When it comes to a winning colour film for the modern film age, look no further than Kodak Portra 400. The stock, a combination of the best of the older VC and NC stocks, the film burst onto the scene as part of the early film resurgence from Kodak. When it comes to fast colour films and money is no object then you want to shoot Portra 400, it’s like the Tri-X of the colour film world, you can push and pull the film all you want, even on the same roll! Which makes it in my mind the perfect film for digital shooters to play with if they’re coming right to film. And while I don’t shoot a lot of colour, I will always reach for Portra 400. 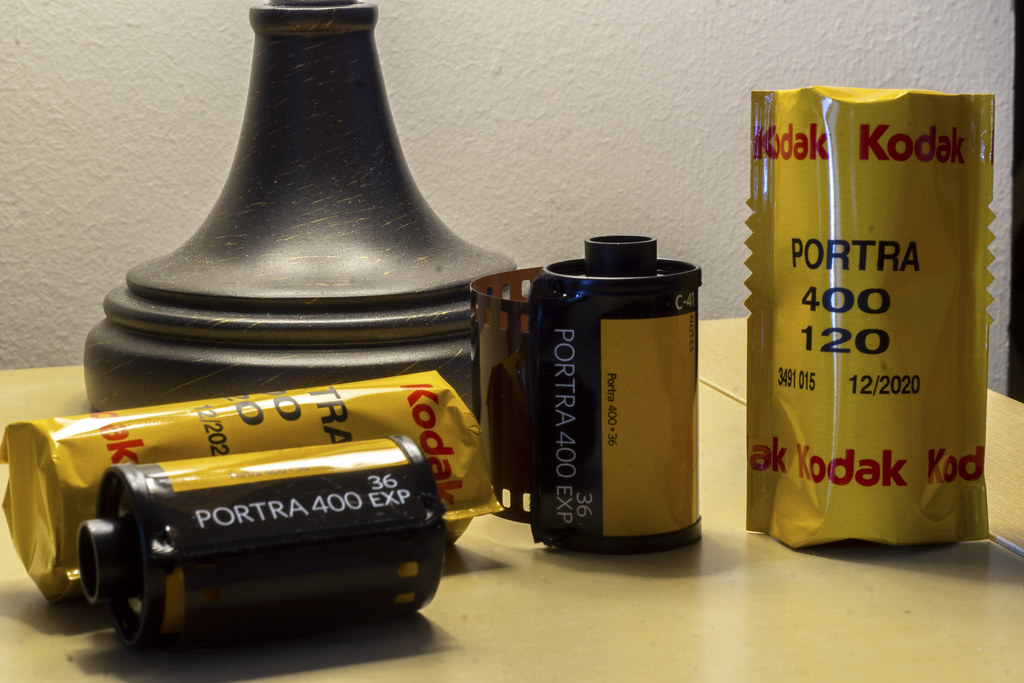 Colour Redition
One of my favourite things about Portra 400 is that like black & white film it changes based on how you shoot. If you pull it down to between 100 and 200 you get this soft pastel look that you find with Portra 160, shoot it at box speed you get bright colours and smooth contrast. Push it up to between 800 and 1600 you get a punchy contrast. Which means you tailor the film speed to the look you want. But at ASA-400 you get a rich colour pallet that is pretty darn true to life! Having shot these review rolls in a lot of different lighting situations, in bright foggy weather, bright clear sunlight, indoors, and in the dusk, and even these the colour rendition is perfect.

Image Quality
Quality wise, Portra 400 has always impressed me from the first roll I shot for a friend’s wedding to the images I shot for this review. Porta 400 has smack you in the face sharpness no matter which format you shoot on. And for a 400-Speed film has fine-grain even at ASA-400 and is pretty manageable at 800 and 1600. And that sharpness is maintained even when you push or pull the film. You add this onto the stunning colour rendition I spoke of in the previous paragraph, and you have a film that is pretty close to perfect in my view.

Scanning
Out of all the colour film I’ve come across the easiest to scan in Portra 400, the images do scan a little to the green side, but it is easy to fix in Photoshop even using the automatic functions, or simply let the scanning software take care of that, both stock Epson and Nikon scanning software does a good job. The one thing I did notice is that in some cases there are some colour aberrations on the scans when you go to 100% but even with that left in you don’t notice it further away. Plus these are easily removed through Photoshop’s noise reduction filter, without any loss of sharpness.

Overall Impression
Like Kodak Tri-X my colour film of choice when I have zero ideas on the lighting situation or the situation, in general, is Kodak Portra 400, it is by far the most versatile colour film I’ve come across through my whole time of shooting film. And the real power behind Portra 400 is that +/- 2 stop forgiveness that it has and that is thanks to the fact is it based on motion picture film, Kodak Vision3. Now, this all does come at a cost, Portra 400 is not cheap, and I do shoot it sparingly because of it. You can get similar results from consumer grade film such as Kodak Max 400, and it probably has the same amount of forgiveness as Portra 400, but I cannot speak to that as I haven’t tested it. And while I stand by my recommendation that Portra 400 is a good choice for a digital shooter coming to film to use, there is one thing that Portra 400 gives that digital doesn’t, that awesome change in behaviour as you push and pull.