When it comes to Kodak’s film catalogue, there are many films in it that we have never seen much of in North America. Among those, the one that confused me the most was ProImage 100. Despite the name, Kodak documents in no way claim that ProImage 100 is a professional film, but then again what makes a professional film? Maybe because it does not come in sheet film format, like Ektar and Portra? That said, I feel ProImage 100 is a great film to shoot in a professional setting, the soft contrast, excellent colour rendition, and slow speed make it a fantastic hybrid of Portra and Ektar. 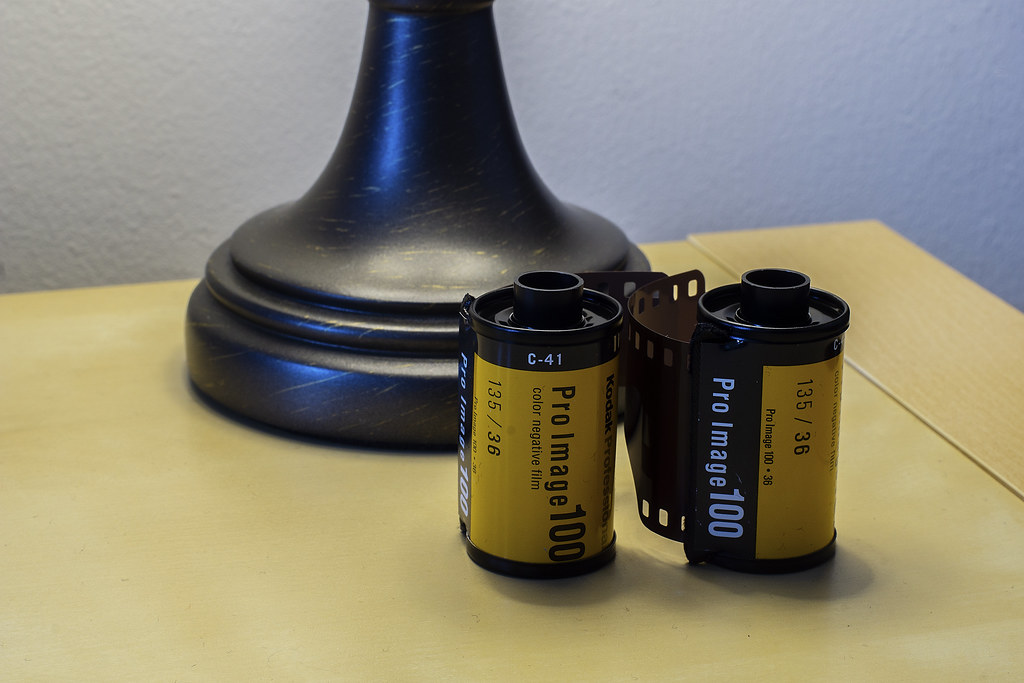 Colour Rendition
One of the things I like the most about the film is how well it handles natural colour. The low contrast nature of the film makes sure that everything is rendered well both in bright sunlight like the first roll I shot to hazy, dull, and foggy conditions as with the second roll. In both cases the colours are wonderful, everything looks just right. Blue skies are blue. Leaves are green. Buildings are grey, water (at least in Chicago’s case) is a wonderful greenish-blue. There’s no punch you in the face greens, reds, or yellows. Which in some conditions you get with Ektar. Now I’m not saying that bad; it’s just in some cases, you don’t want that. And while I didn’t take photos of people with this film, based on what I see, this would make a great portrait film for weddings, or even studio work with strobes. Here’s where I see the hybrid nature of the film, the colour palette of Portra 400 with the film speed of Ektar.

Image Quality
For a consumer film, the images produced by ProImage is amazing. They are sharp, fine-grained, and have a lovely colour palette. Having used the film in both dull, foggy conditions and bright early morning sunlight, it performs like a professional film. And this being an older film emulsion as it only came to North America a couple of years back now. Now it is a touch grainier than say Ektar or Portra 160, but you know, it doesn’t matter unless you’re pixel peeping. But you have the same level of sharpness that I get from Portra emulsions.

Scanning
Digitising ProImage 100 is a dream. For this review, I used both a Nikon Coolscan V ED and an Epson V700 with their stock scanner software and final edits being done in Photoshop CC. In both cases, there was little in the way of aberrations introduced during the scanning process, some colour noise but easily removed in Photoshop. Colours were on point and were easily adjusted using the automatic functions. In some case, I noticed a colour cast, in the highlights or shadows, but these were again easily corrected.

Overall Impression
Out of all the colour films I have reviewed to this date, ProImage 100 is a strong favourite. It balances out colour reproduction and contrast, affordability and performance. And it is a real shame that you cannot get the stock in medium format because it would shine in that format. However, because of its newness in the North American market, it is not the cheapest film out there, with most stores pricing it at the same point as Portra 400. Mostly due to the fact it wasn’t meant originally for the North American market. But it certainly is a film worthy of giving a try if you want something a little different than you average Ektar, or you prefer to the colour palette of Portra 400 but don’t want to bother pulling the film. And while I’m not one to shoot colour film often, I certainly will consider ProImage 100 for future trips and jobs.