Connect to your inner self and welcome the power of the Olympus OM-System. A true gamechanger when it released the Olympus OM system turned the professional market upside down when it was released in the 1970s showing the world that a professional camera system didn’t need to be bulky. Join Bill and John along with special guest co-host Lori Brooks in our season six premiere as they discuss the magical single digit OM cameras, along with 3D printed cameras, and homebrew ECN-2 chemistry.

The OM Factor
Olympus already had an established name within the camera industry in Japan but had not ventured into the SLR market. Sure there was the false start, a stopgap in the form of the Olympus FTL (some say Olympus didn’t even build it, but that’s a different story). Now they did produce an SLR, the non-traditional, half-frame Olympus Pen F, not to mention their amazing lens design in the D.Zuiko. Taking their three decades of design knowledge and leveraging the team of designers lead by Yoshihisa Maitani, they began to design not just an SLR, but a whole system. From the lenses, the body, focusing screens, drives, 250-shot backs, and more. Olympus would present to the world at the 1972 Photokina event, the Olympus M-1 and the M-System. Leica, of course, not happy and quickly went after Olympus who after 52,000 bodies rebadged everything to OM-System a year into production. The OM-1 was no different from any other SLR of the era, open-aperture metering with a CdS meter and an all-mechanical camera. By 1974 Olympus released an MD version to allow access to the new motor drive and 250-shot back and even older OM-1 units were offered upgraded bottom plates to allow for the use of the drive. By 1975 Olympus leveraged the new use of electronics to produce the semi-automatic OM-2. The OM-2 offered aperture priority semi-automatic metering by taking a meter reading directly off the film plain known as Auto Dynamic Metering, a feature introduced first by Olympus. Both the OM-1 and OM-2 got updates in 1979 known as the OM-1n and OM-2n. The updates to the OM-1n included a redesign of the film advance, an updated flash interface to use the T-Series flash, and a flash ready indicator. The OM-2n had far more updates from a slimmed-down film advance, movement of the reset function to the top plate. Additional sync ports on the flash contacts. You could also use the T-Series flashes and the Recordata back. In 1983 in an effort to draw Olympus users to update they released an updated mechanical SLR the OM-3, but it proved a bit of a flop as customers continued to use their OM-1n. Production of the OM-2n ended in 1984 in favour of a new variant, the OM-2SP (OM-2S for American markets). The OM-2SP would provide a testbed for a future camera. As the name implies the camera offered full auto-exposure in addition to manual and semi-automatic modes it also provided full backwards compatibility with weather sealing. In 1986 Olympus released the unique OM-4. By this point, Nikon’s FA had introduced the idea of a matrix meter. Olympus decided to take their own approach to such a metering system with the OM-4 using the multi-spot meter. And while the OM-4 had been designed to replace the OM-2n it had more in common with the OM-2SP released two years earlier and shared much of the functionality and features of the camera. But sales of the OM-1n continued well past even the discontinuation of the OM-2(n), OM-3, and OM-4. Production of the OM-1n would end in 1987. In a strange twist, Olympus would reintroduce the OM-3 as the OM-3Ti in 1995 and production would continue along with the OM-4Ti and OM-4T well into the 21st Century with production ending in 2012.

Print Your Own Cameras
As the power of 3D printing is taking hold and the technology is improving some folks are turning to 3D printing to build cameras. Which in our opinion is a better use then using the technology to build guns. At the centre of much of this move is the folks at Cameradactyl! The brains behind some of the products are Ethan Moses. Ethan has designed a few cameras such as the HOMONCULUS 69 which uses Mamiya Press lens and Mamiya or Graflex roll film backs. There’s also the OG 4×5 Hand Camera which uses 90mm S-K Angulon lens and standard 4×5 holders. And he just completed his second successful Kickstarter to bring the Brancopan, a 35mm panoramic camera (like the XPan) into reality. But Ethan isn’t the only one doing the 3D printing thing, Dora Goodman is another fantastic camera maker. And if you’ve seen her Instagram Feed, she does some amazing work both with custom designs and custom restoration and customisation of cameras. Plus the joys of designed 3D printed cameras is that you don’t have to just buy the completed product, you can buy the designs and if you have access to a printer you can print the cameras yourself and assemble them yourself! And you don’t even need something ultra-high-end, a Creality CR 10 or Creality Ender 5 will get the job done according to Lori. Just be patient, such tasks do take time. 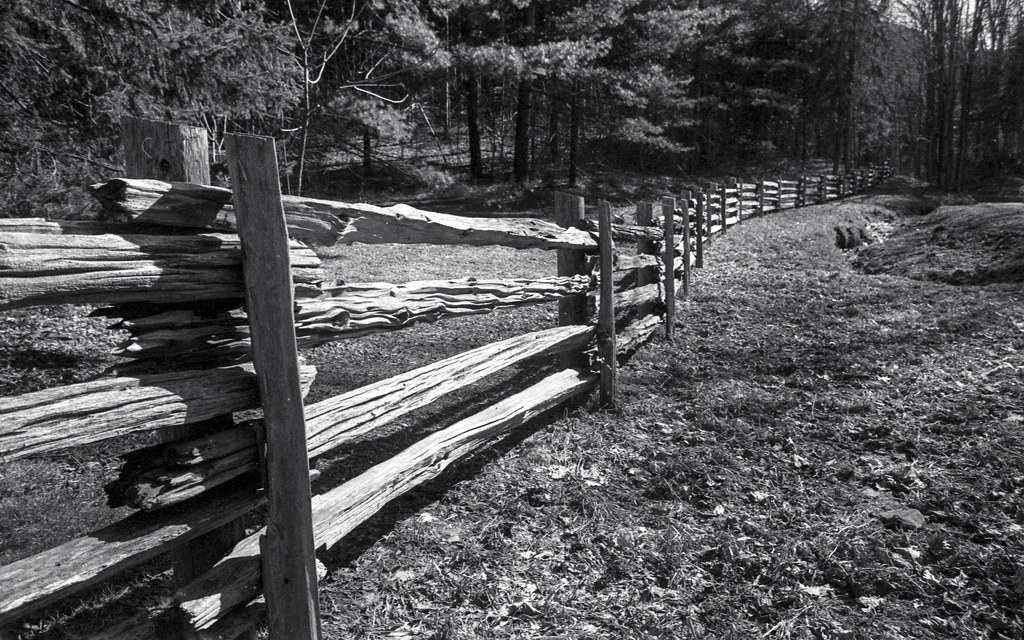 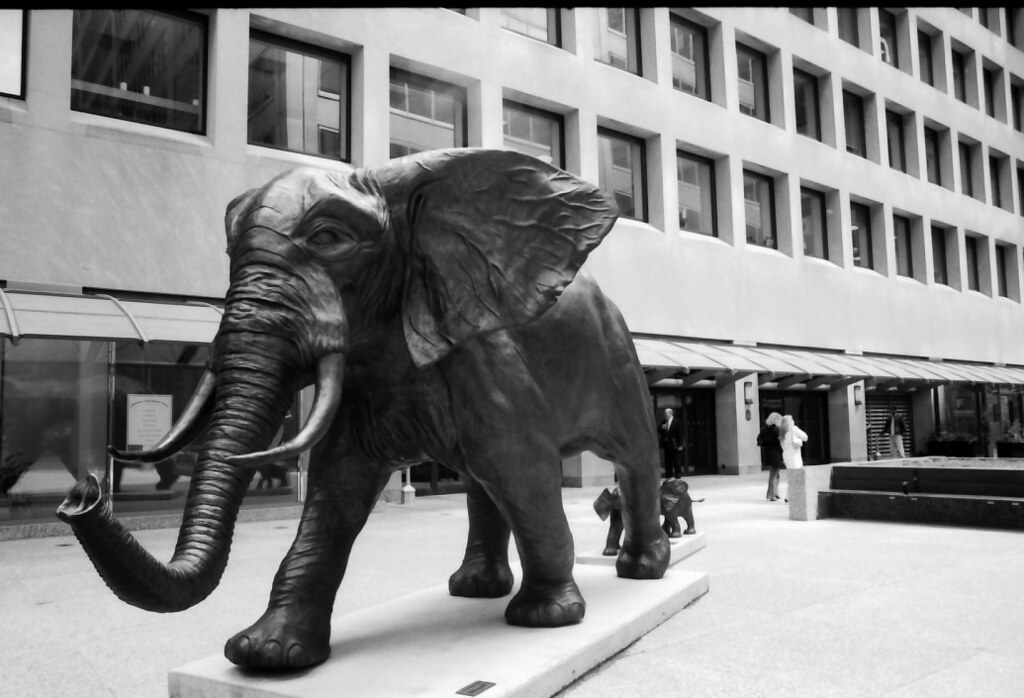 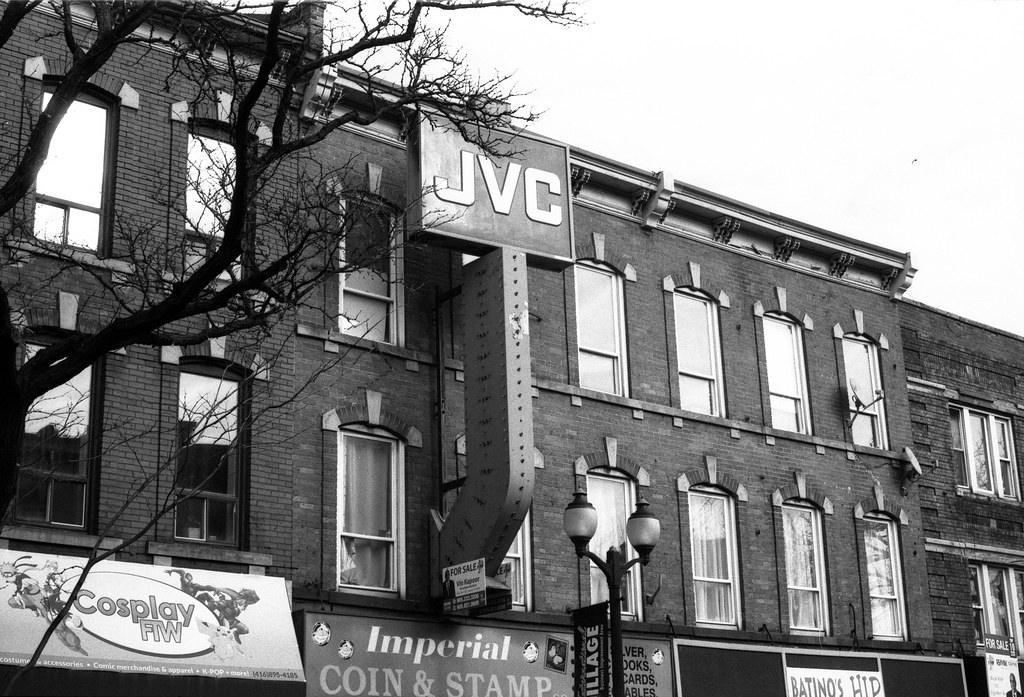 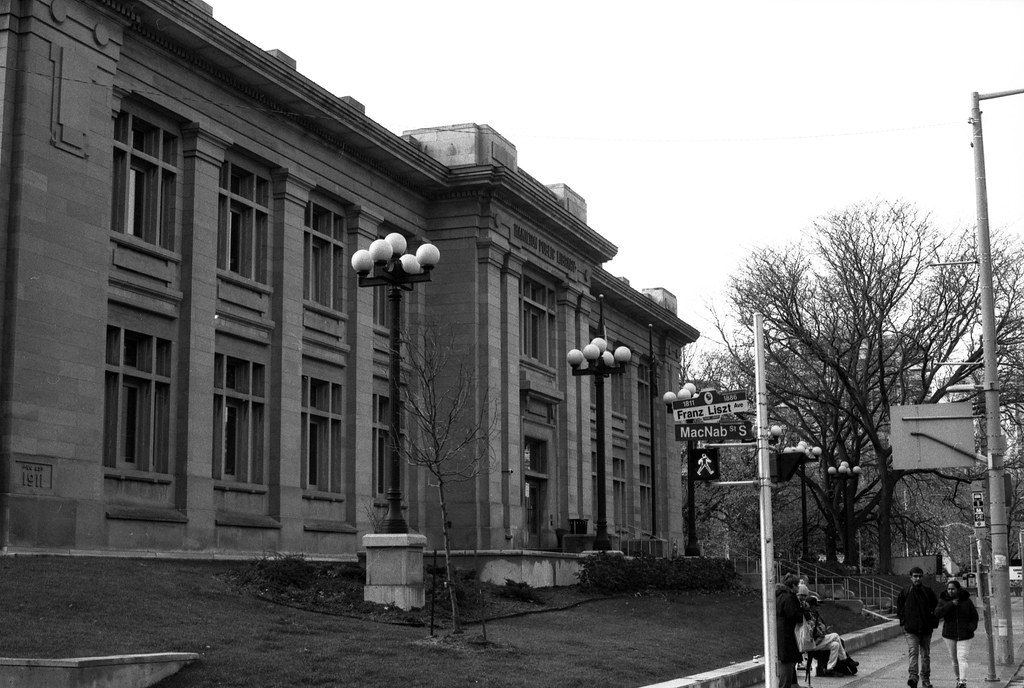 Moving Pictures – ECN-2 at Home
While you can easily process your Kodak Vision3 and other similar motion picture film at home in standard C-41 chemistry. And dealing with the Remjet layer while annoying can be easy if done right and carefully. But did you know that technically by processing the film that way you’re cross-processing? The ECN-2 process isn’t just C-41 with a step to take away the remjet, it’s designed to work directly with the Vision3 film to produce a different colour look. And while you can’t just go out and buy the stuff like you do your average Tentinal kit. Lori is among those who have worked out how to mix up the brew at home. For Lori, she starts with a pre-wash, then a soak with a remjet removal chemistry (100g Sodium Sulfate, 20g Borax, and 1g of Sodium Hydroxide then distilled water to make 1L) pour out and save the stuff is reusable. Then you need to wash the film again, shake it like a James Bond Martini, and when you pour out you get black water. Keep going until that water runs clear. Then process your film as you wish in either ECN-2 or C-41. 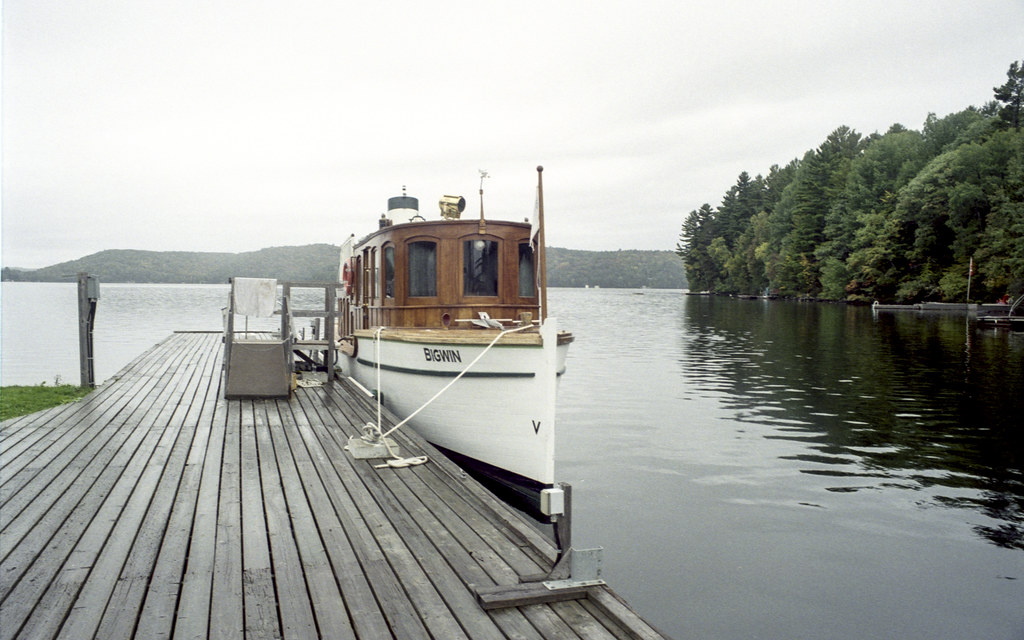 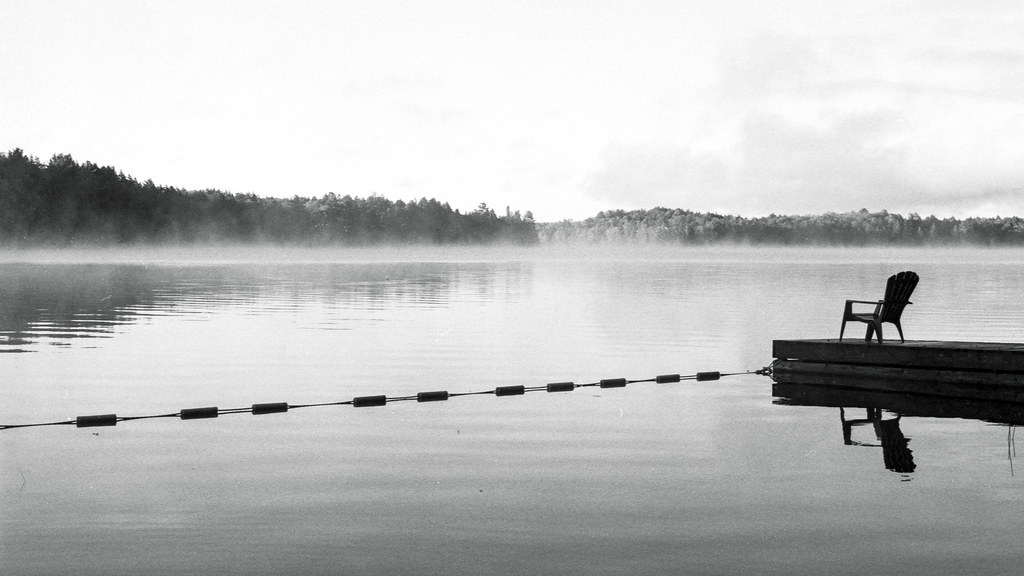 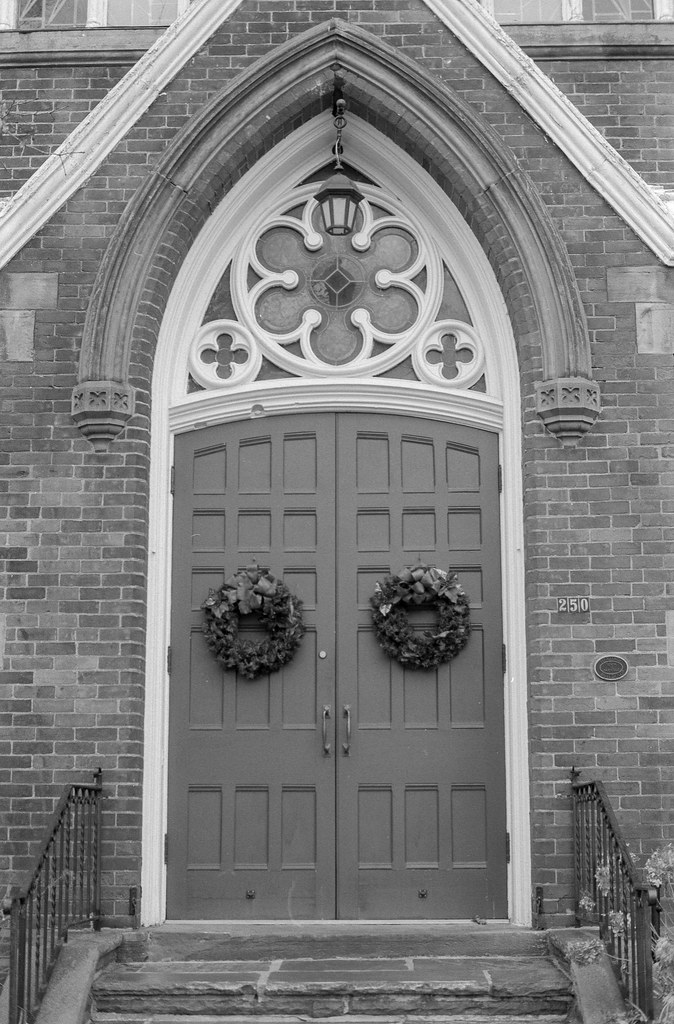 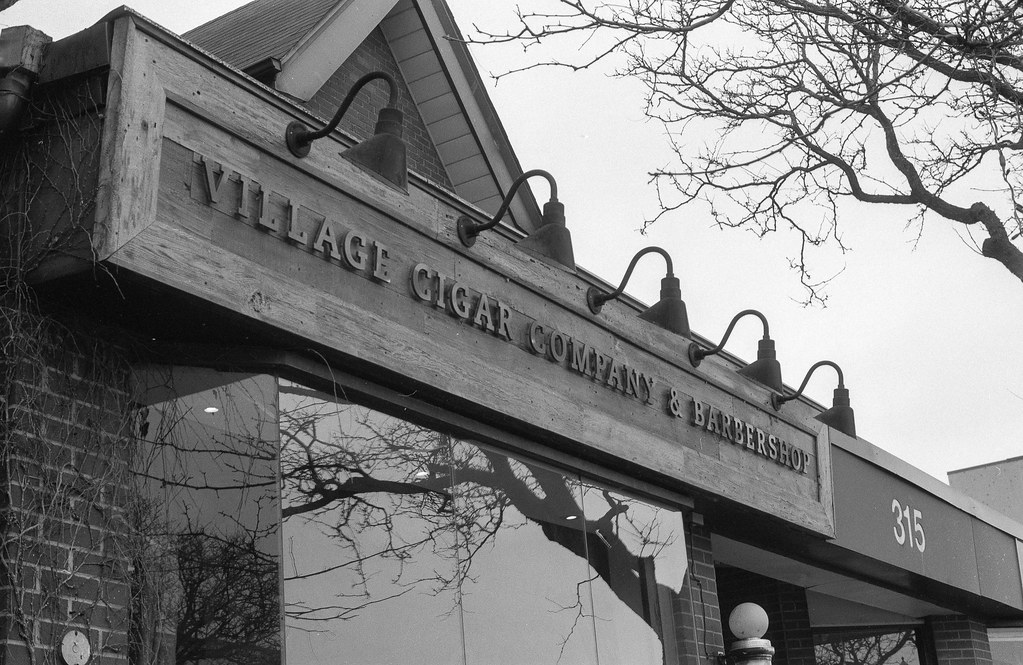