I’m usually on the ball with things like this, but I’ll be perfectly honest, Expired Film Day(s) nearly slipped past my radar. And to think, I even had a roll of film waiting to be used just for this specific day. Back last summer I got a couple of rolls of Kodak Tri-X that expired back in 1982 that were manufactured here at Kodak Canada and were from the exact same lot. There were actually several rolls but I only got two, another two went to another member of the Toronto Film Shooters community. We both commented that this may have been the first time these rolls had been separated. Now I’m usually pretty cavalier with my expired film, shooting it at box speed, processing it as normal. But I’ve shot Tri-X this old in the past, and the results were grainy, to say the least. So having a rare free Saturday I could get out during the day and get a lot of film shot for some future content, I brought along one of my expired rolls of Tri-X. But this time, I decided to pull it down two stops to ASA-100 and then stand develop it in Rodinal. While not the ideal option, I’ve done this before with a roll of HP5+ and got some decent results. So I loaded up the roll into my Rolleiflex and hit the streets of Milton on a Sunday morning before church. 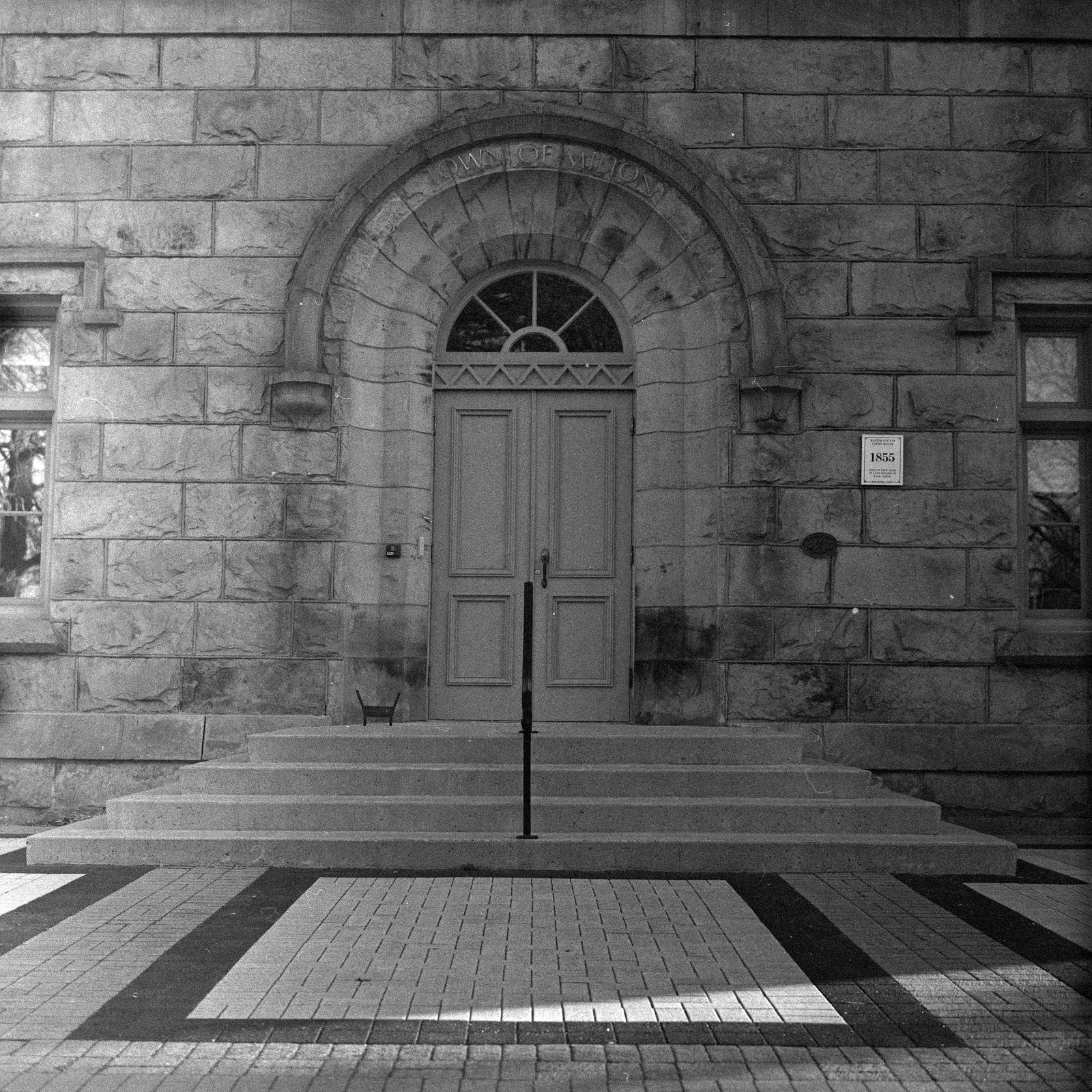 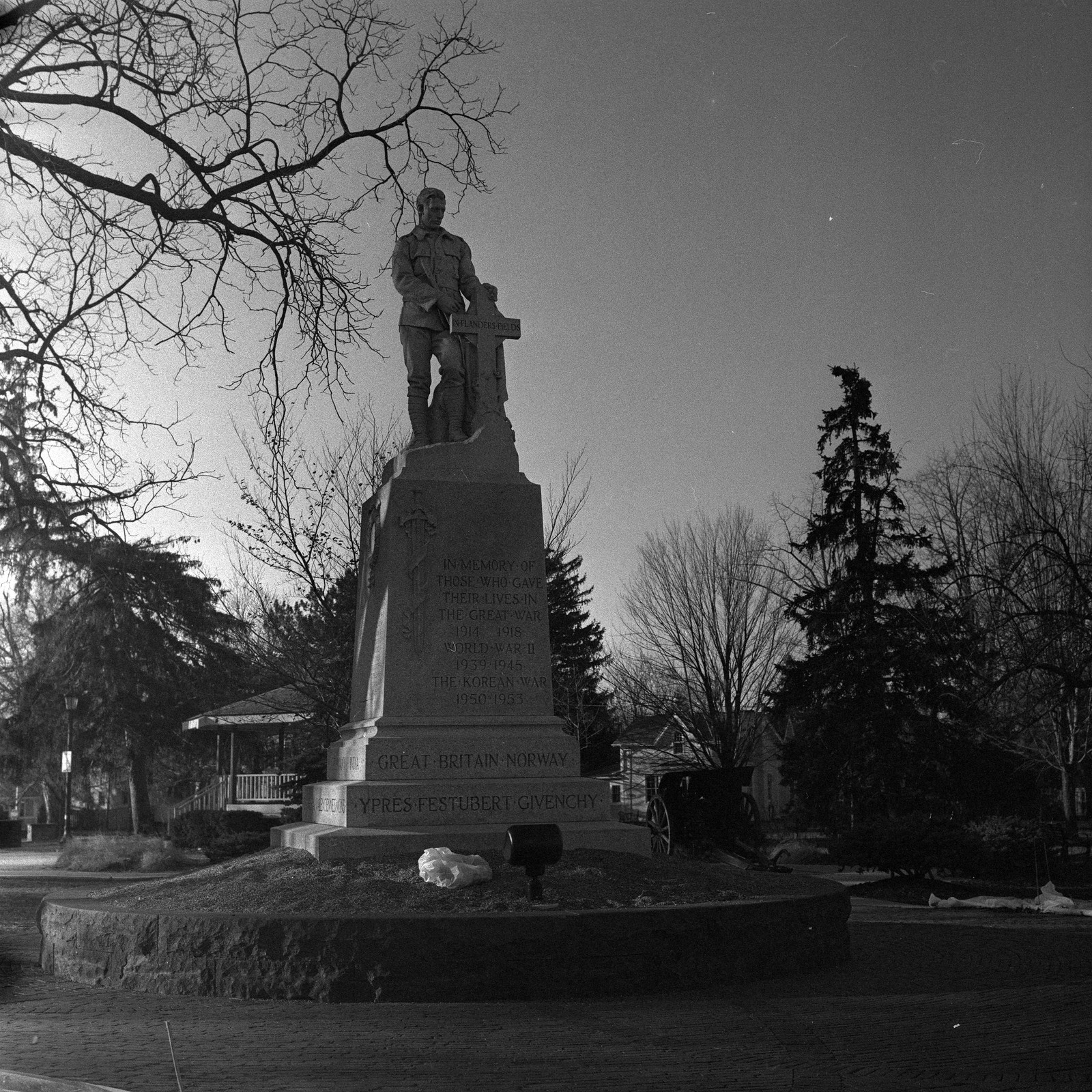 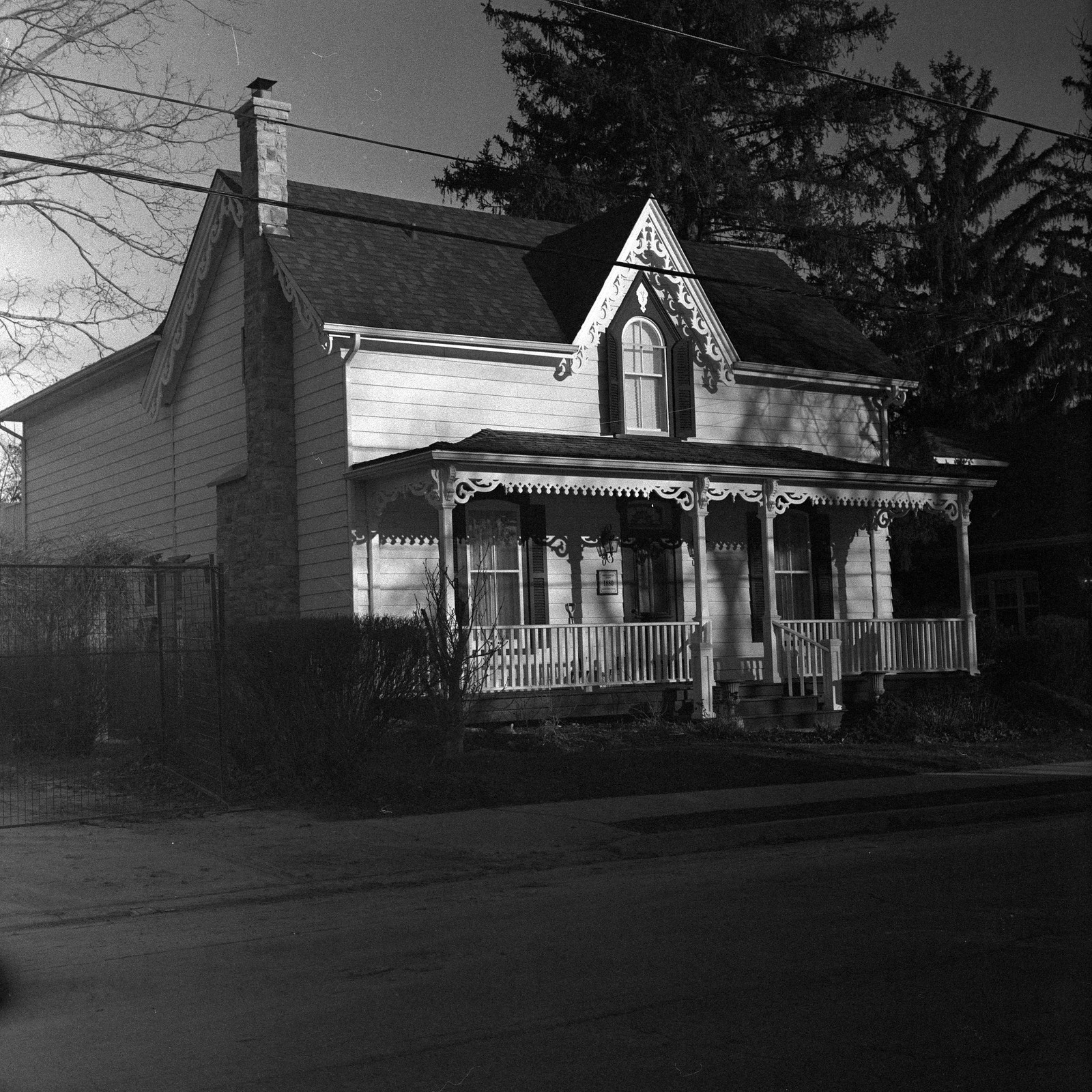 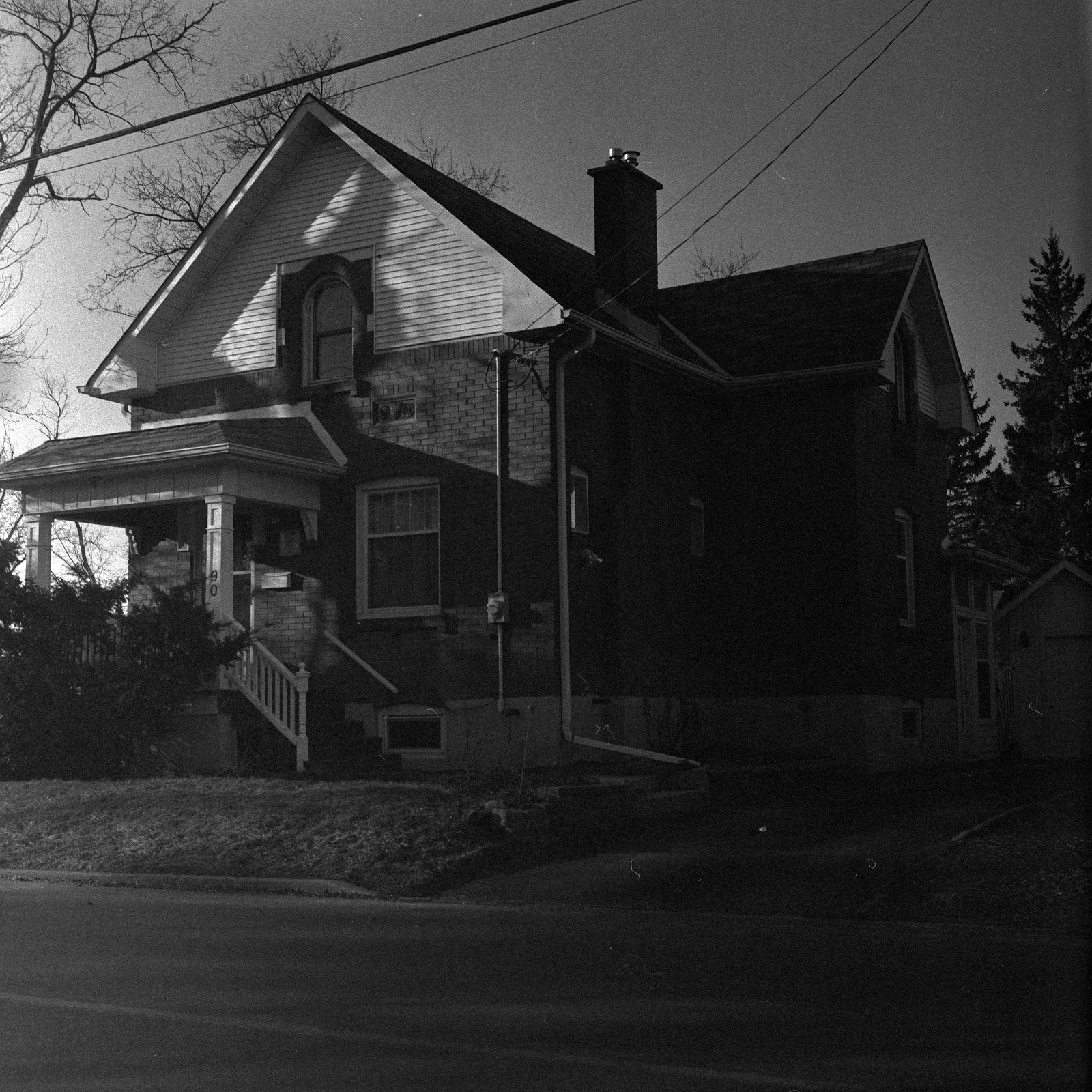 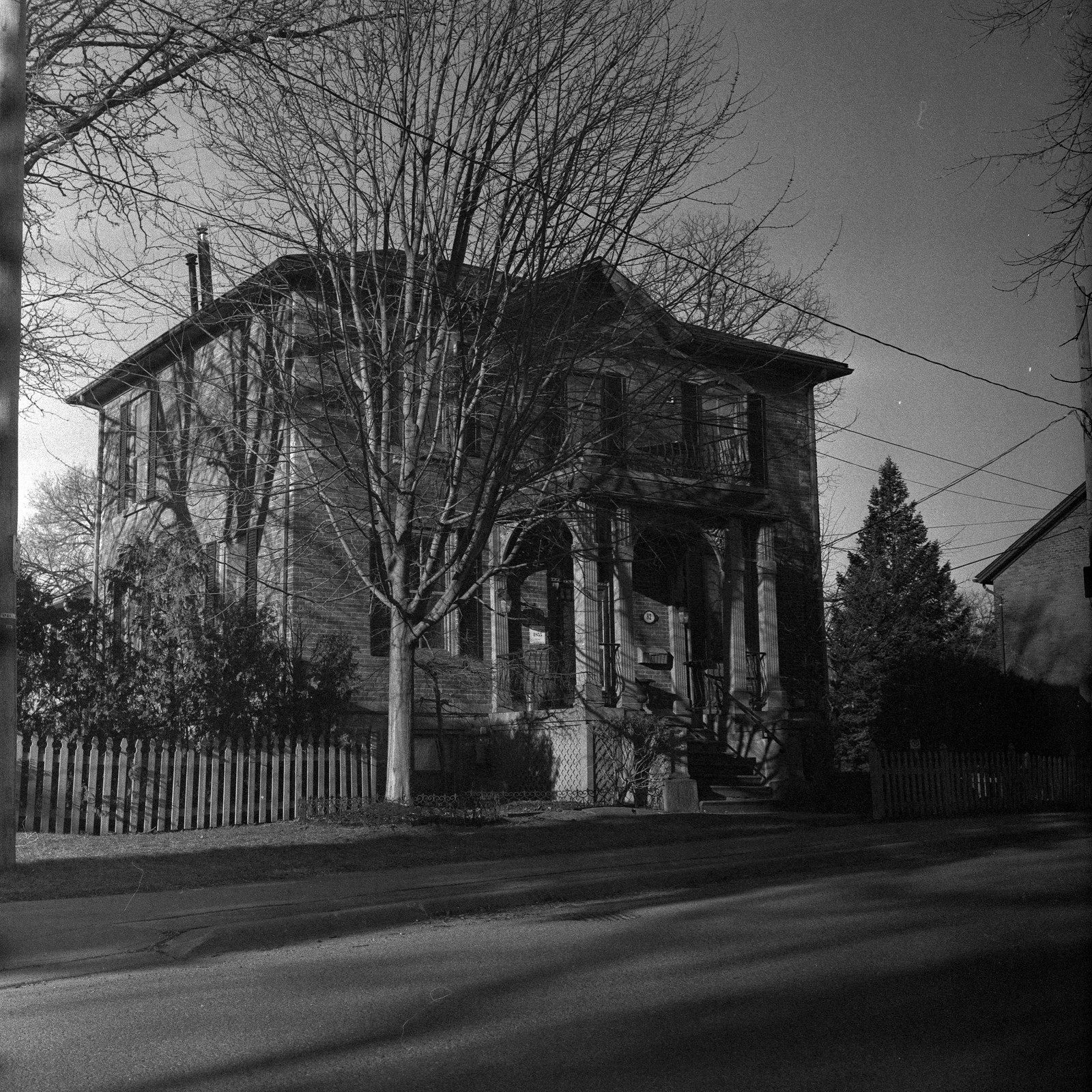 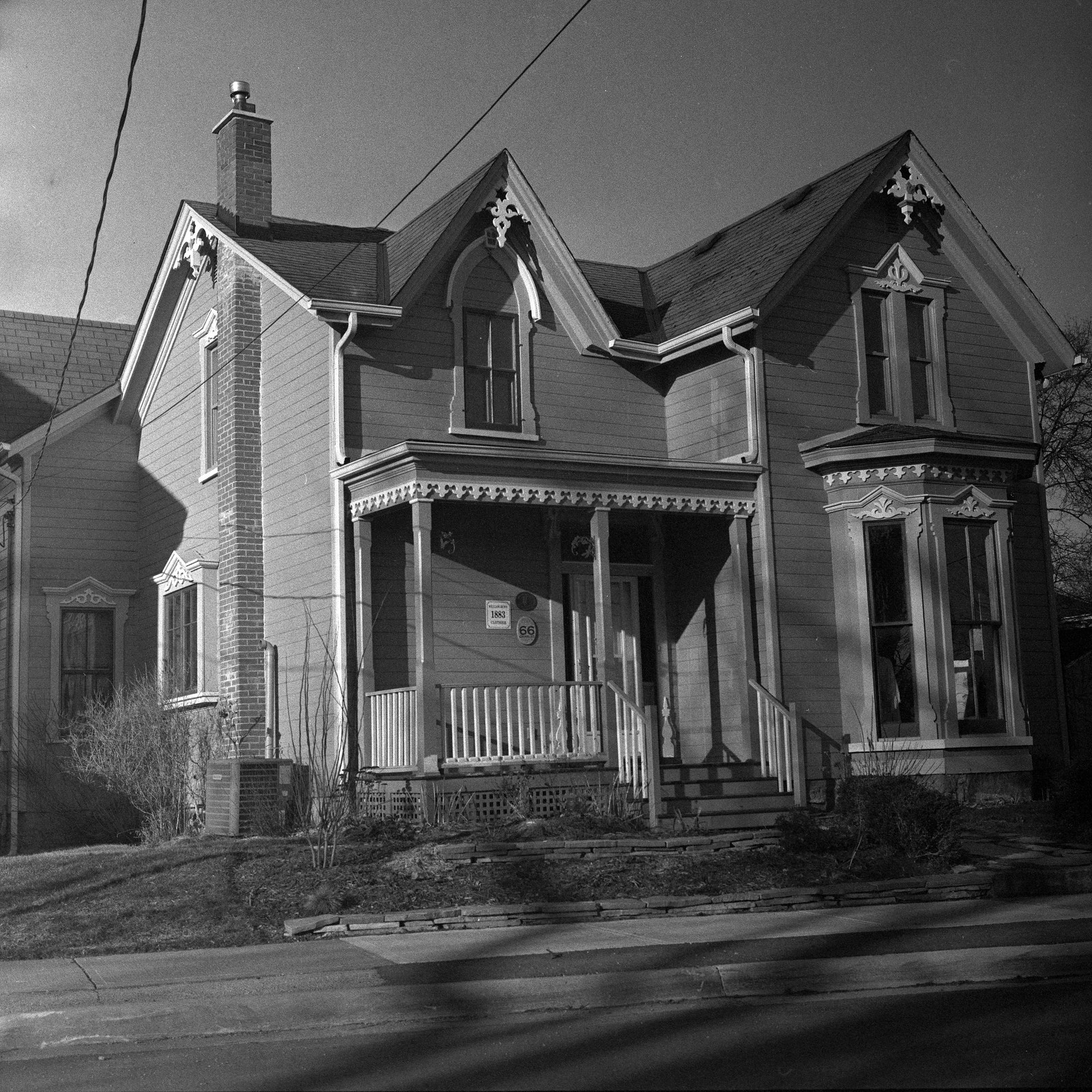 I have to say, I loved the results I got here. There’s a certain starkness to these images, grain, strange patterns, but nothing terrible to be honest. But if you looked at the negatives you might think otherwise. The fog is nasty, I think I might go with HC-110 to shoot the second roll the same way with a two-stop pull and develop for 6 minutes in Dilution B. That might be coming soon. And while I keep saying every year I shoot for expired film day that I should run with colour, I keep on being drawn back to B&W, I find it more fun, and easier to play with and get near-instant results.