Despite everything, the past couple of years have been wonderful for film photography. Both with films being reintroduced like Kodak E100 and a new version of Fuji Acros (Fuji Acros 100 II). Plus you have folks like Lomography re-rolling iconic motion picture films ORWO UN54 (Potsdam) and N74 (Berlin) and there’s the new production level run of FilmFerrania P30. You have Ilford introducing Ortho Copy as Ortho Plus in 120 and 35mm formats, it’s been a good year! We are joined again today by the awesome Jess Hobbs!

Ilford Ortho Plus
While certainly not a new film in Ilford’s lineup, Ortho Plus is only recently available in roll film formats (Fall 2019). While officially an Orthochromatic Film, adding a Green filter to your lens gives a nice gentle tonality. Sadly when first released, there were only a limited number of developing combinations, so Jess set out to figure out times for Xtol and managed to (despite her dislike of Math) mapped out the curve basing her information on that of FP4+. And also figured out that the stock loves the snow, so perfect for the upcoming winter. Not only that you can shoot the stuff super-slow, going down to ASA-6, just use that D-76/ID-11 (1+1) 10.5 minute time. 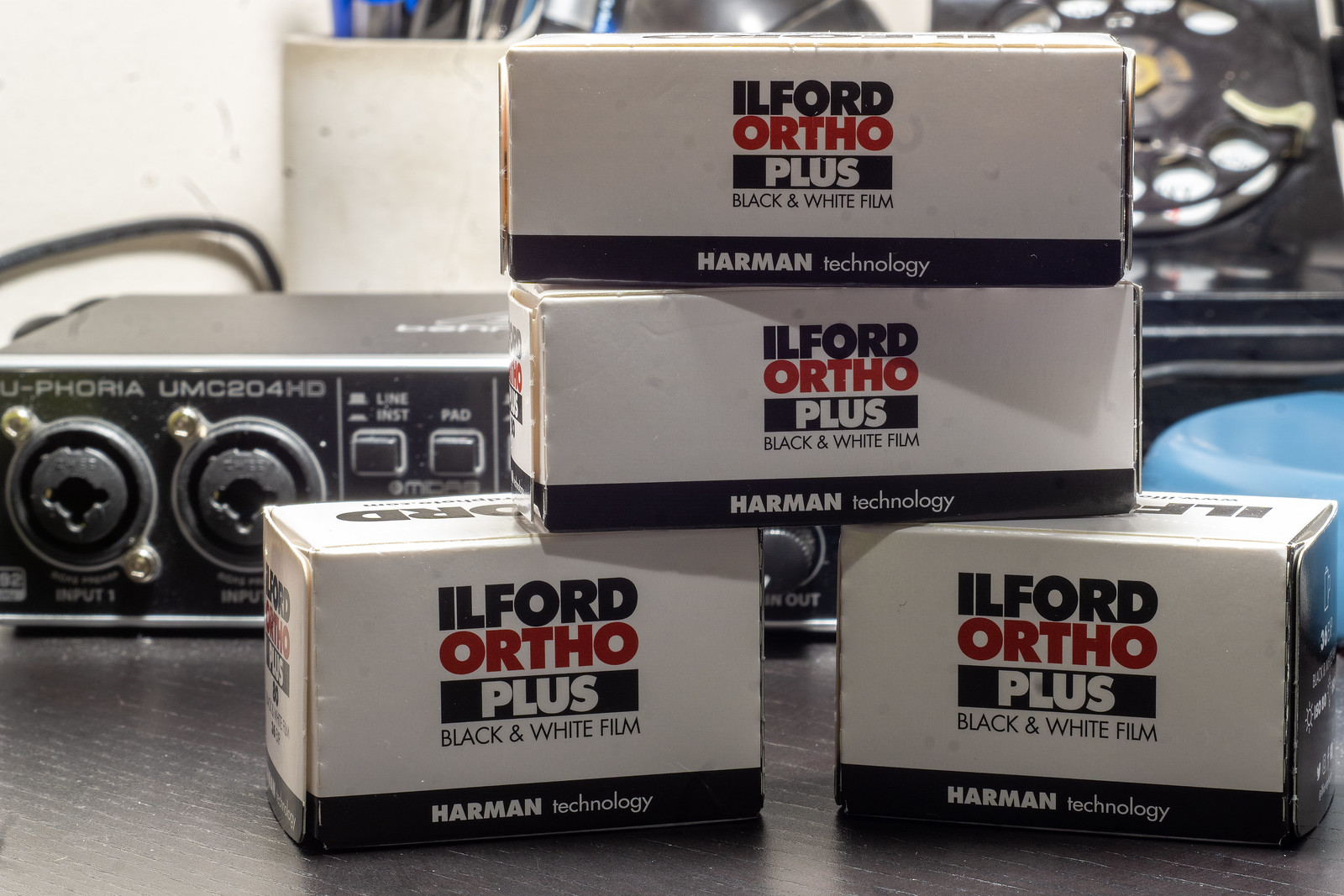 You can also check out Jess’ Video on shooting Ilford Ortho Plus and developing in Xtol!

Lomography Potsdam
There are no strangers on this bridge, coming as Lomography’s second offering in their Kino line and first to come in 120, Potsdam is standard ORWO UN54 a brilliant Plus-X clone from the GDR. While it can be a bit more grainy than your average ASA-100 film, it’s all about choosing the right developer. John, who has shot kilometres of the stuff loves it in Microdol-X (or LegacyPro Mic-X). But being a motion picture film, it looks stunning in Kodak D-96 (which you can get from Cinestill and the FPP) and it also does well in Pyrocat-HD. If you don’t want to pay the price to order it from Lomography you can buy it in bulk rolls from ORWO North America, but you can only get it in Medium format from Lomography. 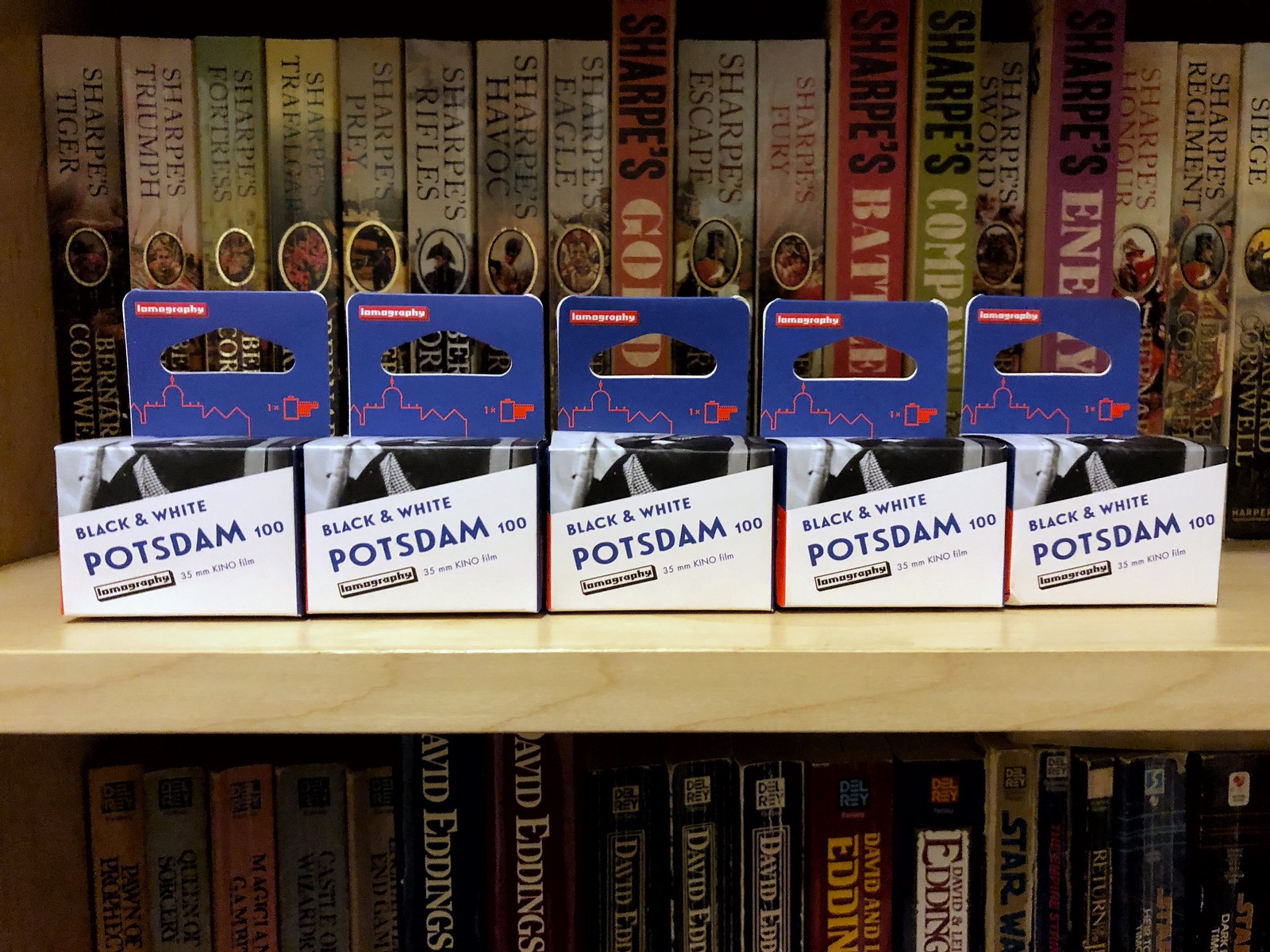 Lomography Berlin
And we have another cold war favourite, ORWO N74 is the true source for Lomography Berlin the first of their Kino lineup of film and recently released in 120. But this isn’t the first time that N74 has received a rebrand, the original Berger BRF400 is sourced from the same master roll. While far more grainy than what most people expect from films these days, it has a certain sharpness, excellent tones, and just loves a rainy day. While we don’t recommend working with the film using Rodinal, developers like HC-110, Microphen, and D-96 works wonders. 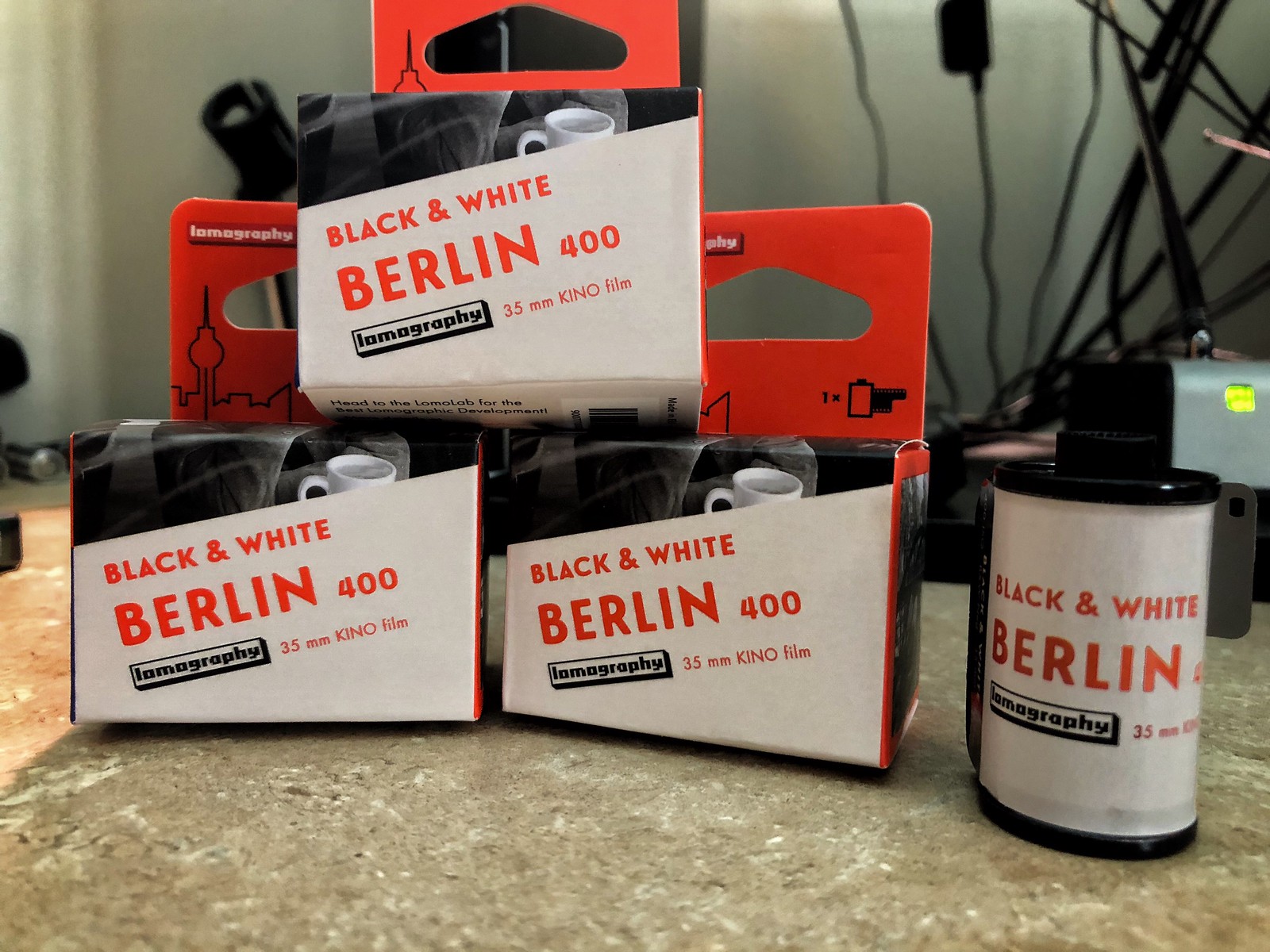 FilmFerrania P30
When FilmFerrania relaunched a number of years ago they promised to bring a new slide film to the market, but through their experimenting, they reinvented another classic Ferrania Film, P30, a classic motion picture stock. Recently they just switched over from the original Alpha to a proper production run and are now hinting at releasing it in 120 formats which has all of us excited! If you’ve never used P30 before it isn’t the easiest film to get along with and some have had excellent results others have had more a mixed bag. It’s all about developing it right! It honestly works best in D-76 or D-96 but others have had excellent results in HC-110 and Rodinal. 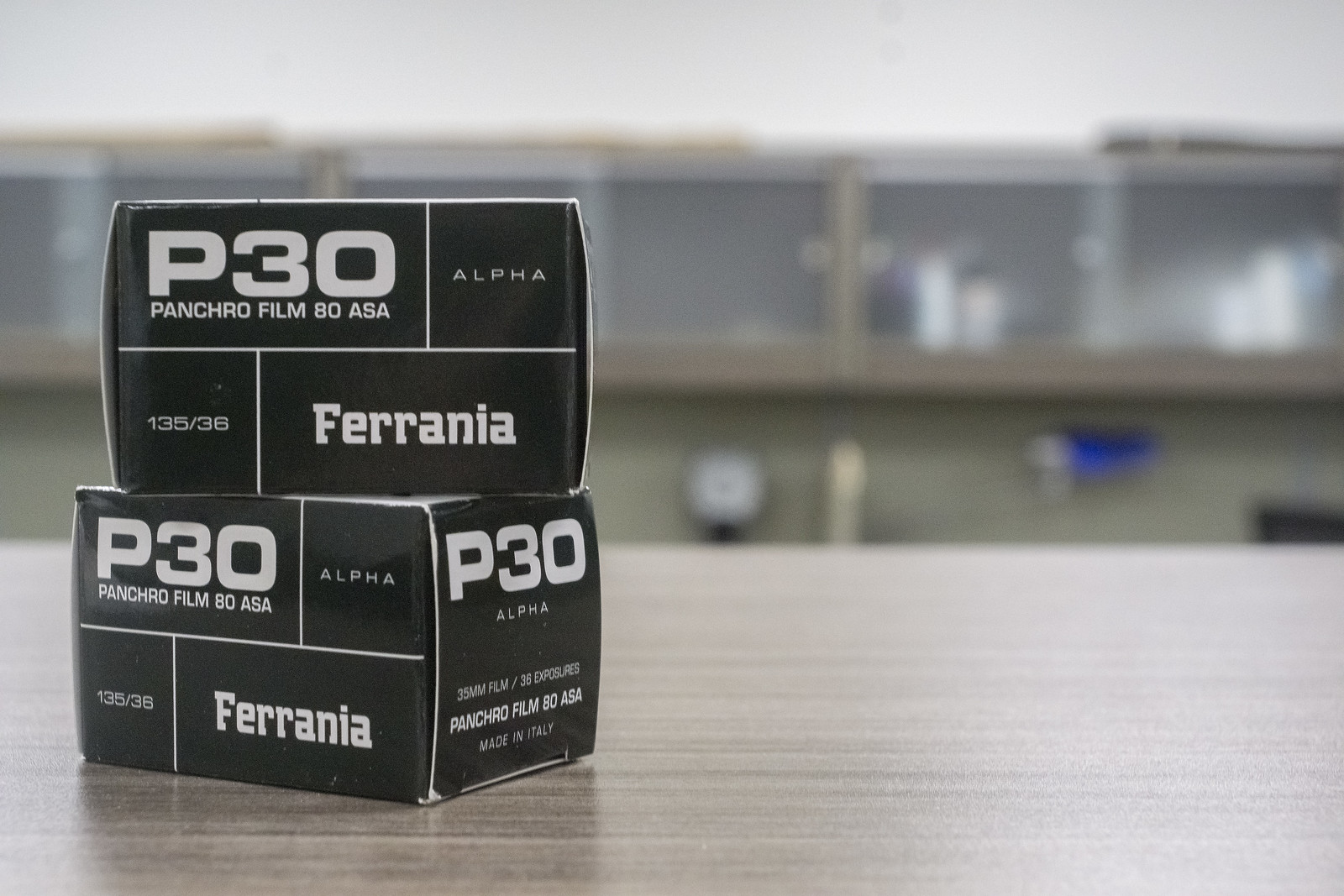 You can also check out Jess’ video on her final roll of FilmFerrania P30 Alpha.

CatLabs XFilm 80
Among one of the more controversial films to be released recently, there remains a great deal of mystery surrounding CatLABS X Film 80, while their 35mm X Film 320 is repackaged Eastman Double-X rated a full stop above box speed. X Film 80, at lease Alex feels, is related to the New55 Atomic-X format. All we know is that it’s finished by Lucky. And here in lies the rub according to James, the film is OK, a little boring, but the quality control is terrible. His batch ended up having a couple of bad rolls where there was bleed through. And if you’ve gotten a bad roll of Shanghai GP3 you’ll know what we’re talking about. Now the one thing that James does suggest, is popping on a red filter and shooting under open shadow to get a better contrast. While it’s not a Panatomic-X replacement, it certainly responds to being shot at the classic ASA-32 speed. 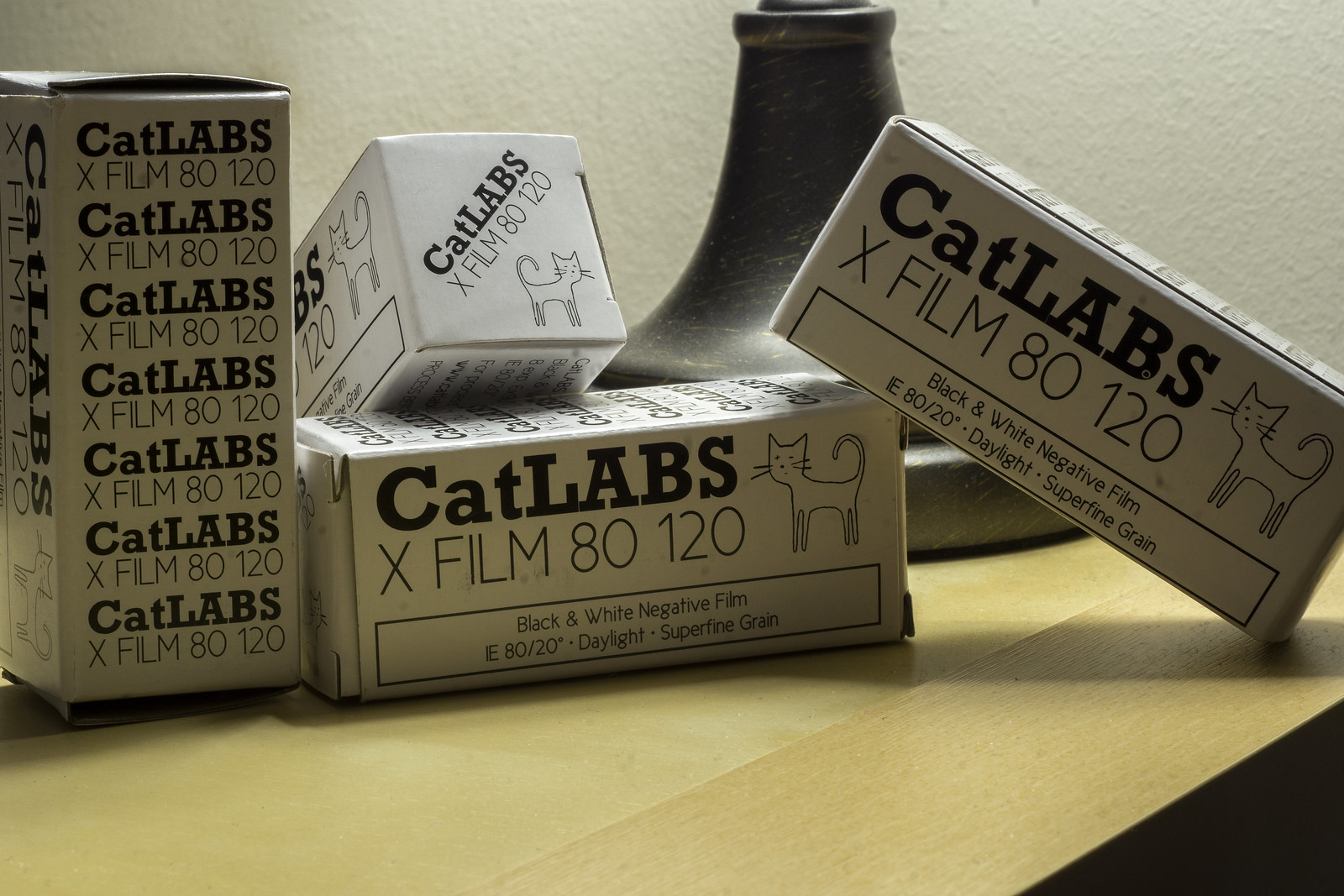