Suppose a singular camera relaunched the love of film photography and sparked the inspiration of hundreds if not thousands of photographers. That camera is the LOMO LC-A. While this particular camera is not an LC-A, it is, in the proper fashion of the original LC-A, a direct successor and continuation on the inspiration given by that fateful day in 1991, but more on that later. The LC-A+ is Lomography’s answer to providing the classic look that gave the latter days of the Soviet Bloc rich saturated colours and heavy contrast. First released in 2006 after the closure of the original LOMO production lines for the LC-A, the LC-A+ added many featured that Lomography photographers were seeking. And while I had no desire to spend money on a new LC-A+, when one turned up at my doorstep, I wasn’t going to say no. 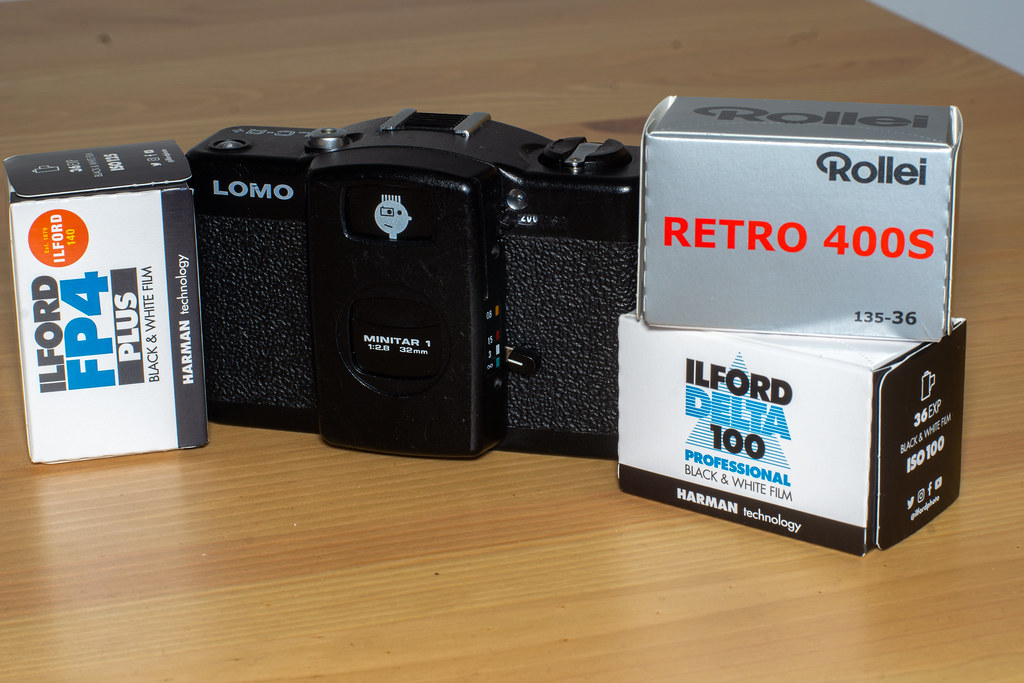 Impressions
If you’re not used to Lomography cameras, you might be a little concerned at how plastic the camera feels, it’s light, and it feels like you might break it by looking at it wrong. And while the camera does have its weak spots, and you do have to be a little careful with it, it is of decent construction. In true Soviet form, the original LC-A was of all-metal construction, but the new LC-A+ is almost all plastic, some metal bits, but it is mainly plastic. But all this and small design makes the camera insanely practical as a pocket camera that you can carry around everywhere without any weight considerations. Control-wise, there is little that you need to worry about on the camera; the two main items are marked and in an excellent spot for how you hold the camera. The focus leaver, which allows you to focus from infinity to 0.8m, is located on the left and controlled by your index finger. Second, the shutter release is located in a comfortable spot for your index finger. The film advance is a dial-type but has rounded knurls, so it doesn’t dig into your fingers in cold weather. The film speed control is awkward to operate, being hidden in a nook with a gear-like dial. You do have speeds between 100 and 1600 which isn’t too bad, but you do not have any slow speeds. One note is that the actual meter sensor is not TTL, there’s a small dome above the film speed indicator. Make sure you don’t cover that with your hands when out, or your camera’s meter reading is thrown out of whack. The on/off switch is under the front lens housing, the multi-exposure button, and the battery compartment. While there’s no hardware for a neck strap, a wrist strap is present and is helpful.

Experiences
If there’s one thing that I can generally describe, my experience with the LC-A+ is fun. Yes, despite any flaws or, as we say in the IT world, ‘features’ the LC-A+ is an enjoyable camera to use. And I can honestly see why it became super popular both in the original run and today in the Lomography circles. The camera is small and lightweight and adds nothing to any camera kit, and can be carried in a pocket. Loading the camera is easy, with the back being released by the spring release by pulling up the rewind knob. Here’s one of the camera’s weak spots; as soon as you pull up the rewind knob, you’ll feel a structural weakness. While mine has not broken, I’m also careful. Loading the film is straightforward, advancing and clicking advance and click motion until you get to the ‘1’ on the film counter. While compact, the camera fits well in hand, and the only real trouble I see is blocking off the exposure sensor. The shutter release is big, and there’s a satisfying click when the shutter is triggered. The viewfinder is big and bright but offers zero feedback or help in correcting for parallax. But if you’re shooting an LC-A+, there’s a chance that you don’t care too much, but the viewfinder is close to what the lens sees. The only feedback that you get is a single red LED that lights up to indicate that there is enough charge in the battery to operate the camera. Once there, just point-and-shoot to your heart’s content. The camera also has a hot shoe, but you’re want to use a smaller flash not to throw off the camera’s balance. Rewinding the film is triggered by a release button on the bottom of the camera, and there’s enough clearance to use the rewind knob without adjusting its height. Despite the simplicity, the camera is a joy to use, even for me given that I’m used to feature-rich cameras with tonnes of feedback and details in the viewfinder, joy in simplicity. Of course, the camera is far from perfect. You will face spacing issues, and missed exposures in strange lighting conditions, and your own hand blocking that metering eye.

Optics
Next to the LC-A’s auto-exposure functionality, the next most significant draw to this camera is the lens. As I mentioned in the camera history, the original Cosina camera had a far more complex lens. Still, the Soviet optics designers created a three-element lens that produces a sharp image. This Minitar lens is a gem among Soviet camera designs, and while the LC-A+ that I had does not have an original Russian lens. If you have a Lomography produced LC-A made 2005-7, the lens is an original one, built at the LOMO factory under contract, with original parts (and in some cases workers). When production shifted to China from 2007 onwards, the lens is made to the same specifications by their Chinese factory. Of course, you can still get a Russian made lens marked with an RL designator, but you will pay an extra premium. The lens produces a unique image that is almost tied to those early days of Lomography and the last days of the Soviet Bloc, rich saturated photos and plenty of contrast. The lens has a decent sharpness for a three-element lens but does have plenty of vignetting at the corners when wide open.

Lowdown
While it will never be a primary camera for me, well, it might for special days like International Communist Camera Day or World Toy Camera Day, I certainly can see it coming along on trips, photo walks, and just being in the pocket or bag if I need a quick run and gun. While I only have shot black & white film through the camera, I certainly plan on trying out more colour film to see that rich deep saturation that the Minitar-1 renders. If you are looking for one of these, it’s going to be buyer beware. There is still plenty of original LC-As floating around, and you can get some for under 100$ on the used market. Honestly, unless it were new-old stock in the original sealed box, I wouldn’t pay more than 100$. Most are averaging 40-70$ on the used market. If you are looking for one, target sellers from the former Bloc countries, Ukraine, which was a famous market for the LC-A, even the Czech Republic and Russia. But remember, the cameras are starting to get old and not many people can fix them. Plus, the original models are known for dodgy shutters. You can still buy an LC-A+ new direct from Lomography, and as I’ve said in this review, they are excellent, fun, and worth some money. New LC-A+ cameras will cost you a fair nickel. You’re looking at 350$ for the basic model. The Wide-Angle version is around 500$, and the Medium Format LC-A is 600$. They are a little cheaper on the used market, but there aren’t many on the market (no surprise there), but I did see the ones in the 130-250$ range. In this case, buy new to ensure a good working model and support the fine folks at Lomography. The LC-A is the camera for the masses, simple, easy to use, and designed, like all Soviet-era cameras, to bring photography to the masses. It did so, twice, not bad for a Soviet copy of a Japanese camera that seems to have overshadowed its original.