When it comes to colour negative films, there are a few fast options out there, and one of the most iconic of these is Fuji Superia Xtra 800. Fuji also released a professional version, Venus and an even faster ASA-1600. Now I’ve never been one to shoot fast films. Usually, I go as high as ASA-800. Even with my Delta and TMax, I’ll rate them lower than box speed. I have shot this film in the past but only ended up with a handful of good shots. Although, like most Fuji colour negative films and any colour negative film through 2021, it became difficult to source a roll or two for review. Thankfully I landed on a single roll of the stuff along with a pair of Superia X-Tra 400 rolls (which are being reviewed next month). Sadly like some films on the secondary market, the viability and storage of the film proved less than ideal. Although I got a good feel for the film, the image quality is less than you would expect from a fresh roll. 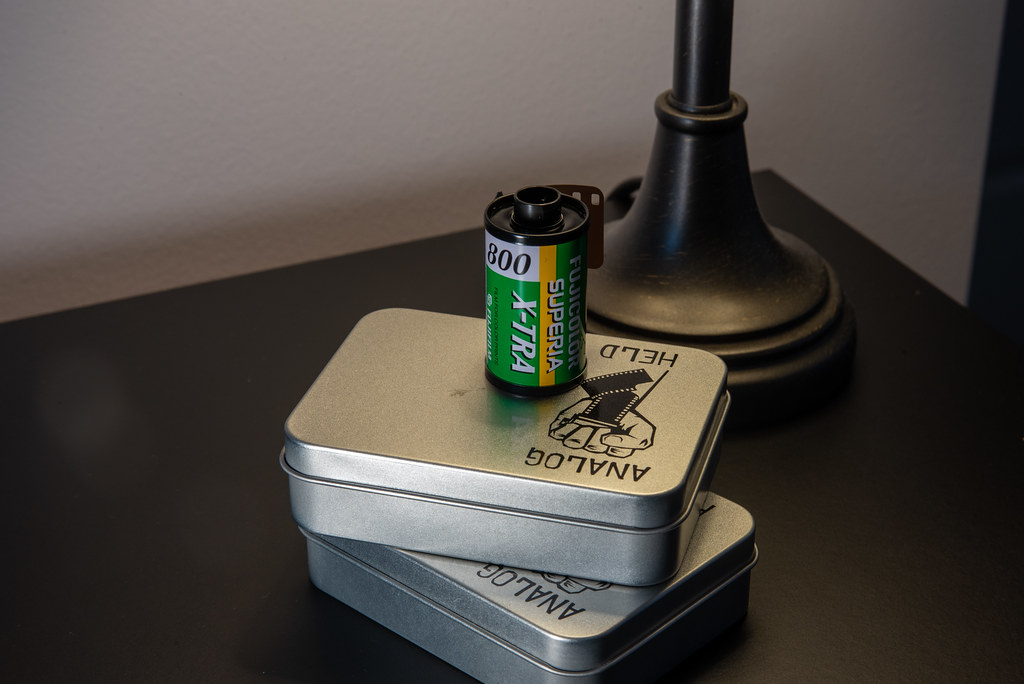 Colour Rendition
The colour reproduction is near perfect; even in an expired state, you can see excellent reds and greens being the strongest and most natural. And they aren’t overly contrasty either, with a good mid-contrast not too dull but not excessively bright. Even in dull weather, each colour is faithfully replicated in that typical Fuji colour pallette. And it even performs well in any lighting condition, from direct daylight where you have the best performance, overcast and even inside. When shooting under artificial light, you have an orange/brown colour cast but nothing too serious.

Image Quality
The first thing that impressed me the most was that despite being heavy, the image quality of Xtra 800 is decent! Most of the deficiencies I found with the film come from poor storage and the expired nature of the film. The film is sharp mainly when it comes to edge sharpness or acutance, thanks to an excellent grain structure. And the grain is pleasing and present but is not distracting from the image (in the best conditions, mind you), but even in an expired state, the grain isn’t too bad. And significant issues can be easily overcome with a bit of noise and grain reduction in post-processing. The film’s tonal separation is decent, allowing for good contrast and that shows given the bad weather conditions I was shooting in during the day. With the rain and heavy overcast and overall low-contrast lighting, Xtra 800 performed well, providing an extra punch when needed.

Scanning
Despite being heavily expired, the film is surprisingly easy to scan even in a poor state. But given how expired the film is, it also provided insight into how new or well-stored films will behave. Sadly the film was too far gone for scanning it in the Nikon Coolscan V ED, but the Epson V700 handled the film like a champ. During the scanning process, the film has a strong magenta cast, exaggerated by poor storage. While Photoshop was able to compensate, it often went too far into a green bias, but I managed to get the images to a happy medium with a bit of tweaking. Another thing I noticed is that there was a lot of colour noise introduced into the film through the scanning process. While I’m sure this is also due to age and storage, I can’t imagine a new film being better or worse. Again nothing that Photoshop couldn’t handle with the stock reduce noise filter.

Overall Impression
I first have to say that Fuji no longer produces an 800-Speed colour negative film, although they are making a single-use waterproof camera again. The big unknown is which film it is loaded with, and some questions are surrounding that stock. It is either from another company, or they are still working through any surviving bulk rolls. Despite having a lousy roll, I can honestly see what people saw in Superia 800, as a film for working indoors or in low light, it would do its job and produce quality images. Honestly, I think this film would work better over-exposed by a stop to ASA-400 or even only slightly to ASA-640. Would I reshoot Superia 800? Probably, if I got a better roll that was not as expired, but I won’t go and search specifically for Superia 800.