Fort Wellington is one of the many forts that helped defend Upper Canada during the War of 1812, but unlike many other forts of the era, Fort Wellington never saw a direct attack. By 1810 the small village of Prescott had been founded along the shores of the St. Lawrence River and the King’s Highway which ran between Montreal, Kingston, and York (Toronto). Prescott soon found importance in travel along the St. Lawrence as bateaux from Montreal, used to navigate the rapids, would be offloaded onto the larger lake freighters to continue onto Kingston, York, and the Niagara region. 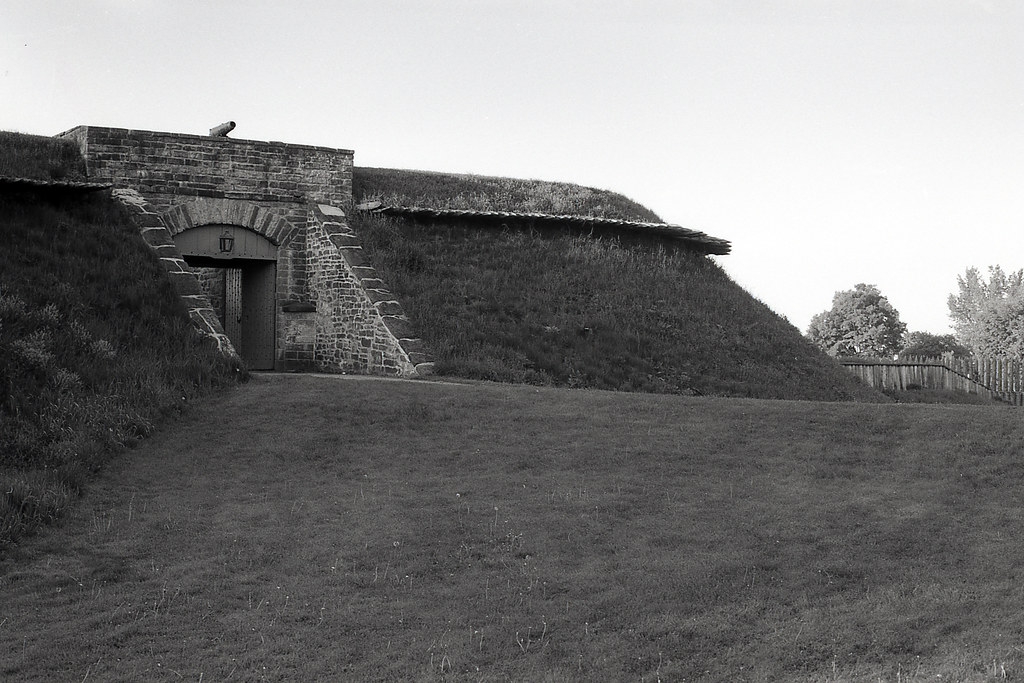 Fort Wellington is one of a few Forts in Ontairo that have all original fortifications and buildings. Unlike Fort York, Wellington’s date to the middle of the 19th-Century.
Nikon FM2 – AI-S Nikkor 50mm 1:1.8 – Fuji Neopan Acros 100 @ ASA-100 – Processing By: Old School Photo Lab

Since both the British and Americans depended on the river for quick movement of supplies, both sides wanted to keep the peace at the start of the War of 1812. That, however, was not the case; raids by both sides turned both sides of the river into the front lines. The British began construction and completed Fort Wellington in 1813. The fort, named after the Duke of Wellington, Sir Arthur Wellesley, who had just won several key victories in the fight against Napoleonic France. The fort was mostly an earthwork wall, a single wooden blockhouse, a gate, and a stockade. Two 24-pound cannons were pointed out at the river and could easily fire upon their American counterparts in the village of Ogdensburg. Although the American’s never directly attacked the fort, the troops from Fort Wellington participated in the Raid on Ogdensburg in February of 1813, and again at the Battle of Crysler’s Farm in November of the same year. After the war had ended and peace settled on the St. Lawrence Valley. 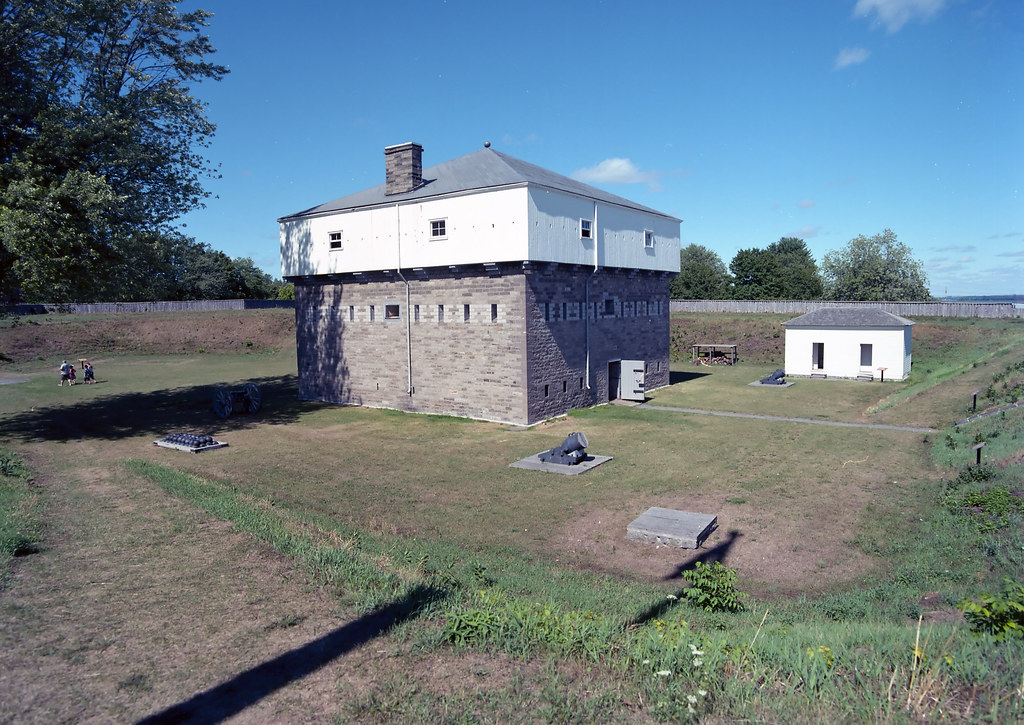 The following decades saw the fort fall deeper into disrepair, but despite abandoning the post, the British Army continued to maintain ownership of the land should trouble arise with the United States. But the threat to British rule in Canada would not come from the Americans, but from a domestic source. The Upper and Lower Canada Rebellions of the 1830s saw Fort Wellington’s reconstruction. A new stone blockhouse, guardhouse, kitchen, latrine, and officer’s quarters occupied new earthwork walls. The fort’s artillery complement increased to include a pair of 14-Inch Motors, two 12-Pound Cannons, and a 36-Pound Carronade. These were in addition to the pair of 24-Pound Cannons leftover from the War of 1812. 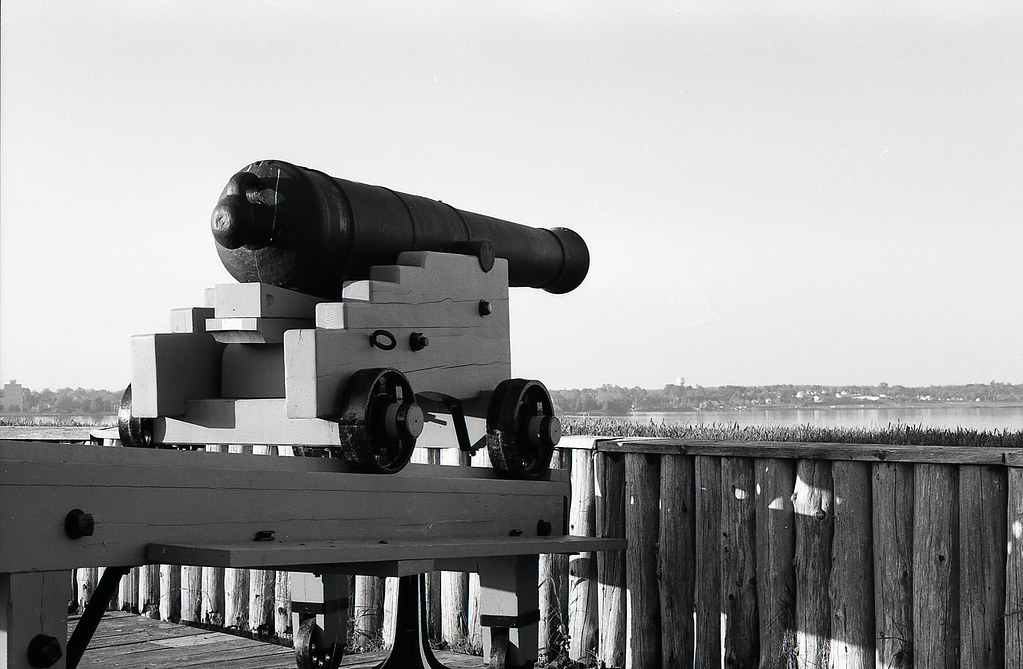 Being the major depot for both the Regular British Army and the Canadian Militia, the rebellion made plans to capture the fort and use it as their base of operations. The garrison would be tipped off to this plan and move quickly to engage the rebel troops at what we know today as the Battle of the Windmill. The site is located just outside of Prescott, Ontario. And while the Windmill is now Lighthouse, the site is a National Historic Site. The British army maintained their garrison of Fort Wellington up until 1863 when it was turned over to the Canadian Militia. The Militia continued to use Fort Wellington as a training camp and barracks for troops up until the end of the First World War. 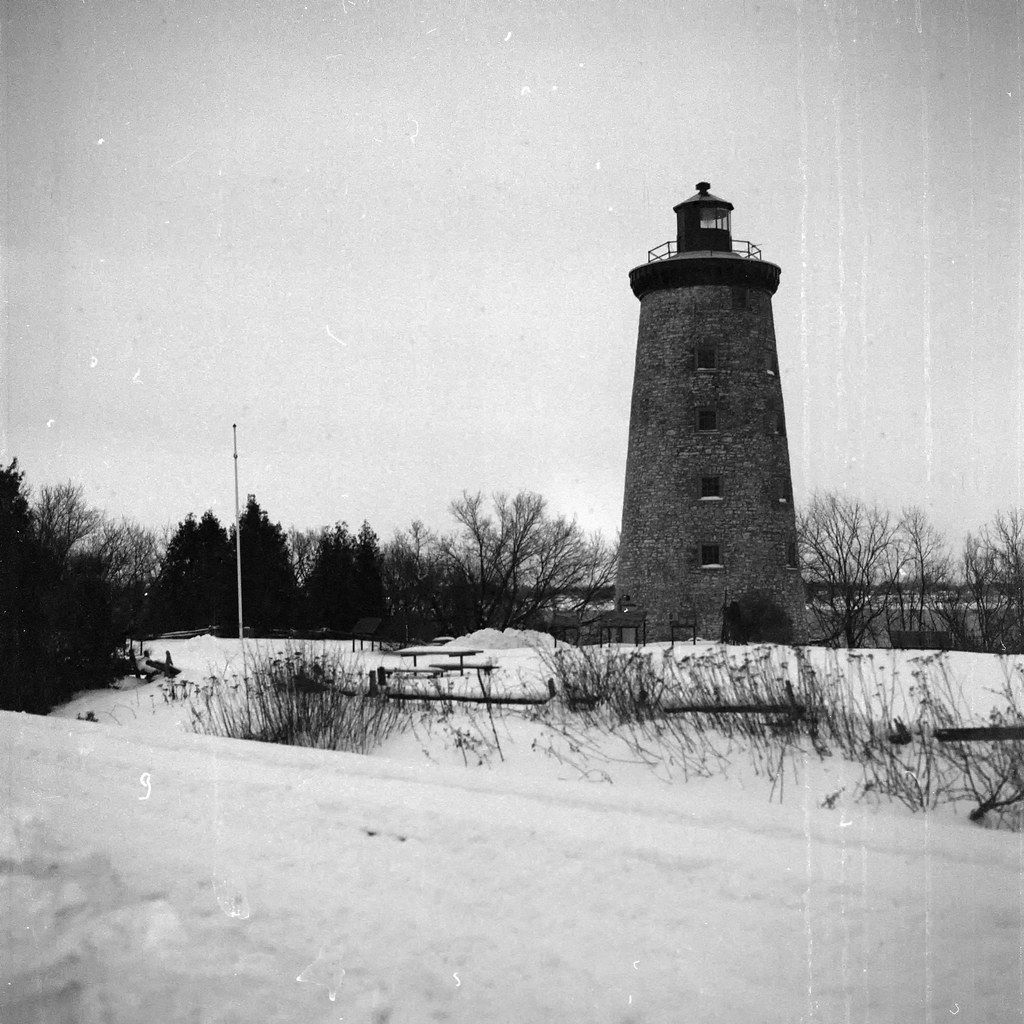 By the end of the First World War Fort Wellington was pushing one hundred and the government declared the site surplus. Rather than demolish the site and sell the land, the Department of the Militia turned over the site to the Parks Department. Seeing the historical significance of the site is one of the few intact War of 1812 forts the site became a source of major archeological studies. While many of the original buildings were too far gone to be rebuilt and were demolished and new structures built in their place, it was the fort’s latrine that offered a never before seen cross-section of life at a military post in the 19th-Century through the refuse that had been thrown away. 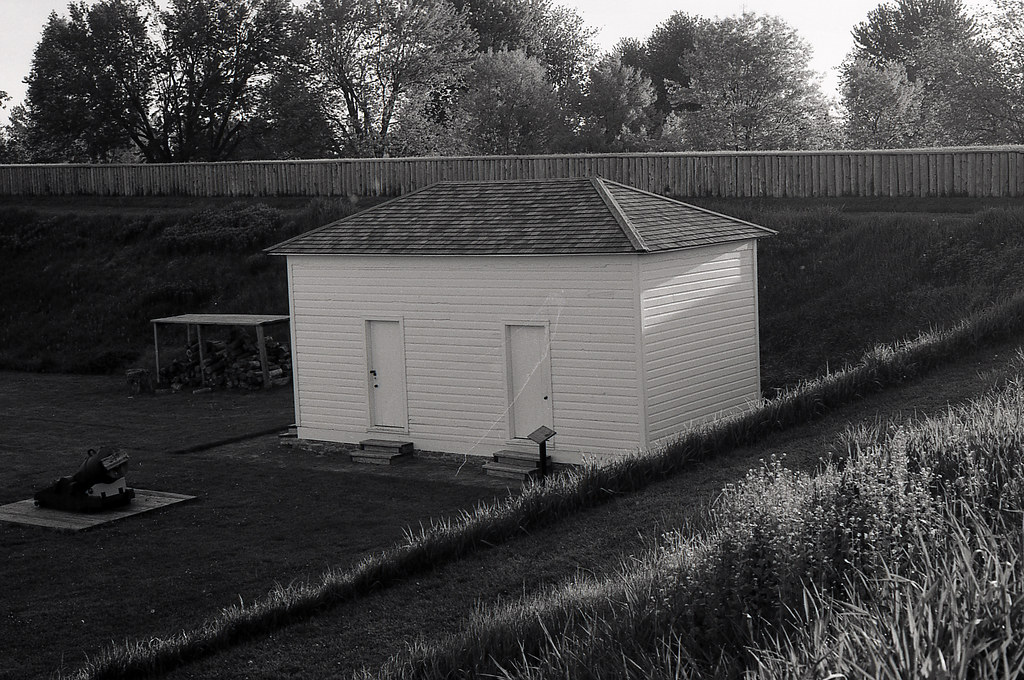 Today the site is maintained as a National Historic Site under Parks Canada, with the entire site restored to how it would look during the Canadian Rebellion Period (1837-1839) complete with volunteers dressed in the uniform of the Royal Canadian Rifle Regiment. A Visitor’s Centre displays the remains of a gunboat recovered from the St. Lawrence River that had served during the War of 1812. 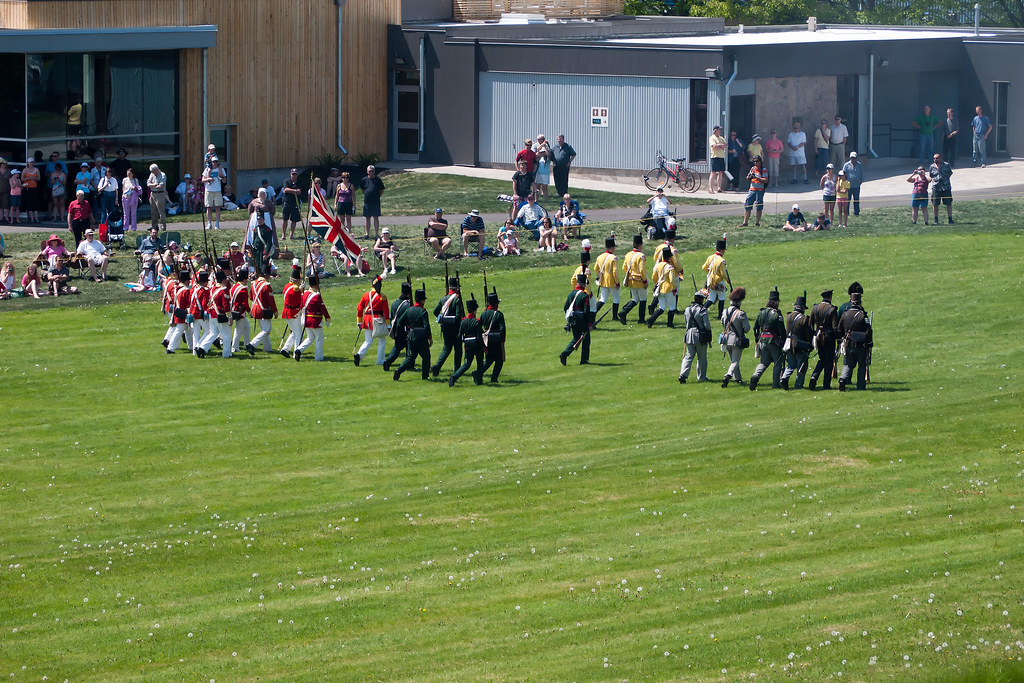 Sources:
Guidebook to the Historic Sites of the War of 1812 Second Edition, Revised and Updated
Gilbert Collins