Despite having lost Lake Erie to the Americans in 1813, Commodore James Lucas Yeo was not about to let Commodore Isaac Chauncy repeat this on Lake Ontario. As such both men engaged in one of largest arms race during the war, the constant construction of ships. Yeo at the King’s navy yards in Kingston and Chauncy at Sackets Harbor. A note on the name of the title as ‘Raid on Oswgeo’ often you will find this known as Raid on Fort Oswego, this is simply not true, the main fort in the town was Fort Ontario, and was the only manned fortification in the city. Fort Oswego was one of the older British fortifications that date back to the French-Indian war and the American Revolution, and while it was maintained as a battery, it was not the target of the raid. 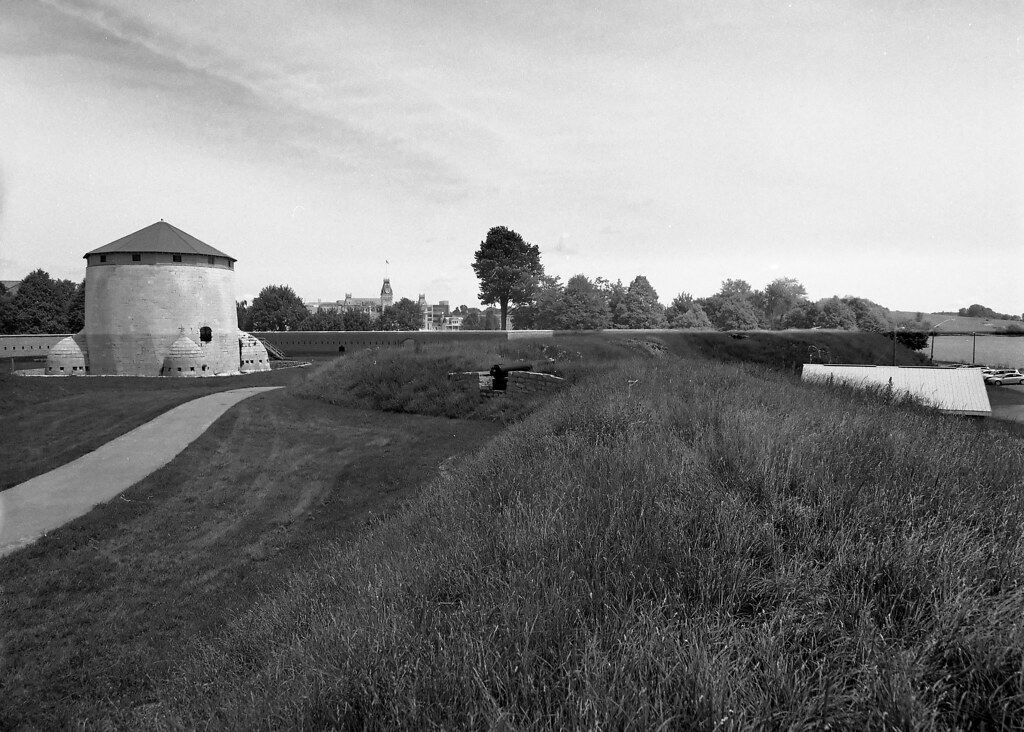 On Lake Ontario the arms race was at full speed, Yeo had laid down the keel of H.M. Ship St. Lawrence (112) on the 12th of April, while Drummond planned another attack against Sacket’s Harbor. But ever since Prevost’s failed attack in the previous year the naval base had maintained a much larger garrison, and Drummond’s requests for additional troops had fallen on deaf ears. But he learned of a large shipment of supplies and guns that were passing through the town of Oswego, New York. A much smaller and more easily assaulted target. Intercepting these guns would prevent Chauncy from arming the ships he had under construction at Sacket’s Harbor, and would not require a lengthy siege or assault on Sacket’s. 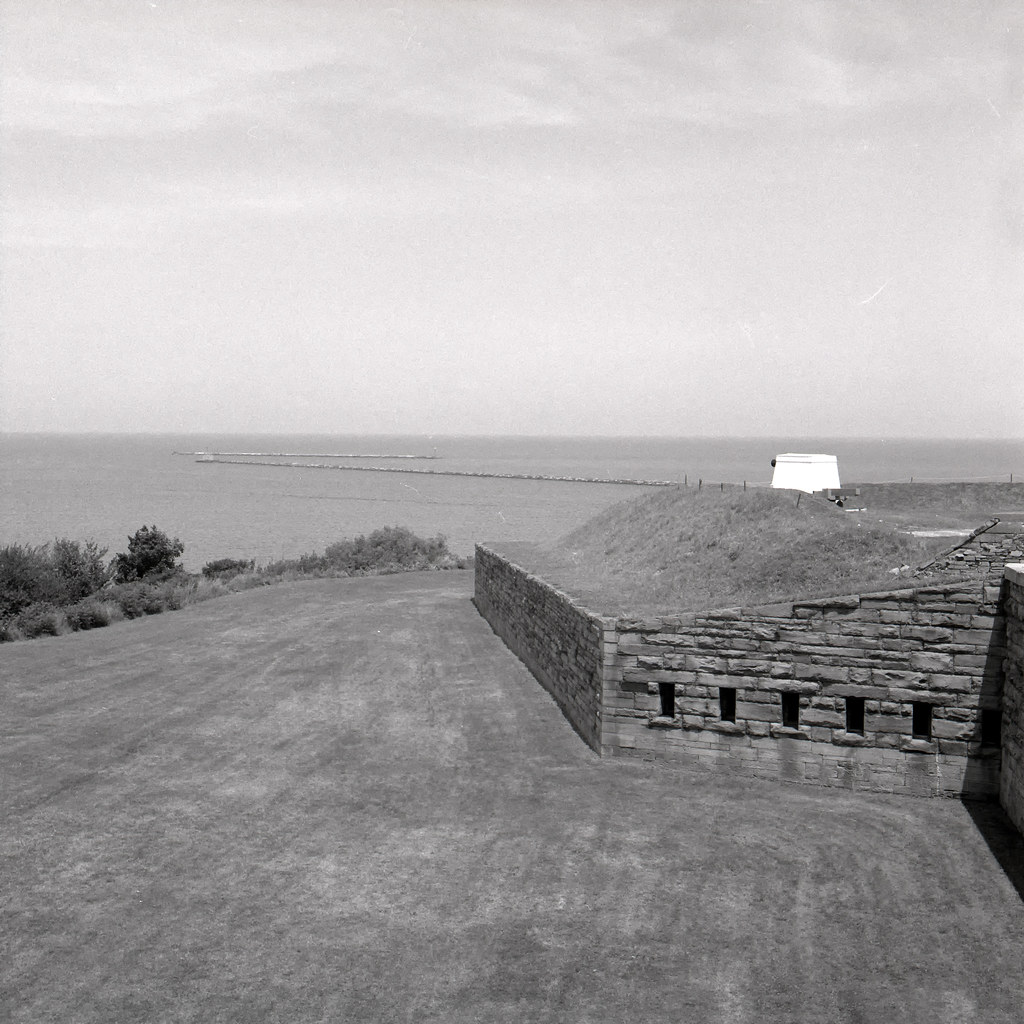 Departing on the 3rd of May, Yeo’s squadron of eight ships transported a mixed force of regular, provincial, and marine troops. However poor weather prevented the force from landing, but when the garrison commander, Major George Mitchell at Fort Ontario learned that a British fleet was nearby he was able to send a word of warning to the supply convoy to avoid the town and begin the process of moving out the town’s stores as well. By the 6th however the weather had lifted and allowed Yeo to move his two big ships H.M. Frigate Princess Charlotte (42) and H.M. Frigate Prince Regent (56) to move in and suppress the small batteries on the shores and at the fort itself. The smaller ships transported the landing force to the shore and swept the woods with grape and canister shot, but they miscalculated the depth of the water so the entire forces ammunition was soaking by the time they hit land. But the commanders, Lieutenant Colonel Victor Fisher and Captain Mulcaster ordered bayonets fixed and moved in anyways. Fisher taking his own Regiment de Wattville to take the fort, while Mulcaster’s sailors and members of the Glengarry Light Infantry would secure the woods, and the Royal Marines would head into town. Mitchell’s men fought to their last, making the British pay for every bit of ground, only falling back when they had reached the top of the walls. 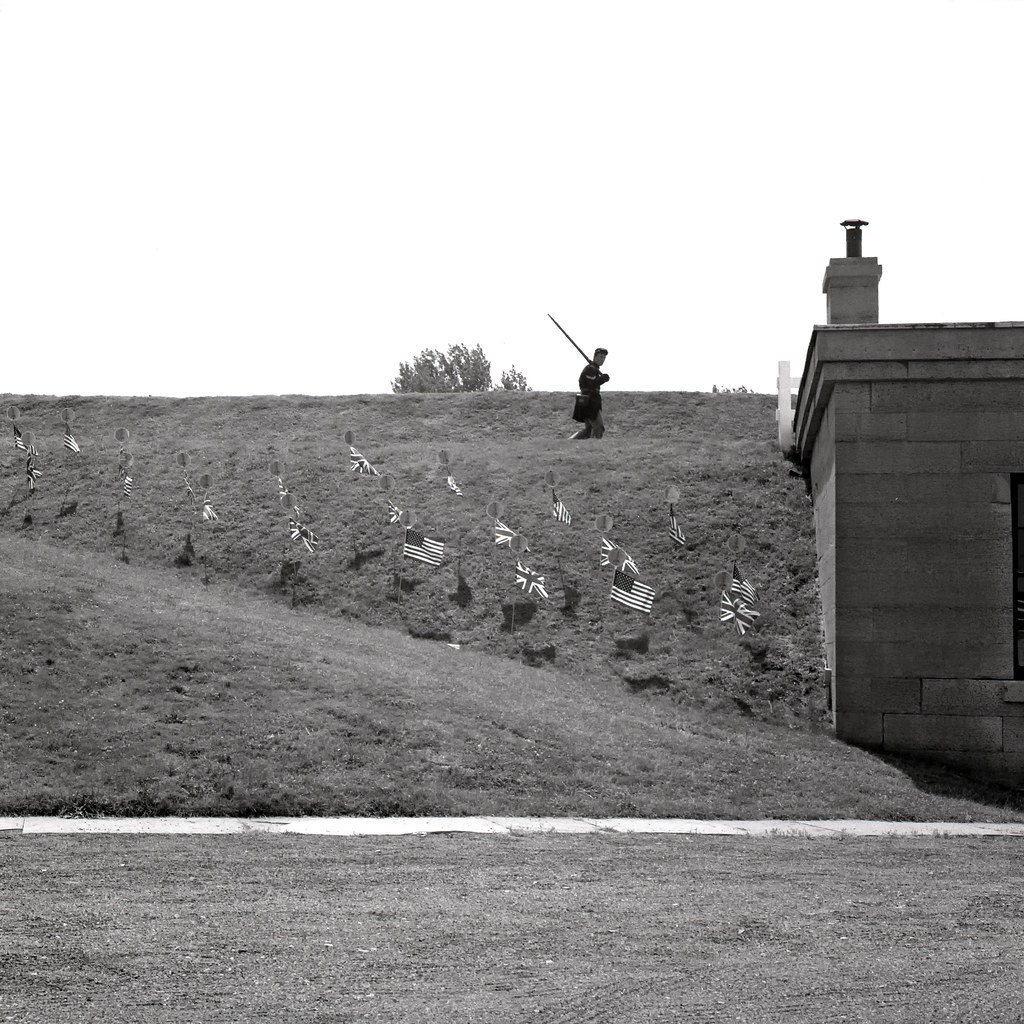 While a general success, the raid did not complete the capture of the naval guns, but they did secure some of the town’s supplies. Not wanting to take the time to secure the area, once the supplies were loaded, Yeo ordered the fortifications around the town destroyed before launching a blockade of Sacket’s Habor. The guns were eventually intercepted when the Americans tried to bring them in by smaller boat. Yeo would go on to win the naval arms race with the launching of the St. Lawrence later in 1814, and managed to keep Chauncy pinned at Sackets Harbor preventing him from aiding the entrenched American position at Fort Erie. Fort Ontario is the only surviving fortification in Oswego and has been restored to how it looked during the American civil war and is open for public tours.