Control of the lakes were key during the War of 1812 as the fastest way to move troops, equipment, and supplies was by water. Most the roads in the Canadas and the US weren’t the super highways we know today, they were nothing more than dirt roads that would easily become mud pits in the snow and rain. To maintain control of the lakes both sides maintained squadrons of ships that could keep the enemy pinned in their own bases. Unlike Lake Erie which was controlled first by the British because the US Naval Squadron had been captured in 1812 after Brock captured Detroit, and then was rebuilt at Erie in 1813 and the British squadron was captured that year in the Battle of Lake Erie and the US maintained control of Lake Erie until the end of the war, things weren’t so black and white on Lake Ontario. 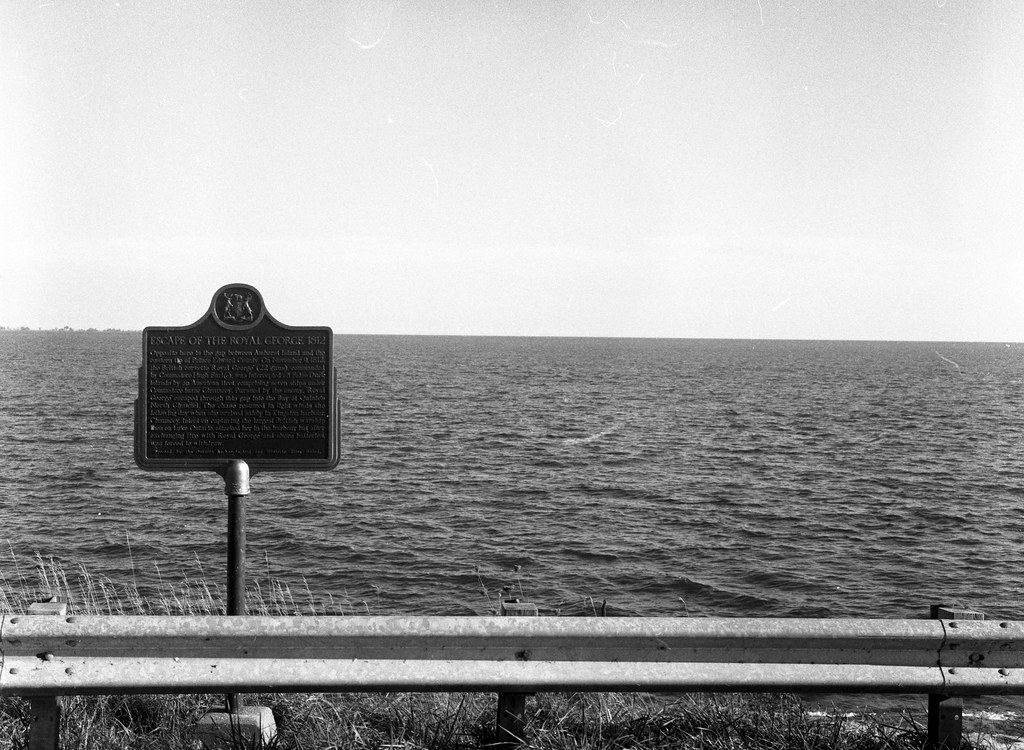 For the most part, the actions on Lake Ontario were nothing more than posturing, with most of the action taking place through 1813 and 1814 between the US Squadron commander, Commodore Isaac Chauncy, and his opposite number in the British Squadron, Commodore James Lucas Yeo. Both sides wanted to destroy the other in an action similar to Lake Erie but never got the chance. The first major action on Lake Ontario took place in November of 1812. At that time the Lake Ontario squadron was commanded by Commodore Hugh Earle and his flagship, H.M. Sloop Royal George (20) was the largest and most powerful ship on the lake, and Chauncy wanted it gone, or captured. So on the 5th of November, 1812 he went hunting, taking with him his entire squadron, seven ships. His flagship, U.S. Brig Oneida (16), supported by U.S. Schooner Julia (2), U.S. Schooner Pert (3), U.S. Schooner Conquest (3), and U.S. Schooner Growler (5). The American squadron spotted the Royal George off the Bay of Qunte and proceeded to give chase. Rather than stand and fight against a superior force, her captain, Commodore Hugh Earle, made a break for the Navy Yard at Kingston. Using superior seamanship and knowledge of the area, the Royal George slipped between the mainland and Amherst Island, evading the Americans, but on the 10th she was spotted again, the American squadron gave chase and by two in the afternoon the smaller vessels had made it into gun range and began to fire on the Royal George but they had also slipped into range of the shore batteries. Chauncy brought the Oneida into the action, but it was too late, she had slipped into the yard behind the protection of the big guns at Point Henry and Point Frederick. If Chauncy could not take the George as a prize, he could at least deny the Royal Navy of her use and ordered his ships to continue the bombardment. But the inaccurate fire failed to hit the target rather hitting the town of Kingston itself. With the town and yard in danger the heavy guns at Point Henry and Point Frederick opened fire on the squadron, fearing losses, Chauncy ordered the squadron back with intentions of resuming the bombardment the following day however a storm swept into the area forcing Chauncy out to open water and then back to Sackets Harbor. 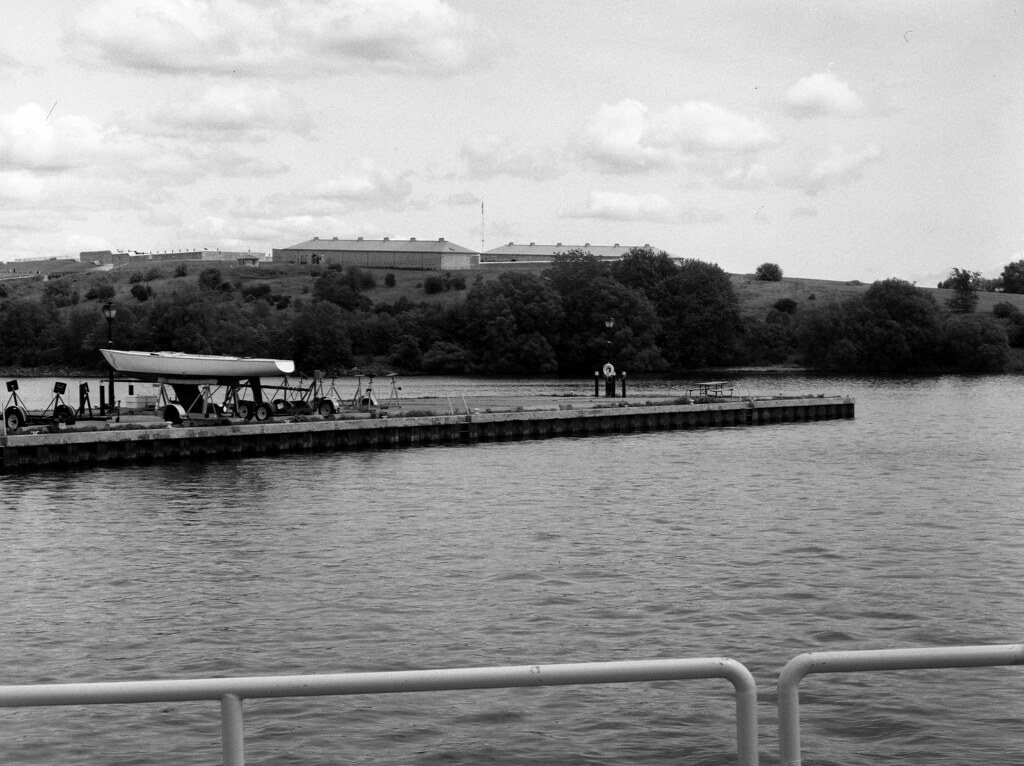 When Commodore James Lucas Yeo took command of the British Squadron he kicked off an arms race on Lake Ontario the type not seen again until just before the First World War as both commanders tried to outgun the other with larger and larger ships. Yeo even went so far as to convince the Army to take Sackets Harbor in May of 1813 with little effect. The two commanders continued to dance around each other until September of 1813 when they finally met. Chauncy finally outclassed the British Squadron with the completion of his new flagship the U.S. Corvette General Pike (28). But Yeo was not going to give up so easily. The two commanders proceeded to chase each other around Lake Ontario. On the 28th of September, Chauncy’s squadron aimed to intercept Yeo while he was in the harbor at York. Yeo, not wanting to expose the construction of a new fort at the capital headed south under heavy wind. The two squadrons exchanged long range fire, Yeo was seeking to get under the cover of the heavy guns at Burlington Heights, knowing that he was outgunned nearly two-to-one, and Chauncy lacked any close range carronades. The two continued the chase, until just before one in the afternoon Yeo reversed course in an effort to bring his batteries to bear and give Chauncy’s flagship a broadside. Chauncy matched the maneuver the two ships hammered at each other the H. M. Sloop Wolfe(20) losing the main top and mizzen masts, while the Pike took damage below the waterline. Yeo’s second in command, Commander William Mulcaster aboard the Royal George seeing the Wolfe taking fire moved in between the two ships to provide cover. Aboard the Pike, Captain Arthur Sinclair urged the commodore to cut his losses and accept the two small Schooners from Yeo’s squadron as prizes and retreat to Sacket’s Harbor to effect repair. But Chauncy wanted all six of Yeo’s ships for his own. Yeo on the other hand knowing he could not win, ordered all his ships into the bay, making it under the cover of the big guns. Chauncy was left facing his own destruction from the batteries at Burlington Heights or from an oncoming storm, and headed back to Sackets Harbor. 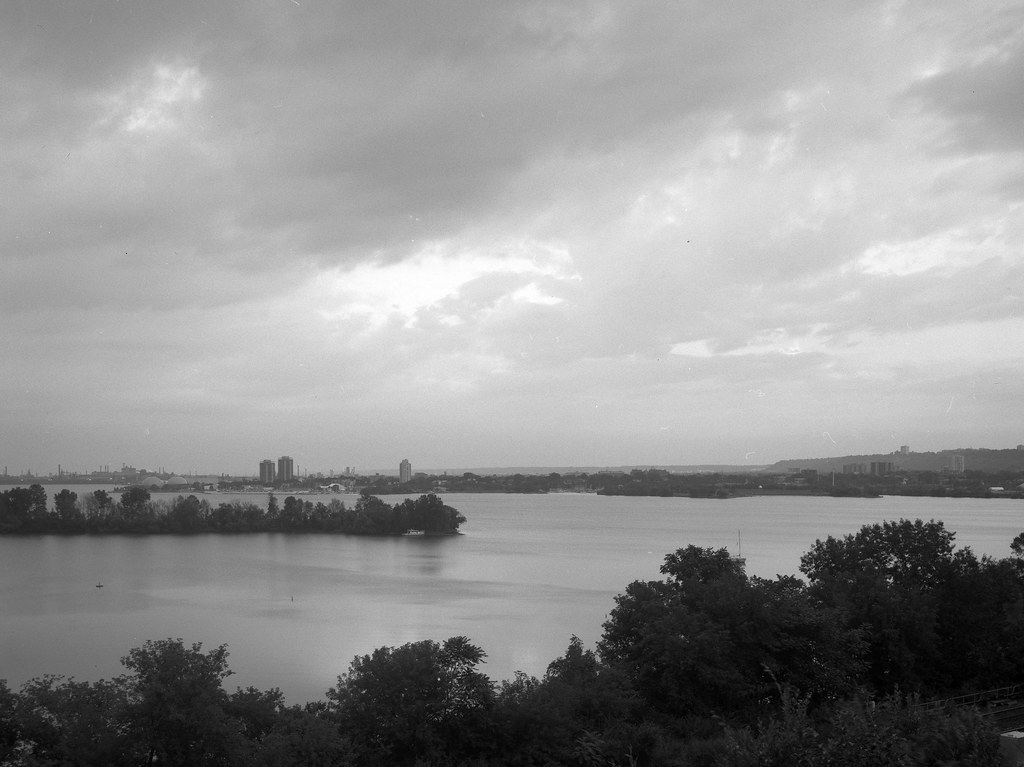 While the two men would never meet directly in battle again on Lake Ontario the British managed to maintain control of the lake until the end of the war through the threat of their squadron. Yeo would eventually go on to win the arms race in 1814 with the launch of the H.M. Ship St. Lawrence (112) by the fall of 1814, thus denying naval support to the trapped troops at Fort Erie. The St. Lawrence would go on to be the largest ship to ever sail on the Great Lakes, and even outclassed all of the Royal Navy’s first rate ship-of-the-line in commission at the time. After the war was done, she would continue to patrol Lake Ontario until put in storage in 1816 after the Rush-Baggott Agreement limited the amount of ship’s and arms on the Great Lakes and Lake Champlain. Today she lies near Kingston under water, although you can see pieces of her at the museum on the property of the Royal Military College, which now occupies the former Navy Yard. 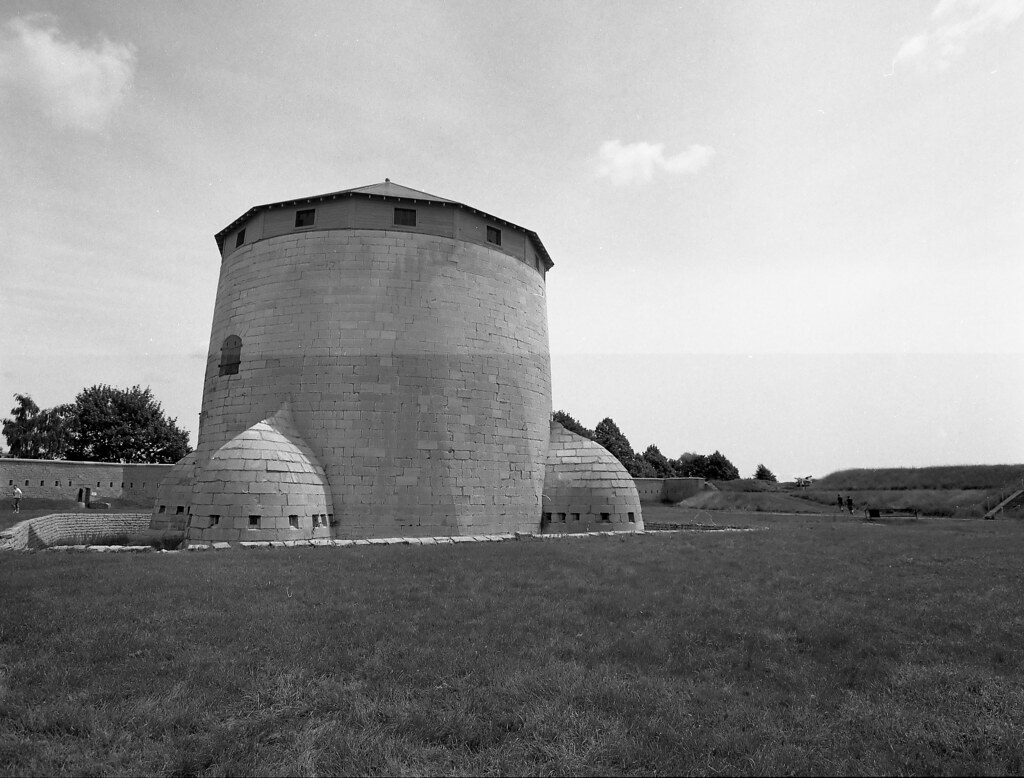