The Minolta X-700 was a game changer for Minolta it introduced to their shooters a camera that had a full program auto-exposure mode as well as semi-auto (aperture priority) mode and manual all in a lightweight body backed by some great optics. It also introduced a whole host of cousins in the X line of Minolta cameras. Actually my second Minolta SLR was an X-7a basically the same as the X700 but lacked the program mode. This is a great camera for a beginner photographer as it gives them a chance to experience every mode that is generally used and these cameras can be pretty cheap on the used market. 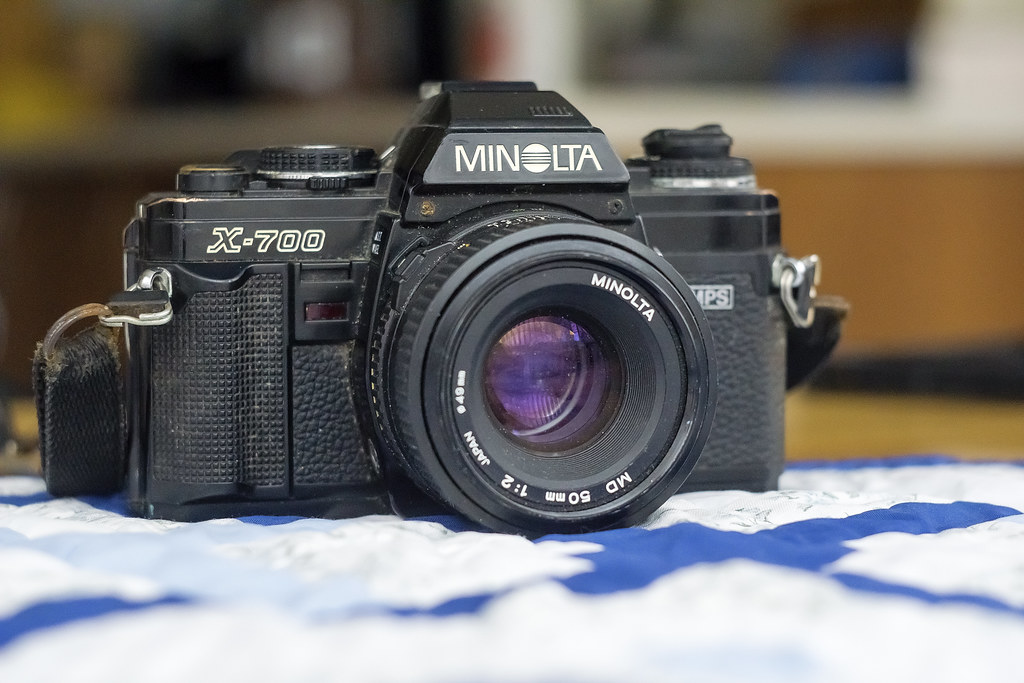 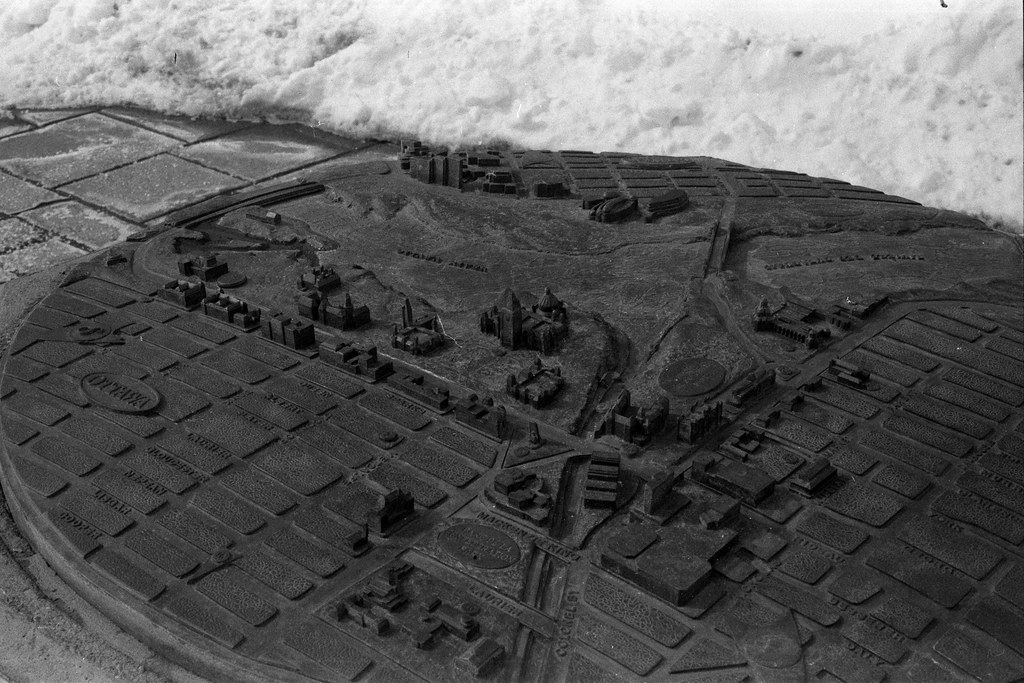 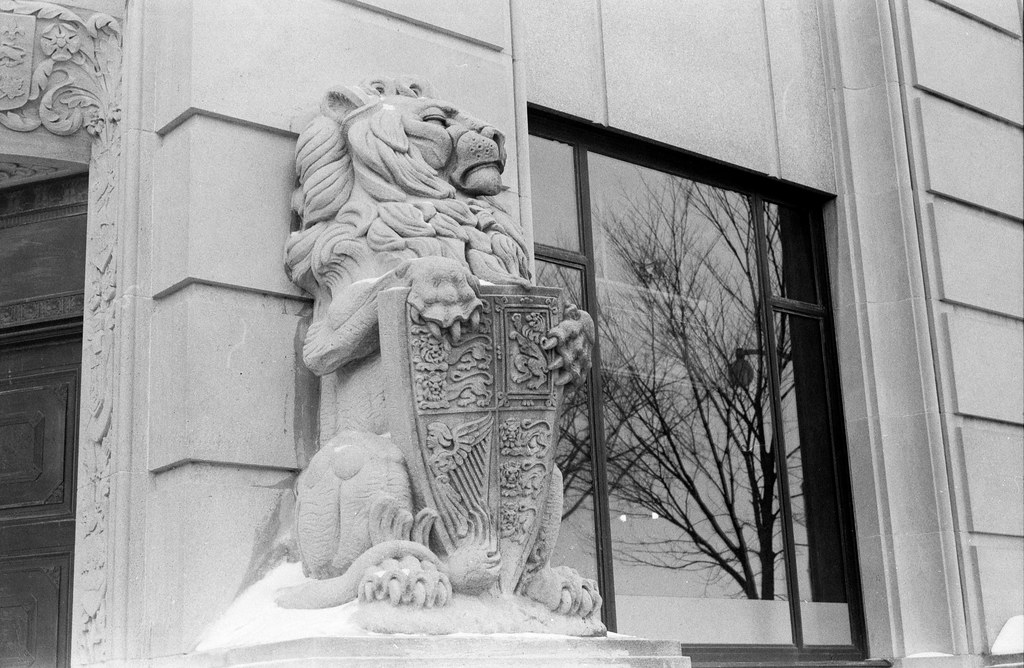 The Good
The thing that really stands out about this camera is the fact it is so easy to use! Even if you’ve never used a manual focus camera or even a film camera you can use the X-700. Because it is fully automatic for exposure that’s right the camera will do all the thinking for you when it comes to exposure with a decently accurate center-weighted meter. Plus you have aperture priority (my default mode for shooting) and full manual with a clear easy to read meter in your viewfinder. Plus Minolta glass is pretty good as well to back it up. And probably the best thing about these cameras is that on the used market they’re pretty cheap. A quick search on EBay and you can have a camera and a lens for between 50 to 150 dollars. And since it takes normal batteries you’re in the clear. As for using the camera they’re pretty light and easy to carry all the controls are well within reach when you’re holding the camera and a nice short throw on the film advance. Plus if you want a little more weight you can add a motor drive that gives you a nice beefy grip. 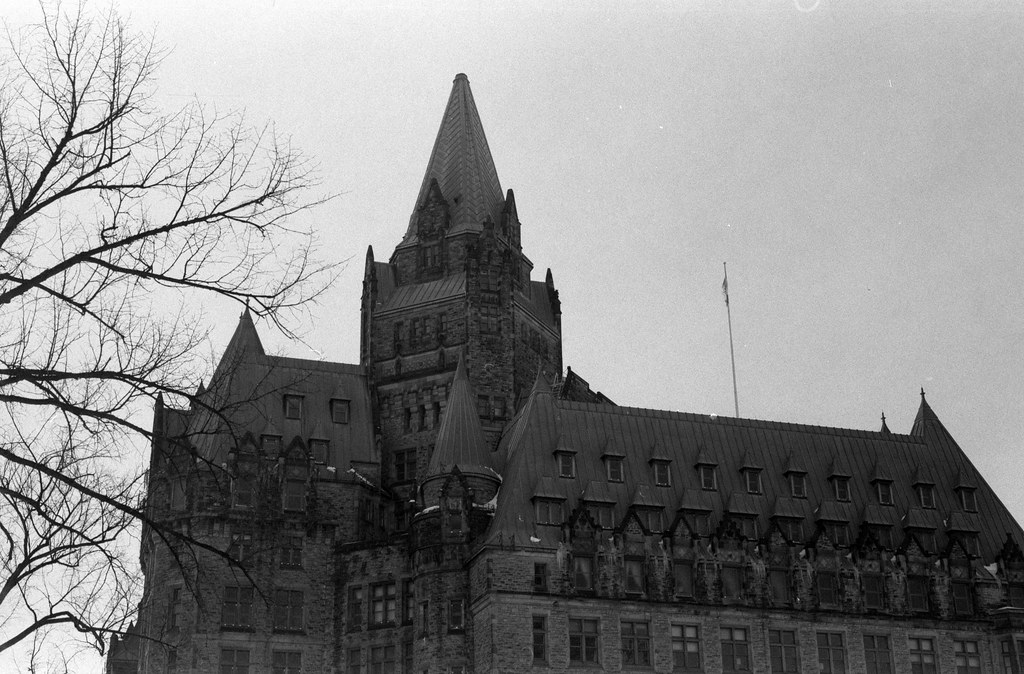 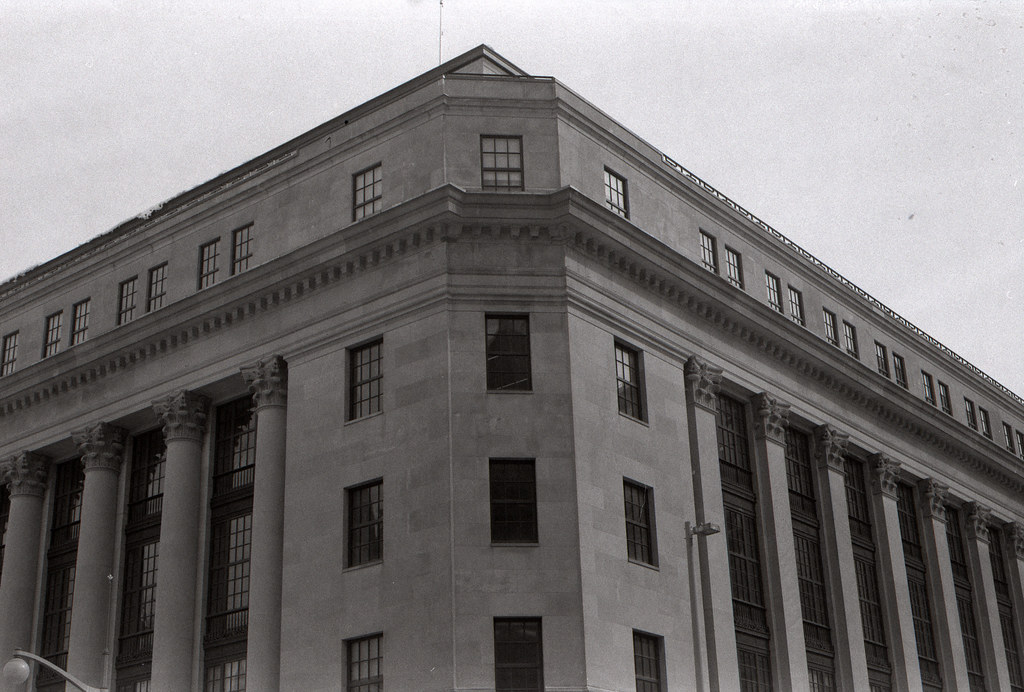 The Bad
Despite being a great camera this isn’t really my cup of tea anymore, as I said before I have plenty of experience with Minolta’s X-Line but that was when I was first getting into photography. It is a camera that I found you can easily grow out of, brought into other systems that offer a lot more bang for your buck. But the main thing that really bugs me about the camera is what I experienced while shooting the roll for this review…if the battery is failing the camera will keep shooting fine but the meter will start to give bad reading. I ended up having to use Sunny-16 to shoot with as the camera was constantly over exposing through the program mode….which I think was the battery as it was working and metering perfectly until the end. 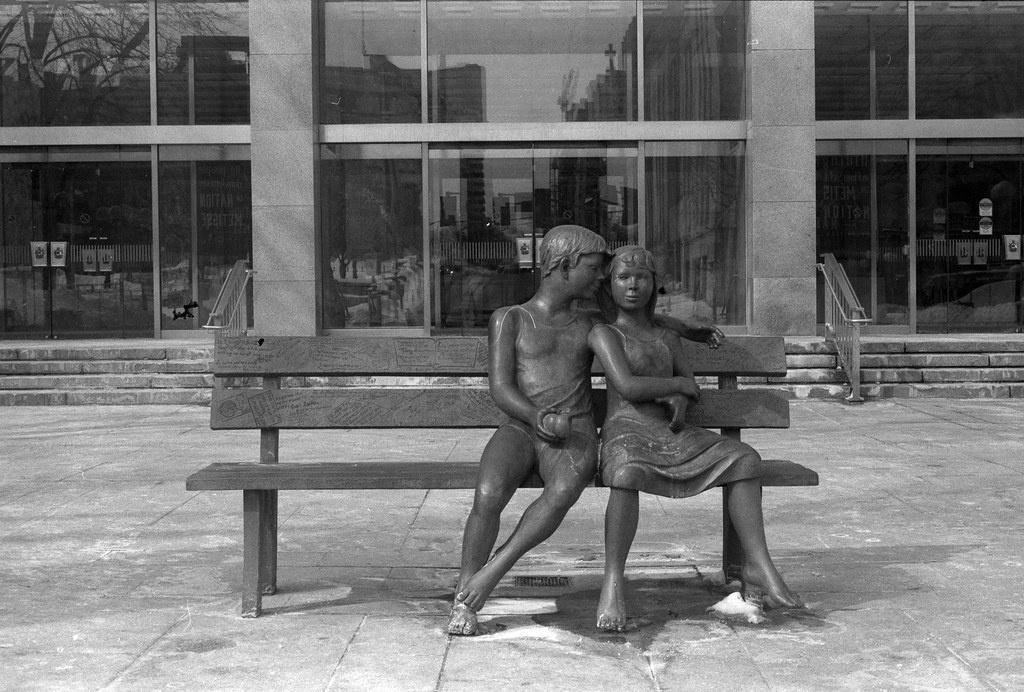 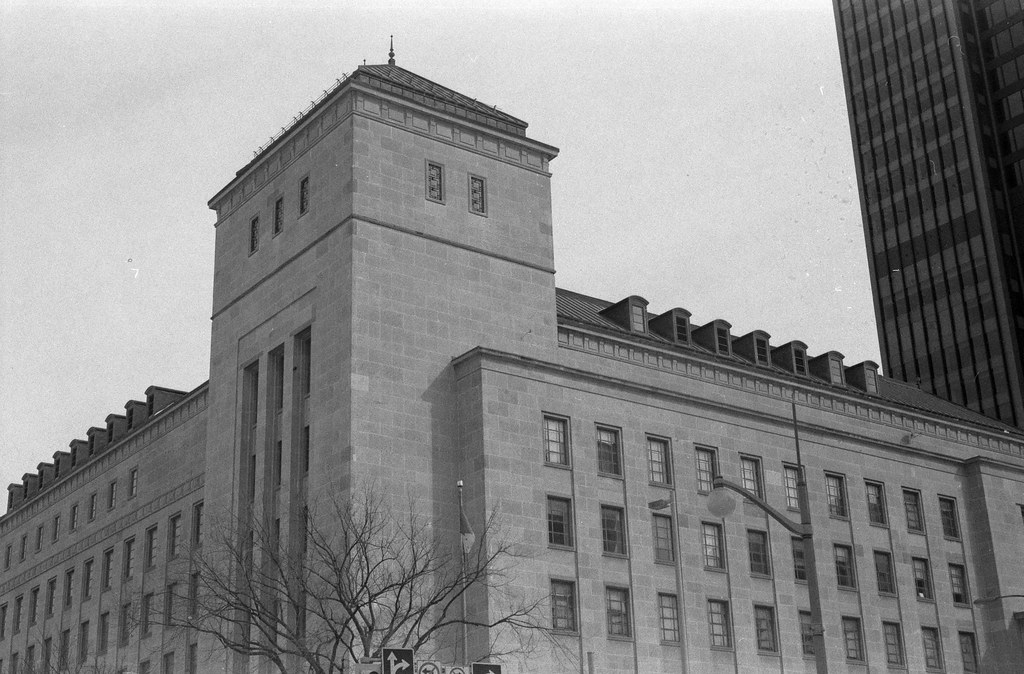 The Lowdown
Now I’m not knocking the camera it is really a good camera I just personally find it a little uninspiring since I have several other semi-auto/full auto SLRs in my working collection so the X-700 is pretty redundant and with only one lens it isn’t one that I go to right off the bat (that would be the F3). But they are OK cameras and as I mentioned earlier great for the beginner, especially since they are so cheap on the used market (a quick check on Ebay shows kits between 50 and 160 dollars (Canadian)). So if you’re interested in getting started and really have no existing lenses from digital cameras the X-700 is a great starting point for minimal investment.