So what happens when a whole group of photographers sit down and share a single camera? Well we get a nice little picture of what each of us enjoys about cameras in general! So today the whole group sits down to talk on the Nikon FA and John sits down with David Nardi from E6it!

Nikon FA – This was the first Nikon camera to feature a full lineup of auto-exposure modes, from full Program, Aperture and Shutter Priority and of course Full Manual. The power behind this is a set of stored exposures a computer will pattern match from it’s library of samples and come up with the correct shutter speed and aperture. 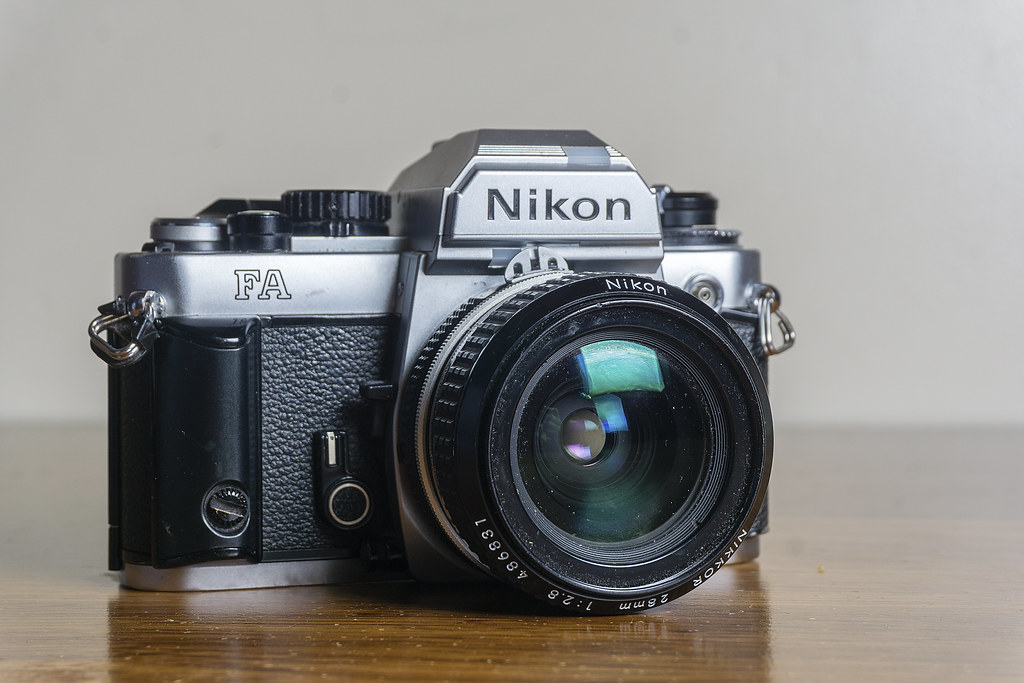 What John had to say… I have to admit this camera has been sitting in a box for awhile, neglected in favour of my F2 and F4, but when I took it out the week before to make sure it worked it felt comfortable in my hands right away. The build quality is topnotch; one gets the sense the camera will not let you down. Properly cared for, I get the sense this camera could be shooting for decades to come. Why pay $$$$ for a Df, when you can get the same experience for a lot less coin with this classic? 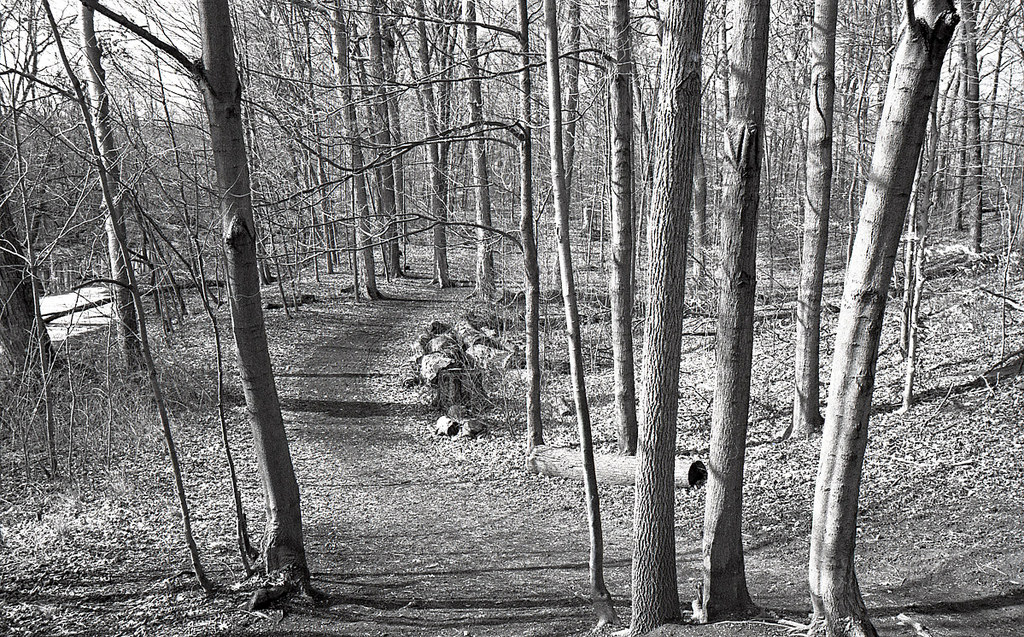 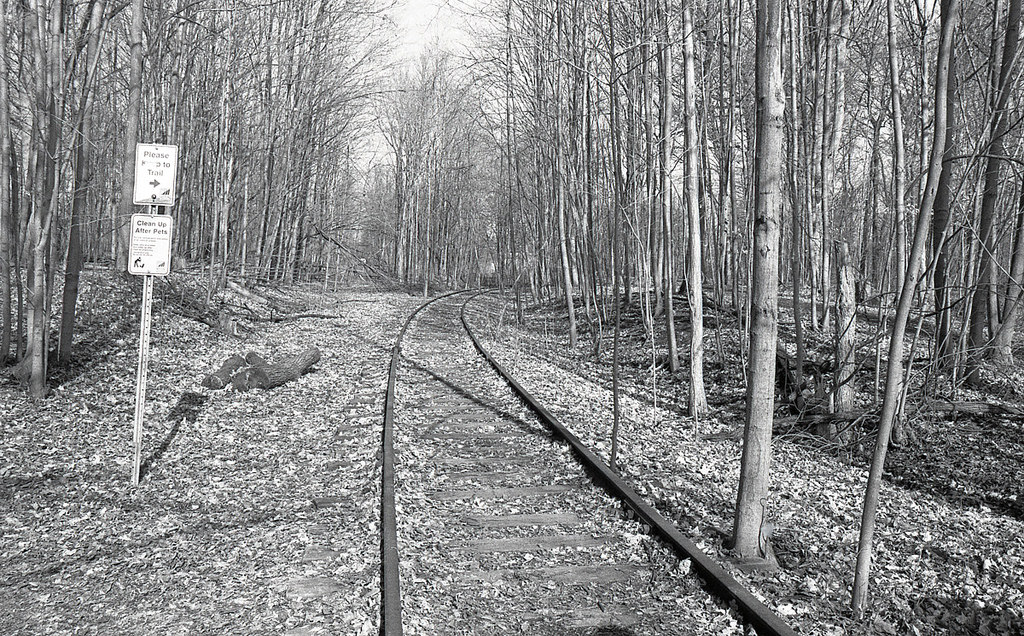 What Mike had to say… When it comes to simple to use 35mm SLRs, this one really can’t be beat.  It’s lightweight, compact and well designed. The finder on it is very big (92% coverage) and bright and lets you frame an image very easily. Manually focusing with this camera (it’s not Autofocus after all) is really simple with the bright screen.  Granted, we were using a very good fast lens, but lets face it, some viewfinders, even with a fast lens, are just plain… DIM. Now let’s go into a bit of ‘how’ I feel about the camera in general. It is well designed. It is well engineered. In fact, it is so good, it won’t let you take a bad exposure.  Almost as if the camera is saying “Look, you think you know what you’re doing here, but I promise you won’t like it. SO I fixed it for you.” I almost had too much fun shooting this camera. The shutter has a nice solid sound to it and the film advance lever has a nice short throw. I must admit to a serious downside to this camera though. You see, when it comes to shooting film I like to take my time. This camera just made it feel like a hassle to take your time. It wanted you to shoot shoot shoot shoot SHOOT! That may not sound like a downside at all, but it didn’t fee like it should be dangling around your neck but in your hand instead. Perhaps that’s how Nikon engineers wanted it. Not as a neck ornament but as a memory creator. Photography is, after all, taking a moment in time and freezing it forever. Creating a memory that will bring back a story. So for me, ultimately, that is the very definition of what Photography should be all about.  So do I recommend this camera? Absolutely. If you want a camera that is simple to use and will bring a smile to your face shooting? This is definitely one of those cameras you should have in your hand. 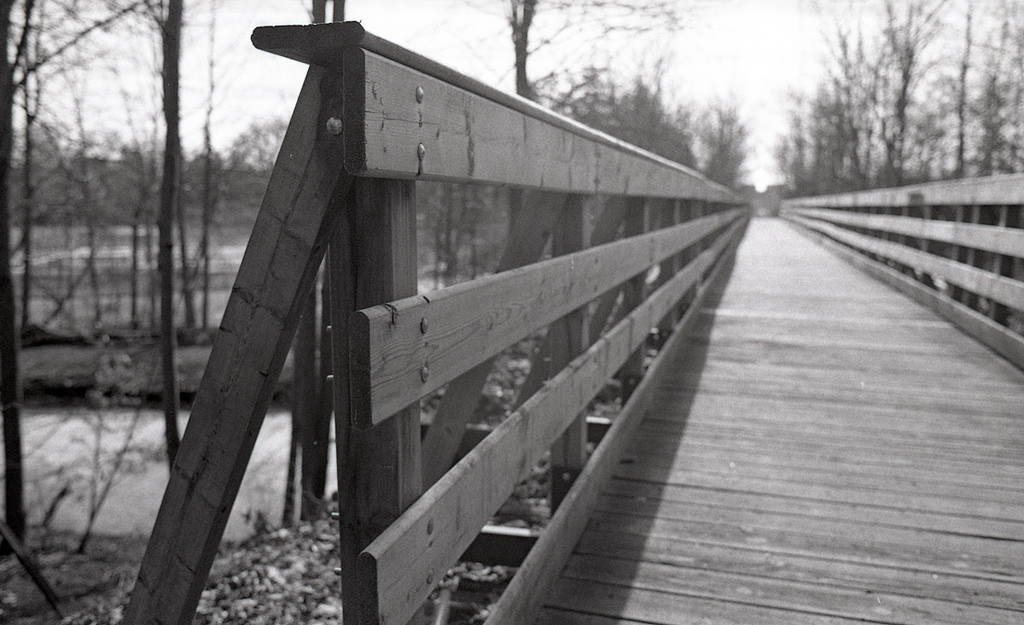 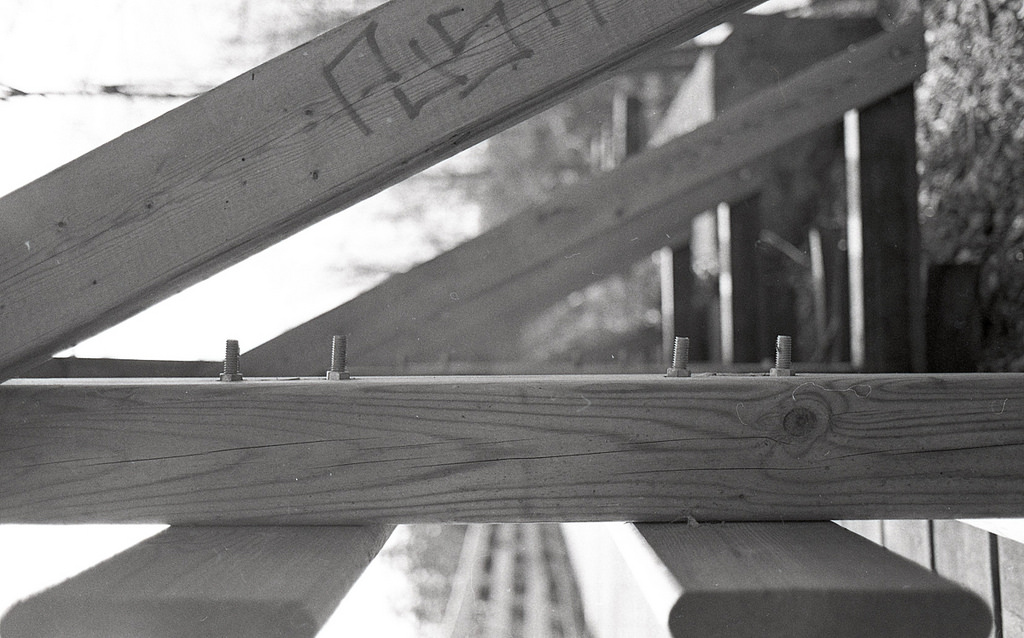 What Donna had to say… This was a wonderful camera to use. I really enjoyed shooting with it.  This camera is light weight and very easy to focus with.  For those of you looking for a 35 mm film I would recommend this camera. It’s design is unique and it is well built.  It is great for people just starting out or even just to try for fun or to add to your collection. 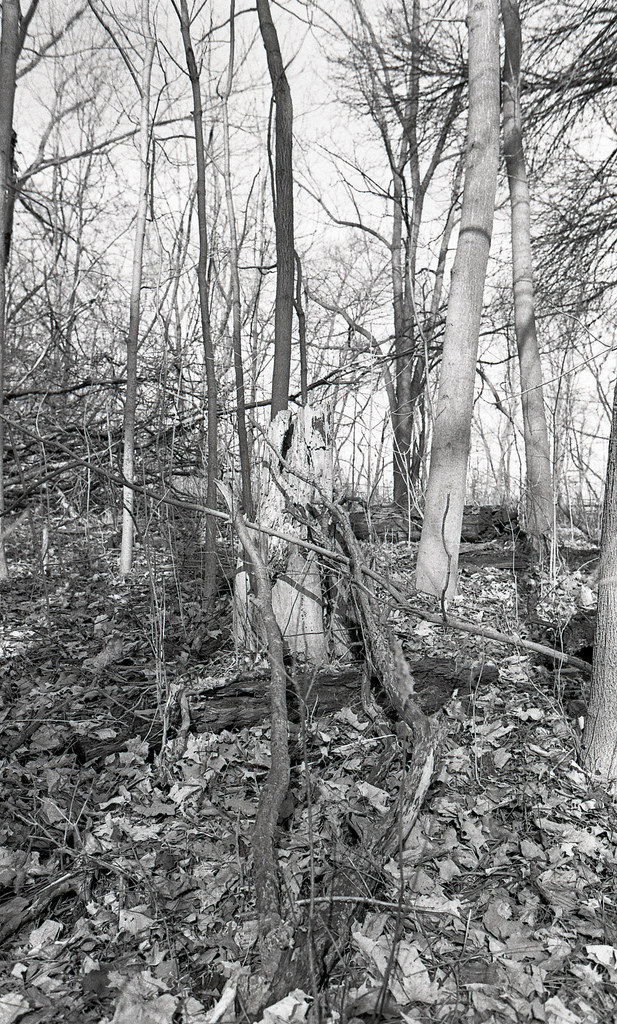 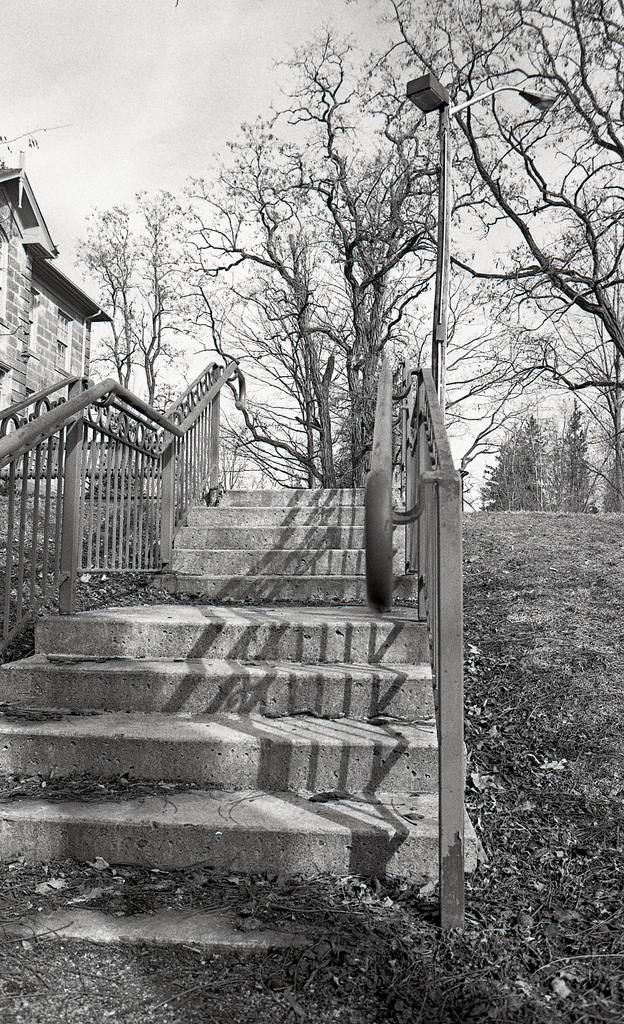 What Alex had to say… Having used the Nikon line of cameras extensively Alex felt right at home and really enjoyed using the camera, minus the little plastic grip. He certainly would use the camera again and may just add one into his collection despite needing another Nikon 35mm SLR like he needs another hole in the head. 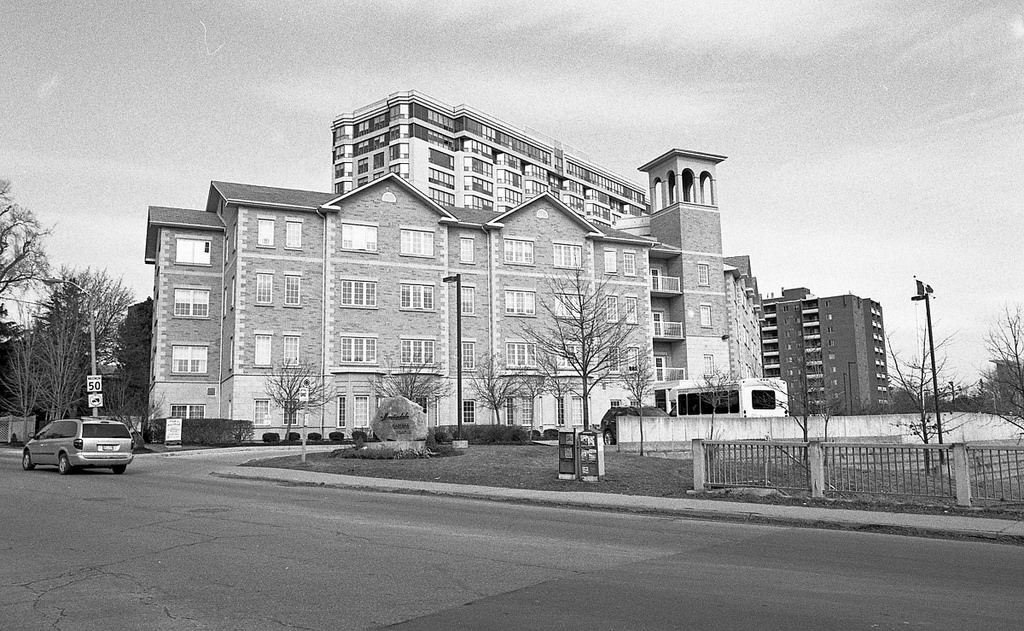 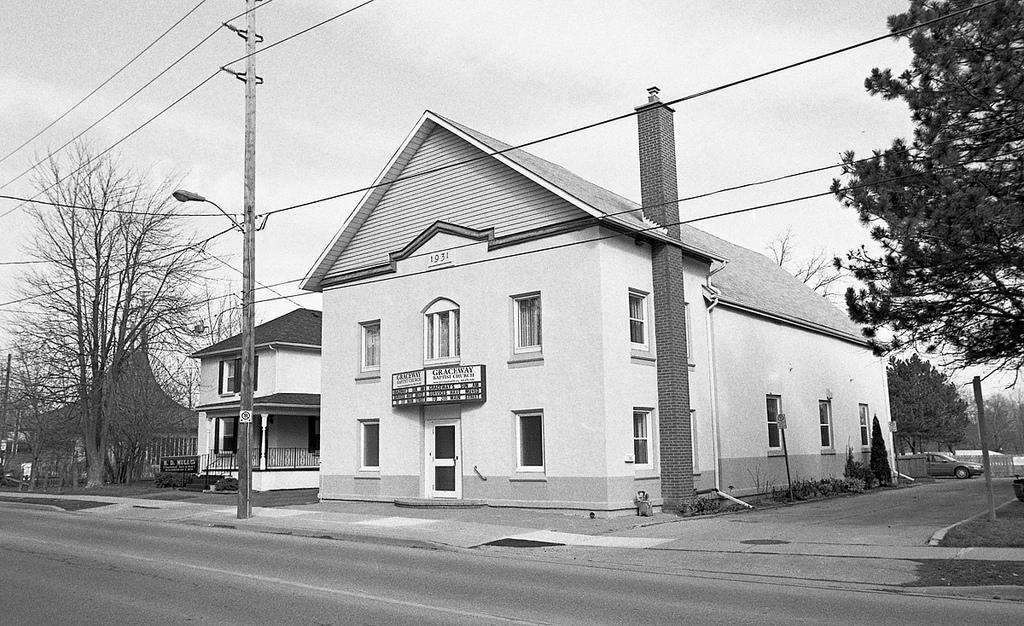 Special Guest Interview – David Nardi – David Nardi is the man behind the return of E-6 processing to the city of Toronto, John took some time (read several hours) to sit down and discuss processing and photography as a whole! If you want to learn more about his services and use them yourself you have head over to: www.e6it.ca Co-Host Mike has used E6it in the past, I highly recommend using David Nardi. His work is absolutely brilliant!  He treats every single roll of film as his own.  He uses fresh chemistry each time and loves film!

And don’t forget, our Classic Camera Revival GAS meet is only a week away! If you haven’t emailed us or RSVP’d on our Facebook event please do so. And we’re looking forward to seeing everyone who can make it there!