Some media focuses on the camera, others show cameras just in the background, but between the seven of us we have a lot of cameras many of which have been featured on the big and small screen, so for July, it’s our own summer blockbuster!

Kodak Retina – Four Weddings and A Funeral
One of the best little rangefinders to come out of Kodak German plant, the Retina series is one that holds a special place in any photographer who owns one. Though people with large hands have some trouble with the tiny controls of the camera and it seems odd that such an older rangefinder is featured in a 1990s film, either way, it stands out.

Ricoh Mirai – Batman (1989)
When it comes to the big screen return of the caped crusader, putting this camera that looks more like a radar gun than a camera makes perfect sense. Batman is known for his gadgets and we’re all surprised the camera gets just a background scene rather than in the hands of Batman himself to help him capture the super villains that dominate Gotham. But then again, with the awkward nature of the camera, it’s a tradeoff. 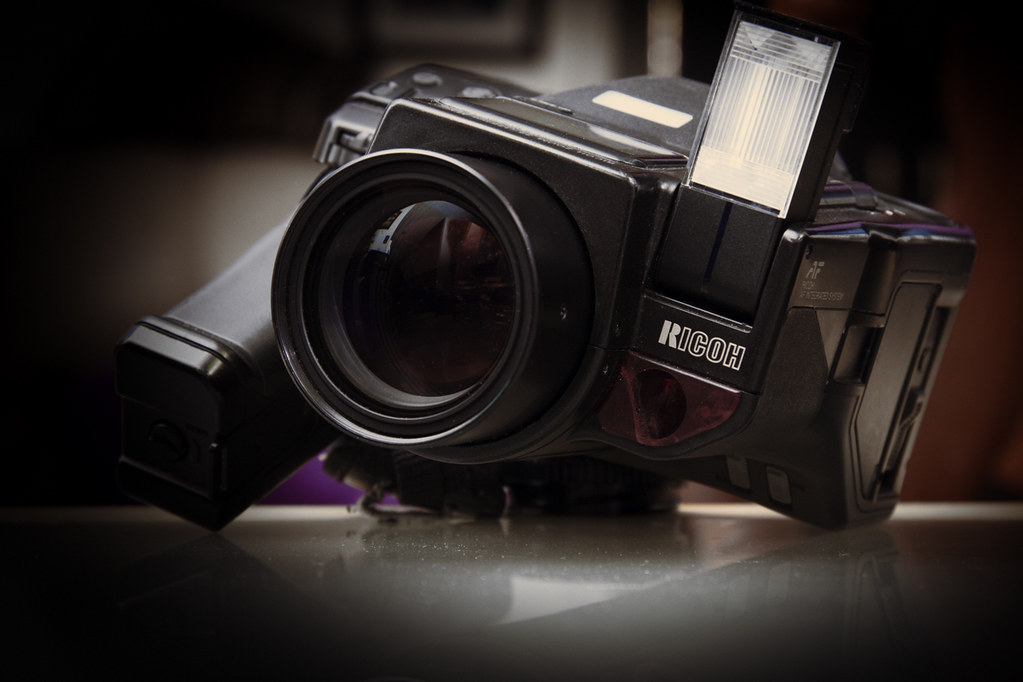 Exakta VX – Rear Window
Without a doubt, one of the main characters in the classic Alfred Hitchcock film, Rear Window is the Exakta VX, with its left-handed controls Alex finds the camera a little clunky to use while standing up but totally gets how it can be used sitting down like the film’s protagonist, L.B. Jefferies, portrayed by James Stewart, can operate the camera rather well. Not a bad camera, just one that takes a bit of getting used to, especially when carting around a massive telephoto lens. 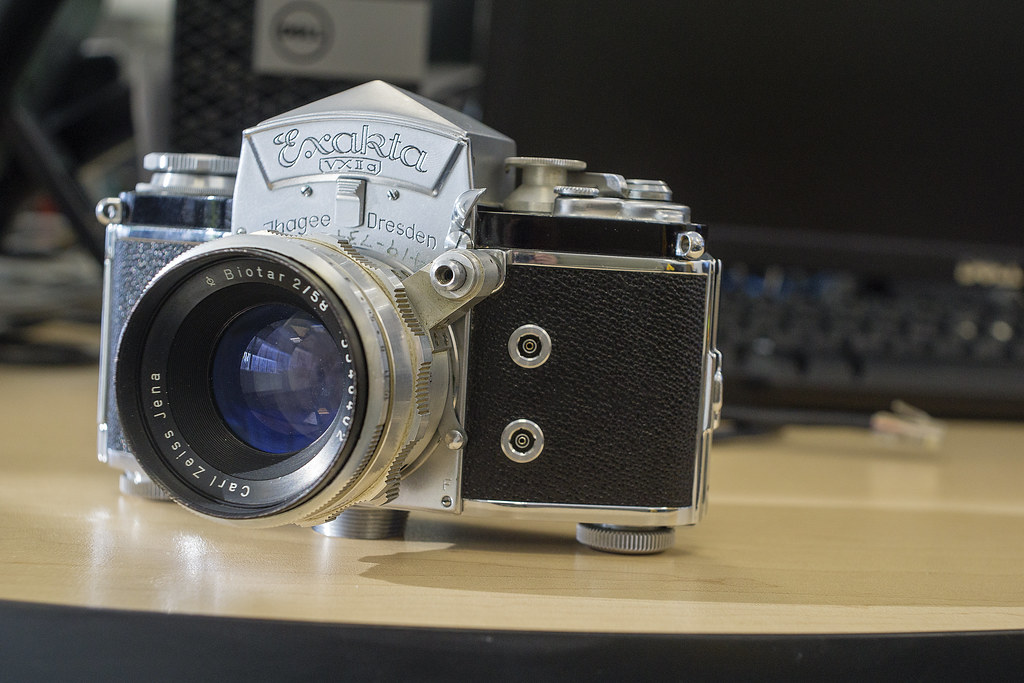 Leica M6 – Kodachrome
Okay so we realize that the Leica featured in the Netflix original film Kodachrome is not an M6 but rather an M4-P, James has a far more modern Leica and feels that if you’re going to spend the coin on a Leica may as well go for the top dog. And it does make sense to have the father character use a Leica M-Series camera, they are truly a photographer’s camera and one that is equally iconic as Kodak’s Kodachrome film.

Nikon F – Blow Up
Like the Leica, an equally iconic camera is the Nikon F and if you’ve seen any movie that’s set in the Vietnam War or anything related to the 1950s and photojournalism, there is no other camera that you’d see in the film than the Nikon F. And there’s no better member of the team to talk on the camera than Bill, who owns several. The F marked a change in cameras, it was the first system SLR with a full range of interchangeable accessories, prisms, and lenses and kicked off the Nikon professional line of cameras. 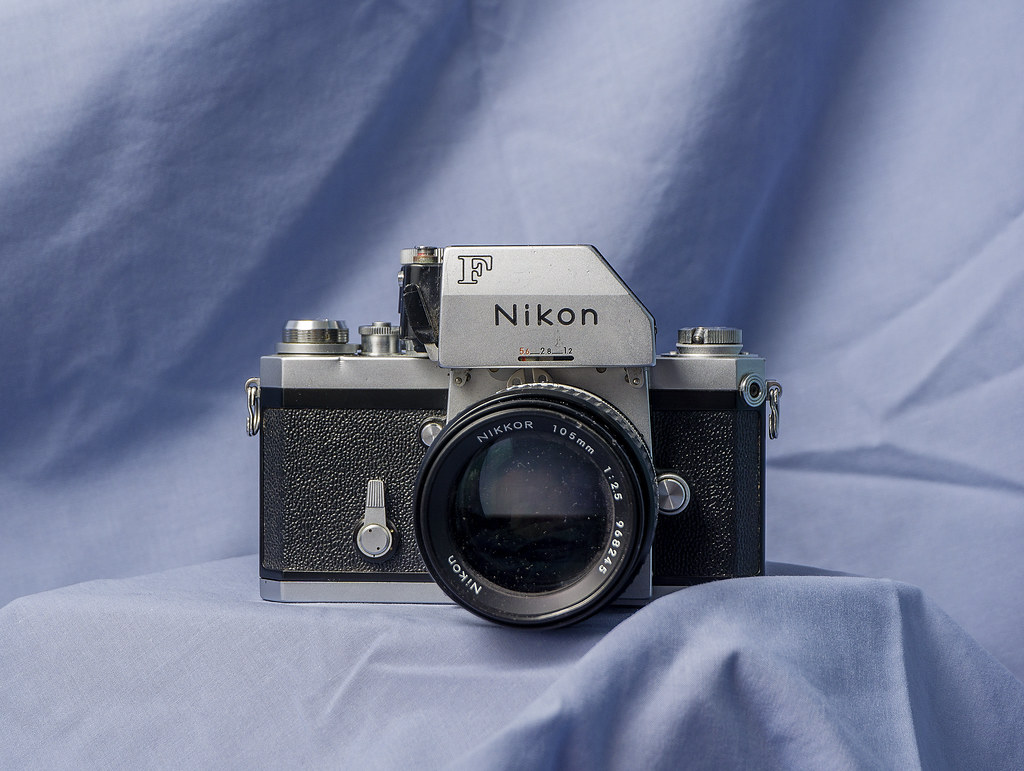 Film Ferrania P30 – It’s not Chrome, but it’s Awesome
If you’ve been following the news last year, you will have heard of Film Ferrania’s work in bringing back a long-lost slide film. And while they’ve faced a pile of barriers in this process, working with old equipment, in an old building, and miles of governmental red tape, they have brought back something. That something is Film Ferrania P30, based on the original P30 a motion picture film is a silver-rich ASA-80 black and white film. The gang has been shooting the film and now has their assessment of the product!

Mark your Calendars – The Classic Camera Revival – GAS Meet II!
Yes, we’ve got all the details for our GAS Meet II! If you came to our first GAS meet, you’ll know we have a great time but this time we’ve switched up the venue, we’ll be meeting on the 8th of September at the Grand Cafe, 18 Queen’s Square in Cambridge, Ontario at 10:00 am, followed by a loose walk through historical downtown Galt! We’ll then meet for lunch at the Black Badger (55 Water St N). So RSVP on the Facebook Event, or just show up the day of! We hope to see you all there!