Taking a look at one of the most sought after films from Lomography, their Purple line of Colour film brings back a similar look to the colour infrared films like Kodak Areochrome. But despite the Chrome in the Name, Lomochrome Purple XR is a colour negative film. Well, enter Purple XR, which can be shot at three different speeds to produce different results. Sadly I only had one roll thanks to the Emulsive Secret Santa, so why not shoot 12 frames for each speed have the roll processed as usual and see what happens! If you also note, I’ve had to come up with different criteria in which to review colour films, so we’ll see how that goes! 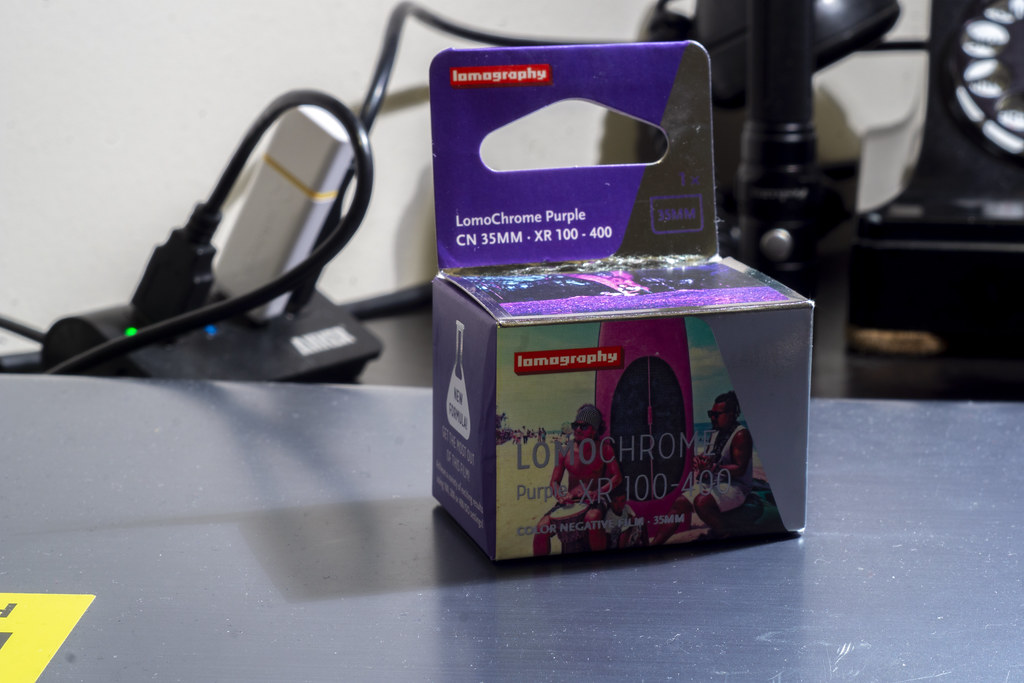 Colour Redition
Right off the bat, I’m going to say that Purple is a false-colour film meaning the colours are far from the truth. There is the unique purple look to all the images which certainly threw off Photoshop and the scanning software. Maybe it was the light I was shooting the film in, but there were only a few images that I honestly could say that I liked. And those you can see the real false-colour nature of the film, the shifts of the greens and blues. But then again I was shooting the film at the top range of its speed (ASA-400). I’m sure it would behave better in full sun at a slower speed. But when testing things like this, there’s no real right or wrong way. But I do feel the film would work better in spring or summer with full sun and colours out to get the best results.

Image Quality
False Colour aside the image quality is not too bad, considering it still looks like expired, cross-processed, slide film. You see some grain and some softness around the edges, some chromatic aberrations but nothing that can’t be removed through Photoshop. If it had been shot slower and under full light, I’m sure the image quality would be much better. And it certainly shows between the photos I shot in brighter conditions opposed to those shot under shade.

Scanning
Probably the most difficult part of any hybrid process is scanning colour film, and I’ll say Purple gave me fits. It is probably because of the above two issues I had with the film. I’m sure with a different shooting style and conditions they’d be far easier. But I will say when the images are the weirdest they are the best scanned and processed images. I purposefully avoided using the colour correction and just made sure my levels and curves were adjusted to allow the false-colour to shine where it does.

Overall Impression
Purple is a hard film for me to get behind, but I’m glad I got a chance to work with it, I wish I had waited to shoot it until I had better conditions. Would I use it again? Probably not, it is one of the more popular films from Lomography which makes it hard to come by and fairly expensive. So what is the film stock, in reality, even the film is keeping that secret as the rebates only say “Color” and the numbers 100 and 400 so even a true film speed remains a secret. Now don’t take my reluctance as a black mark against the film, I’m sure in the hands of someone who is a little more ‘in line’ with the Lomography world it would sing! And you can find plenty of evidence online to prove that point. But if you’re using to normal films, I would avoid the Purple.