There’s a little category of cameras between manual focus and point-and-shoot. These cameras, often mistaken for Point-And-Shoot are Manual Focus, have little automation, and require you to guess the focus. We’re calling them Scale Focus Cameras and on today’s show, the CCR gang has a wide range of cameras from semi-automatic to toy.

Voigtländer Bessa 66
Back when the Bessa name indicated some form of medium format folding camera, the Bessa 66 is often called the Baby Bessa. For John, this camera is special, produces amazing black & white images. The camera itself was a gift from John’s friend David Kent. He has a post-war version with the Color Skopar lens which as a better coating on it than pre-war models. Now the camera is a folder with bellows, so if looking for one ensure you bellows are light tight or can be repaired. 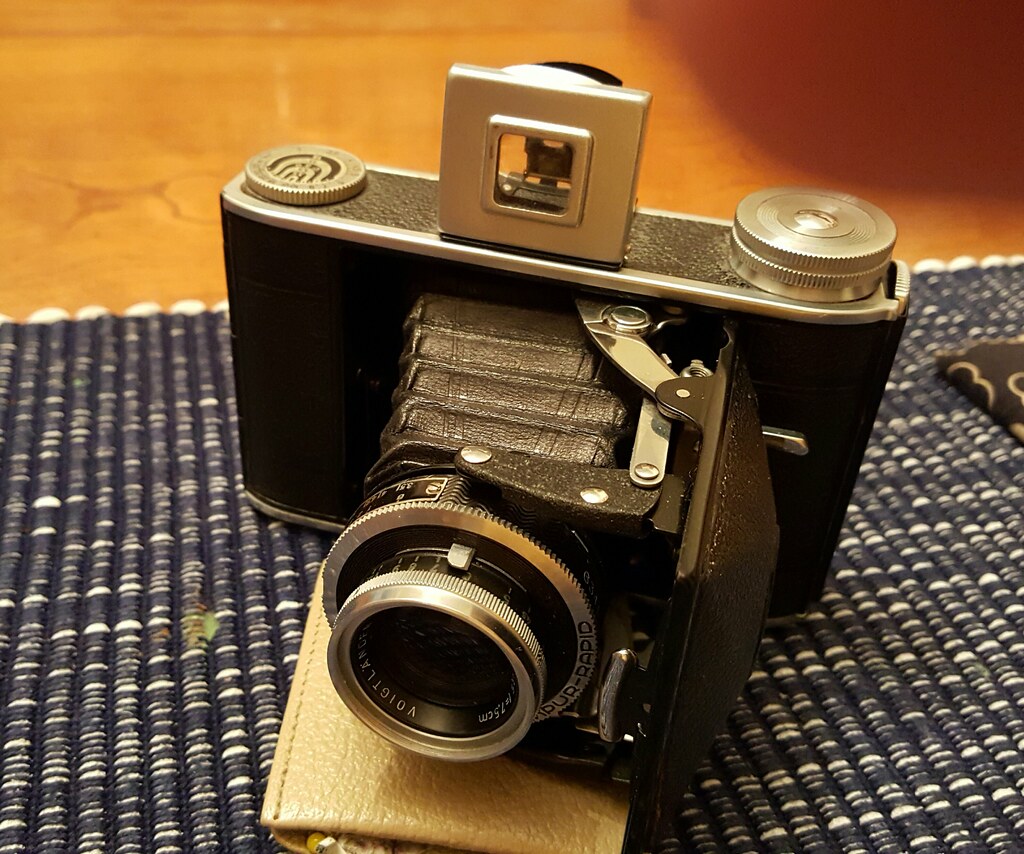 Holga 120N
For Alex, he has to be in the right mood to work with toy cameras and the Holga fits the mould perfectly. This is actually Alex’s second Holga 120 and behaves far more like a Holga than his previous unit. While the Holga dates back to 1981, the particular unit he owns today is from the post-2017 resurrection of the iconic camera line. The Holga factory shut down in 2015, but Freestyle Photographic along with a Hong Kong manufacturing company Sunrise tracked down some of the original moulds and restarted production in 2017. Today you can get a plastic lensed 120N or a glass lensed 120GN. 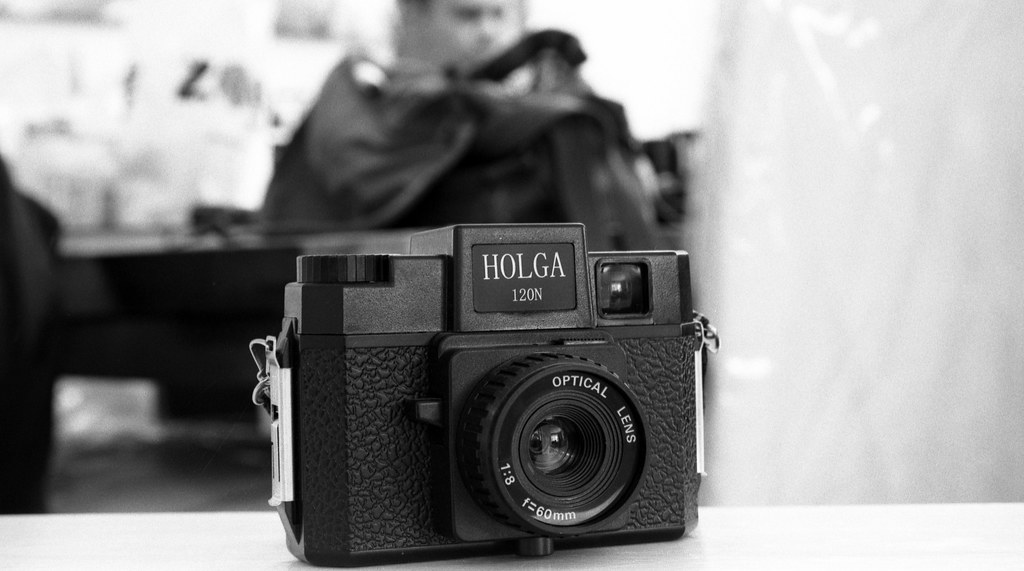 Rollei 35
Bill’s like of the Rollei 35 comes from borrowing the version that his brother Alex owns. And because of that, Bill does recommend getting the German-built version which does have better build quality and optics. A camera small enough to fit in one’s pocket with the power to take amazing photos. However, the bottom mounted accessory shoe is a bit weird and would make for mounting a rangefinder awkward. It certainly has become a camera on Bill’s wishlist. 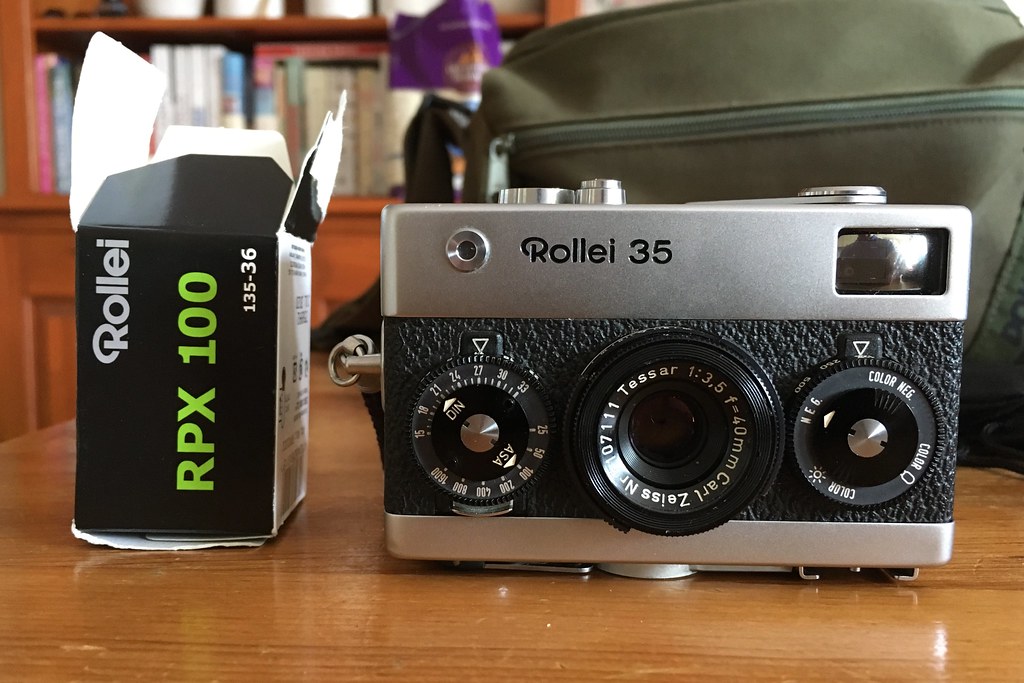 Fuji Fujica Compact 35
Surprisingly this is the second version of the Compact 35, the first version was released in 1967 but lacked a hot shoe, the 1970 variant included the accessory. The Compact 35 is almost Fuji’s response to the Olympus Trip 35 with both having a selenium cell with auto-exposure function or a semi-automatic with aperture priority. Like any camera of this type, you do have to watch for a dead selenium cell. But you can’t beat the lens that the camera has, Fujinon is good glass! 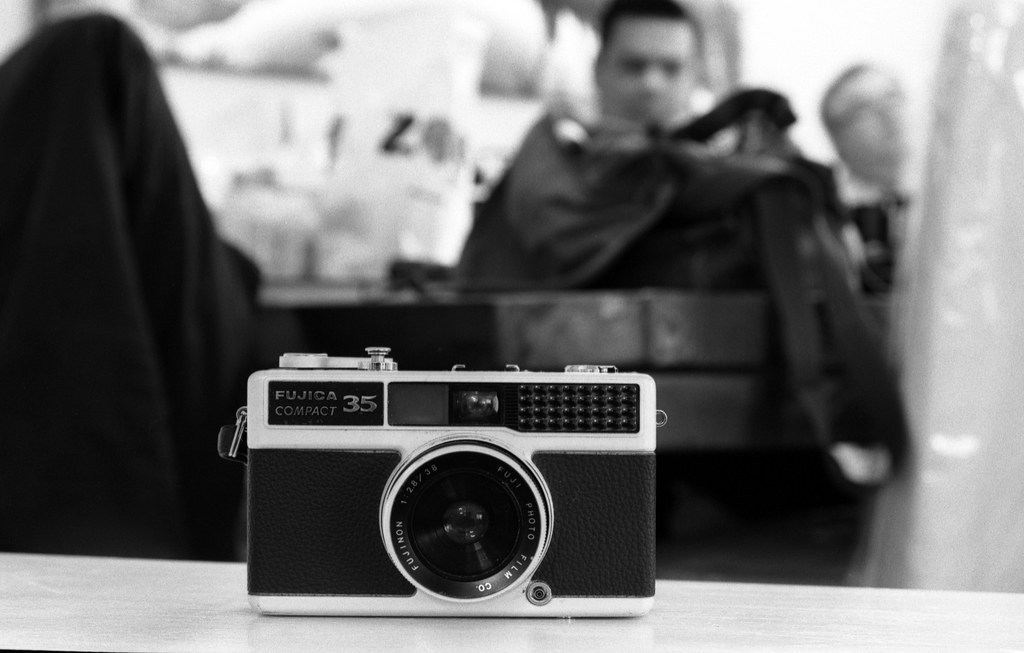 Ansco Memar
Better known to some as the Agfa Silette, this mid-century point-and-shoot. And while by this point Agfa and Ansco had split, both companies continued to work closely together even in the post-war era. That can be seen by the Agfa lens on the Ansco camera. But according to Mike, his favourite part about the camera is the lens, super sharp at any aperture. Not to mention the all mechanical camera will keep working no matter what! 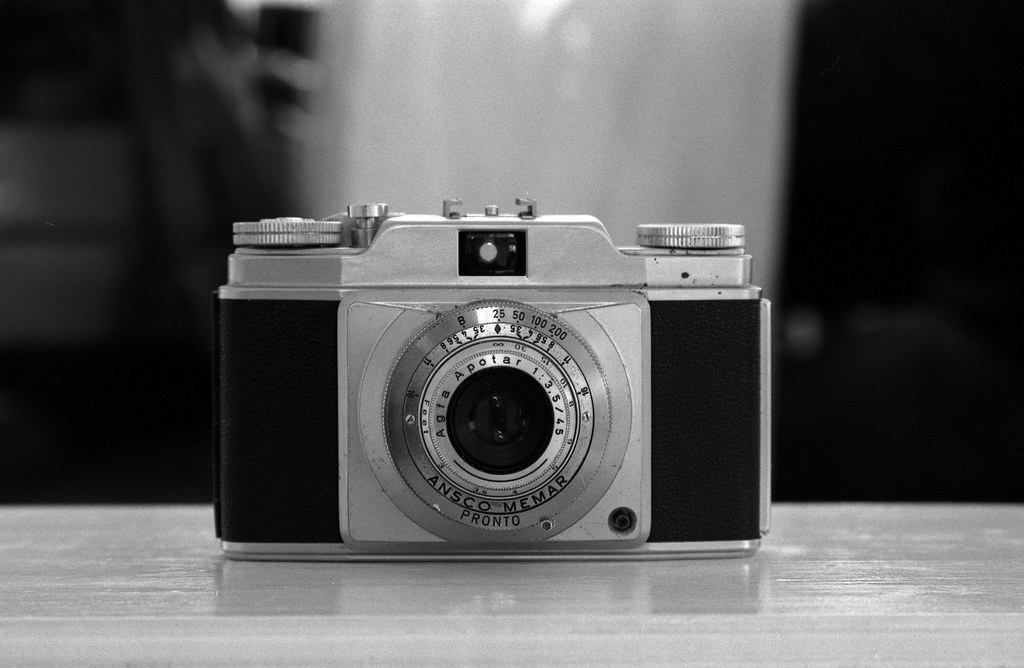 Ilford Simplcity
Earlier this year our friends at Ilford Photo introduced something new, the Simplicity Pack. As a long time home-developer, I’m going to come right out and say the Simplicity Pack is not for me, but if they had something like this when I first got into home-developing, it might have made the transition from lab processing to home processing much easier. Basically, you just have to buy the one box and have enough developer for two rolls of 35mm or one roll of 120. You also get stop bath, fixer, and wetting agent. All in nice easy to use pouches. The developer is Ilford Ilfosol 3, which is a good place to start. You can read more about Alex’s experiences with the simplicity pack in his extensive review and discussion on a dedicated blog post! 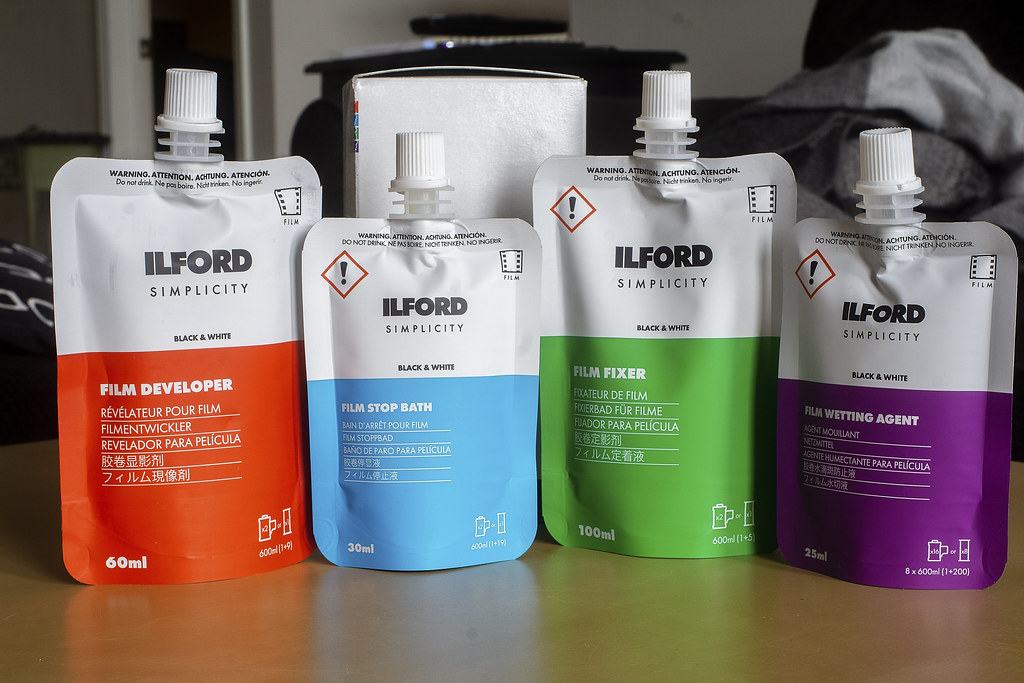 Looking for a good spot to get your gear and material fix check out Burlington Camera (Burlington, ON), Downtown Camera (Toronto, ON), Film Plus (Toronto, ON), Belle Arte Camera (Hamilton, ON), Pond’s FotoSource (Guleph, ON), Foto Art Camera (Owen Sound, ON). Out West there’s The Camera Store (Calgary, AB) and Beau Photo Supply (Vancouver, BC). Additionally you can order online at Argentix (Quebec), buyfilm.ca (Ontario), the Film Photography Project or Freestyle Photographic. Need a place to develop you film? We at CCR often send our slide film off to Boréalis Photo Lab in Montréal, Québec. For our American Listeners, The Darkroom and Old School Photolab provide amazing service!