Often overlooked by many photographers in favour of Portra 400, Portra 160 is a different film altogether and one that is not a particular favourite of mine. Part of the early resurgence of film from Kodak that brought us Ektar 100 and Portra 400. Portra 160 is the combination of the two early films Portra 160NC and 160VC. As the name suggests, the film is designed primarily for Portraits and presents a low contrast almost pastel look a clear departure from the vibrant colours you get from Ektar 100. 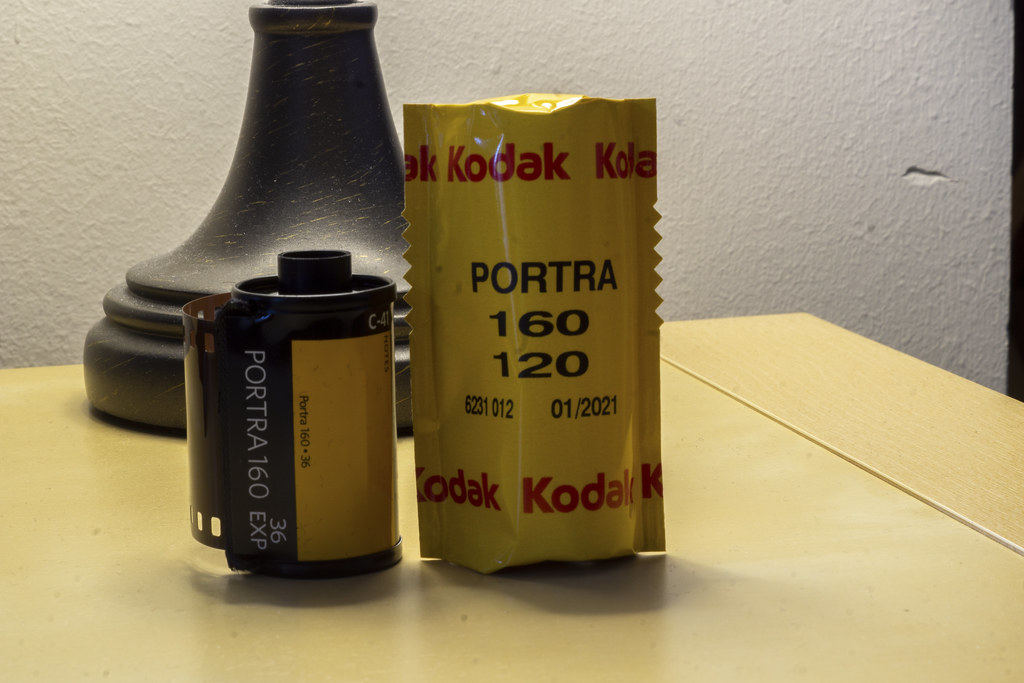 Colour Rendition
Personally here’s where Portra 160 falls in my book, and this is my taste in colours. The colour rendition is far too pastel, low contrast for my tastes. And in dull weather, it looks blah, and in bright sun it looks like something out of a children’s television show or book. Again I’m sure the colour palette is designed around human skin tones, but even when I used the film for portrait work I did not like the images again the low-contrast look, and the skin tones were excellent, but that pastel look doesn’t do it for me.

Image Quality
The image quality with Portra 160 is amazing, with smooth grain, sharp images no matter what format you shoot on (35mm, 120, sheets). But still there’s a certain softness on the images that doesn’t take away from overall sharpness, it’s just a little bit of a smooth edge opposed to a crisp one. That said this is a film designed for portrait work so edge sharpness might not be what you want, rather smoothness makes a face and human form far more pleasing.

Scanning
Like all modern films, they are straightforward to scan. The scanned images do tend to drift to a magenta tone; however, this is easy to correct in Photoshop even using the automatic functions, though the auto colour tends to over correct to a green hue, a second auto tone adjustment will bring the images back to a middle point. The scanning also does not result in too much digital noise or artefacting on the digitised images. While there is a bit of cupping on the film, even in the stock Epson scanning trays they flatten out enough to scan.

Overall Impression
When it comes to Portra 160, it is not my favourite of the two Portra films. I find that I can get results that I like more out of Portra 400 when I pull it a stop and a bit and even develop it normally you get that soft pastel palette. I’m sure if I did more portrait work especially with female models Portra 160 would be my film of choice, but as it is I’m more a bright colour when it comes to my colour film and even digital work, something that I’m more likely to get from Ektar 100 or Portra 400. But don’t let my views stop you, Portra 160 is an amazing film and probably better for portrait work than Portra 400.