Among film photography circles there are several cameras that rate as a cult camera, others as rare and a select few that rate as both Rare and Cult, the Contax 645 AF is in that category. I had never even known a person who also owned one, so when I was offered to use one for review, I jumped at the chance. The Contax 645 is a fantastic camera, but sadly it suffered the fate of being far too late in the game and would have done far better if Kyocera had released a digital back for the camera and got into the MF digital format first. Special thanks to Alan Gaunt for loaning this beautiful camera out for review! 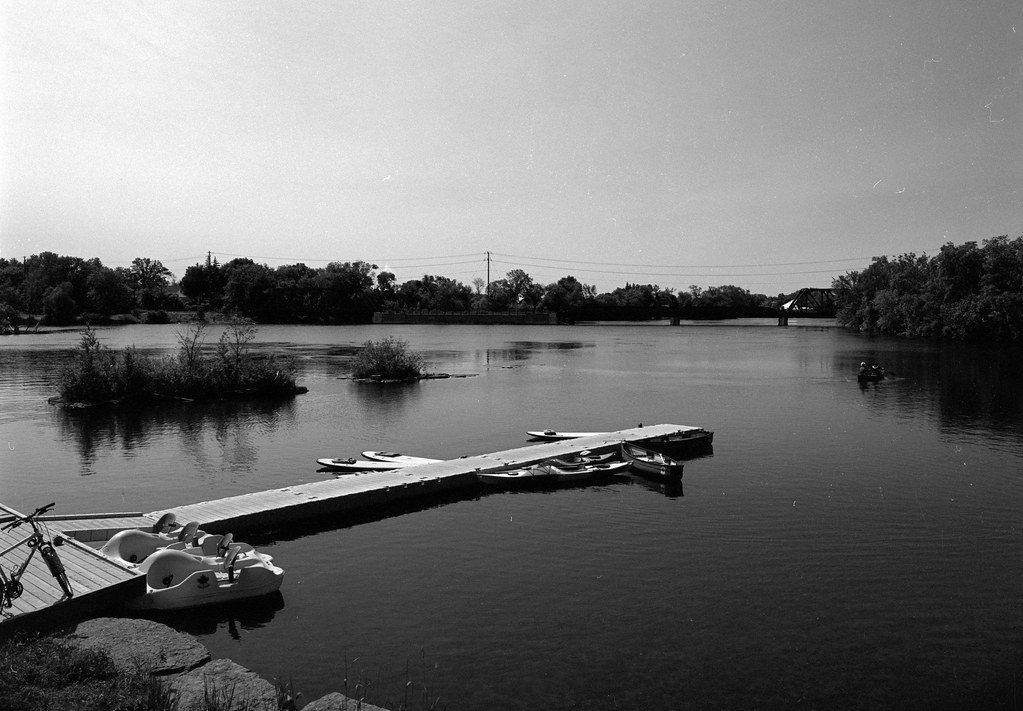 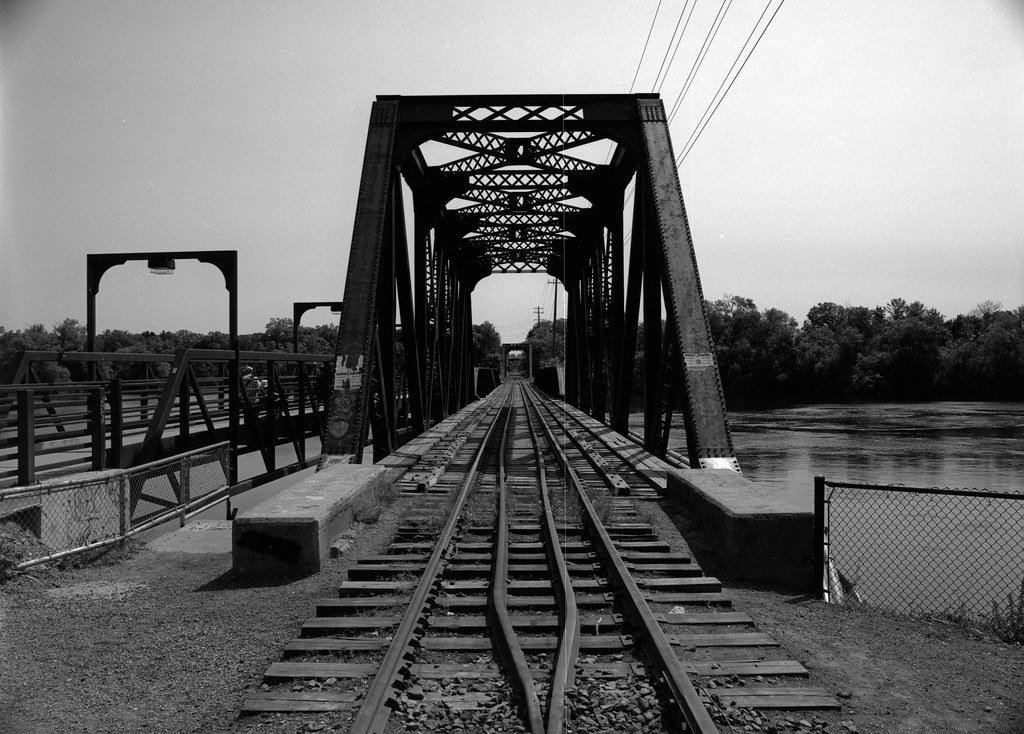 Background
Kyocera was making good use of the Yashica and Contax brands and produced a lot of amazing cameras through the 1990s, but these were all 35mm cameras. And the photographers who used them loved them. Good optics through licensed Carl Zeiss optics that stood up to their German cousins. But their customer base wanted something else; they wanted a medium format system. Both Mamiya and Pentax had released autofocus versions of their 645 format SLRs, and now Kyocera wanted to join those ranks. First released on the 20th of February 1999 the Contax 645 AF answered that question. But Kyocera didn’t just want to make another 645 SLR. They wanted it to be the best. Leveraging their position to manufacture Zeiss lenses they created a lineup of nine lenses, from a 35mm f/3.5 Distagon to a 350mm f/4 Tele-Apotessar and a 45-90mm f/4.5 Vario-Sonnar. These lenses were both autofocus and manual focus, to switch modes all the user had to twist the focus ring, no switches. The body fully modular with a film back that could accept both 120 and 220 inserts a Type-100 Polaroid Back, AE prism and waist level finder. Plus a wide range of accessories. But the cool part is that when it came to 220 film, they had a speciality film insert one that used vacuum suction to create the flattest film plane on the market, a maximum of 4.8μm from the film surface to the backplate. The camera has both automatic, semi-automatic, and manual exposure settings and with the use of an AE, prism allows the photographer to make use of all four modes. However, the camera proved expensive and not known for being reliable and by 2005 manufacturing ceased. 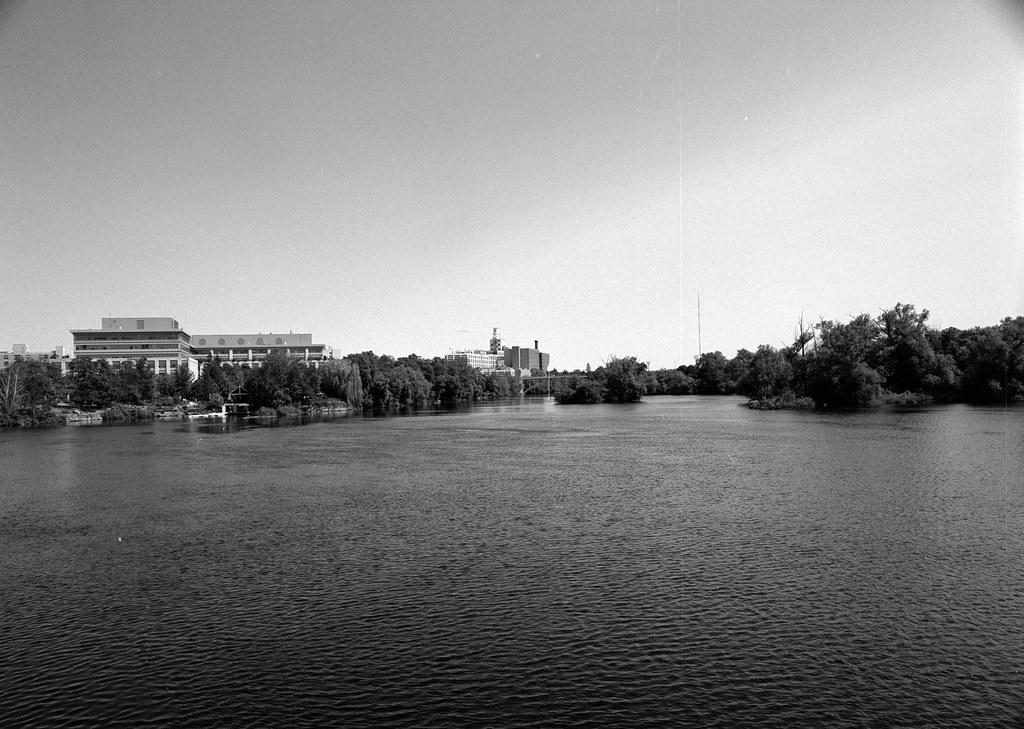 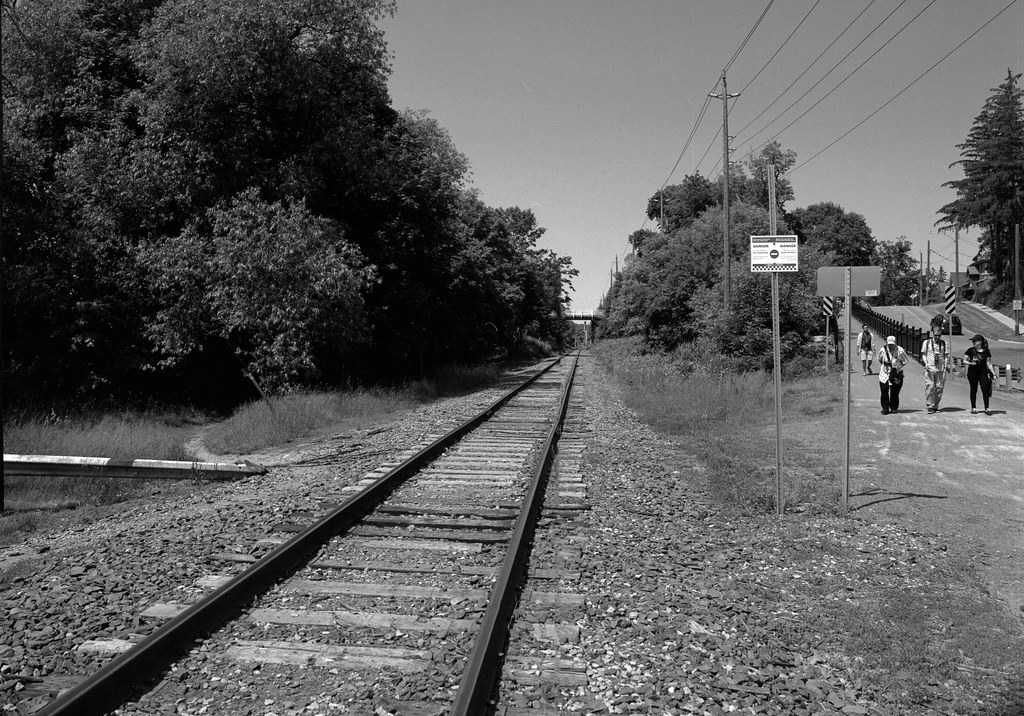 Impressions
This camera is a beast. However, it is smaller than I expected it. And despite having never operated the camera before I almost instantly felt familiar with the machine. The grips are smooth, moulded almost reminded me of the Maxxum 9. Even with most of the body is taking up by the mirror box the controls for the shutter speed and EV compensation were big and easy to operate, but leaving those alone as I operated the camera in Aperture priority mode. The mode switch understated, which is my only complaint about the interface. Film loading is simple if you can load up a Pentax 645 or Mamiya 645 you can run with the Contax 645. I think this fairly similar to the loading and unloading of hot-swappable magazines from the later model Mamiya 645 AF line than the older m645. And also have two shutter releases with the motor drive attached is fantastic as it makes shooting both portrait and landscape orientation a breeze. Seriously I think the designers at Kyocera took notes from Minolta on this camera. You probably could slap a “Minota 645” sticker on it, and no one would blink an eye. 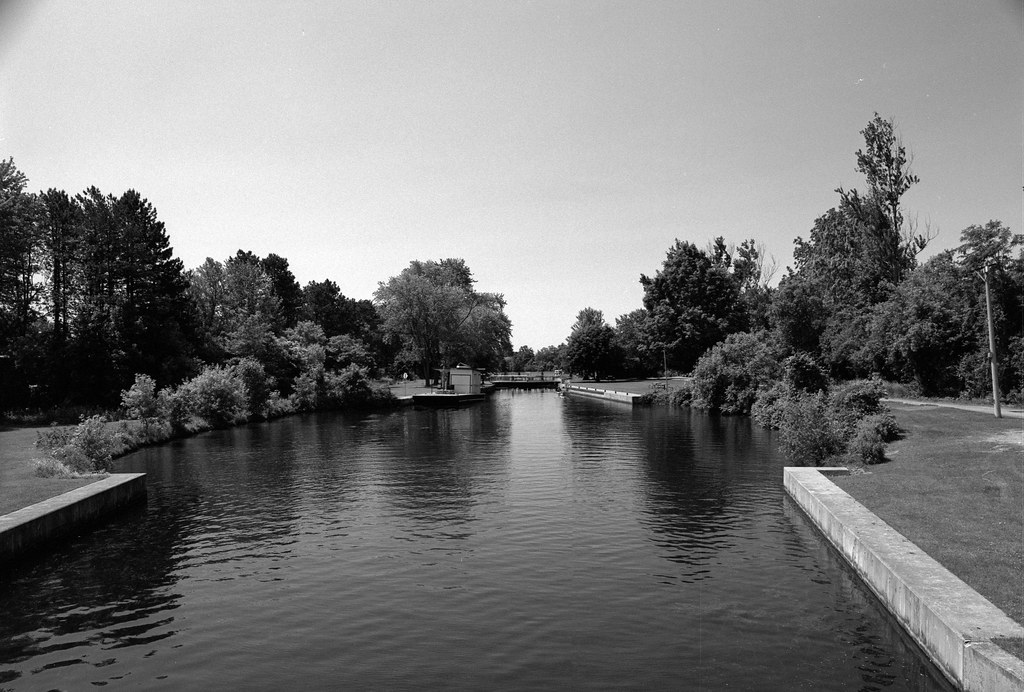 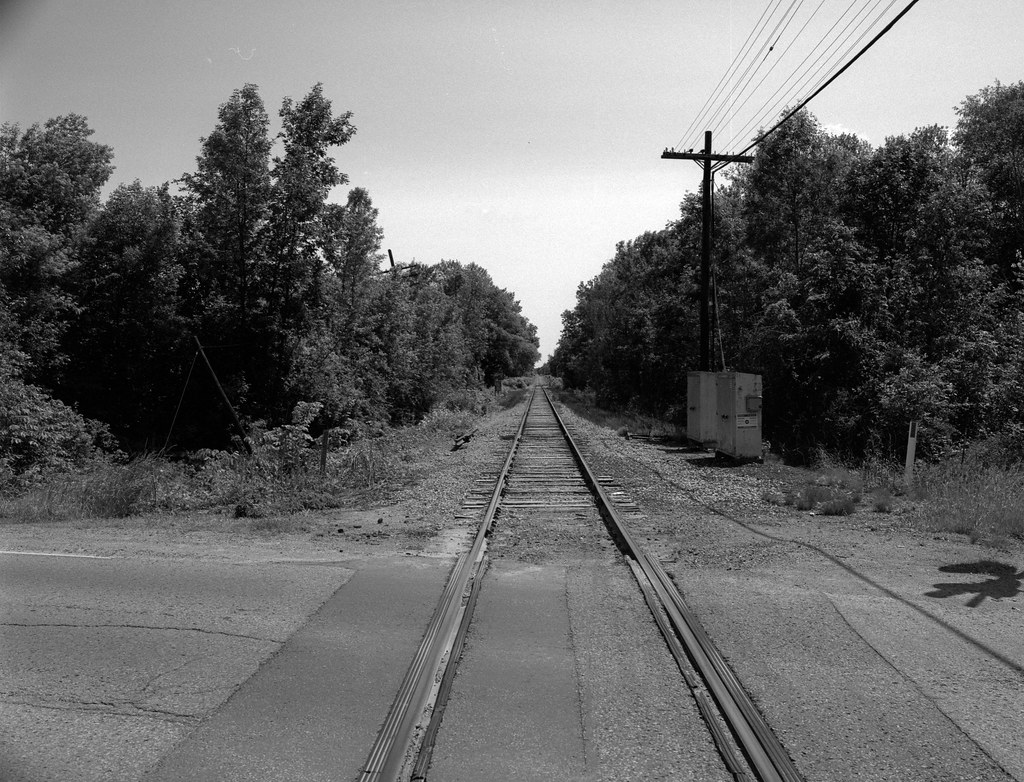 Experiences
If you do have the pleasure of owning one of these, you are going to want a couple of things. First of all, trick it out, go all in. By that I mean if you’re going to spend the money on a Contax 645 system get everything the body, prism, grip, and of course a heavy duty strap. This is by no means a lightweight camera and weighs a lot, after only a couple hours of operating the camera without a strap my arms were hurting, at least there was a hand strap to help out but no my much. The AE prism is an amazing addition, it’s big and bright and has all the exposure, focus points, and film counter in a clear green-on-black display which is bright. Which certainly helped on a bright sunny day. The longer lenses do tend to add a bit more weight, but I wanted to go with something a wide to complement the 100mm lens on my Maxxum 9. You also get the full 16-frames on a roll of 120 and the camera imprints not only the exposure data on the film rebate but the lens code as well, in my case D45/2.8 which is an added bonus. The one beef I have is autofocus speed is slower than I expected. It does take a bit for the camera to dial in it in, which seems odd because, by the late 1990s, AF had become fairly snappy, the Contax is pretty close to speeds I found with my F4. 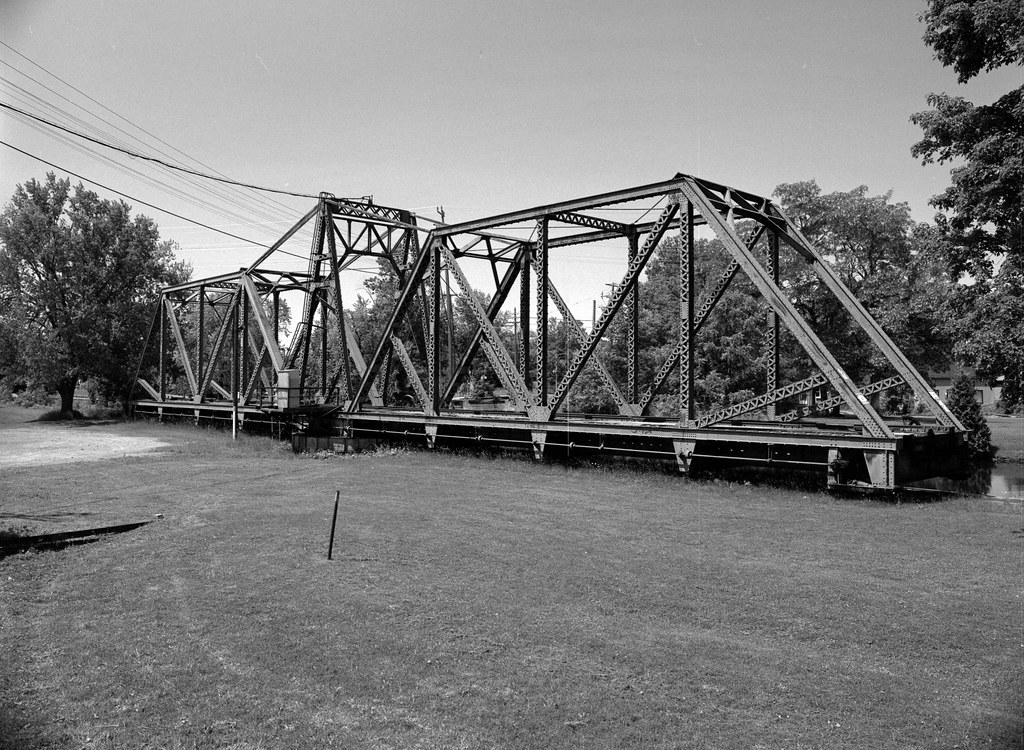 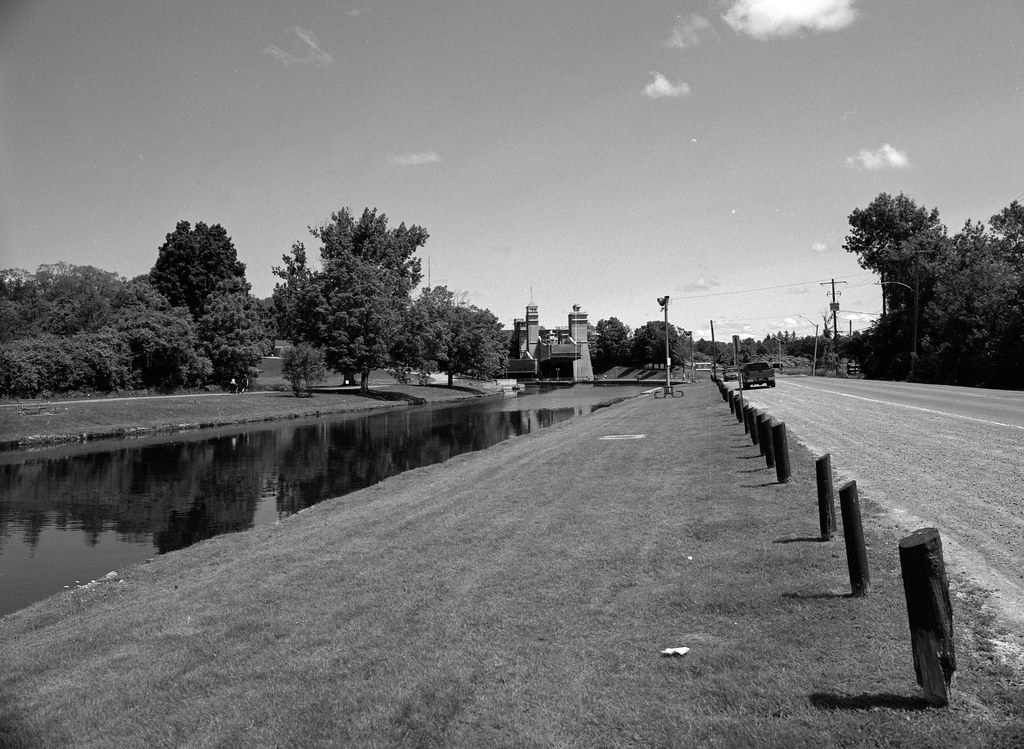 Optics
Yes the lenses on the Contax 645 are Carl Zeiss, but no they are not German made, rather made under contract by Kyocera. You have to remember that Kyocera used both the Yashica and Contax names under which they built cameras, but they also licensed the Carl Zeiss name which is how their top cameras used Zeiss glass. I’m talking not just the 35mm SLRs but the G2 AF Rangefinder, and of course those overinflated T-Series point-and-shoots. These lenses, while not German, are the real deal, having worked with them before. And the optical quality of the images is what I expect out of Zeiss glass, and for the most part, I was shooting around f/8 to f/16 all day with a yellow filter attached. However, the one thing I did not expect to see is vignetting at the corners. The cause I’m unsure of it could have been any number of things the lens hood the filter itself, or even the lens. 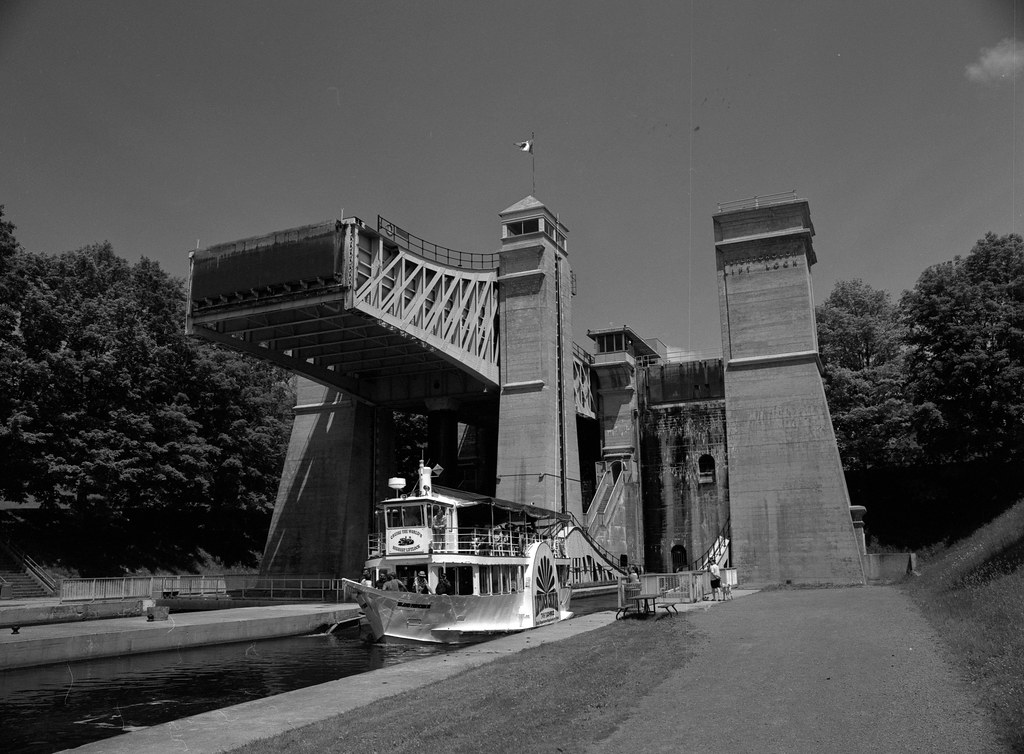 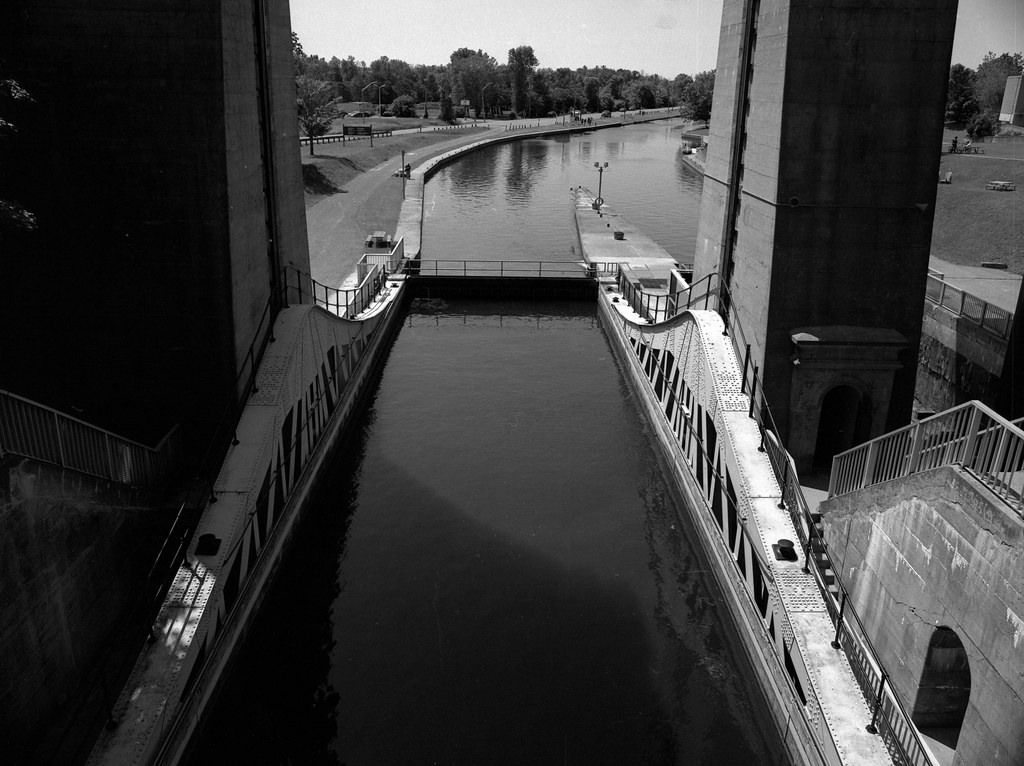 Lowdown
These cameras aren’t cheap, a body without anything will run nearly a grand on the used market, a waist level finder around 400$, lenses reach from 400$ to 2400$, and another 400$ for a back. So unless you come across a complete system, I don’t recommend piecing one together. And these are also rare systems on the used market, which is why they carry such a premium price point. There is something to be said, despite the minor issues I have with the Contax 645 it is a sweet camera to use and would make a great rig for a portrait photographer. Power in the camera body alone comes from a 2CR5 battery; however, with the grip, you can run it off of AA batteries, which does make it a little more usable. However given the prohibitive price point, you might be better off looking at the Pentax 645N or Mamiya 645 AF if you want a modern 6×4.5 medium format SLR.