They aren’t flashy, pretty, but they do a good job. Like a Reliant K, they get you from point A to B without trouble or style. But they at least do a good job in the field.

Public Service Announcement – New Hand Luggage Scanners
Before we get into the main body of the episode, we here at CCR would like to bring attention to new scanners being employed by the American TSA. These new scanners are designed to better see inside your carry on and use a CT Scanner rather than traditional X-Ray scanners. And while they will allow the security officials to better do their jobs, a single pass will wreak your film. We were first alerted to this by Freestyle Photographic and Kosmo Foto last month. It would be best to not use a lead foil bag, they won’t help either and just ask for a hand check, if you’re clear, polite, and professional, the TSA will follow through with your request. Currently, the new CT Scanners are installed at the following airports. You can find more details at the Kosmo Foto site or the TSA site.

K-Car Cameras
While they aren’t that fancy nor eye-catching, these are cameras that will just do the job get you the shot without any fuss or fancy features. You can have ’em for a low price but they’re far from being cheap. Here are our picks for the cameras that are Reliants, Le Barrons, or Le Barron Converatables.

Yashica Minister III
There’s a reason we haven’t discussed the Yashica Minister series on the show before. It only saw production for a year and seemed to fly a little under the radar among the vast numbers of fixed lens rangefinders of the 1960s. 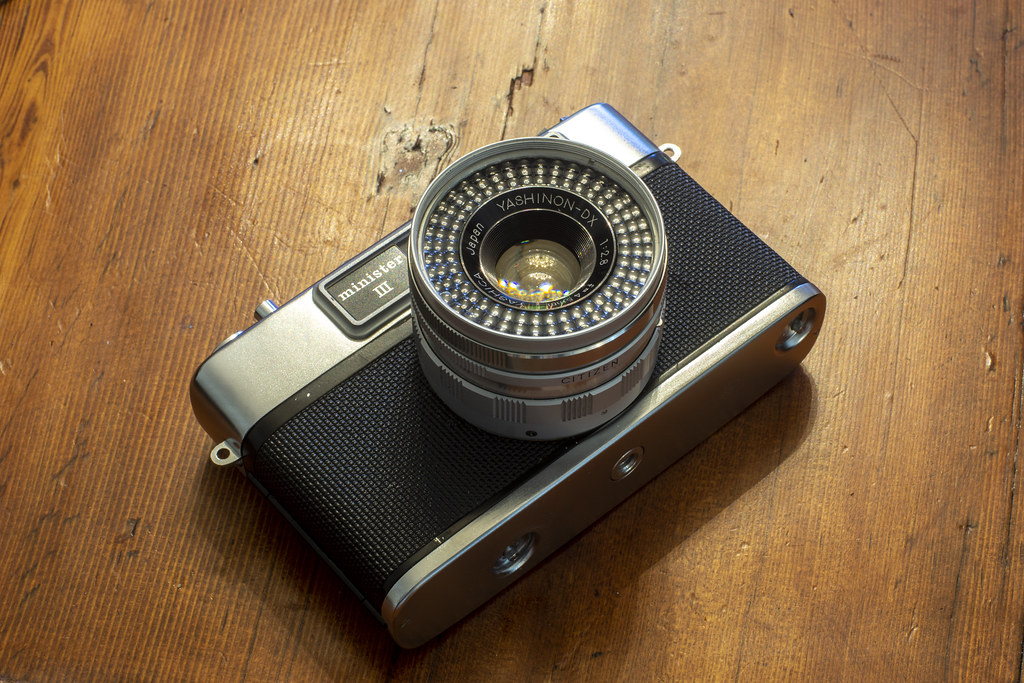 Nikkormat FTn
These just work! The Nikkormat line while aimed at the consumer market is known for its heavy-duty frame and construction and bulletproof reliability. And while you won’t see the Nikon name on them, trust use they are Nikon cameras and use the tried and true Nikon F-Mount and are mostly designed to handle pre-AI glass but will work with AI and AI-S glass as long as they have the claw on it. Any camera in the line will do you well, although the FTn, FT2, and FT3 are you best bets. 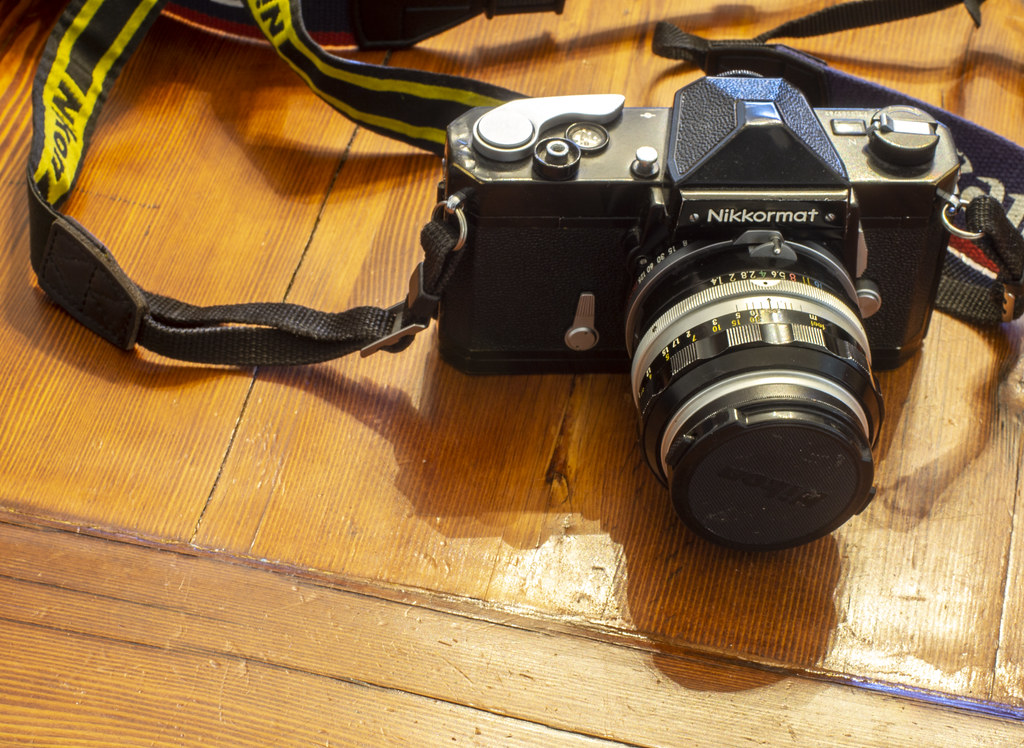 Pentax ME Super
The ME Super was Pentax’s apology for the ME, which itself is the answer to the small SLR craze started by Olympus with their OM-1 in 1972. What set the ME Super apart from the original ME is that it introduced a metered manual mode, in viewfinder display of shutter speeds, a new shutter speed range from 4s to 1/2000s and a second pin for dedicated Pentax flash units. But this camera is also slightly smaller than the OM-1 and super lightweight that helps it just do the job. Plus paired with one of the Pentax-M lenses you have a compact SLR that fits in any bag and even large pockets. 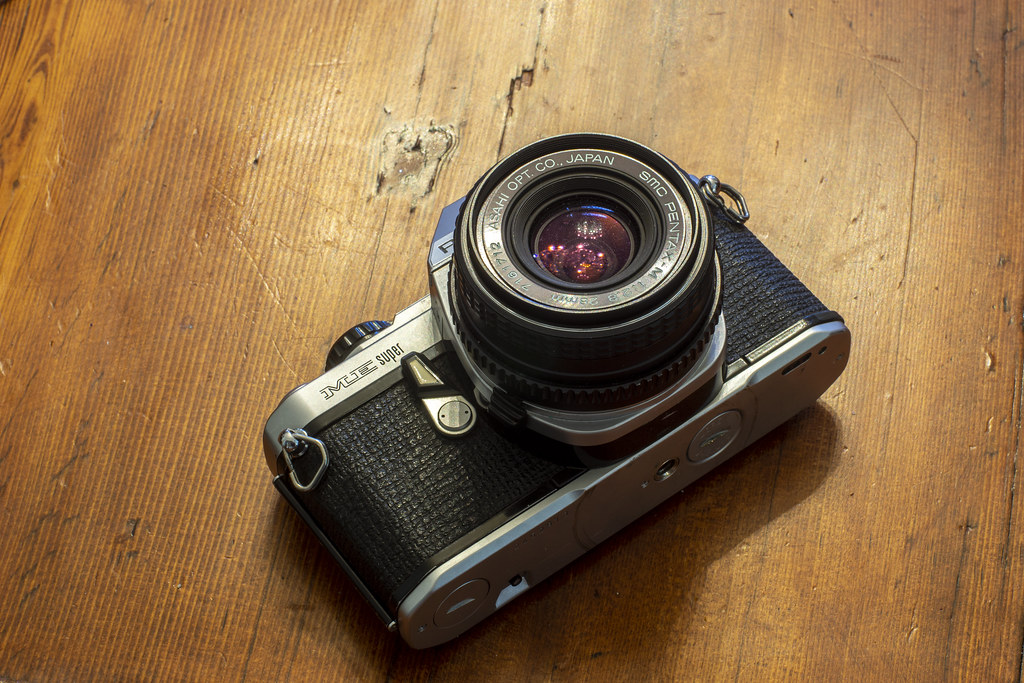 Olympus PEN EE-S2
Wait, a half-frame camera sneaking onto the podcast? Well at first glance you’ll think this is an updated version of the Trip 35 and you’ll be partly correct. But as a basic carry around a camera that makes you think with the half-frame format this lovely camera has become a fast favourite of Bryan. He mostly uses the format to build diptychs with a pair of images to tell a story and then scanned together. 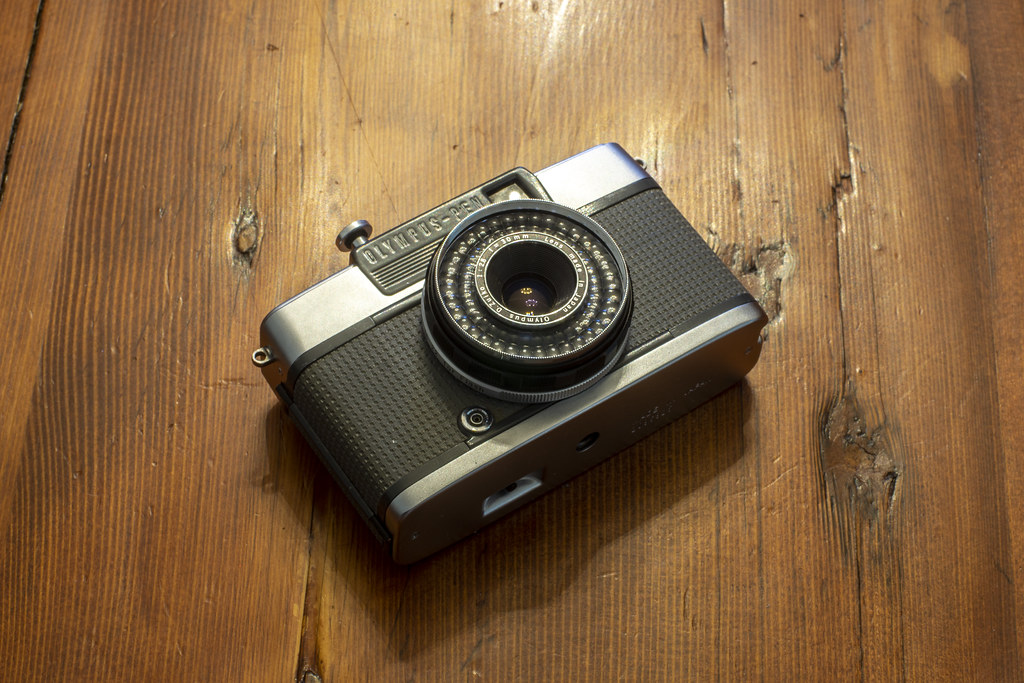 Getting Started with Film – A Q&A with Bryan
You’ll probably notice a new voice on our show today, the voice of Bryan Caporicci. We’ve been talking about getting Bryan onto the show for a while now, and we finally snagged him. While new to film photography specifically, Bryan is not new to photography. He’s been a photographer for the past thirteen years as a professional photographer in Ontario’s Niagara Region. While he mostly works with clients he takes beautiful images of both the people he works with and his own family. In addition to being a working photographer, he also teaches and runs a podcast of his own and often focuses more on the business aspect of running a successful Photography company. Be sure to check out his website for more details on Bryan and his amazing work!