These days you can pick up a ‘pro’ film body pretty cheap, but that doesn’t make you a professional photographer. The gang sits down to discuss not only the pro cameras in their collections and the finer points of being a pro photographer.

Professional Cameras
While many pro cameras can still command a high price on the used market, some of the older systems are relatively inexpensive for those who want to go with something a little older. And just because it isn’t an SLR doesn’t make it a professional camera.

Nikon F6
While certainly not aimed at the professional market, the Nikon F6, however, has all the trappings of the Professional line of 35mm SLRs that got Nikon rolling back in 1959. The F6 is the logical conclusion to the original F, with all the bells-and-whistles you’d expect out of a modern digital SLR, matrix metering, AF-S Support, use of almost all F-Mount lenses from autofocus to AI. It certainly is the camera that comes out the most with James. 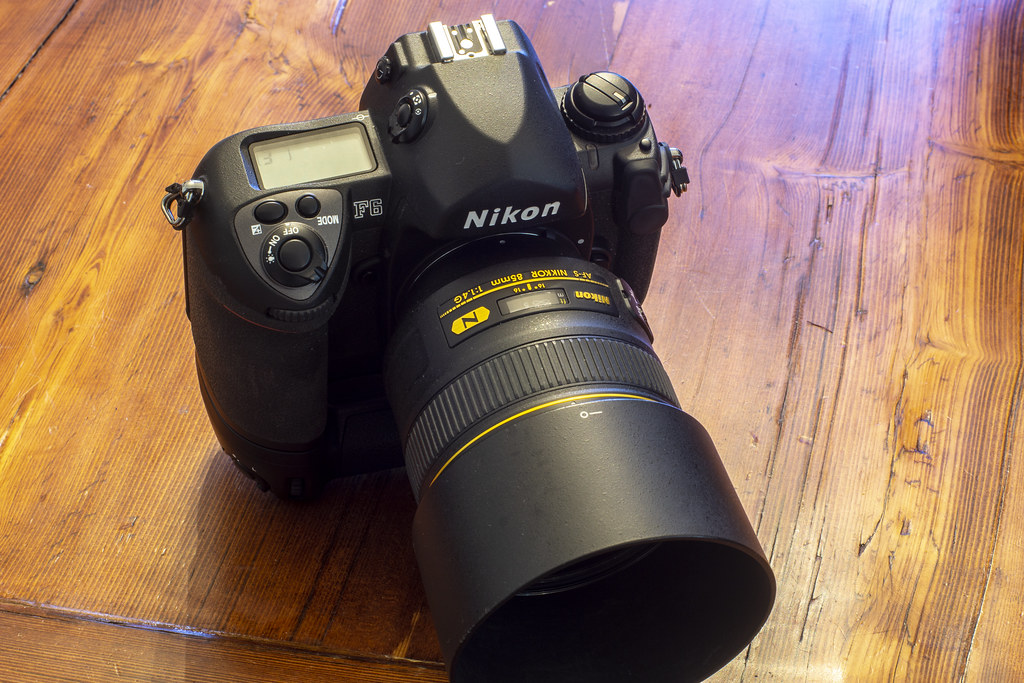 Canon F-1
Despite being the F-1, Canon’s first attempt at a professional SLR was designed to go up against the Nikon F2. The F-1 is certainly a camera worthy of the title professional as it features a full system of accessories that allowed the photographer to customise the camera to their purpose. Minor updates in 1976 resulted in the F-1n, and a major overhaul in 1981 saw a totally new camera with the same name, or rather the New F-1 or F-1N. The F-1 is always a favourite of Bill’s when he’s not out shooting his herd of Nikons. 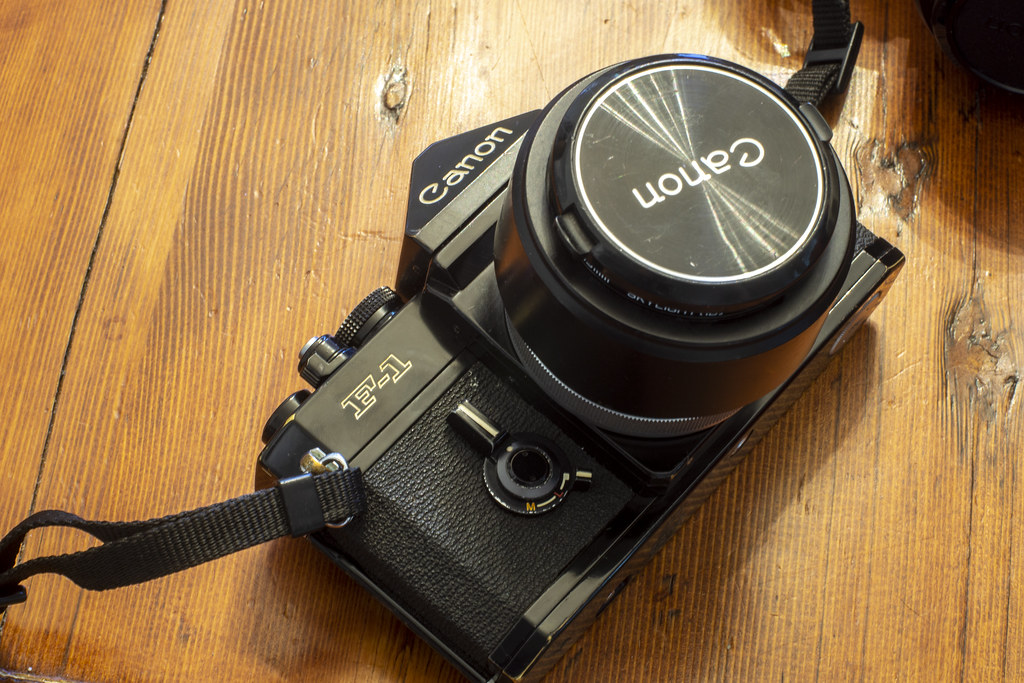 Leica M6
Before their were SLRs there were rangefinders as the cameras of choice for professional photographers. And what better camera to use for this show than the Leica M6. While not the latest M-Series film camera from Leica. The M6 is just right for anyone looking to kick it old school professional. With an easy to operate meter and no automation and optics that are some of the world’s best. It’s no surprise that Bryan has become rather fond of his M6. 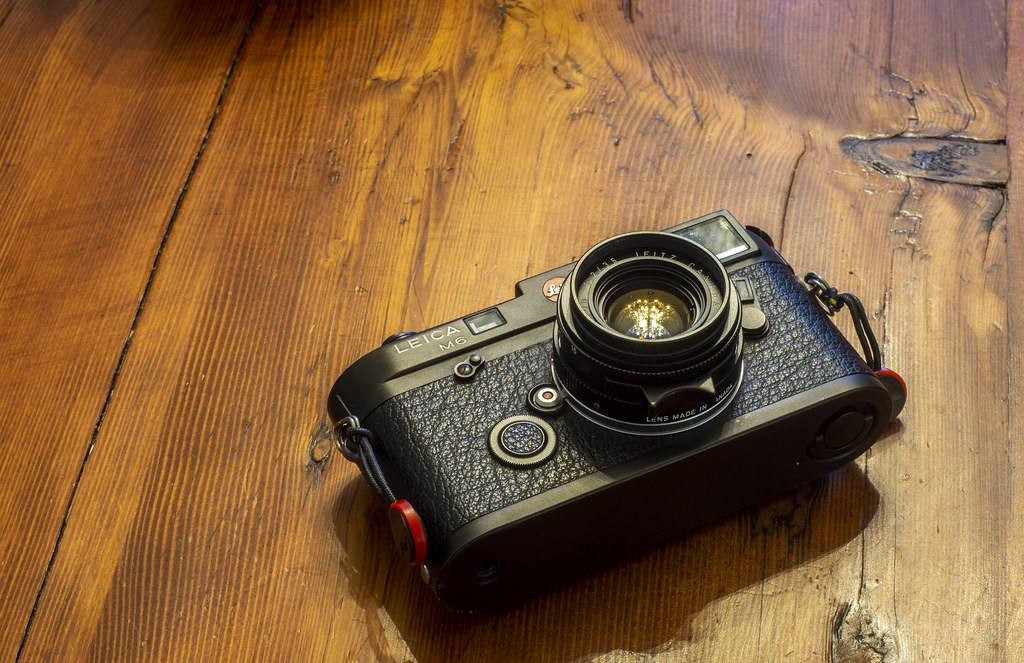 Minolta Maxxum 9
One of the final cameras to come out of Minolta before being merged with Konica and eventually sold off to Sony, the Maxxum 9 would be the final professional camera released by the company. Part of a long like of 9-Series cameras that always indicated their ‘professional status’ but the Maxxum 9 is a strange hybrid. It offers little in the way of menus to adjust settings, rather it handles all the main functions by physical dials. Something that reminds Alex of the F4, which is probably why the Maxxum 9 has become a fast favourite. 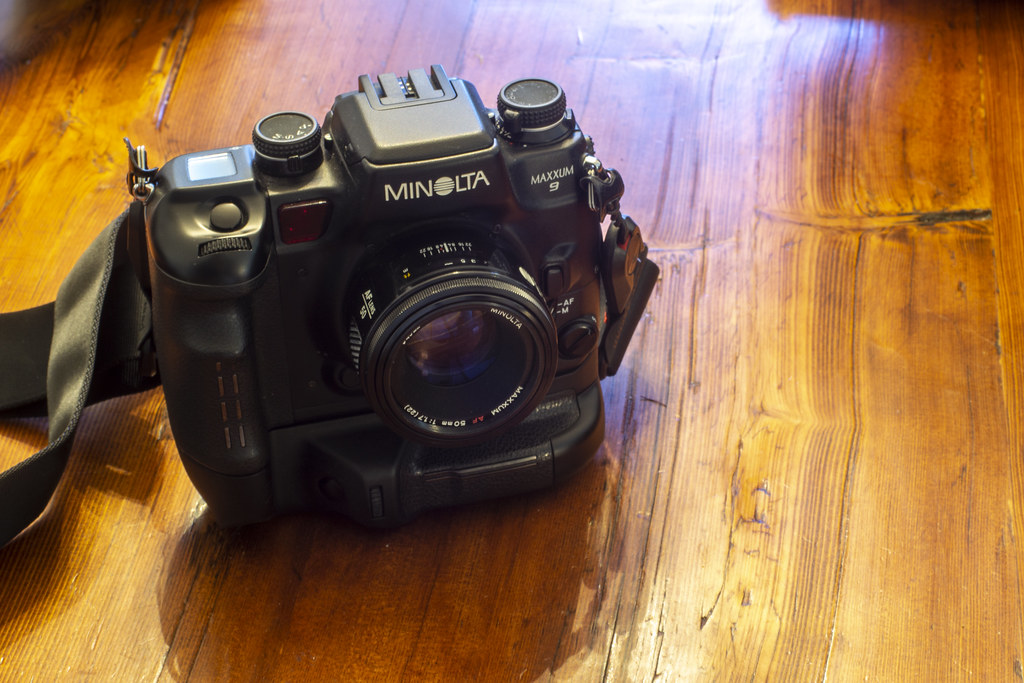 Shooting Film Professionally
There’s no such thing as shooting digital or shooting film professionally, it’s simply shooting professionally. And despite the fact, we love our professional cameras and these days you can pick up certain older professional cameras on the cheap. But when it comes to shooting professionally, first off it’s all about your attitude more than the gear. First and foremost you have to remember that you’re shooting for your client, not for yourself. Now the client has probably hired you because they like your style and methods so that gives you a bit of latitude. And to do that you need to build up that style and brand by going out there and building your portfolio. Now there is the temptation to duplicate what others have done and while that’s okay initially you need to start expressing your own vision and view of the world. And most important ignore those so-called ‘influencers’ on Social Media, you are your own photographer first and foremost. You need to sell and experience more than a final product, so not only does your attitude matter so does your appearance to the client matter and your actions while on the job. Ensure you have both a contract and a price that both parties have agreed upon, know the situation beforehand, know the clients beforehand. In the end the medium doesn’t matter, if you love film, sell that fact and be sure you know exactly what you’re doing. Reputation is a fickle thing.