When it comes to the specialised films out there, I’ll admit my knowledge is pretty grey. But there is also a particular challenge to making such a film work in general use photography. And having worked with various Eastman films from 5363, 2366, and 2238 I felt confident that I could make this Fuji film stock work. So what exactly is Fuji Recording Film Eterna-RDS Type 4791? According to Fuji’s website, Eterna-RDS 4791 is a black and white film intended for making archival black and white separations from colour digital masters for a digital separation workflow using a film recorder. The film is Fuji’s version of 2238, I was pretty close at nailing a Pyrocat-HD time with that film stock, so I have at least a base to work from. But wait, you’re probably thinking, why use Pyrocat-HD when the film itself is designed for a motion picture developer? Well, I do now have a steady supply source for Cinestill’s version of D-96 which would be the perfect match for the film, but hey I like to experiment and find other ways. And besides, a film that is both sharp and fine-grained deserves the best, so I settled on Pyrocat-HD. Now I had done an initial test roll with an eleven-minute time but designed to bump up thirty seconds for the final review. And these are the results. Thanks to Michael Bartosek for supplying two rolls of this beautiful film. 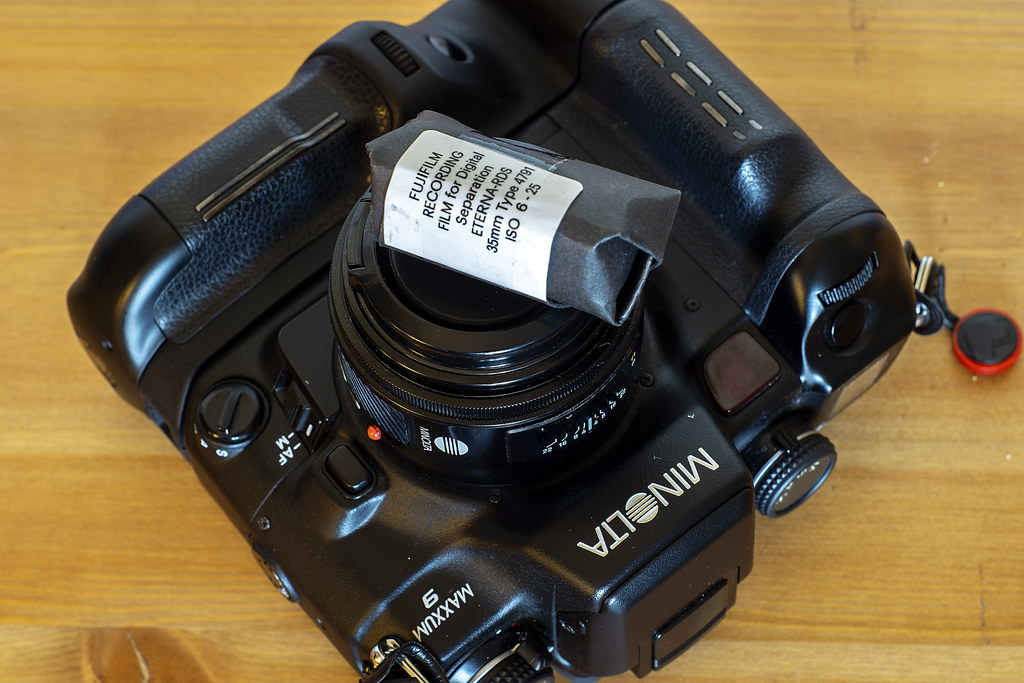 Image Quality
I do like what I see with 4791. There’s no grain and incredible edge sharpness. While still on the contrasty side with deep blacks and bright whites, you still get rich tones in the middle sections. The compensating nature of the Pyrocat developer probably helped with the contrast between the highlights and shadows, to help I did switch the camera’s metering to matrix mode. But you can see that the film much prefers direct sunlight. Another interesting thing that I noticed is that despite being a panchromatic film, you see got some darkening skies with the deep blue that they were the day I was out using the film. And I did not have any filter on the front of the lens.

Scanning
Sadly I was unable to get my Nikon Coolscan V ED to scan the film, the negatives, for the most part, were thin meaning the scanner’s focus could not get a lock. When I got them into my V700, they scanned perfectly. So don’t get scared if you get thin negs, it could just be the nature of the film and the pyro development. Another thing to note is that the Pyrocat development does leave a decent stain on the film, so the scanned images will have some colour cast, a simple tone and curve edit along with desaturation in Photoshop will help bring out a smooth image. The film lay perfectly flat in the holders, and I had no issues with any aberrations introduced in the digital file.

Application
I shot the film for work in the city I can see its application for architectural use, you can shoot the film at ASA-12 handheld on a bright day but to get the full effect you might want to use a tripod. The slight move towards a darkening the sky and love of light makes the film also a good one to shoot landscapes on. Plus you can stop down and let it rip for long exposures as it could probably handle them well if the film has any relation to Acros. And while I had great results out of the film with Pyrocat-HD I do recommend that if you want to best the film can offer, soup it in Cinestill D96 or your homebrew version. Another option would be either D-76 or D-23.

Final Word
I have to say; I do like this film and probably will pick up another couple of rolls for next summer to see how well it performs in D-96 and because I like fun slow films. If you’re interested in shooting the film you can buy it in bulk and roll away or head over to Michael’s Etsy store and purchase the pre-rolled stuff directly from the source, Plus they come in amazing and recyclable paper canisters. While you’re there check out some of the other offerings, and be sure to listen in on the podcast all about the Ultra-Low ISO.