The second colour motion picture film stock available from our friends at Cinestill. Like Cinestill 800T, Cinestill 50D is based on Kodak’s Vision3 50D, a slow colour film designed for outdoor work, hence the D in the name standing for daylight. The film has been pre-stripped of the remjet layer allowing for easier processing in labs and at home. Although like 800T the film is natively designed for Kodak’s ECN-2 process, that’s an expensive process, so I decided instead to go with the old standby Burlington Camera. Now I did shoot this film stock back in 2018 and had it processed C-41 and was blown away by the results. Overall I find that 50D is a much nicer film and more in line with where, when, and how I shoot. 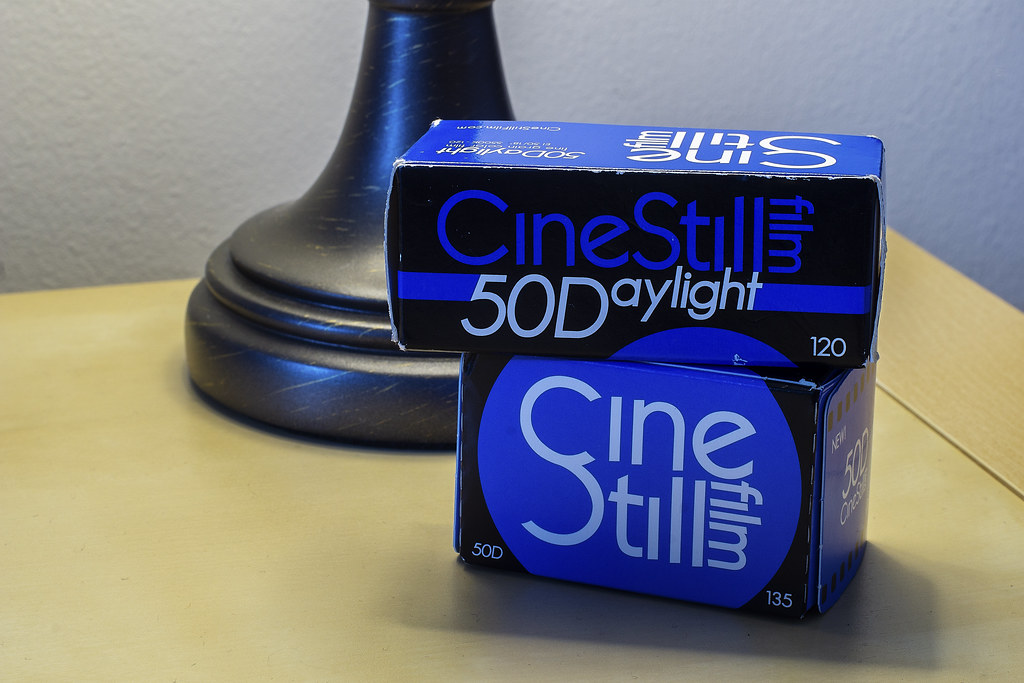 Colour Rendition
Before I start, I will state these images again have been, in all technicality, cross-processed. That said, I am blown away by the results I got from the film. The initial scans came back with a serious green-hue, but with some tweaks in Photoshop with levels and colour balance, I’m happy with the results. And honestly, this is where 50D stands above 800T and even films like Portra and Ektar. Now in full disclosure, the light wasn’t exactly the best, and I spent most of the day under overcast skies. But I love the soft, almost muted tones. It almost reminds me of Kodak ProImage 100. Less Ektar, more Portra 400 in the palette.

Image Quality
Here is where 50D stands heads above it’s faster cousin 800T. You get some amazing image quality out of the film with fine grain and sharp images. What surprises me the most is how fine the grain is, and yes it is an ASA-50 film, but as a motion picture film, I often expect those to have a bit more noticeable grain. However, the one thing I did notice on my roll of 35mm is that there are several places where there are noticeable light leaks, and I at least hope that it’s the film and not my camera! That said, it didn’t detract from the film and could come from the process of removing the remjet as I have seen examples of this on other films from Cinestill. I saw no leaks on the 120 film, and I far preferred the quality from the larger negative.

Scanning
Despite technically being cross-processed, I found 50D far easier to scan than 800T probably because it is a daylight-balanced film. With both the Nikon Coolscan V ED and Epson V700 I found the film surprisingly easy to digitise. The colour cast did initially lean towards the green. For the most part, Photoshop’s automatic corrections managed to get the colour cast to a happy middle in other cases, it overcorrected. But a couple of adjustments manually, I ended up with the pleasing result. Thankfully there was no overt aberration in the scans, or additional colour noise added.

Overall Impression
If I had to choose a Cinestill film to shoot again, it certainly would be 50D. It’s a little more in line with what I shoot and how I shoot. But it certainly is a summer-time film or a bright fall day. 50D loves colours. It loves bright light. And don’t worry too much about getting the film processed in C-41, and sure the ECN-2 process will bright out the true potential of the film, I don’t find it worth sending off to get that done considering the cost associated with the process. However, if we can get home-brew chemistry, I’d be down. And there is still the cost of the actual film, which is higher than other colour negative film on the market today. Yes, it does take a lot more effort to get Cinestill to market, but I can’t get too excited about the film. Not that it’s a bad film, it’s fantastic and offers access to something that can be difficult to access into the hands of general photographers.