Back last year I made a single roll review of the Eastman 2238 film, but now that I have a lot more resources available to me and having found three rolls sitting in my storage, I decided to do a proper review of this beautiful film stock. As I mentioned in the one-roll review, 2238 is what is called a Panchromatic Separation Film and is used to create archival film prints from colour film prints. Unlike past speciality motion-picture stocks this is a Panchromatic film, meaning it is sensitive across all the colour spectrums. Now, 2238, like all films, is not designed for regular pictorial purposes. Still, it certainly does so far better than some of the other speciality motion picture stocks I’ve experimented with in the past and is among my favourites. Special thanks to the Kodak 2238 group that provided all the developing times that are featured in this review. 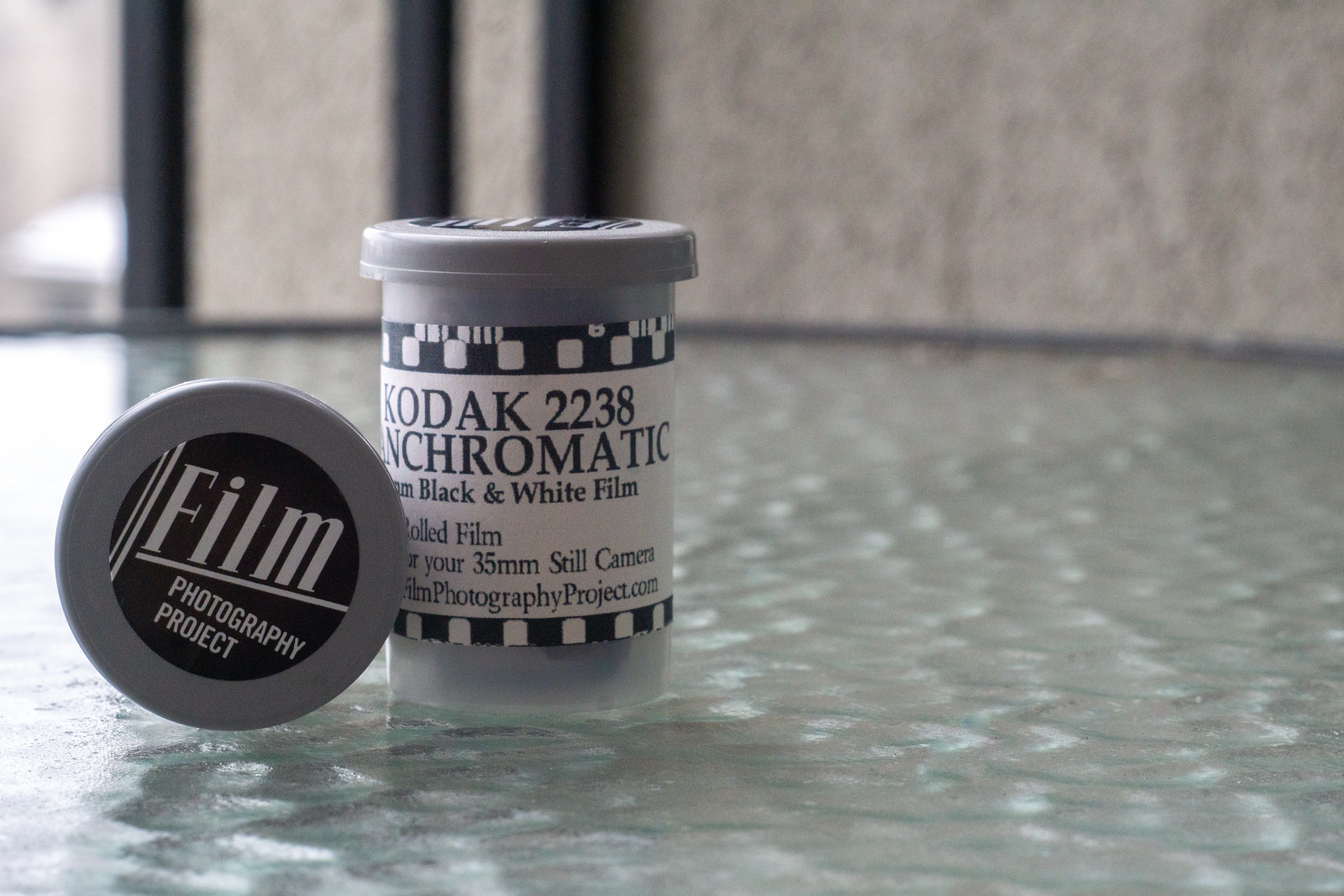 Roll 01 – Cinestill D96
Because 2238 is geared for motion picture use, I’m going to forego the usual D-76 that I pick to give a baseline on the film and go instead with the proper D-96. The Cinestill version is a near-perfect copy of the Kodak product. But if you don’t have access to D96, then D-76 is an excellent option. I have to admit, at first I was concerned about the dilution and the time. As soon as the negatives were out of the tank, all concerns were washed away like fixer in an archival wash. There’s a certain richness to these images and high contrast. But despite that, there is some fantastic tonality to the photos. And despite being a panchromatic film, there is a certain orthochromatic feel to these with the reds being far darker. There’s no surprise that the images are both sharp and have little in the way of grain. To be honest, I think these would look better shot at ASA-12 and developed for eleven minutes. But seriously, we certainly have a winner here.

Roll 02 – Kodak HC-110
It wouldn’t be the first time I found an excellent result with a slow film and HC-110, especially working with a more dilute working solution. And just when I thought the film couldn’t get any better, it does. The results here are beautiful and shows probably the closest thing to a box speed for the film. The contrast is super smooth, as is the tones. The images are sharp but not in a razor-sharp way, and again the grain is next to nothing. I honestly don’t think to dial-up or dialling down the dilution would do any more for the film. It’s just smooth, super smooth.

Roll 03 – Rodinal
Surprisingly this is my least favourite the three combinations I’ve tried with the film. I’m not saying that it’s a bad combination, I just found this one soft but in all the wrong ways. The images are sharp, but not really, and I’m pleased that it doesn’t cause any uptick in grain. And that surprised me. The contrast is smooth, similar to what I got with HC-110 with a slight uptick. While not ideal, it will work in a pinch.

Final Thoughts
As I mentioned in the opening paragraph, 2238 is by far the easiest motion picture film stock that I’ve worked with throughout shooting film. There are no strange orthochromatic sensitivities to worry about or super thin bases that make it near impossible to load onto developing reels. And it can be easily adapted to regular photographic use without too much difficulty. While there’s the issue with the slow speed, in bright enough conditions, you can easily shoot it at ASA-12 (the ideal box speed IMHO) handheld with a wide-angle lens. When it comes to scanning 2238 again shines, I had little issue scanning the negatives. Now I only had access to scan using my V700 when I shot these, but I remember facing trouble when using the Coolscan V back when I shot a roll for a single roll review. While 2238 isn’t my first choice for the slow film, I’m still particular towards Pan F+ and RPX 25, but I certainly wouldn’t be against purchasing some more rolls. Currently, the best way to get your hands on Eastman 2238 is to order it via Michael Bartosek’s Etsy shop, the Film Photography Project, and Ultrafine Online if you’re of the adventurous sort you can troll eBay and get the film in a bulk roll and roll up your cartridges.