While often seen as boring, generic, and nothing special, Mamiya cameras are a favourite among the entire CCR crew, especially their medium format offerings. Alex, James, John, and Bill are joined by a pair of amazing photographers and YouTubers Aly and Jess to discuss their favourite Mamiya cameras!

Mamiya Universal
Probably one of the strangest system cameras to come out of Mamiya, the Universal is the last of their Press line and the most customizable. You can shoot 120/220 roll film from 6×6 to 6×9, 2×3 sheet film, and Polaroid Type-100 (the Universal also was produced as the Polaroid 600 and 600SE). Sadly the camera took all the best parts of a roll film camera and all the worst parts of a 4×5 press camera. It’s clunky and awkward but if you get past that as John says, it’s the best Polaroid camera you’ll ever have. 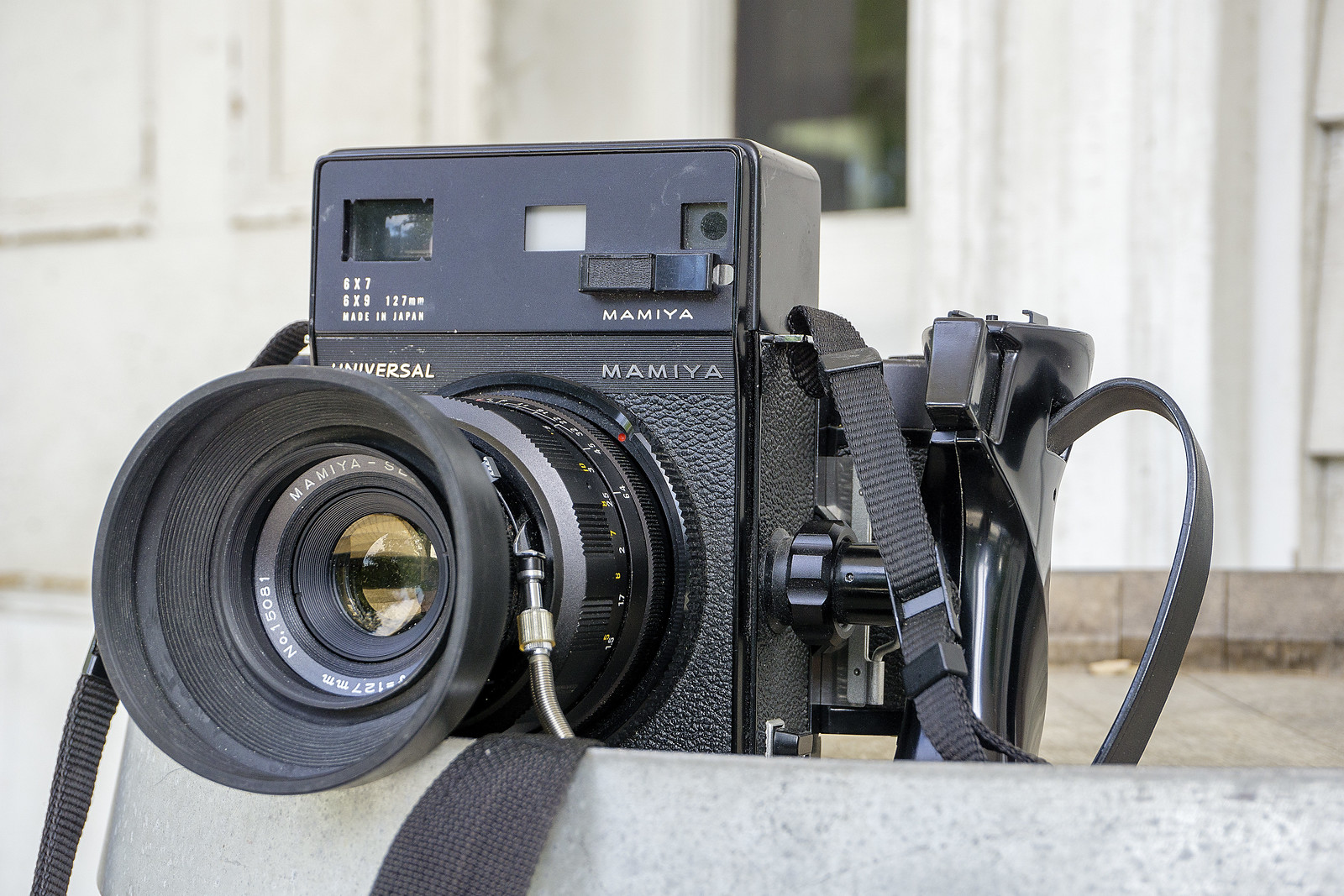 Mamiya C220F
In one of their brilliant moves, Mamiya saw the popularity of the TLR format and decided to take their TLR to the next level by including interchangeable lenses. And while Bill does love his Rollei TLRs, the C220F is where it’s at. While these cameras aren’t easy on the back or the bank account. They’re worth the money and the effort. Just make sure that when you do get your hands on one, check the bellows and the lenses. You’ll want to spend the extra to get the blue dot (multicoated) lenses. 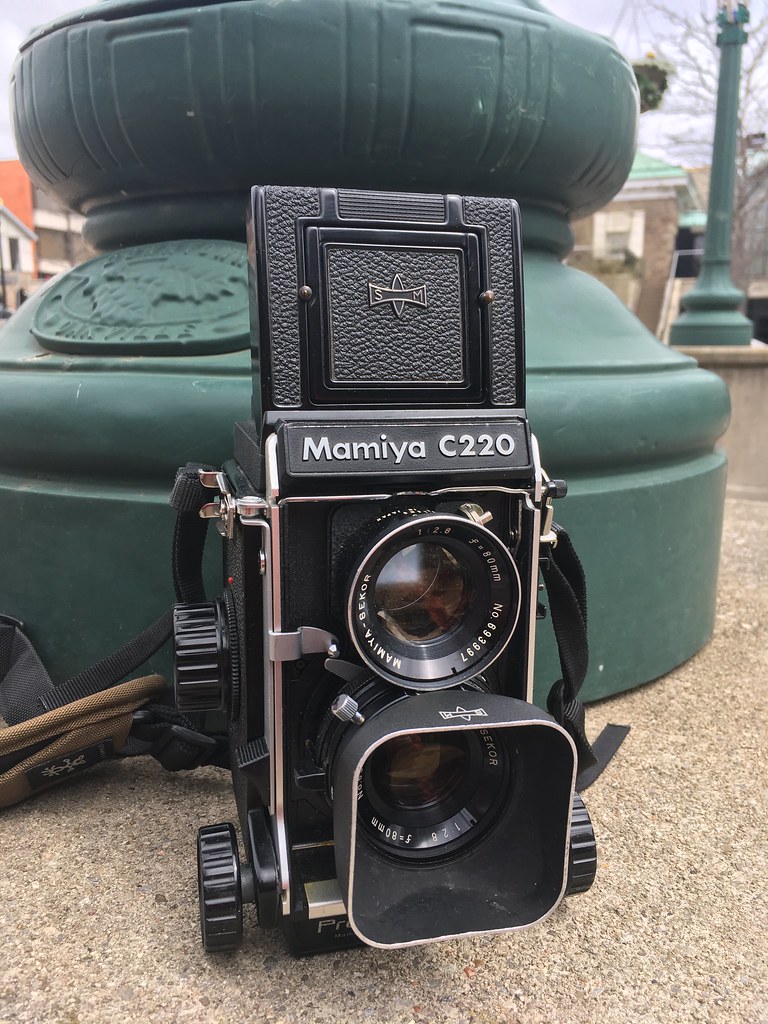 Mamiya RB67
When Jess was looking for a medium format SLR for her landscape work, she latched onto the RB67 right away after buying it behind a dumpster in a back ally. Since then the camera has spent far more time in nature. She went for the RB rather than the RZ because the RB is mechanical (and has to survive Quebec winters) and shoots an amazing 6×7 negative, plus having interchangeable mid-roll film backs allows both colour and black & white film on every trip. And while many will say this camera is more designed for studio, the weight doesn’t matter. Check out one of Jess’ videos about taking the RB67 into the woods! 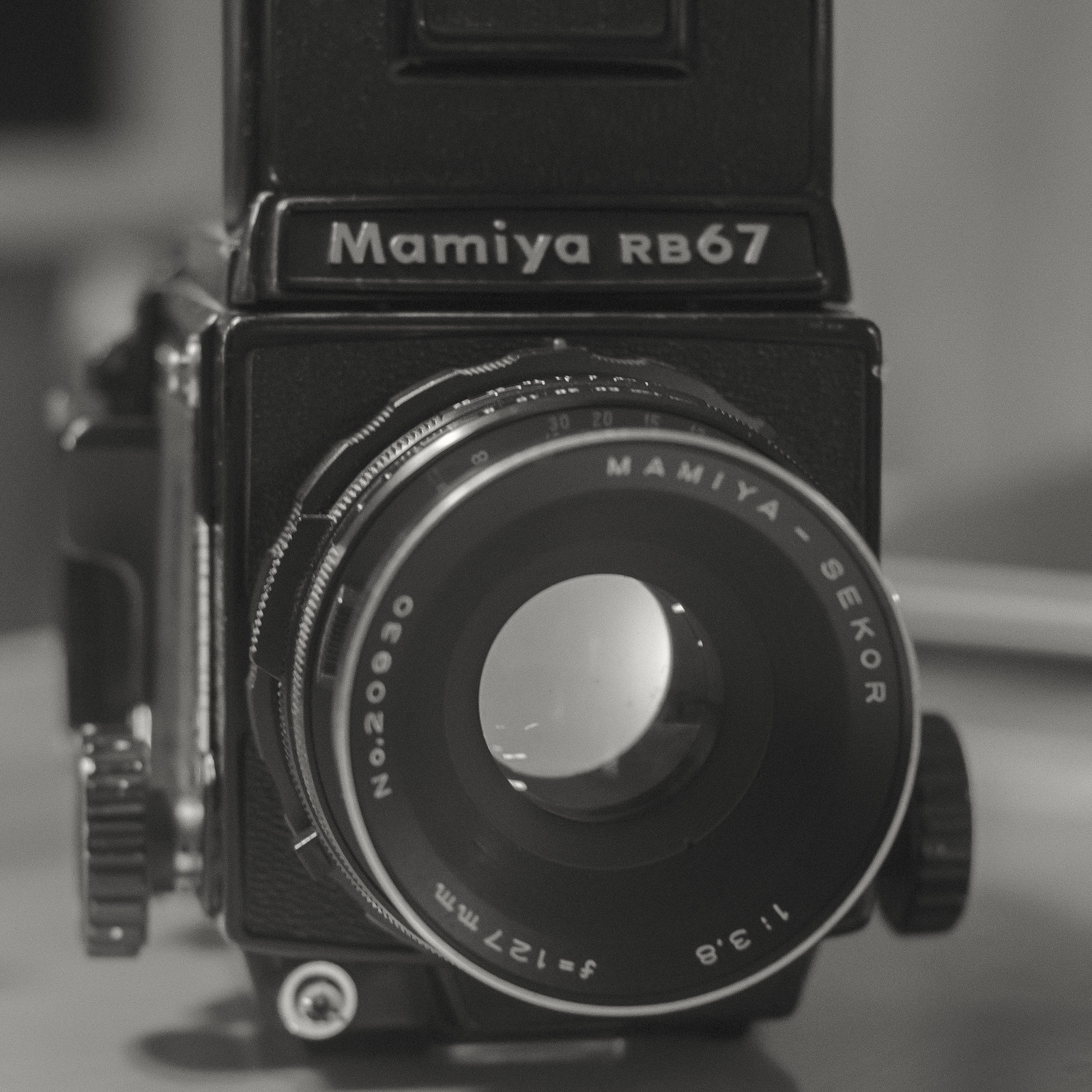 Mamiya m645
After dumping his Pentax 645, Alex felt that he needed another 6×4.5 format SLR, similar to the Hasselblad. Sure there were Bronicas, but he had some bad experiences. Well, the m645 fell into his lap, and he hasn’t looked back since. While a little vanilla, the optics are excellent, and with a waist-level finder and 80/2.8 it can be a compact travel medium format SLR. Sadly there’s no mid-roll interchange and only 15 shots on a roll rather than the full 16. If you are going for one with the Eye-Level Finder, get the L-Grip, makes handling the camera so much easier. 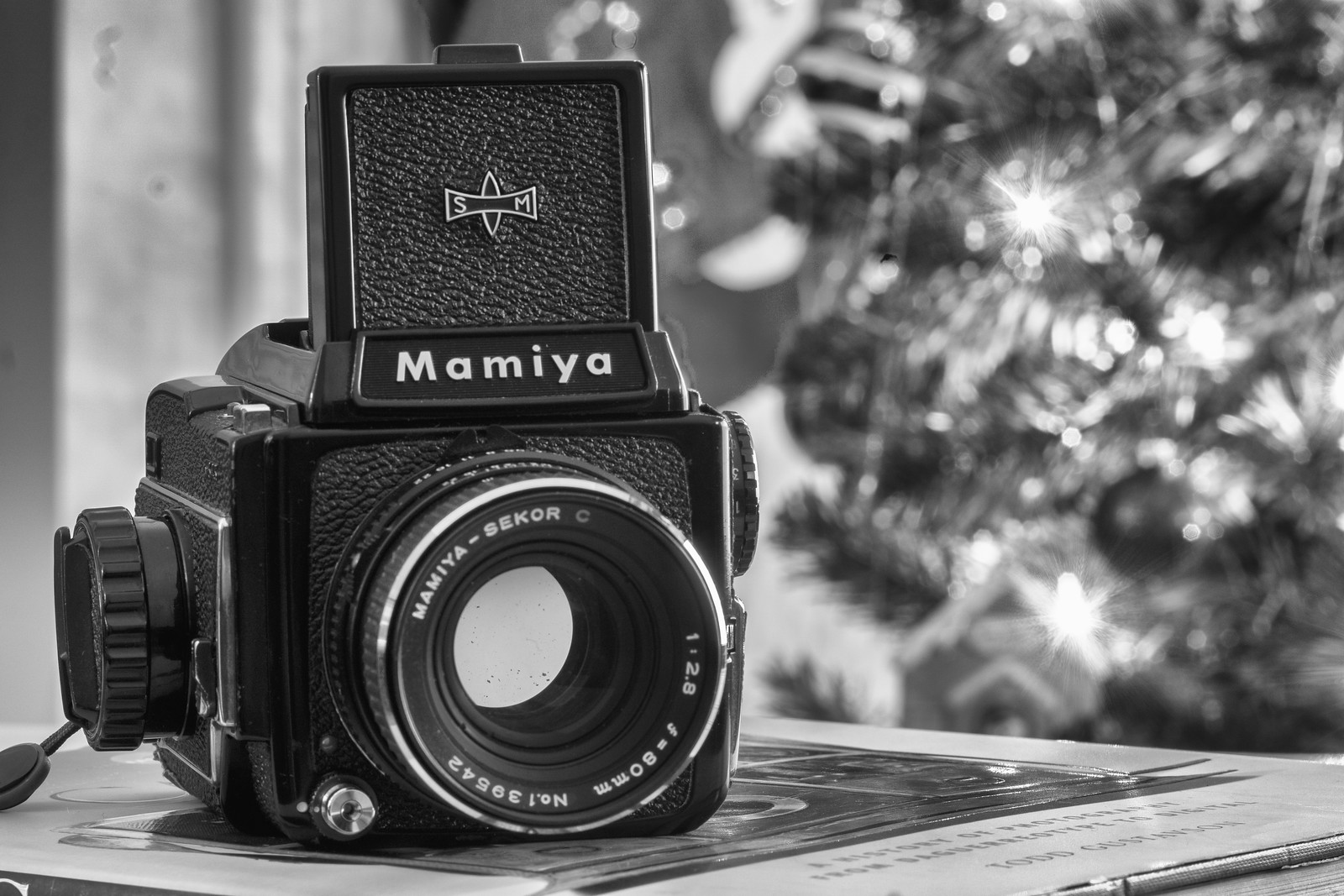 Mamiya 645 Pro
For Aly the choice of the Mamiya 645 Pro came with a lot of deliberation. But having all those considerations landed her a stunning camera that has become a top choice for medium format work, especially with the 45mm f/2.8 lens (which is a rocking lens). While she’s happy with the prism finder and winder grip, she does want to find a WLF. It is an improvement over the m645 as it takes mid-roll interchangeable backs and shoots the full 16 shots.

Mamiya 645 AF-D
The final iteration of the 645 families is the autofocus versions. Unlike the previous two models, the new cameras could not accept the manual focus lenses. For James, the 645 AF-D is great because it can do as much or as little as you want it to. It’s built like a tank and has all the perks of the previous version. While less of a ‘system’ camera it still shoots like a modern digital or film camera. While not his first choice for portraits (optics are too contrasty) it is a great ‘point-and-shoot’. While the AF-D cannot accept digital backs, the later versions can accept a digital back. 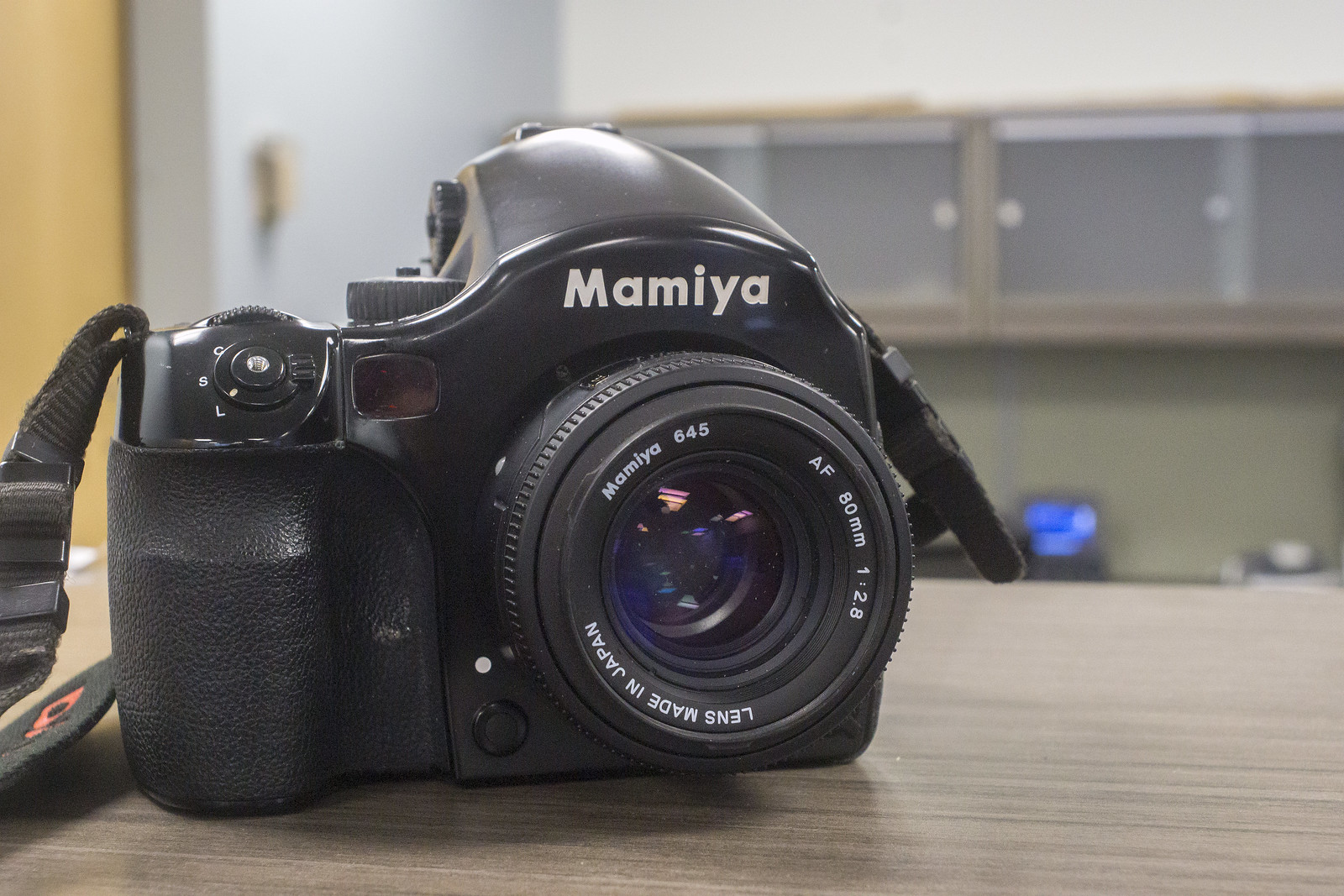