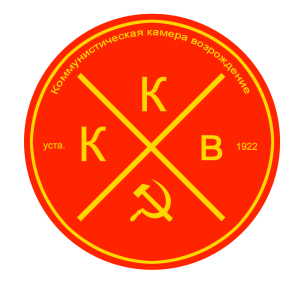 Comrades! It’s the return of the Communist Camera Revival and we have a bit of different episode today, Alex sits down with three fellow photographers to talk about all aspects of Photographic industry that grew in the USSR and the Soviet Bloc from the 1920s to the final collapse in 1991. And more importantly what you can still get and find today from Cameras to Film. And the surprising fact that there is a lot of stuff out there that is still new in box and is not as bad as a lot of people think. Don’t believe the propaganda folks, the revolution will be podcasted. If you’re wondering why the October Revolution is being published in November, that’s because if you look at the actual date of the October Revolution is took place on the 7th of November (one week ago) in 1917, but according to the Julian Calendar was on the 25th of October. The October Revolution or Red October marked the opening of the Russian Civil War.

First up on today’s show is the amazing Stephen Dowling. Stephen the mind behind the Kosmo Foto website a genuine goto source for all things related to Soviet camera gear, growing up in New Zealand he became fascinated with the USSR’s closed society and when he moved to the UK in 2000 and started to get into photography he found that these Soviet cameras were both inexpensive and could still be gotten new. Mainly because the UK was the largest international importer of these Soviet-built cameras. The first camera Stephen got was the iconic Lomo LC-A followed by a Kiev 60 both of which he still has today. At its height, the Soviet camera industry was the second largest in the world and while much was direct copies it provided plenty of innovations. But where the industry shined was the optics.

If you’re looking for a good starter camera look no further than the Zenit E, this was the first major success by KMZ into the 35mm market. These cameras were made in the millions if not tens of millions even after newer and improved cameras were being made. And even today you can still find these cameras new-in-box, complete with their passport assuring quality. The E is a heavy block of a camera complete with an uncoupled selenium meter. Uses an M42 lens mount and usually comes with the iconic Helios 44-2 lens. If the Zenit E is too old for your tastes, the second good option is the Zenit 12XP which is a modern version of the classic Zenit E. If rangefinders are more your thing look to the FED, these rangefinders are Leica II copies with several improvements over the original camera. If you are looking for a FED, the FED-2 is the way to go. The whole back slides off to load film and the camera has a combined viewfinder/rangefinder. Another excellent choice is the KMZ Zorki, look for the Zorki 4K and Zorki 6 as both have standard leaver film advances and does away with a lot of the weird quirks of the rangefinders of the same era.

Medium format is a whole other ball game and while not as plentiful as 35mm options there are some excellent ones out there. One of the best options is the LOMO Lubitel 2, an improvement on the original Lubitel which itself is a copy of the Voigtländer Brillant. Despite the look, the Lubitel 2 is a proper TLR with focusing capabilities. While a limited camera overall with simple manual film advance and a tiny magnifying piece to help with focus. The shutter has a limited number of shutter speeds, the real draw for the camera is the T-22 triplet lens which produces a unique look. And while the price of these cameras has gone up, you can still purchase a Lubitel new in the form of Lomography’s Lubitel 166+. Of course, the other option is the Keiv 60, one of Stephen’s main cameras. The 60 is built like a T-34 tank and is based on the Pentacon Six and can even mount the Pentacon lenses. While the cameras did have their issues, you can purchase an updated version new. Arax has been using original parts and rebuilding and fixing some of the errors and for 500$ you get a standard lens to boot. But if you are looking for OG Soviet gear, Europe is where it’s at as central Europe and the old Bloc were the primary market and you can even today find new old stock. Stephen recently put together a video that is a basic Soviet Camera 101.

Now if you’re still not too keen on driving with Soviet Cameras, you can always turn to their film stocks. And to speak on his own journey with these films Toni from the Toronto Film Shooters group joins us. His journey started where a lot of use in North America started, with the Film Photography Podcast. One of the biggest film producers in the Soviet Bloc was Svema, which got much of their tech from Agfa during the Second World War. Svema ultimately was forced out after the fall of the USSR and the factory shut down in 1995, but not before Astrium came in and bought the lot and continues to produce not only Svema stocks but Tasma and tonnes of aerial surveillance films. Good chance that the Derev films come from here also! Because of this, you’ll find that all these films use a Polyester base which can be troublesome loading up onto reels for processing some films a little more troublesome than others and you might encounter some light piping so keep some black film canisters handy. The trick is to be deliberate, move slowly and of course no violence. Toni suggests that if you’re getting started with the film, stick to Svema Foto 200 or FN64 for the best and most unique looks. While Foto 100 is OK it’s nothing too special and Foto 400 isn’t exactly nice, except if you process it in Pyrocat-HD. But one thing you will note is that you will get more grain than you would expect across the board, yes even with FN64.

And finally Andrew also from the TFS group joins Alex to give a non-nonsense ‘noob’ view of a freshly obtained FED-2 Rangefinder. Andrew is primarily an SLR shooter but had been eyeing rangefinders for some time, but just could not afford to buy a Leica. When he was offered a FED-2 from another member of the TFS group at a rather fair price he jumped on the offer. His version is one of the later model FED-2 where they had switched to a more common set of shutter speeds (1/125″ instead of 1/100″). While he’s only had the camera for about a month at the time of publishing, he finds it charming, robust, and solid. Not a precision tool, more of a blunt instrument. His copy came with the Industar-61 lens, but he is eyeing the Jupiter but finds the glass has lots of charm. His only complaint so far is that the diopter leaver is loose, but he’s still working out how to fix that. Andrew feels that this camera will be awesome for street photography, not so much for walking alone in the woods right now (although it could fight off a bear if needed) and is just a solid introduction to the world of rangefinders.

Want a subscription to SilverGrain Classics and are a fan of Classic Camera Revival? Visit their shop online and buy a magazine or a subscription? Looking for a good spot to get your gear and material fix check out Burlington Camera (Burlington, ON), Downtown Camera (Toronto, ON), Film Plus (Toronto, ON), Belle Arte Camera (Hamilton, ON), Pond’s FotoSource (Guleph, ON), Foto Art Camera (Owen Sound, ON). Out West there’s The Camera Store (Calgary, AB) and Beau Photo Supply (Vancouver, BC). Additionally you can order online at Argentix (Quebec), buyfilm.ca (Ontario), the Film Photography Project or Freestyle Photographic. Looking for development options, check out these labs that have our support, Boréalis Photo Lab, Old School Photo Lab, The Darkroom, and Film Rescue International. We’re pleased to be included in a list of popular photography and camera podcasts, you can check the list out on Feedspot and why not give some of the other podcasts a listen at the same time.