Some films carry with them a particular cult following. While I’m not one to follow these cult followings when I’ve never shot the film stock before and usually don’t play into these followings. At least until I see a trusted and respected photographer rave about the film stock. And Fujicolor C200 is that film stock, and I can see why people love working with the stock. C200 is a film that fills a gap that provides a rich, almost perfect colour reproduction and blends well with the current digital age and is one of the most straightforward colour films to scan and run through post-processing. Thankfully I managed to find a couple of rolls last year and kept them on ice for a future review as the current climate of lengthening supply lines and shortages in colour negative stock.

Note: This is a review of the original Fujicolor C200, currently this film is being marketed under the name Fujicolor 200 which is a rebrand of Kodak Gold 200 in North America. 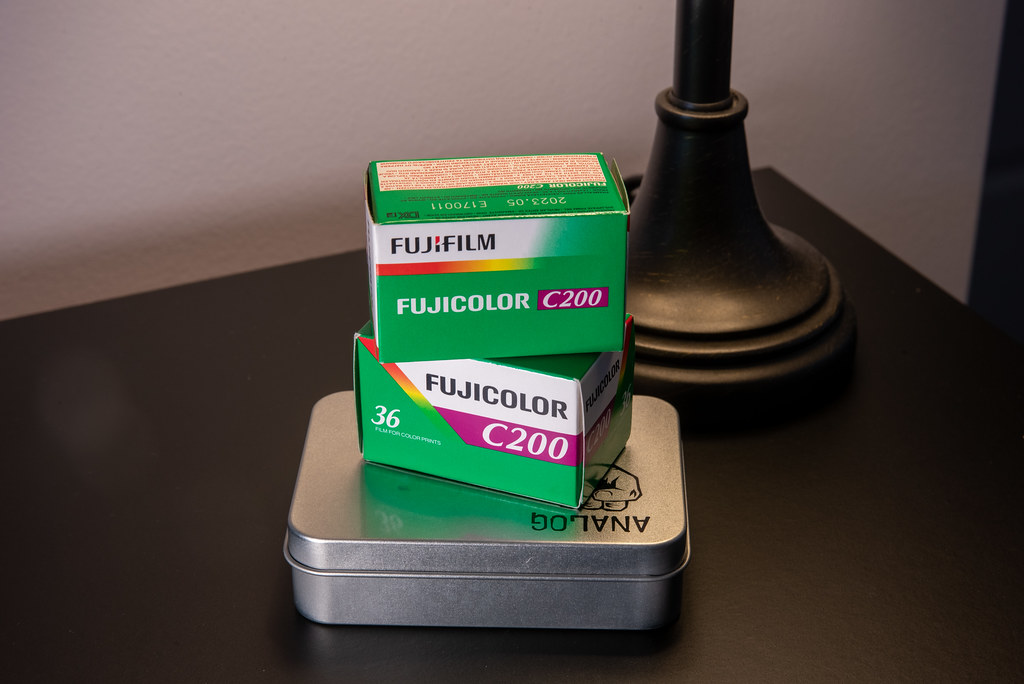 Colour Rendition
The first thing that I found with C200 is faithful colour reproduction is to the real world. The only other camera system that I’ve found that handles colour this well is digital. And yes, I have no problems saying that. And I indeed say that seeing it perform both in sunny and overcast conditions. While there is a certain dulling of the colour reproduction under the overcast conditions, there is only a slight difference between the two. I feel the strongest quality about the colours is that it certainly doesn’t have high contrast; I found the film to have low contrast. Which only helps the colour palette, making it different from Kodak colour films. Probably the closest film stock on the Kodak line is Portra 160.

Image Quality
There is no fault in the image quality from C200. While the colour replication is probably the film’s strongest quality, it only helps increase the overall image quality outputted by the film. Despite the medium-to-low contrast from the film stock, the tonal separation is superb, and the whites are clean and blacks are dark. And there’s no difference between bright and dull light. Images are clean and sharp with almost no grain. Between edge sharpness and tonal separation, the film stock is incredibly sharp, and you lose none of this when scanning, as there is little in the way of loss from the digitisation process.

Scanning
If there’s one thing that I hate to do is colour balance and adjust film scans, I should get my hands on a plugin like Negative Lab Pro to help me along, but as I shoot colour negative film so rarely, I cannot be bothered. But C200, however, is an exception when it comes to ease of scanning and digitisation. And I scanned one roll using my V700 and Epson Scan software and the other through my Nikon Coolscan V ED and Nikon Scan software. In the case of the Epson, once I ran and balanced things out through Photoshop, everything looked right the first time; I only made a few tweaks with the levels to get things perfect. The Nikon Scan software nailed it right away, with again only minor adjustments needed. The scans right out of the Epson software did carry the typical Fuji magenta bias that was quickly corrected for through the auto colour function. Only slight colour aberrations were introduced and easily removed without any loss of sharpness or quality.

Overall Impression
I can see myself using this film again, especially if I need a good general-purpose colour film to handle any situation I throw at the stock. I can see it working well for travel, portraiture, landscape, and architecture. It can also make for a medium speed film when you don’t want to over-expose your 400-speed film and risk losing contrast. I can also see the value of shooting C200 at ASA-100 to get an even smoother colour palette more in line with what you could get with an original Agfa colour stock or getting plenty of punch with a one-stop under-exposure. Hopefully, C200 doesn’t fall the way of other Fuji colour films, and soon stocks will start to increase worldwide because it would be a shame to see the end of this beautiful film stock.