I love black & white in all forms, film, digital, and even instant. And up until only recently, the only way to get B&W instant film was through Polaroid (formerly Impossible & Polaroid Originals). From the start, the B&W stocks from this new generation of the instant integral film have been the strongest performers. But it only got better as the formulation was improved. Today the new BW600 is perhaps the instant film I reach for the most, although not too much due to the cost of the stock. It gives pleasing images and is always a fun go-around and works in almost all generations of Type-600 and the new I-Type cameras. 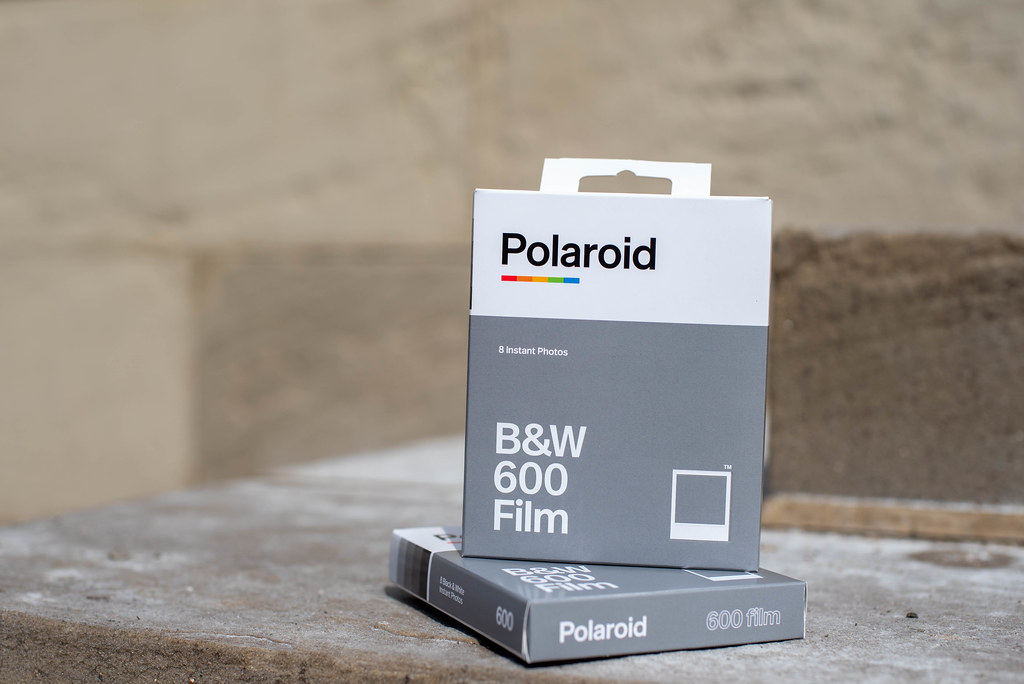 Colour Rendition
It might sound strange to discuss colour rendition with a B&W film, but colour has a lot to do with how a B&W is rendered. BW600 is a beautiful panchromatic film, and I feel it does a faithful replication of colours in an excellent range of grey tones. However, the lack of dynamic range is the one thing you have to watch out for. While you get a fantastic range in your mid-tones, you do lose your shadows and highlights in situations where there is a wider than five stop difference between your shadows and highlights. You do want to give the film lots of light, and while many cameras do have a flash to help out, it doesn’t do much justice. The film works better without flash than with, especial with good light. But when you nail it, the images are smooth and have an excellent tonality. But things have to be just right; there’s very little wiggle room.

Image Quality
Like all Polaroid films, the image quality is greatly dependent on the camera and the lens you’re shooting the film in; thankfully, there is plenty of forgiveness with BW600, and it seems to look good no matter what generation of camera you’re shooting. There isn’t much in the way of latitude in BW600, so if you’re shooting in an overly contrasty scene, you’ll end up with high-contrast images. But you’ll also see that you can lose your shadows and highlights for the sake of the mid-tones. But if you average all of this out, the images are correct in that middle sweet spot for contrast. If you’re shooting Polaroid film through Polaroid Cameras, you’re not looking for sharpness, as most Polaroid cameras of a certain age use plastic lenses and often, they’re single-element lenses. However, I cannot speak to the new Polaroid cameras on their optics (hint, hint, I would love to borrow one for review next year). While you are losing that edge sharpness, the images still carry a decent amount of acutance without being razor-sharp. The real sharpness comes from that pleasing contrast. There is a bit of grain in the film, but honestly, I would rate BW600, despite being an ASA-640 film, as being a fine-grained film.

Scanning
There is always a particular thing that is lost when scanning. Although I have to say between the colour and black & white films, I find the black and white films are easier to scan. For two reasons, the biggest downfall of these instant films is the lack of dynamic range, which makes it hard to scan and then post-process; the second is the frame. That is always the biggest question on what to do with the frame when scanning? I’ve gone both ways, having included the whole frame to show it is an actual Polaroid image, making it square to cut off the chemical pack and cropping it entirely. The biggest issue with the frame ties into that first problem, dynamic range. Especially if you’re working in Photoshop or any photo editing program to level things out after that initial scan, it tends to interfere by throwing off the black and white point. I resolved the issue by using the power of layers and masking out the image area as best. I can then add a levels adjustment layer and manually set my black and white points before going in and fine-tuning my adjustment. I also run a general desaturation on the entire frame. Another minor issue is keeping the frames flat, but you can achieve decent compression with a good flatbed scanner and extra weight (not too much) on the top. But you don’t want too much, or you may introduce newton rings, but there is a slight difference between the frame and the image area that is a bit of wiggle room. Additionally, you can use special glass to sandwich the frame. I also found that scanning doesn’t introduce any significant artefacts or aberrations to the scanned images.

Overall Impression
At the start of this review, BW600 is my favourite of the two Type-600 films; it’s easy to work with and stands up well. I’m glad that this film is available today and is the one that I will always reach for even before the colour stock. It combines the best of both worlds, that retro soft that I have come to expect from Polaroid but with a classic B&W look that far exceeds the image quality of the colour films. But the one thing that holds me back is the price point, the modern Type-600 films are not cheap, and you only get eight shots in a pack. Because of the contemporary materials needed to do instant integral work, remember the process is based upon the original formula and backwards engineered. It is boutique and niche, which makes it expensive. You can, however, cut some costs by using a new Polaroid Camera or I-Type, but then you have some additional trade-offs. In the end, I don’t shoot the film a lot, and I’m good if I only shoot a couple of packs a year for Polaroid week.

Further Reading
Don’t just take my word on BW600; you can check out the reviews by other excellent camera reviewers!
No Additional Reviews Found