Project:1812 – The Capture of Fort Niagara

The British Capture of Fort Niagara is one of many controversial engagements of the Anglo-American War of 1812 and certainly marked a shift in the tactics of both the British and Americans in the final year of the war. General Gordon Drummond’s orders came on the heels of the destruction of the town of Niagara, today Niagara-On-The-Lake, Ontario, by the Americans and a group of traitorous Canadians. While the exact details of the destruction were blown out of proportion to justify the brutality of the capture better, it none the less is a dark stain on the British record of the war. 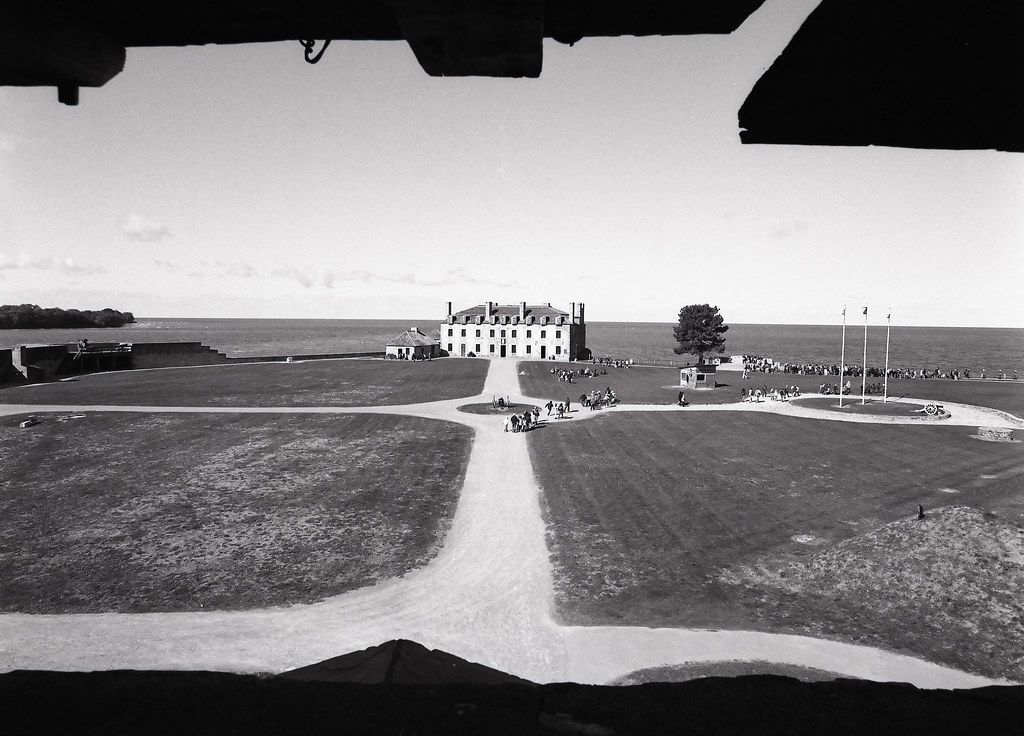 Following the defeat at Stoney Creek and Beaver Dams the occupying American garrison at Niagara had dwindled, their commander, General McClure rather than hold the position in a still partly ruined Fort George, opted to take the few remaining troops to winter quarters in Buffalo. During the retreat, he allowed for the destruction of the remains of the Fort and the town of Niagara. This destruction rather than turn the local population against the British galvanized the locals against the Americans, and they took this anger to General Gordon Drummond, the new Lieutenant-Governor of Upper Canada. Drummond was more like the late General Sir Isaac Brock than the previous few generals to occupy the post. Drummond was a man of action, and he took it upon himself to avenge the poor citizens who had been burned out of house and home. So he set his sights on Fort Niagara. 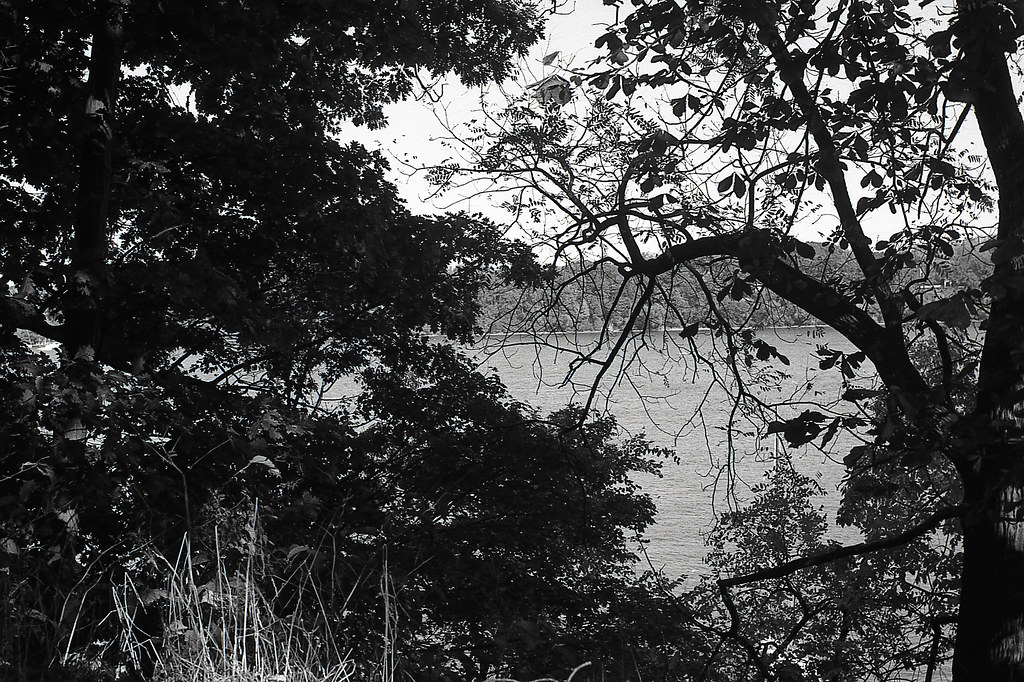 While Fort Niagara was an older fort, being first established by the French in the late 17th-Century, it had fallen to the British during the French and Indian War and turned over to the Americans following the signing of the Jay Treaty. And while it had played a major role in the capture of Fort George, it’s commander at the time; Major George Armistead had taken up a new post at Fort McHenry defending Baltimore. The new commander was consistently drunk and spent more time away from his post than at the post. And the garrison was made up small elements of the 1st US Artillery and 24th US Infantry plus sick and wounded on the mend. Nevertheless, the garrison constantly trained against the threat of attack, and every man knew where they should go if the British attacked. 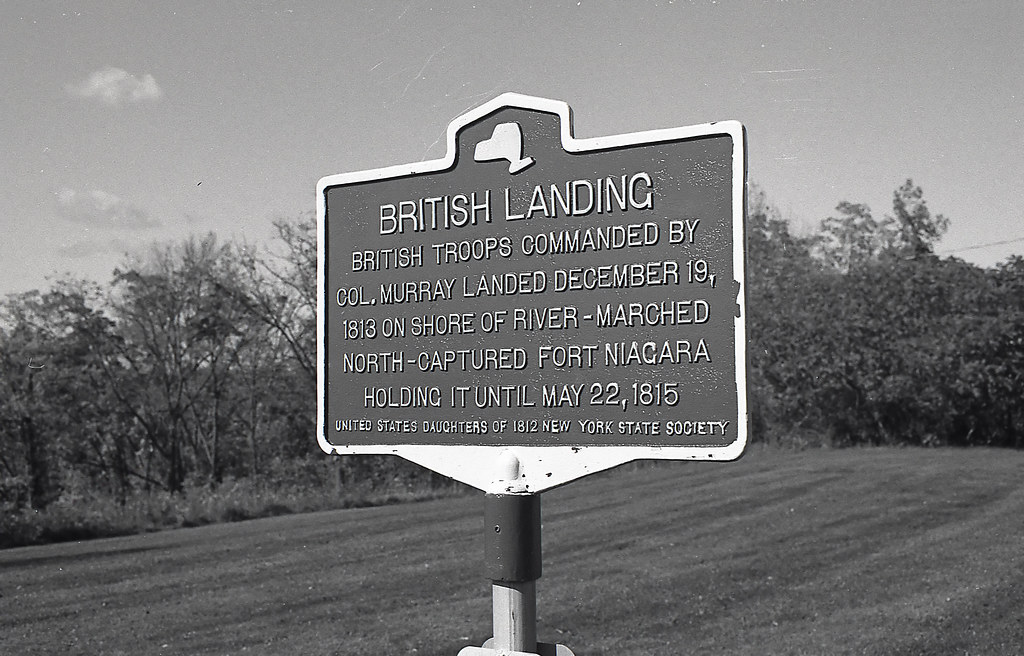 Using local militia from the 1st Lincoln Militia as boatmen, Colonel John Murray launched his night assault. Drummond had left specific orders; he did not want a protracted siege, a quick surgical strike against the fort to capture it, no artillery, just infantry. Murray gathered a force of troops from the 1st (Royal Scots), 41st, and 100th of Foot, using only Grenadier and Light Companies. Slipping across the river under cover of a winter’s night on 18 December 1813 the force moved quickly along the river road. The American sentries, too busy keeping warm failed to notice the danger before it was too late and surrendered the passphrase and were dispatched at the end of the British bayonets. Surprise this time was on the side of the British. 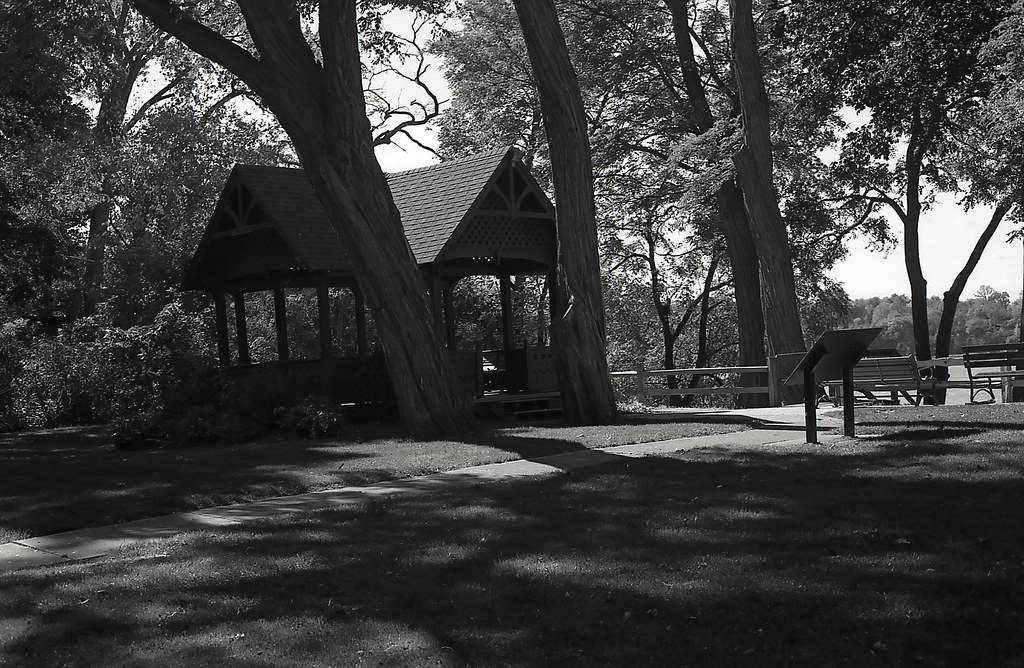 The Americans had closed off the larger “Gate of Six Nations” that had been constructed by the French, choosing instead to use a smaller gate off to the side. In the darkness, the American sentries failed to notice that the approaching column were not friends, yelled out the challenge. A sergeant who could make an approximation of an American accent replied with the answer that had been provided to them. The gates swung open and the column charged it. It was only then the Americans realized they had been duped and sounded the alarm. The training paid off, and the Americans scrambled to their posts. 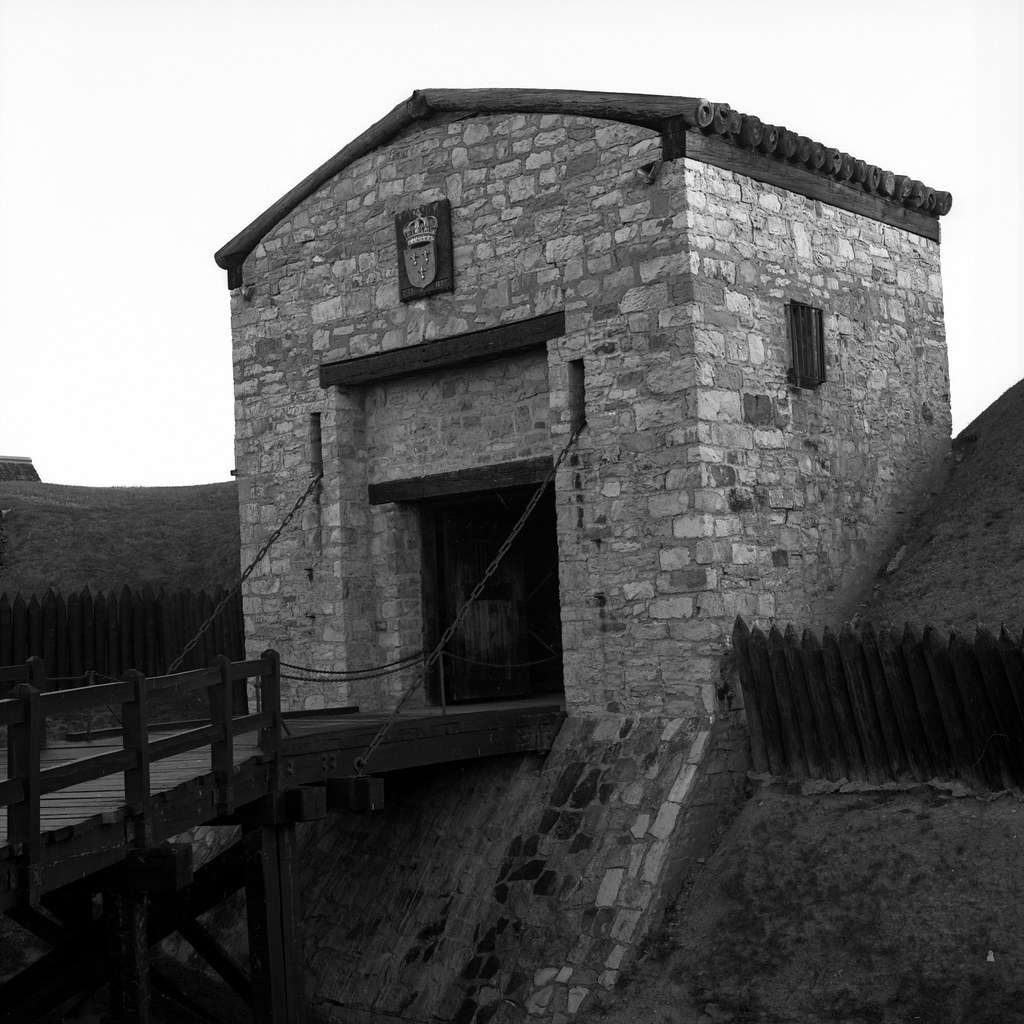 While the initial assault had failed to force the surrender, Murray was not about to let the Americans get away. His force moved quickly and methodically, moving between the Red Barracks, and the two redoubts. While the Americans could fire back, the British had removed their flints on the march to prevent accidental discharge. As dawn began to creep over the horizon, only the Americans in the southern redoubt remained and put up a furious defense, but after several attempts, the door finally collapsed, and the order was given, put all inside to the bayonet. The assault had turned into a bloodbath, but Fort Niagara was once again under British control. The capture of the fort also provided the British troops much-needed supplies in the way of small arms, cannon, ammunition, clothing and shoes. The Americans also surrendered 400 prisoners of war and suffered sixty-five dead and six wounded, all at a British cost of five dead and six wounded. 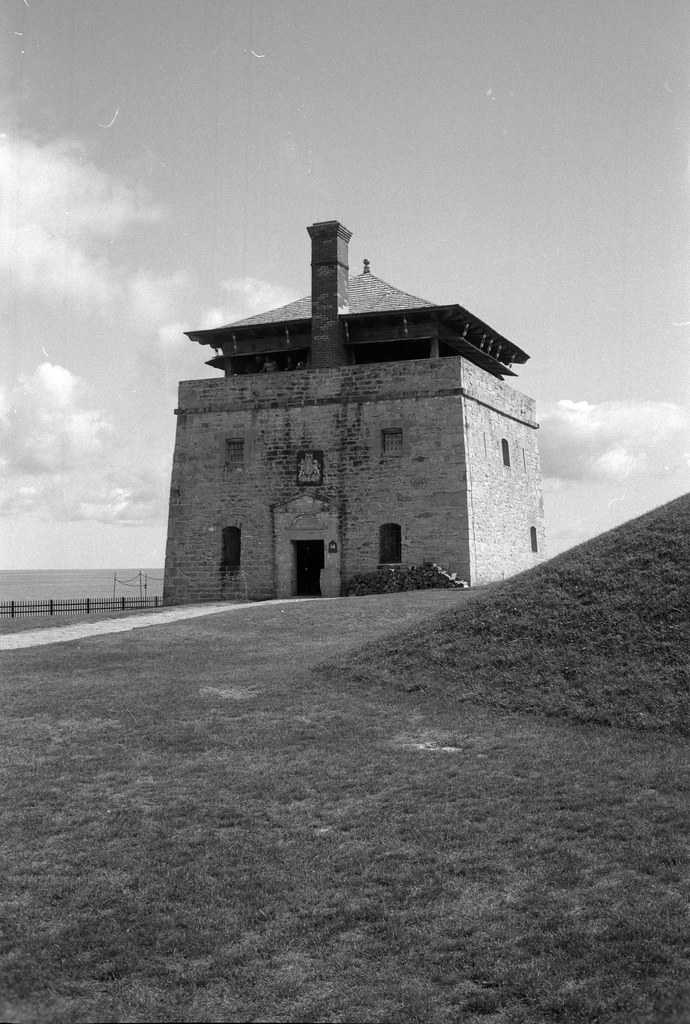 Drummond would not stop at Fort Niagara, he ordered the destruction of Youngstown, Lewiston, and Buffalo and by the new year, the entire American side of the river from Fort Niagara to Buffalo lay in ashes. Thankfully civilian loss of life had been reduced thanks to the heroic efforts of local native tribes who assisted in evacuation and shelter of those displaced. While the British held the fort, it did little good as the local militia refused to surrender and maintained their sentry posts keeping the British pinned in place. It did allow the British to maintain control of the Niagara Frontier below Niagara Falls for the rest of the war. The fort would be restored to the Americans under the terms of the Treaty of Gent in 1815. 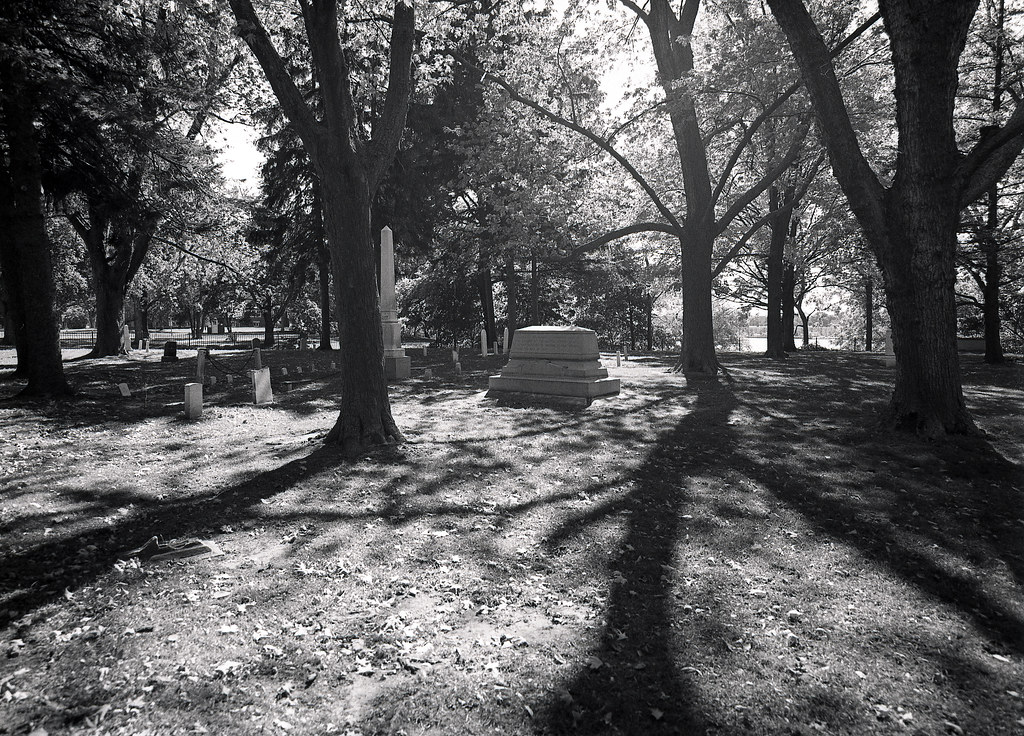 Today visitors can still visit Fort Niagara, the old colonial fort has been a museum since the 1920s and the entire grounds a state park since 1965. A series of plaques both at the fort and on both sides of the river commemorate the capture of the fort. The fort puts on a capture event each year on the Labour Day long weekend and in 2013 hosted a special event 200 years to the day and even the hour of the fort’s capture. An event I had the honour of participating in, even the 5 am march five miles to the fort.