Probably one of my more interesting cameras in my tool kit, but one that I really like but don’t take out often enough. I guess that’s the biggest problem with having a lot of working cameras. This Lomography camera is a copy of the Zenit Horzion 202, a panoramic camera designed for use in the Soviet Space program during the height of the cold war. This odd camera certainly caught my eye so when I netted a good discount with Lomography I went and picked it up. While not one work with every day, it’s still a really fun camera for a different look. 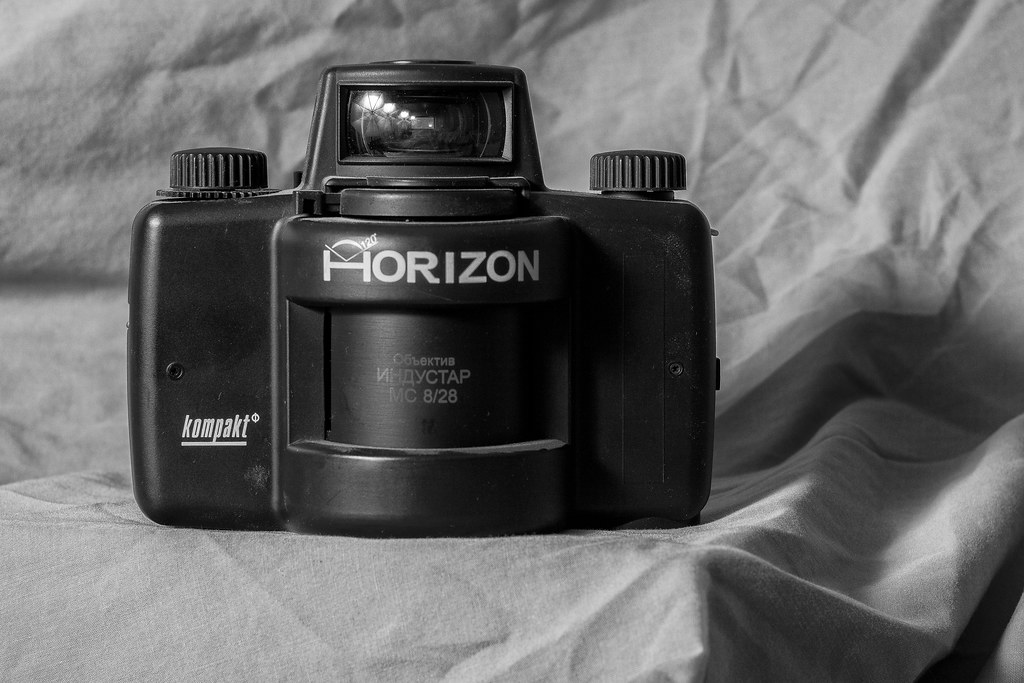 The Good
This is a fun camera, hands down. It gives you a very unique image as it’s panoramic, true panoramic not just cropped down like some point-and-shoot cameras. And even though loading the film is troublesome, it’s really easy to use, just point and shoot, from the hip even! And since it’s a swing-lens camera it produces some funky effects when you have objects in motion, it’s almost cartoon like.

The Bad
Probably the one thing I have a problem with in the camera is that it’s a bear to load. Seriously, you need to do it very carefully and properly for the camera to work its magic. If you do get one I highly recommend visiting a Lomography store and letting one of the staff members to show you how. Or visit YouTube to see if there’s a video explaining it. You will want to see it visually because it is hard to describe in text only. And while I don’t find it an issue personally another draw back is that this camera is simple, you have two “shutter speeds” so you really have to tailor the film you load into the camera for what and where you’re shooting. And finally there is the price tag, ringing in at 250$ in change which can be a bit steep for people.

The Lowdown
While many out there are detractors of the Lomography brand I actually really like this camera, it’s well made, just don’t be too rough on it, and produces a fantasic image. And most importantly it is fun. But again it’s not really for everyone, if you want a little more control check out it’s bigger brother the Horizon Perfekt for a lot more control over your camera settings.