Most of my experiences with communist built cameras have been gear from the failed Soviet Bloc, which is all well and good, but those cameras were not exactly known for their quality control, offset by the ease of repair by the layperson. However, there is still another communist state still producing cameras even today, and that’s China. The Shanghai Camera Factory started production of their Seagull 4A line in 1968, and by the 1970s the Seagull 4A-103 came into being. At first glance, you’d probably think that the camera in question is a German Rolleicord and you would be partially right. The 4A-103 is a direct copy of the Franke & Heidecke Rolleicord. But the Seagull is not a Rolleicord, not by a longshot. A big thanks to Donna Bitaxi for loaning out this camera for a review! 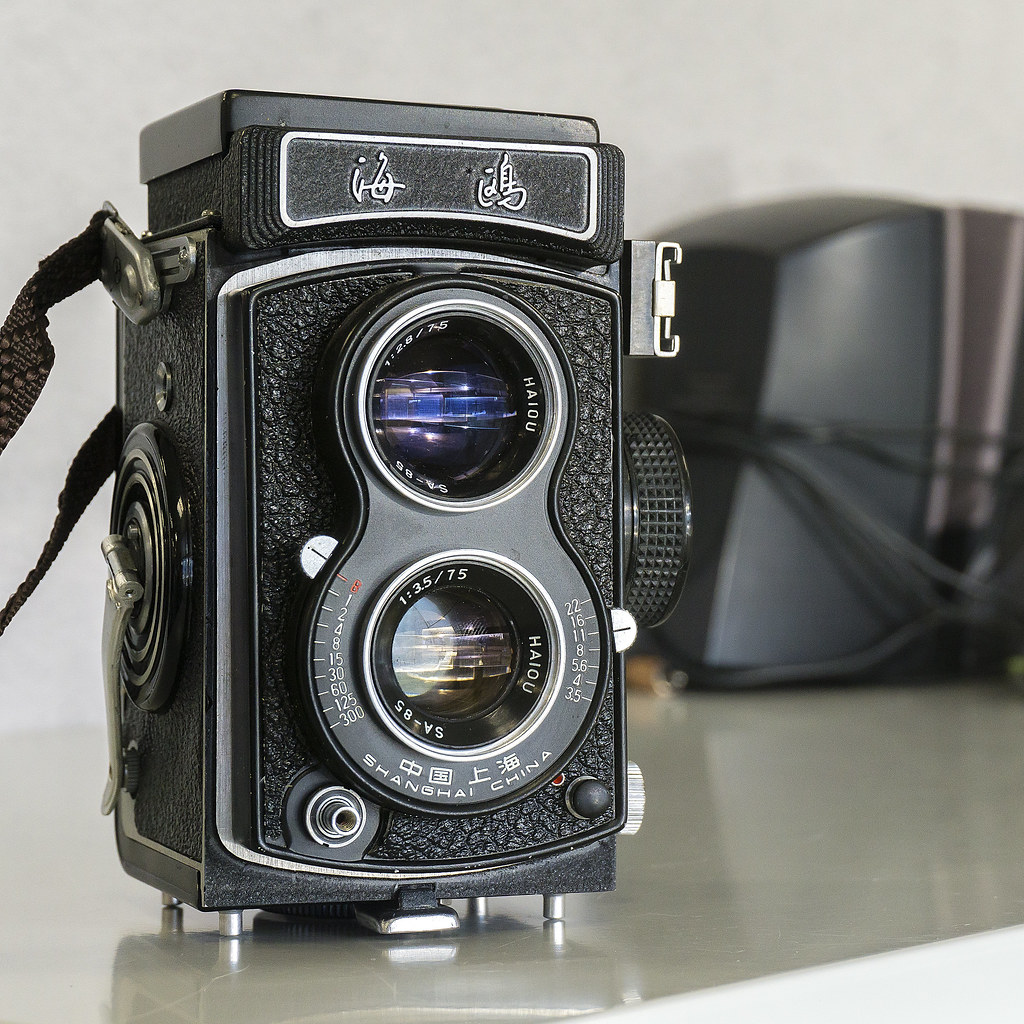 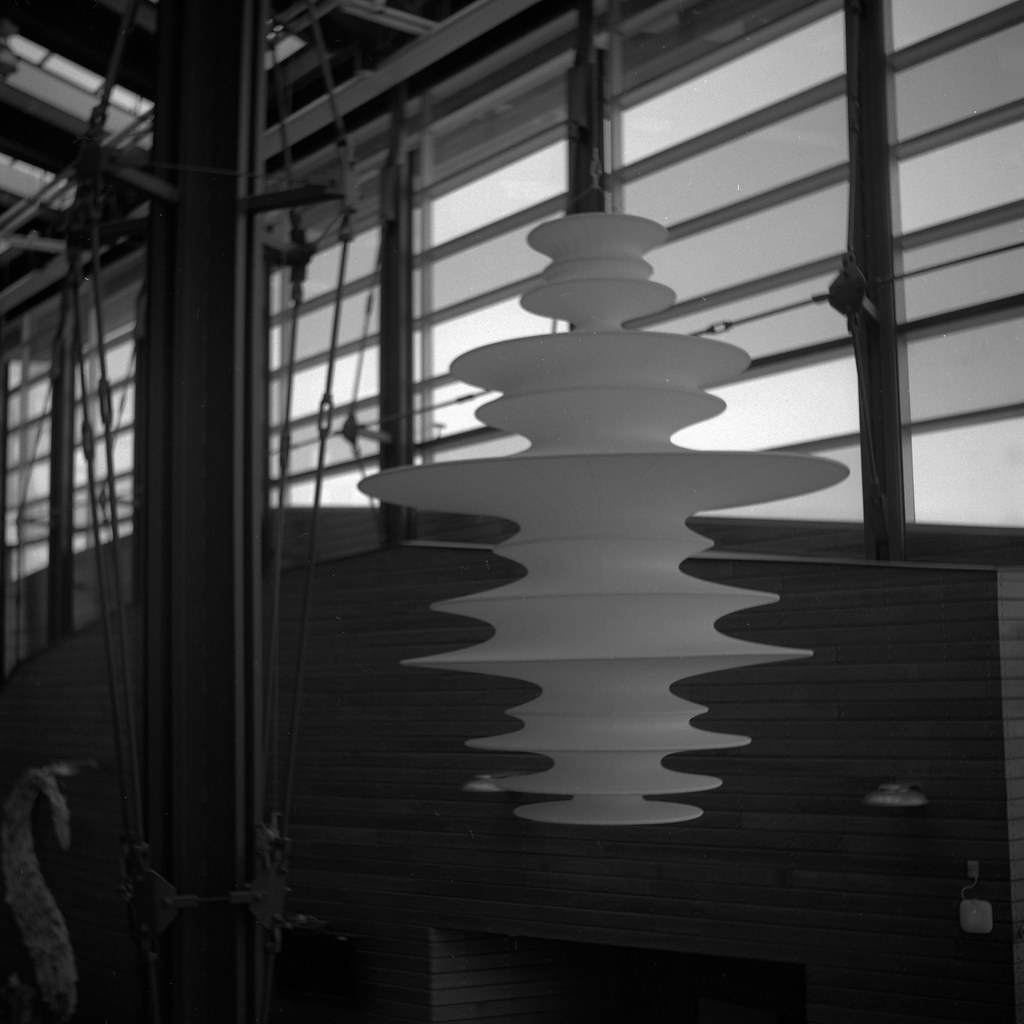 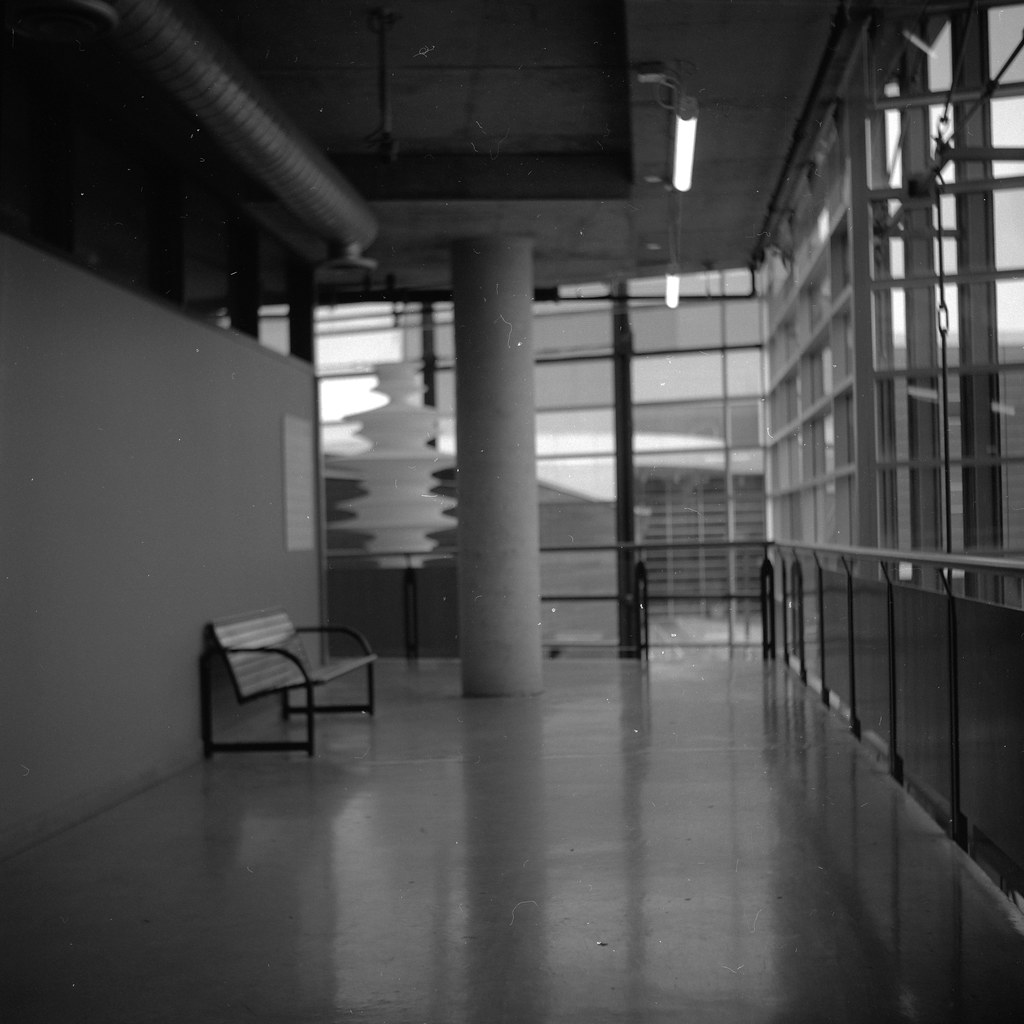 The Good
As lower-grade TLRs go, the Seagull has a lot going for it. First off the viewing screen is bright thanks to a full f/2.8 viewing lens, shame they couldn’t put the same lens on the taking side as well. The exposure controls are easy to operate and are close at hand. Film loading is easy and pretty fast, but it based on cranks rather than an internal mechanism so that it can seem a bit weird at first. This feeling could very well just be my personal stance having never shot a Rolleicord. The optics on the camera are surprisingly decent, with no sign of any vignetting, or poor quality. 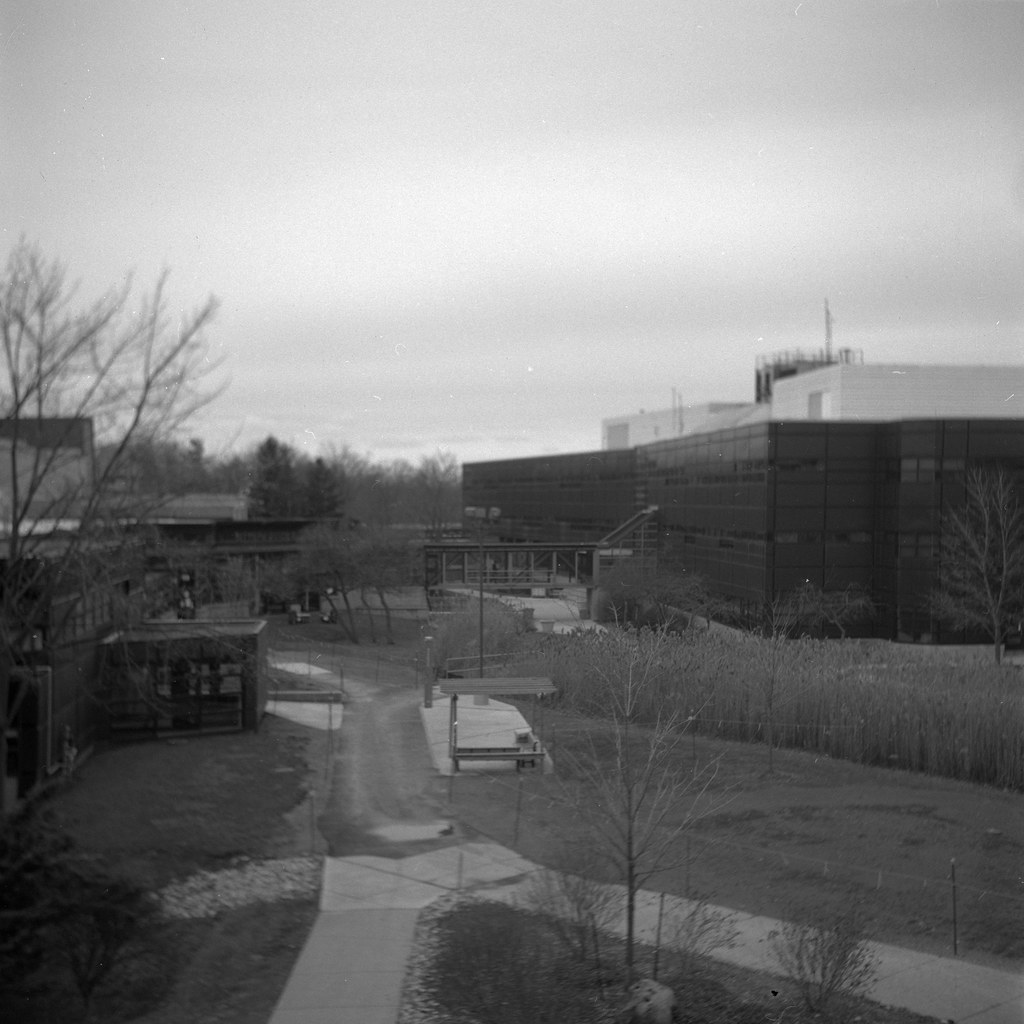 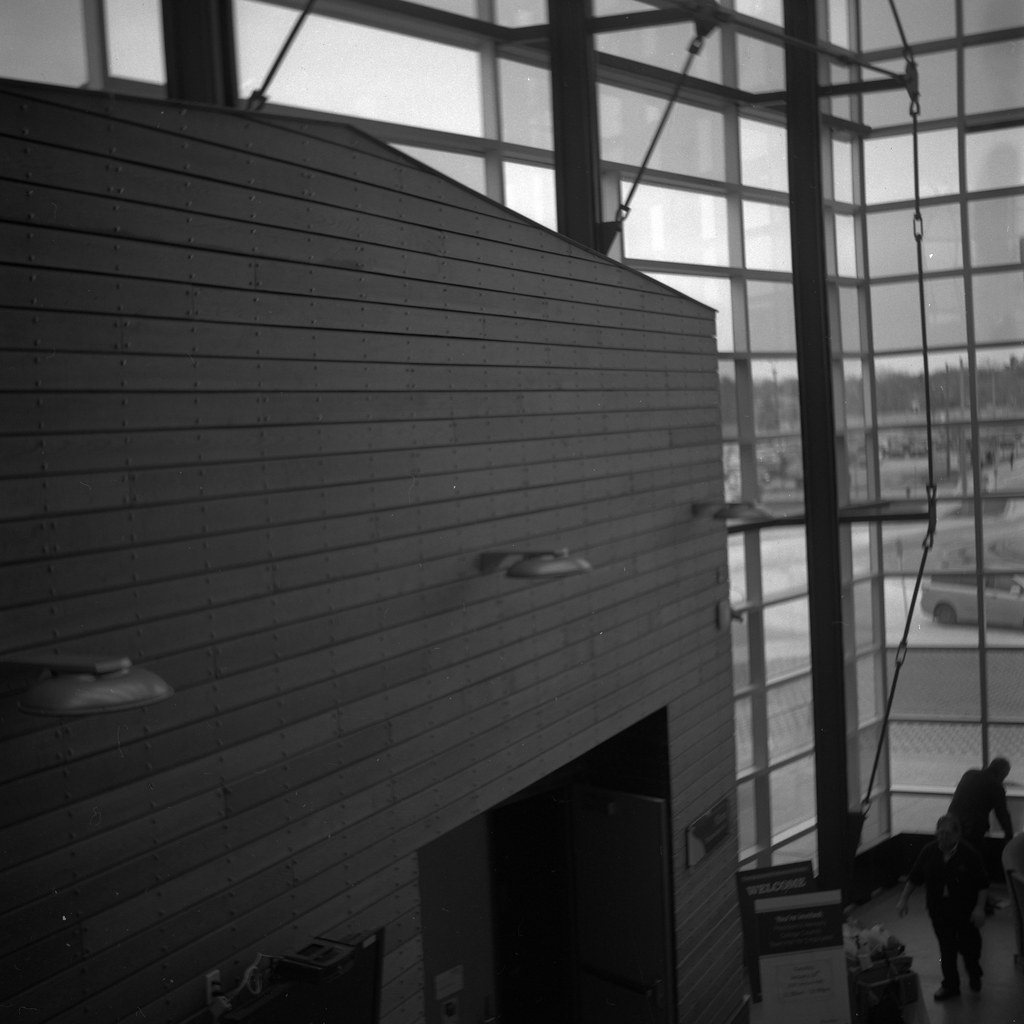 The Bad
Despite the metal construction, this camera feels flimsy, and not in it’s a light-weight camera sort of way just doesn’t feel as stable as I would expect from such a camera. The most trouble I have is the film door, while it is light tight, the locking wheel just spins, not sure why. The exposure controls while easy to access can be a bit stiff. The first time I took the camera out was in the cold weather, and they tended to complain a little. And continuing on the cold weather topic, the shutter seemed to freeze resulting in a blank roll of film first time around. It also could be due to age combined with the cold. However, when I tested it out a second time, the shutter did fire. I was also indoors. Now, before I continue, let’s talk focus. I honestly don’t know what happened here; everything was in focus when I was looking through the ground glass, even using the loupe. And when I pulled the negatives from the tank there were some obvious out of focus ones or shaky. But every single image is soft and out of focus, and I’m not sure what caused it! 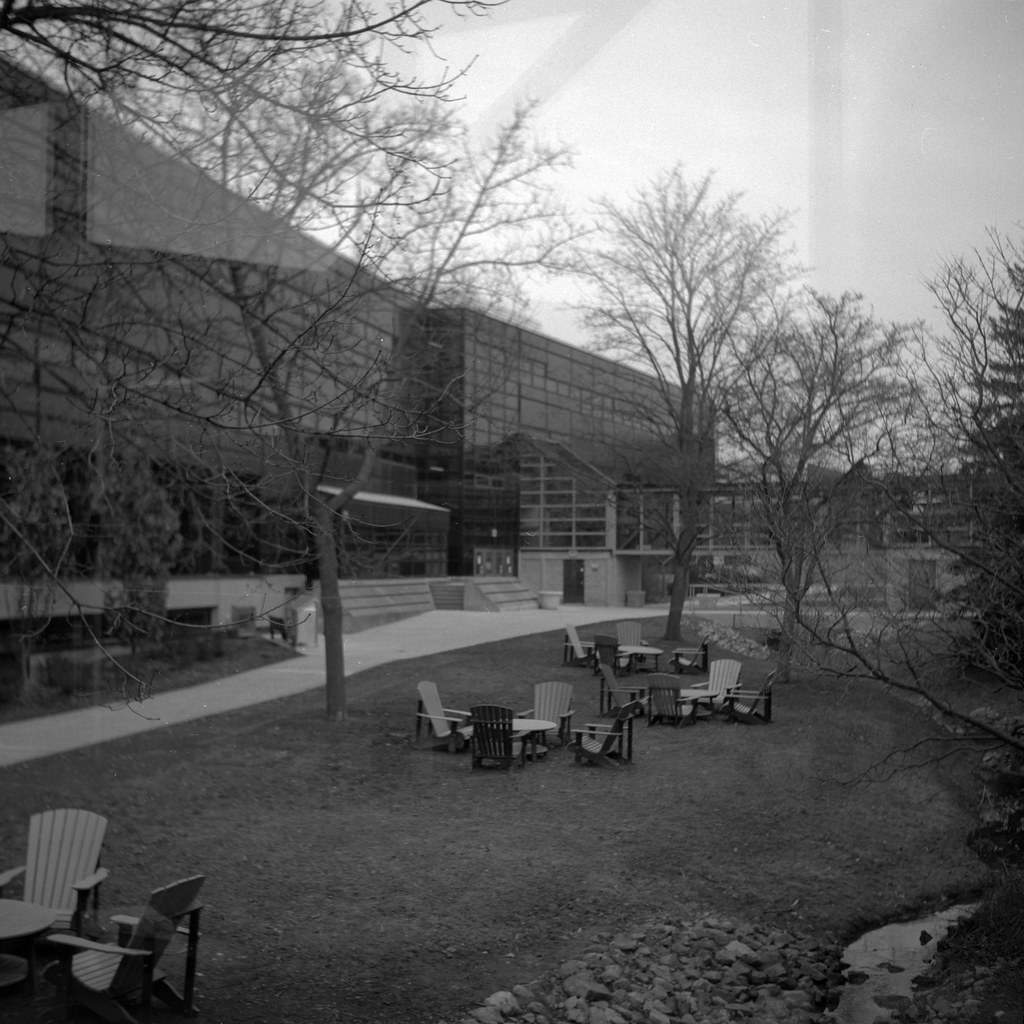 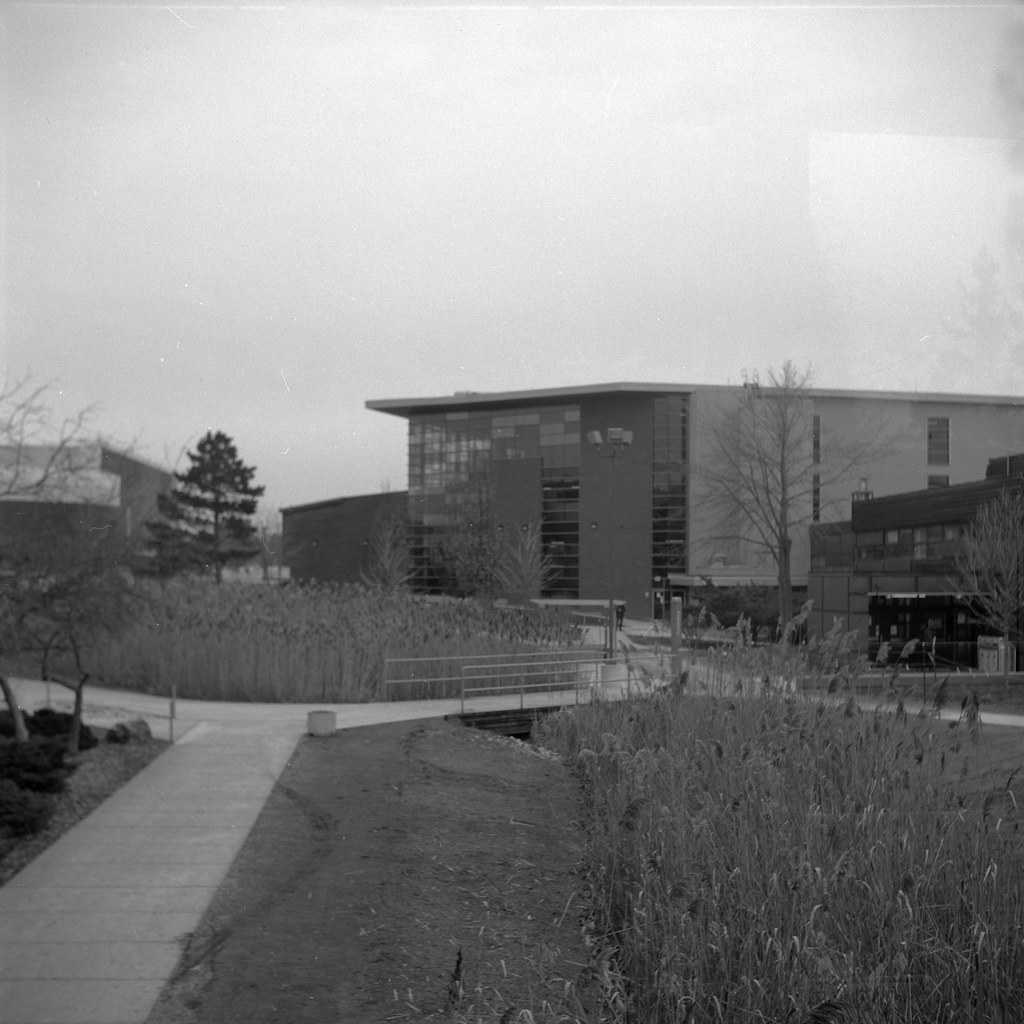 The Lowdown
In general, this isn’t a bad camera, some good things are going for it, but sadly in the 4A-103 the bad in this case outweigh them. The number one issue is the focus; it could be caused by the back not closing properly, so the film wasn’t aligned properly. Then there was the issue of the shutter; it was completely frozen when out in the cold, and even inside is stuck open at the 1/2 second mark. Of course, that can be solved with a clean, lube, and adjust. So while I really cannot recommend the 4A-103, I certainly would suggest a newer model which you can still purchase new!