The North American film photography community can probably thank Mike Bitaxi for the introduction of Polypan F. And to make things more interesting, the film is not intended for pictorial work. Instead, Polypan F is a motion picture copy film. As such the film is a blue-sensitive orthochromatic film, but looking at it, you can hardly tell. But if there is one thing the film is known for it’s the GLOW, thanks to the lack of an anti-halation layer on the film. Sadly the film was discontinued, but there’s still plenty of bulk rolls floating around. Undoubtedly worthwhile trying if you come across it. I want to thank Mike Bitaxi for supplying all the film used to shoot for the review. 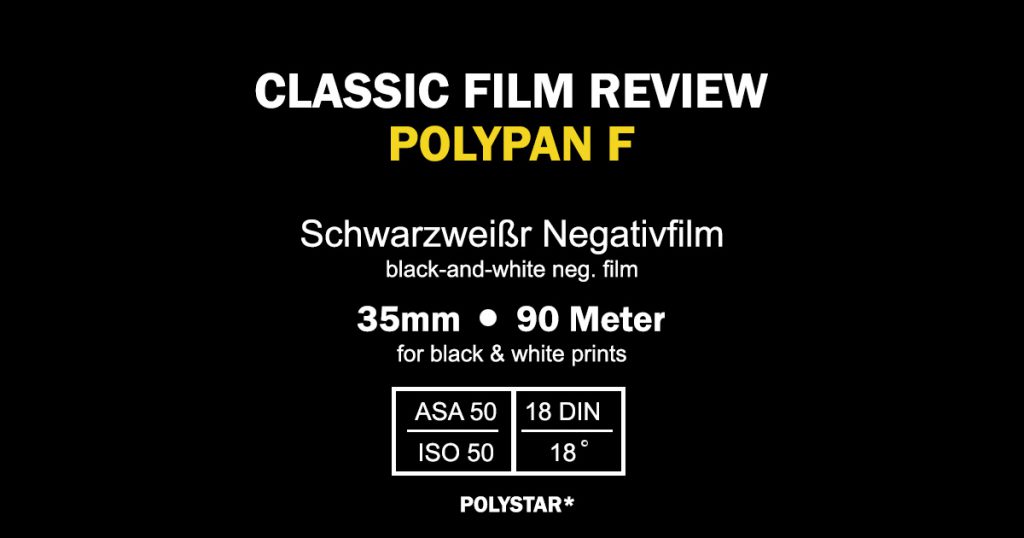 Roll 01 – Rodinal
The first thing I noticed about these is the lack of the tell-tale glow; I could chalk that up to one stop pull or just the developing. But you can see it around the edges in some of the brighter images. But either way, a strong way to start. Already a fine grain film, the sharp developer makes the images sharp, but show off a bit more grain than I would expect from the film. That could be due to age and the fact the roll had sat in a hot car for several hours. The images do show a low contrast, but still get a strong tonal range even with the blacks and white being just different shades of grey. While not my favourite choice for combinations, Rodinal does work in a pinch! 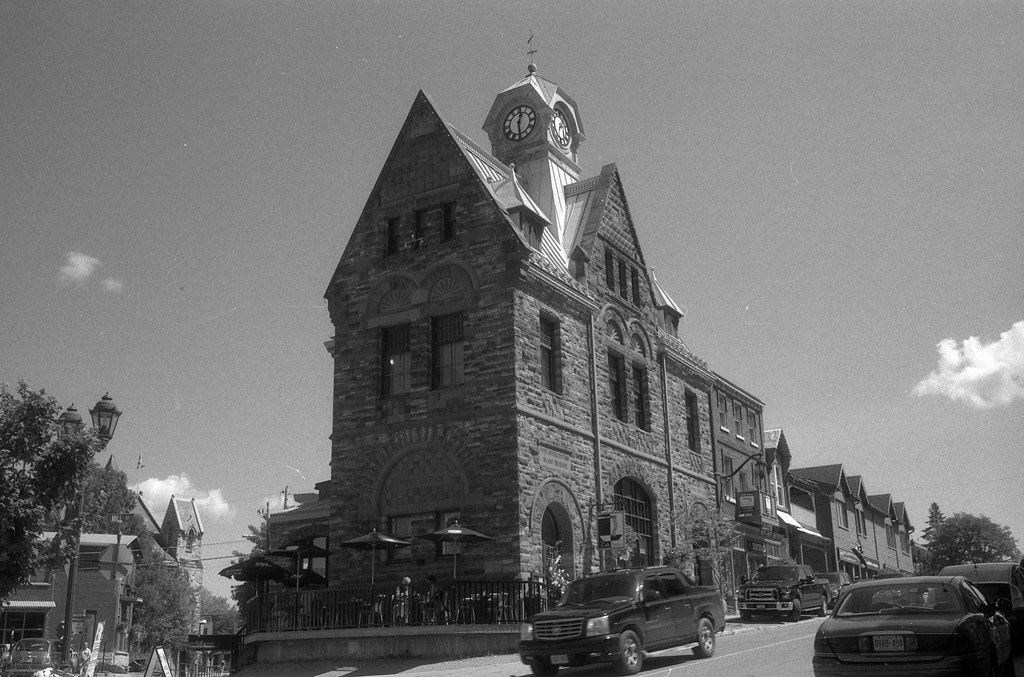 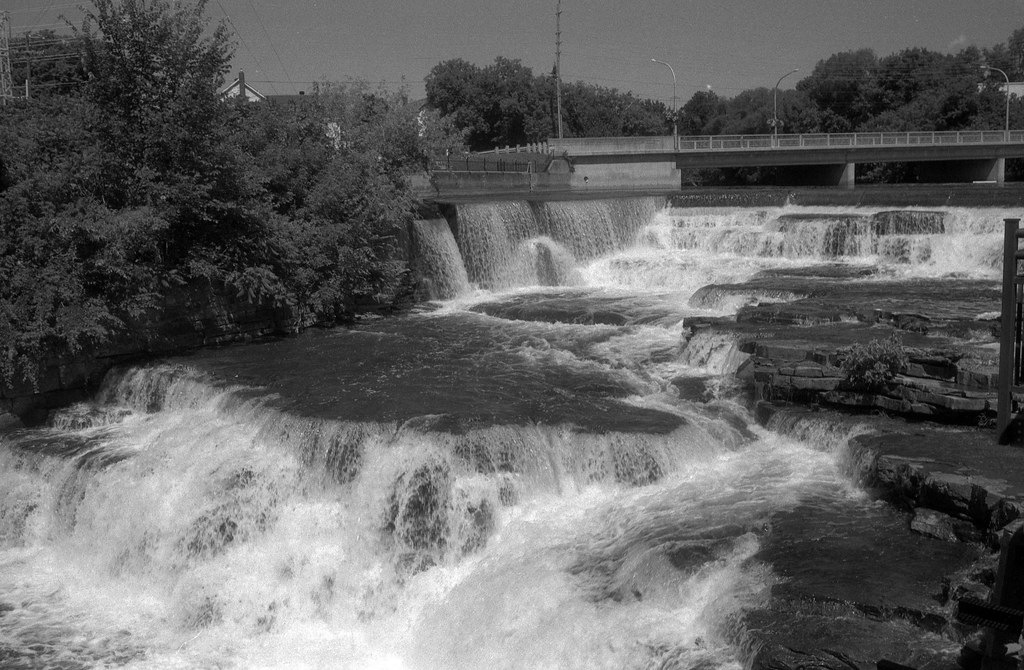 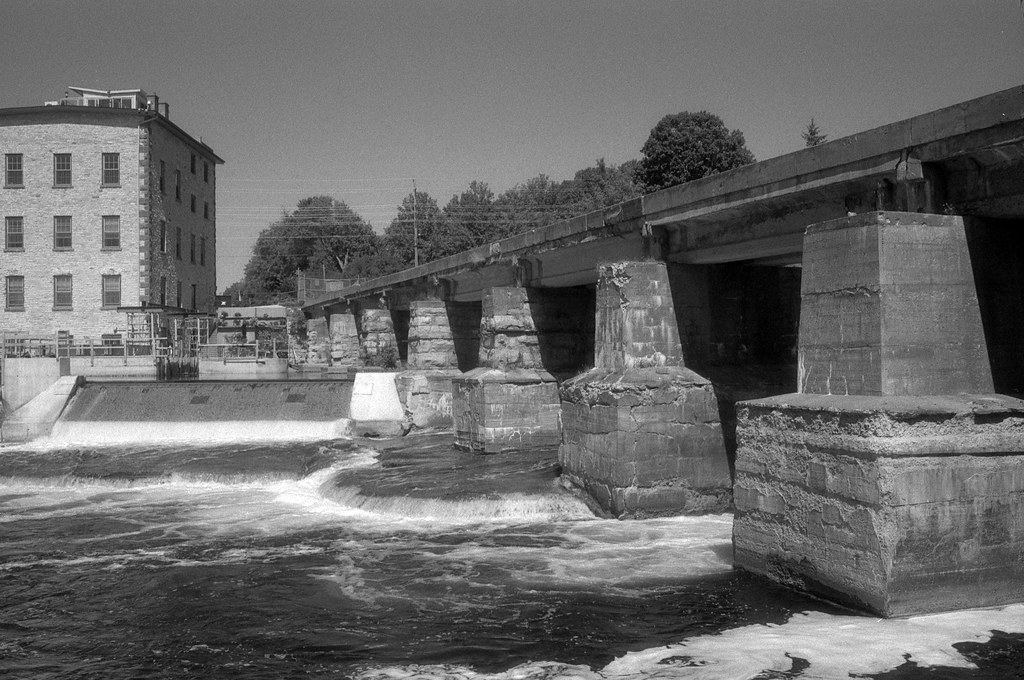 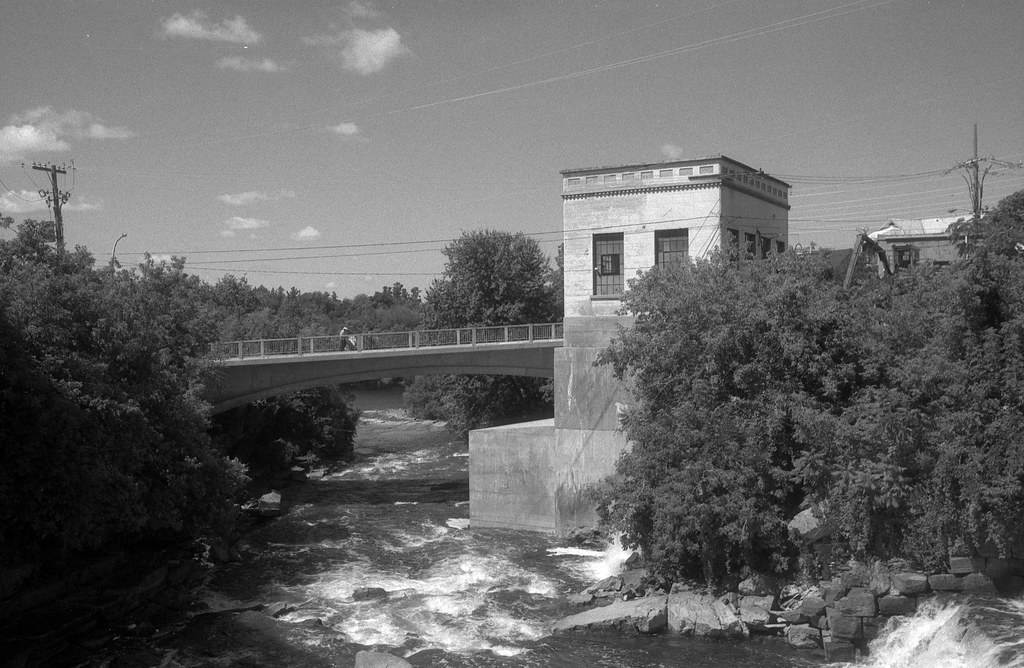 Roll 02 – Kodak Xtol
If you were looking for glow, then look no further than souping Polypan F in Xtol. You can see it certainly in the highlights. While the images are soft around the edge, the fine-grain nature of Xtol certainly helped tame some of the rougher edges of the film. Plus you get a decent level of contrast, with dark shadows and bright highlights while still maintaining a decent tonal range. Xtol is probably my favourite choice of developer for the film stock as it balances everything else, while still giving the glow! 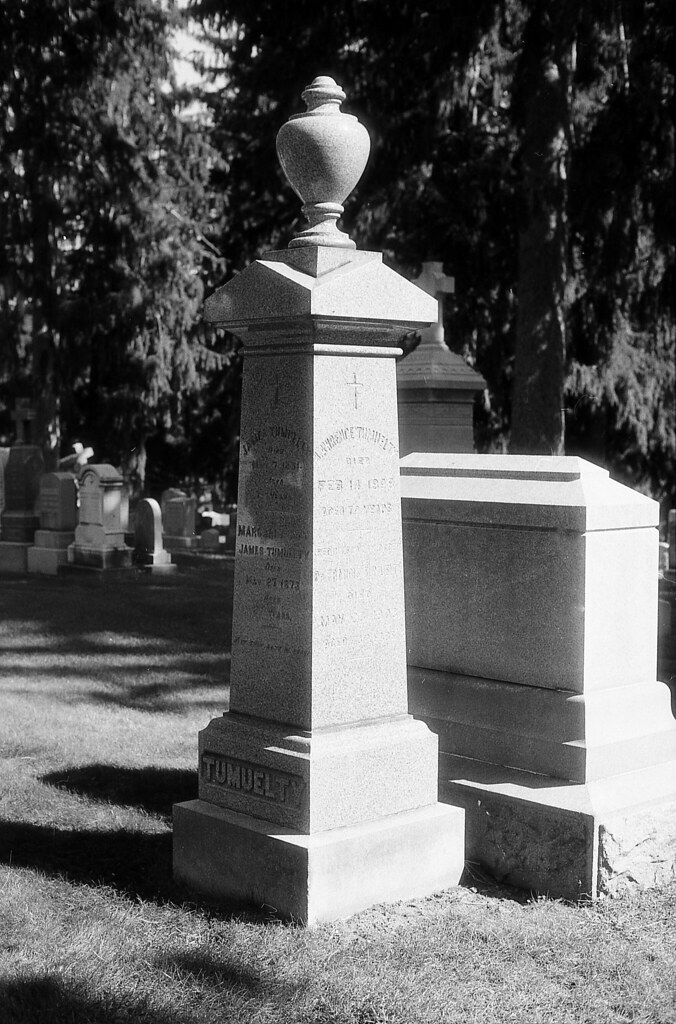 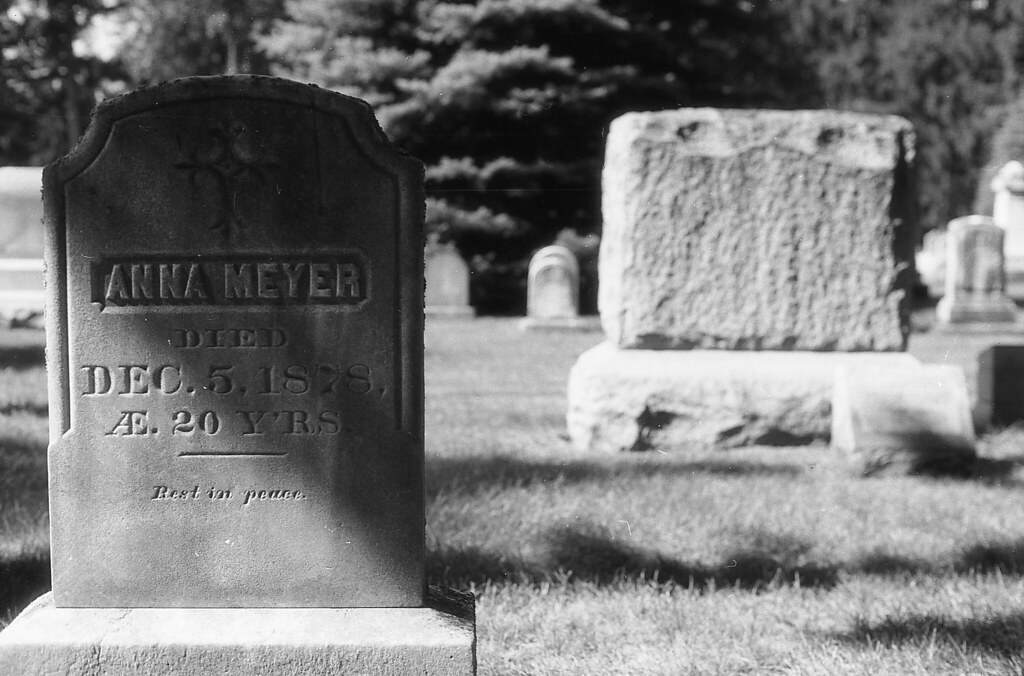 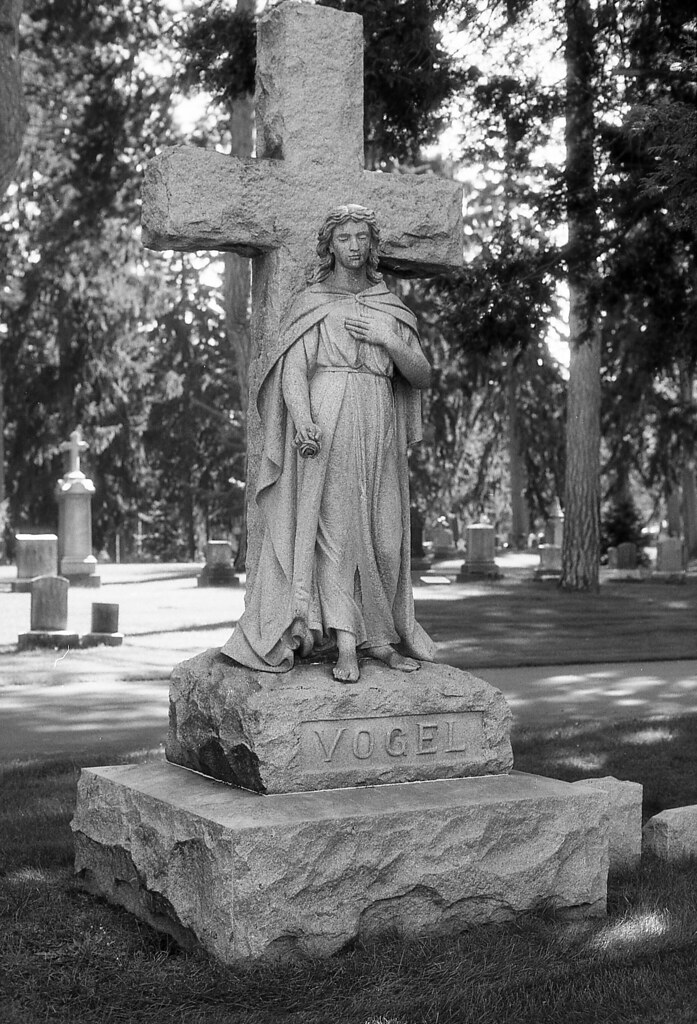 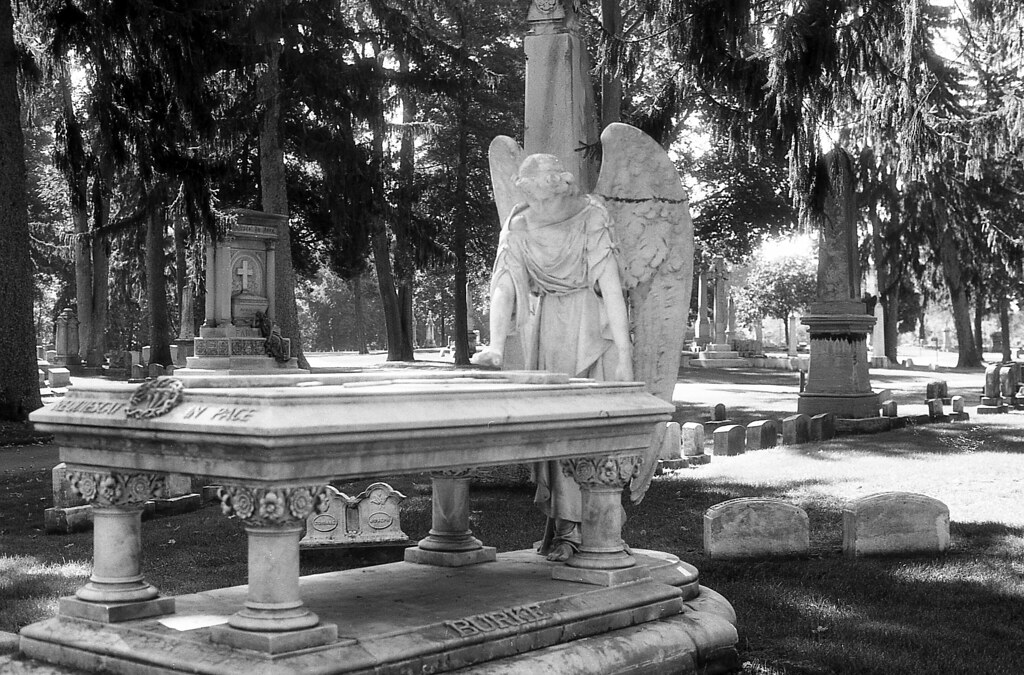 Roll 03 – Kodak D-76
I am honestly rather surprised at how nice these images turned out. Smooth grain, smooth tonality, lower contrast than I had expected, and sharp. Not to mention the glow was indeed back. I cannot say anything bad about this combination, it probably is helped out by the 1+1 dilution and the longer developing time to show off the beauty that is Polypan F. Even if you aren’t a fan of D-76 it’s worthwhile to keep around if shooting Polypan F, it does a lot better which the grain than Rodinal. Roll 04 – Kodak HC-110
The first thing I have to say is that on the Massive Development chart is has a rather odd agitation pattern. Which I wrote down, calculated, and then prompted threw out the window and went with a normal pattern. And you know what, it worked. I think it shows how well this film can stand up to an odd situation. But onto how the film itself works in this situation. Dilution H is one that is growing on me, and I do intend to use it next time I develop a roll of JCH Streetpan 400. I’m not sure how I feel about the combination, it seems a little hit or miss. The glow is there, but more manifests itself in softer edges. But I do love the softer contrast in the images while maintaining a good tone. And the softer edges means a fine grain. One thing I did notice is that using this combination, the highlights are blown out, but that could be due to the fact I went rogue on the agitation. I wouldn’t use HC-110 again with Polypan F. Oddly enough the scans came out with a bit of a Sepia tone, so inspired, I gave it that look in the final images using Photoshop. 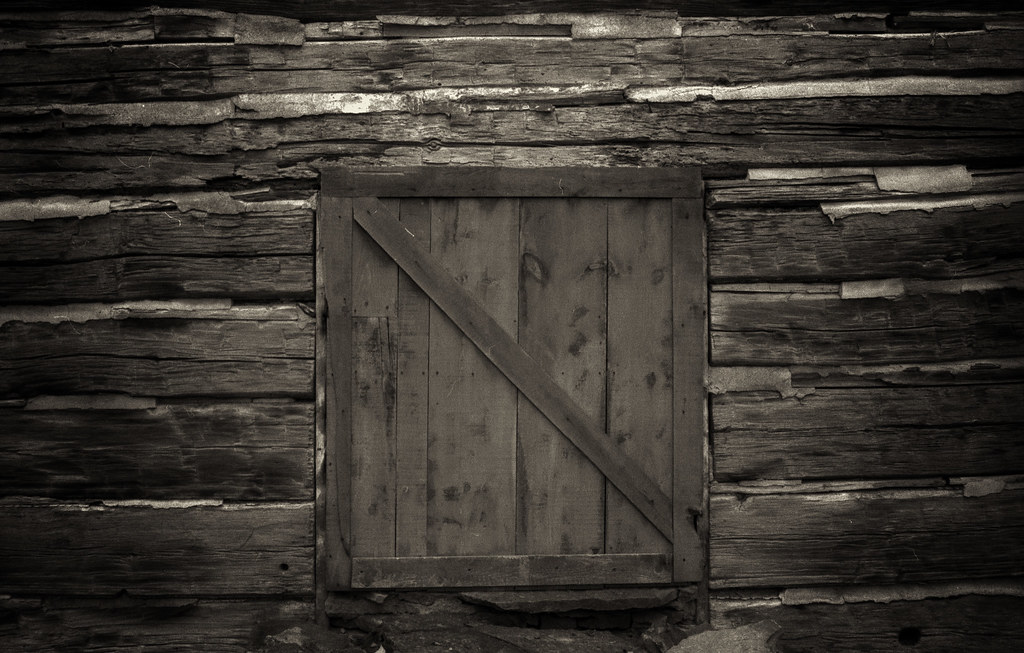 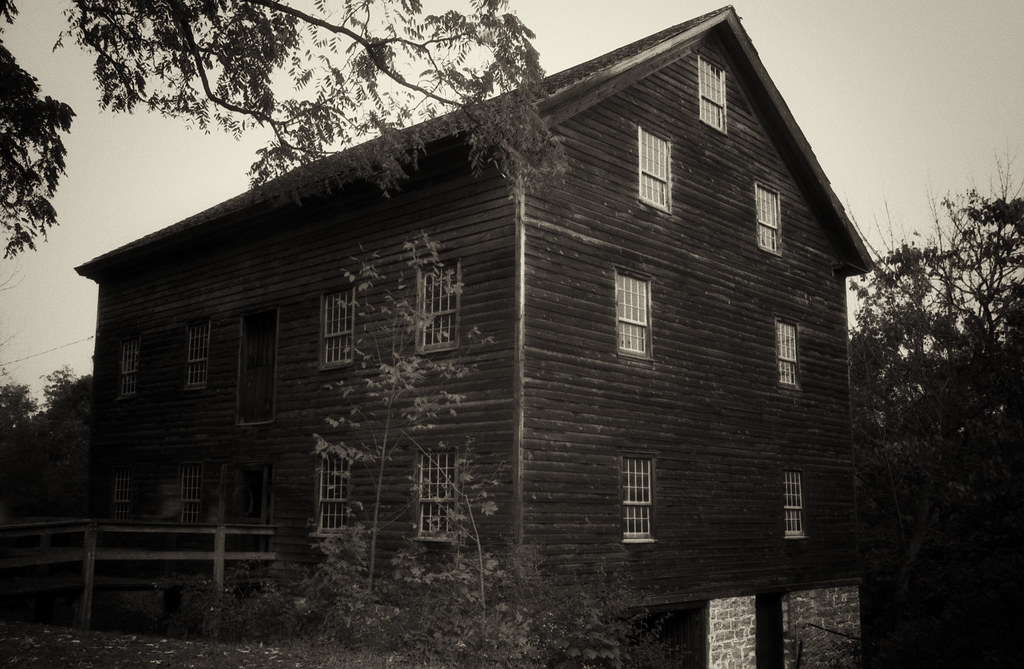 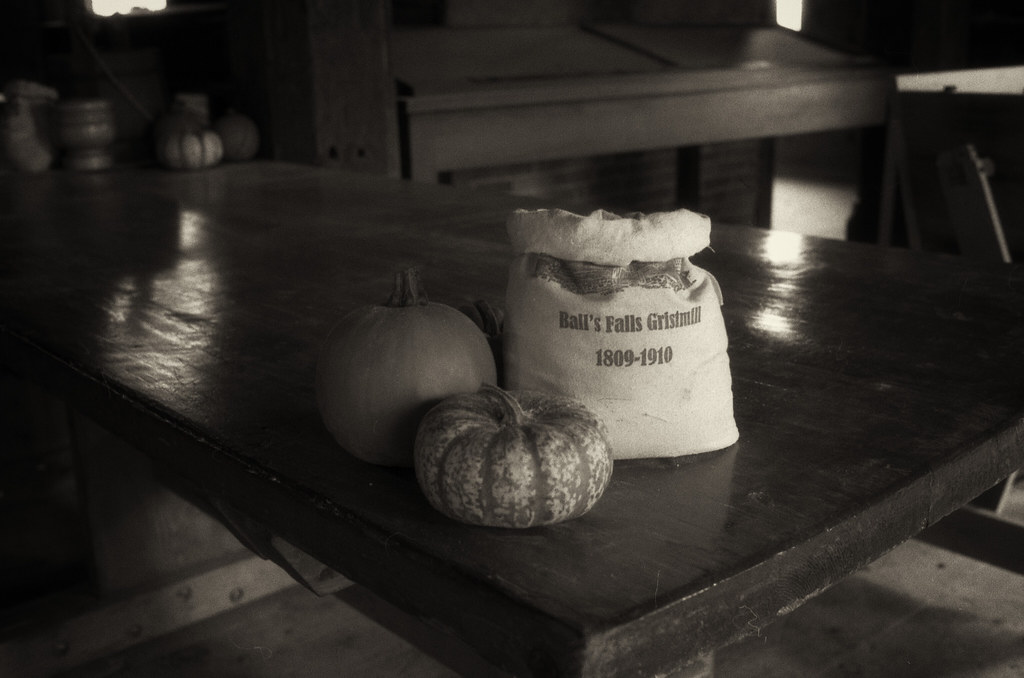 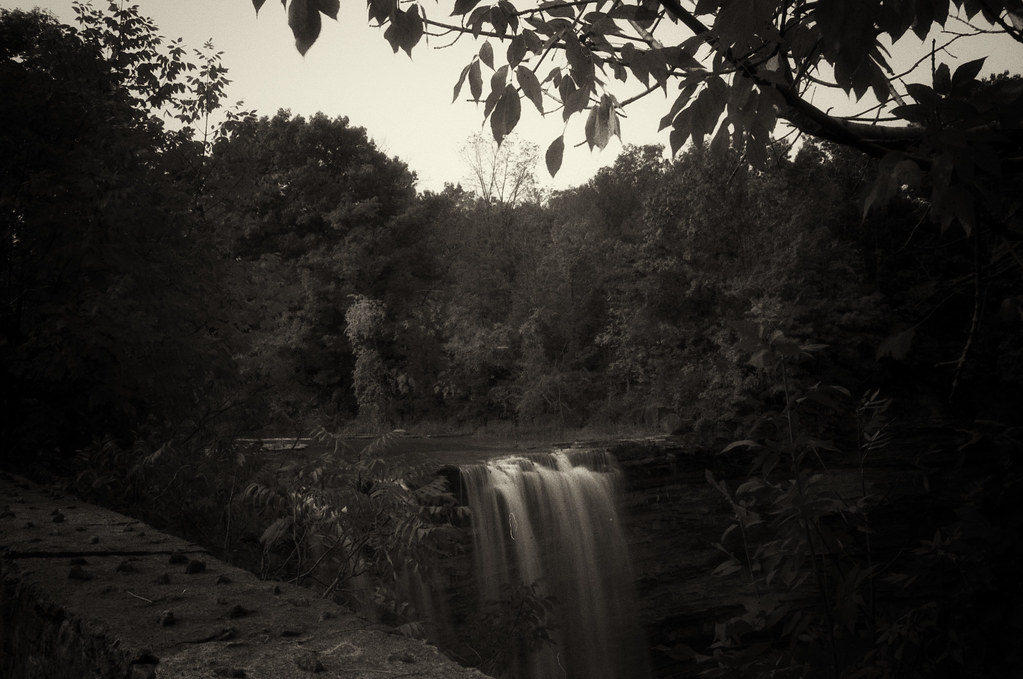 Final Thoughts
If you’re looking for something different, unique, and unlike most films on the market, then Polypan F is a film for you. If the glow doesn’t get you, the fine grain, and sharpness certainly will. Now the biggest issue is availability, you do have to buy it in bulk and then load it up yourself. Now in my case, I was lucky enough to get several rolls from Mike and the Film Photography Project already loaded into canisters. I’m not a bulk loader. Polypan is a film that loves the sunlight, and lots of it because it will give you that glow. And while the film has an amazing latitude as shown my some of Mike’s work with the stuff (he’s pushed it up to ASA-1600). While not a film I actively seek out, if I ran across some pre-loaded stuff, I’d grab a couple of rolls.