Thinking back to what could have been, I remember when I first got into film photography, photography in general and happened across Minolta. The SR-T 102, Hi-Matic 7s, even the X-7a, but I wanted to make the jump to autofocus. I was in a local bargain shop and happened across an open box, the Maxxum 7. It didn’t come with a lens and was well outside my price range. And now that I know more about that shop, it was probably hot also. I ended up switching to Nikon. But here it is now, the Minolta Maxxum 7, what many online sites describe as the perfect camera for pros and amateurs, and it doesn’t just look good, it performs flawlessly! Special thanks to James McFarlane for loaning out this beauty. 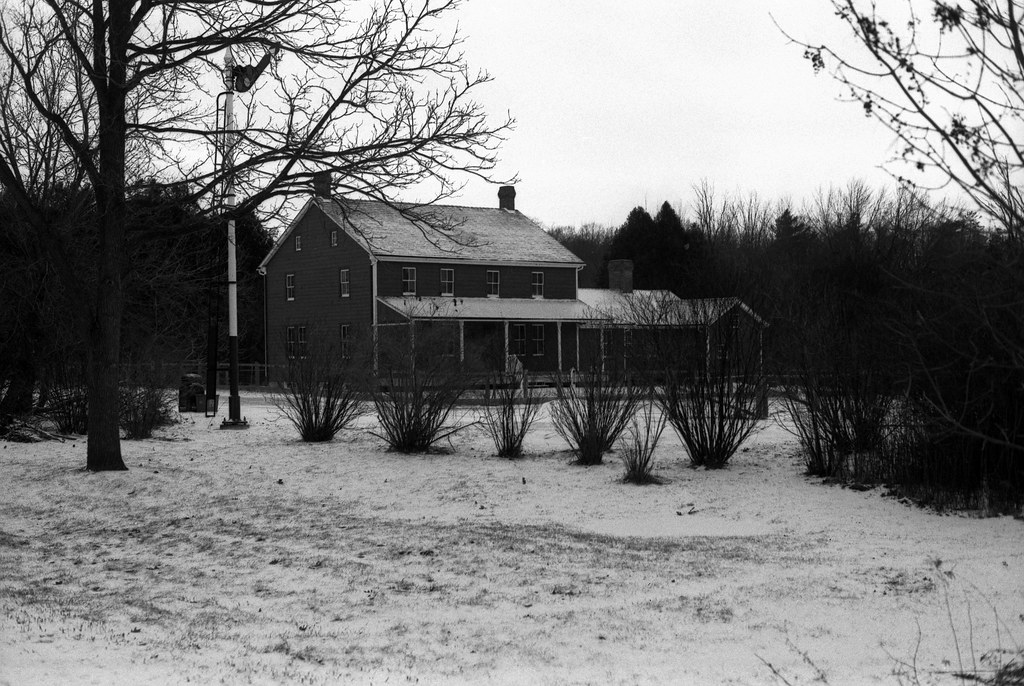 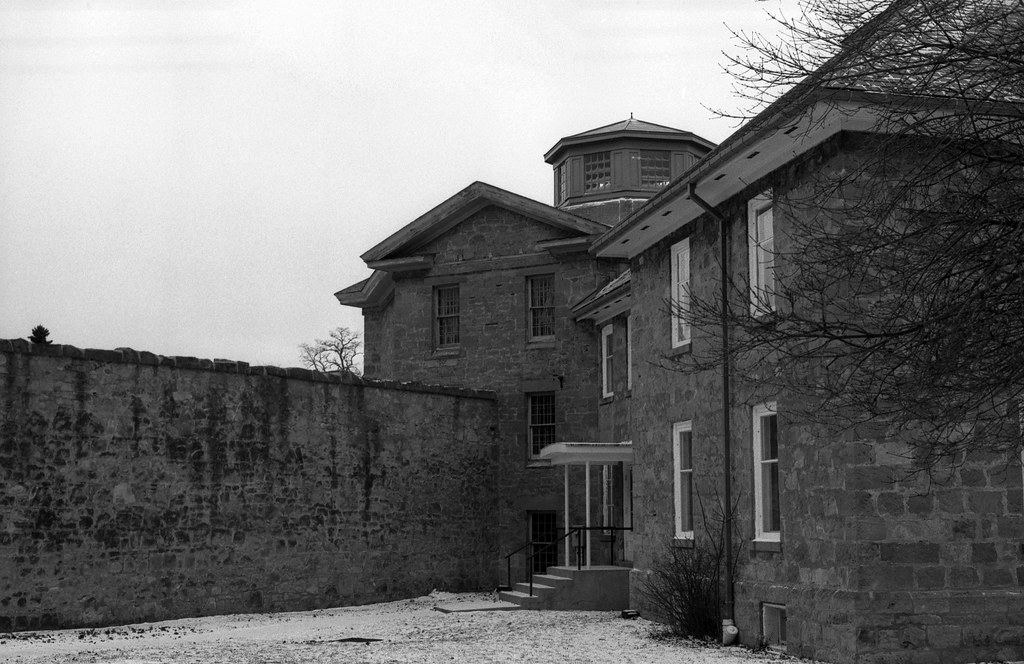 Camera Feel
First off, the camera feels amazing in hand, even without a grip the whole experience is perfectly balanced. And that would go with the 50/1.7 and the 35-70/4 zoom. There is a bit of off-balance feel with the longer 70-210/4 “beer can” but nothing overly problematic. The grip is big, and the sensors in it allow the camera to jump to life as soon as you pick it up, there’s also an eye-start option as well. A feature I’m not 100% fond of, but thankfully there’s a switch to turn it on and off. Just make sure you don’t confuse the on/off switch for powering the camera with the eye-start. Thankfully the switches are two different sizes, and in different positions, but at a quick glance, they look very much the same. I know I was confused at first. The rest of the controls are very well laid out, with all functions being controlled by a physical switch rather than hunting through menus. The addition of a big LCD screen at the back which shows exposure details, focus points, camera mode, and other important information is a nice touch. The shutter sound is also nice. I would often switch my first digital camera (DiMAGE Z2) to sound like the Maxxum 7 just for that sound. 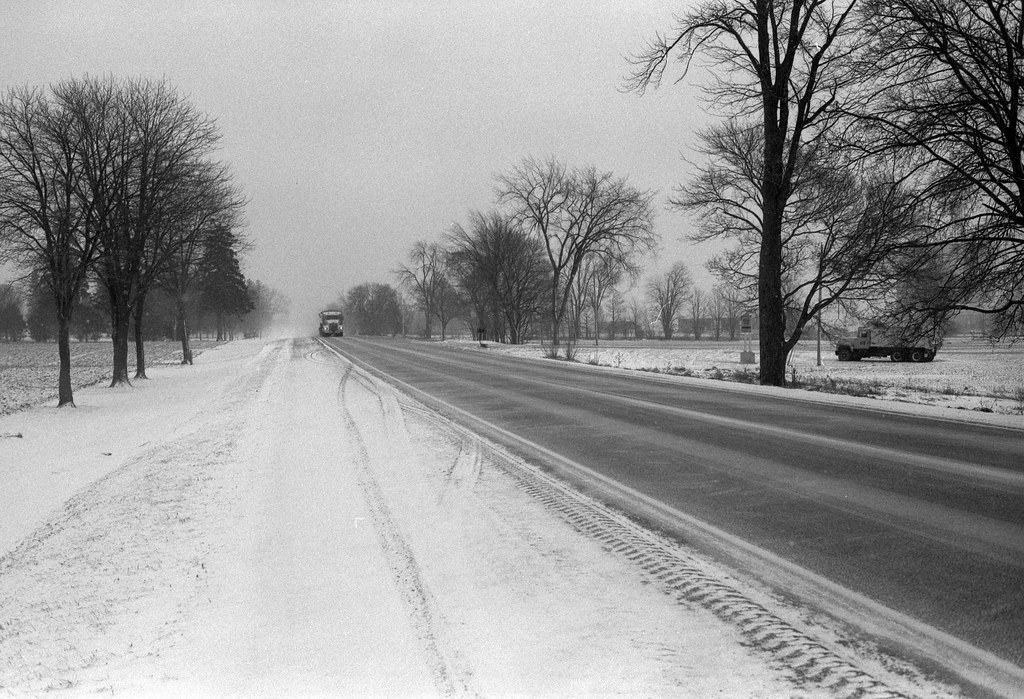 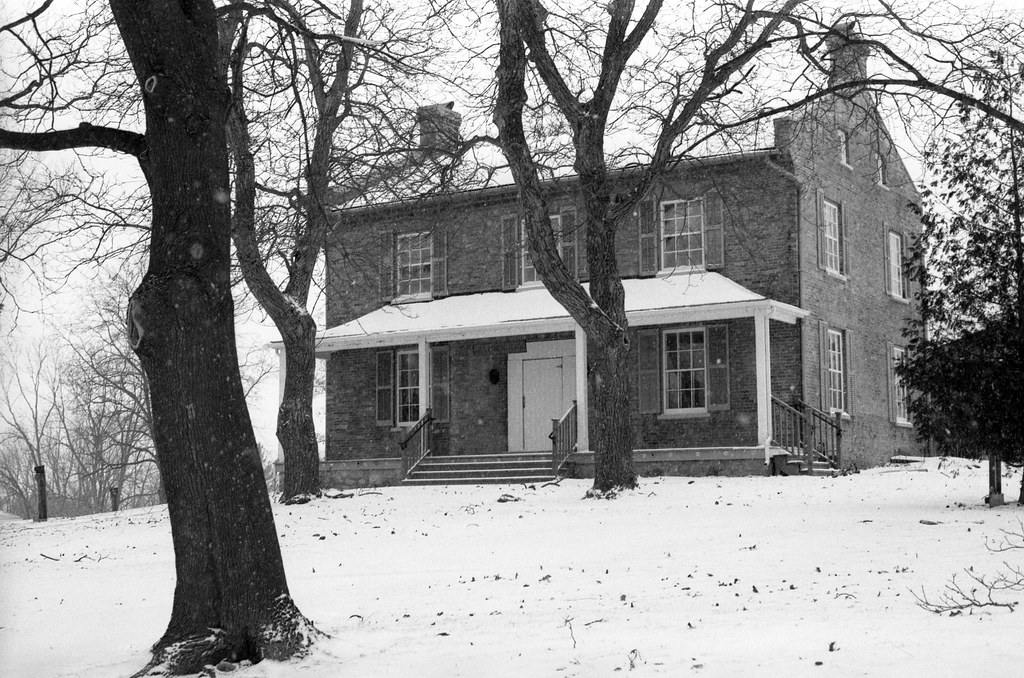 Camera Experience
Just as the camera feels amazing in hand it, also offers a fantastic experience when out in the field. The autofocus is fast and accurate, with a meter to match. The Maxxum 7 offers far more focus points than I initially thought, more than even my F5. And the selector option on the back is clear, and the points light up in red in the viewfinder. The viewfinder is bright and offers everything I need to know right there. The back LCD screen mirrors that so you don’t have to keep your eye in the viewfinder if you’re using a tripod, plus it automatically aligns to the orientation of the camera. And even though the lenses are older models, they work super fast on the Maxxum 7, a nice touch as they are all rather leisurely on the old 7000. Having never shot with one before, I found myself right at home with the camera, everything well laid out and within reach. The eye-start was a bit finicky but having a dedicated switch to turn the feature on and off was perfect. 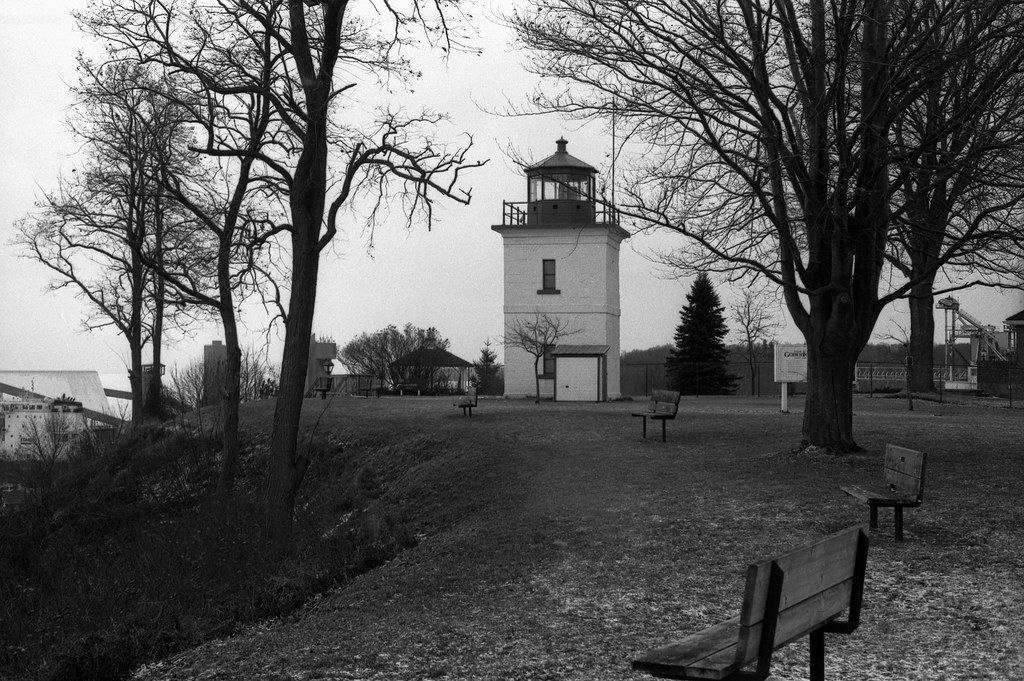 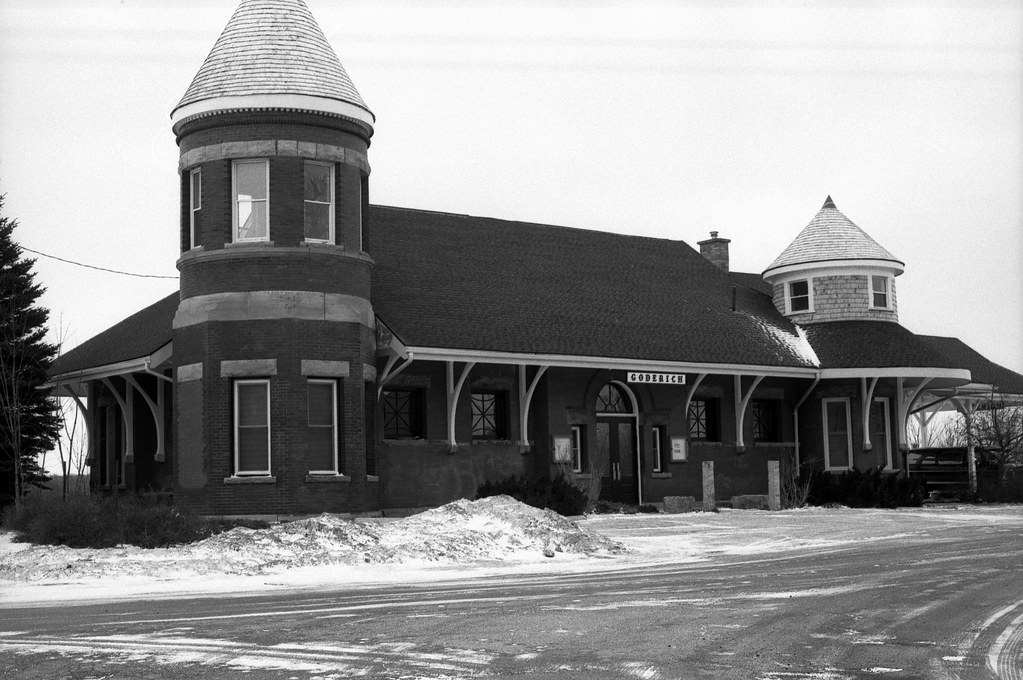 Optics
Having an amazing modern film camera with an A-Mount makes the Maxxum 7 perfect for anyone wanting to try film but only having a digital camera. That’s because any Sony A-Mount lenses will work on your Maxxum 7 as the mount is the same. Of course, that does put a premium price on some of the Minolta lenses. Thankfully there’s plenty of older lenses that are inexpensive but have great quality. The 35-70/4 and 70-210/4 are amazing lenses that are inexpensive. While not as fast as others, they offer a great starting point for a two-lens kit. Just avoid lenses that are designed for crop-sensor bodies as they will vignette when shooting on the full 36x24mm surface of 35mm film. And Minolta Optics stand up will against contemporary lenses of the time. 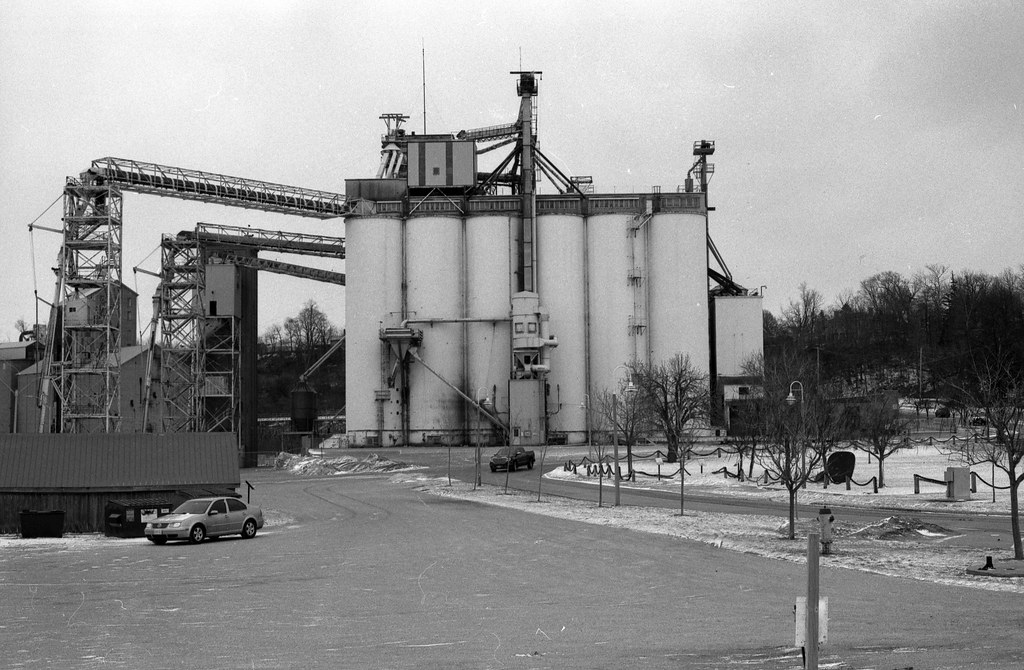 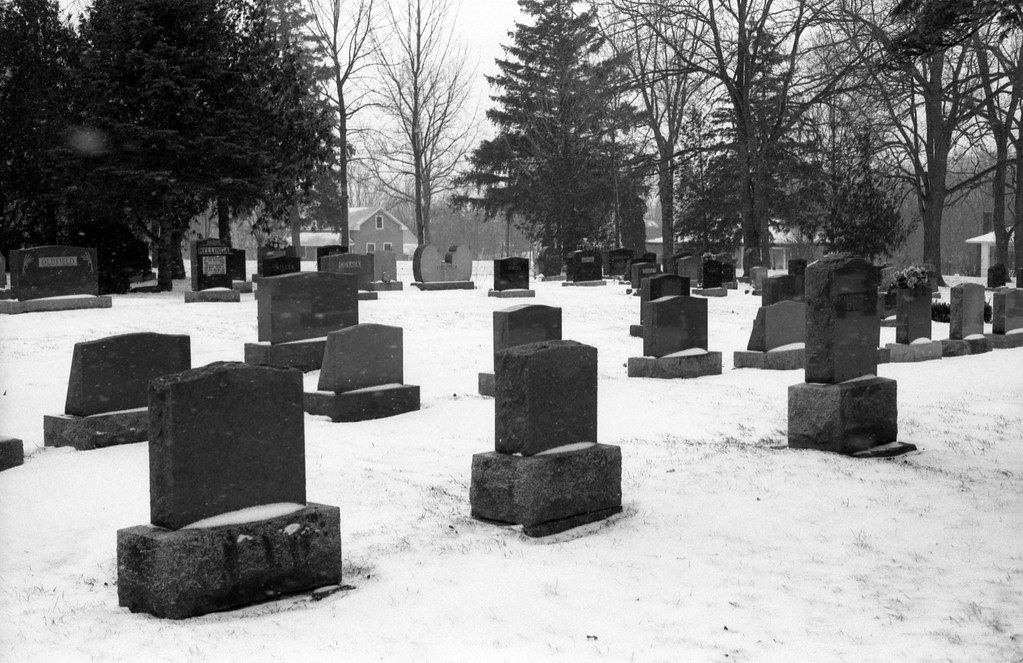 The Lowdown
Like all cameras from the mid-1990s, the Maxxum 7 does require a specialised battery in the form of two CR123a lithium batteries. So if you are taking the camera on an extended trip, a few spares might be in order. Prices range online between 200-500 dollars which are not bad for a camera such as the Maxxum 7, making it easily accessible to many photographers looking to update their Minolta AF system to something modern in the professional range. And yes, after using the camera I realised that I would have been thrilled with the Maxxum 7 had things been different. It’s not saying I’m not happy with my Nikon system; I’m saying I would be just as happy with a Maxxum system as I am with my Nikon system. That being said, if one were offered to me for the right price, I would snag it up without a second thought. That said, since writing this review, I happened across a Maxxum 9 and snapped it up with only a few day’s thought.