I’ll be the first to admit, I’m a sucker for professional 35mm cameras, and there are two that I’ve always wanted, the Nikon F5 and the Minolta Maxxum 9. While I loved working with the Maxxum 7, the 9 still drew me in just that little bit more. And while the 7 and 9 share many similar features and design cues, the Maxxum 7 to the Maxxum 9 is what the Nikon F100 is to the Nikon F5. All solid cameras, it’s just the 9 and F5 are aimed more for the professional than the advanced amateur. I was sold on the 9 as soon as I picked it up in my hand; everything just felt right. Not to mention the familiar dial design that I got with the F4 but the power I get with the F5. 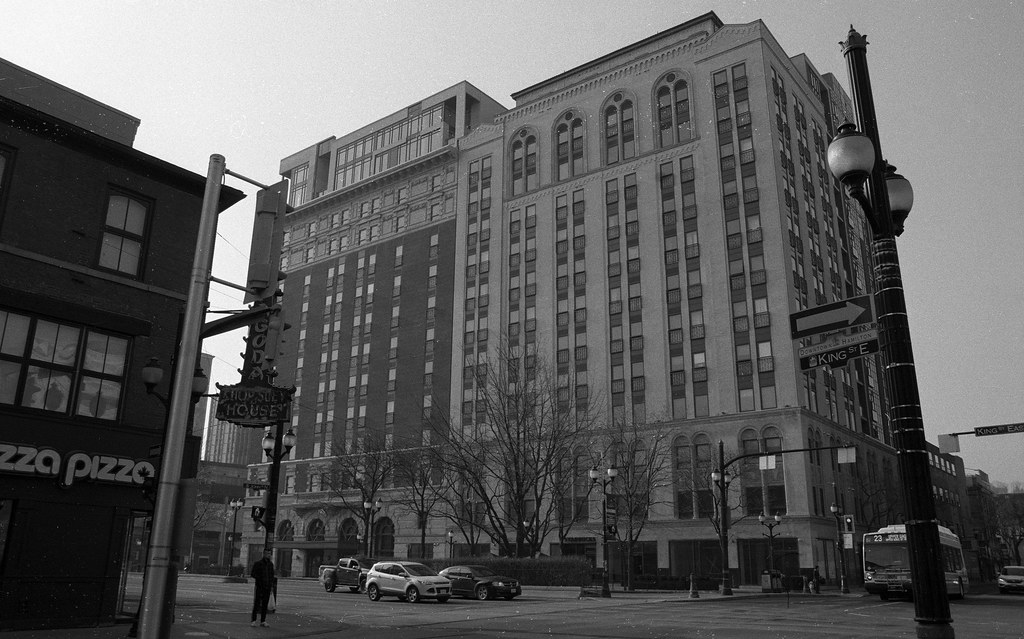 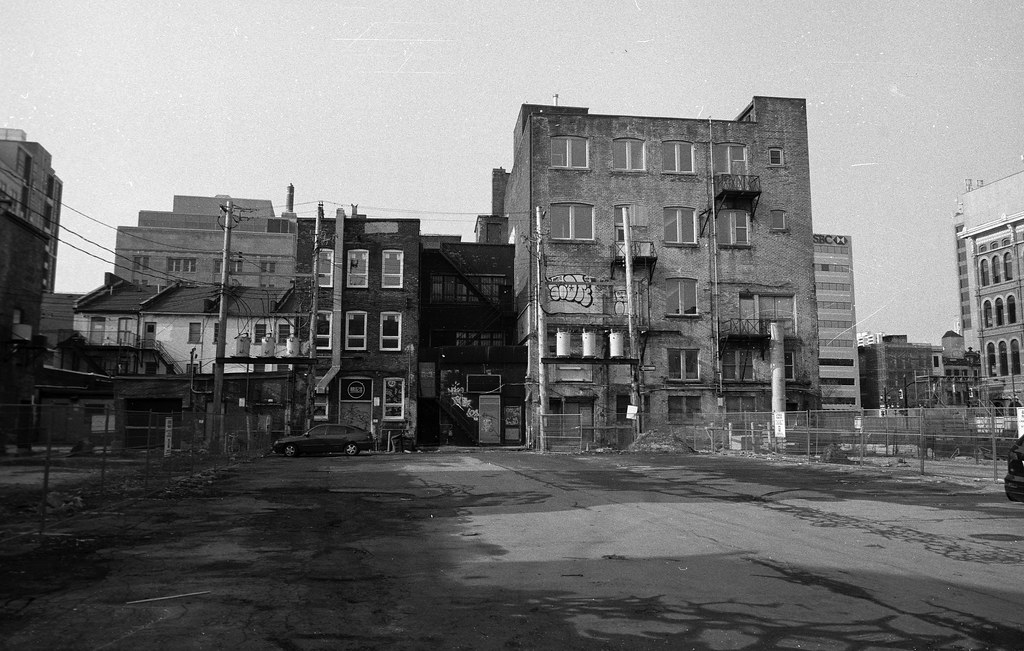 Background
The Maxxum 9 is the final answer to a short lineup of professional Minolta cameras that began back in the 1980s with the release of the 9000, their first autofocus professional camera, unlike the other of the x000 line the 9000 used a manual film release and many of the controls were still knobs and dials, when the 9xi was released these knobs and dials vanished in favour of the sleek design that came with the xi series. But these queues thankfully were dismissed with the two direct predecessors to the 9, that would be the 800si and the 600si. The 9 would take more of its design queues from the 600si with a squat aggressive look and only a few functions controlled by a menu all the major options are done through control knobs and dials giving a retro look and feel. The Maxxum 9 first showed up in 1998 at the Minolta booth at Photokina and saw moderate release later that year with a broader release in 1999 along with a special edition 9Ti. The 9 sported stainless steel and diecast Zinc frame whereas the 9Ti swapped these out of titanium. Each was rubberized and completely weather sealed. Sporting a carbon fibre shutter allowing for the blistering 1/12000″ shutter speed at the top end. While the 9/9Ti were not the last 35mm SLR from Minolta, they were the last ‘professional’ 35mm SLR released from the company before going to digital and then acquisition by Sony. 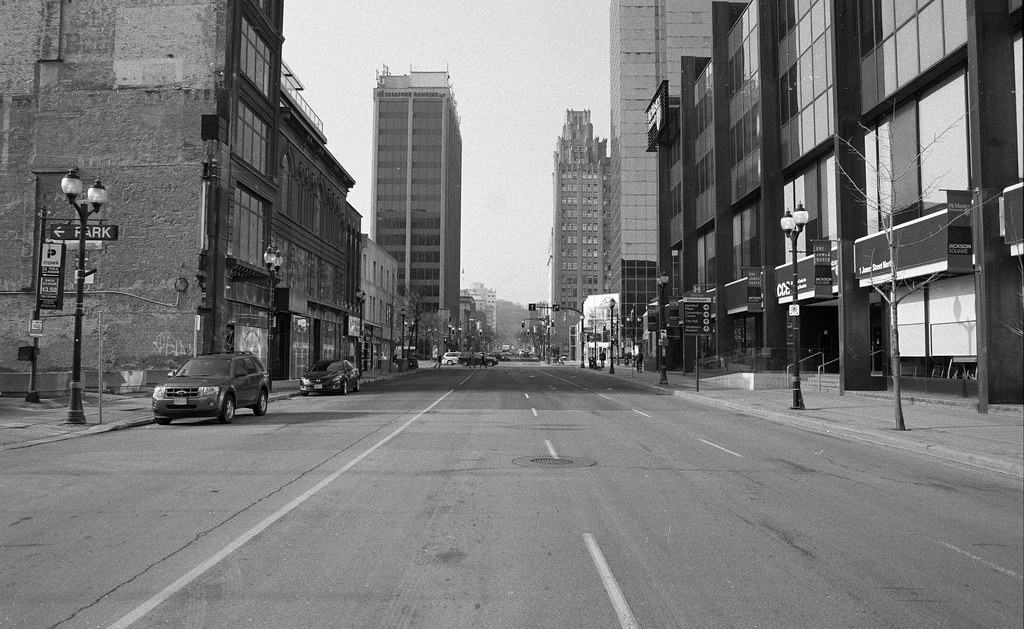 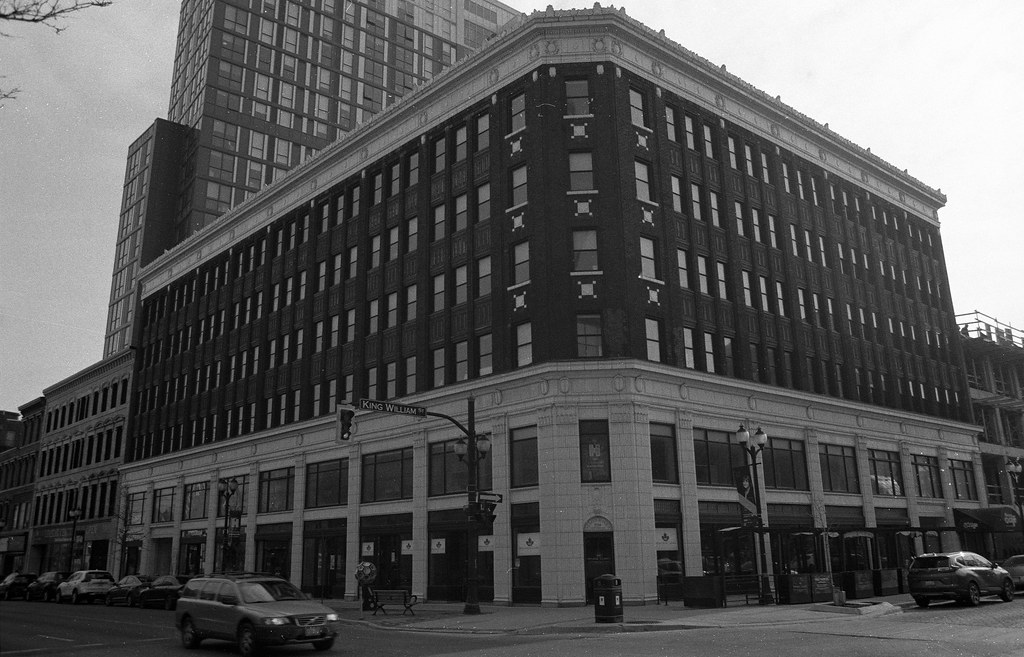 Impressions
The first thing you notice about the Maxxum 9 is the weight; this is not a lightweight camera. But don’t let the heft get you hung up, that’s the all metal construction and weatherproofing. Trust me; this camera can take anything you can throw at it and keep on ticking. The first time I had it in the field, it was pouring rain, and it never skipped a beat. Despite being a contemporary of the Nikon F5, the camera takes its design cues from the Nikon F4 with a squat low-profile prism rather than one that stands fairly high from the top panel. And the hand grips on the camera are perfectly molded, even without the optional grip I can easily hold just the body, though the grip does add a beautiful vertical release with the button angled just as on the body and about 3/4 up from the bottom allowing for the same easy balance in both landscape and portrait orientation. And speaking of balance the added weight helps with the overall balance of the camera with any lens, primes or the 35-70 or the 70-210 “beercan” everything is dead on. But let us get into the controls, again like the design the Maxxum 9 is all Nikon F4 with the major controls all in dial form with only a few settings being done through menus and buttons. Camera modes (P, A, S, M), Drive Mode, EV Compensation all easily accessed on the top panel and well laid out. The on/off switch is a nice feature although the off is relabeled as “Lock” additionally you can use smaller switches for the Eye-Start, which again you can turn off (thank goodness). There’s even a dial control of the focus mode and auto/manual focus toggle. There’s also an on/off switch on the vertical grip. The shutter buttons are a bit sensitive on the half-push, but in general, are pleasing and don’t take much pressure to trigger, and both the trip and the body have two command dials for adjusting the settings. Although the best control is the battery select control, now this is on the vertical grip which allows you to set which battery power to use, either the one in the camera or the ones in the grip. But I’ll get back to the batteries later. 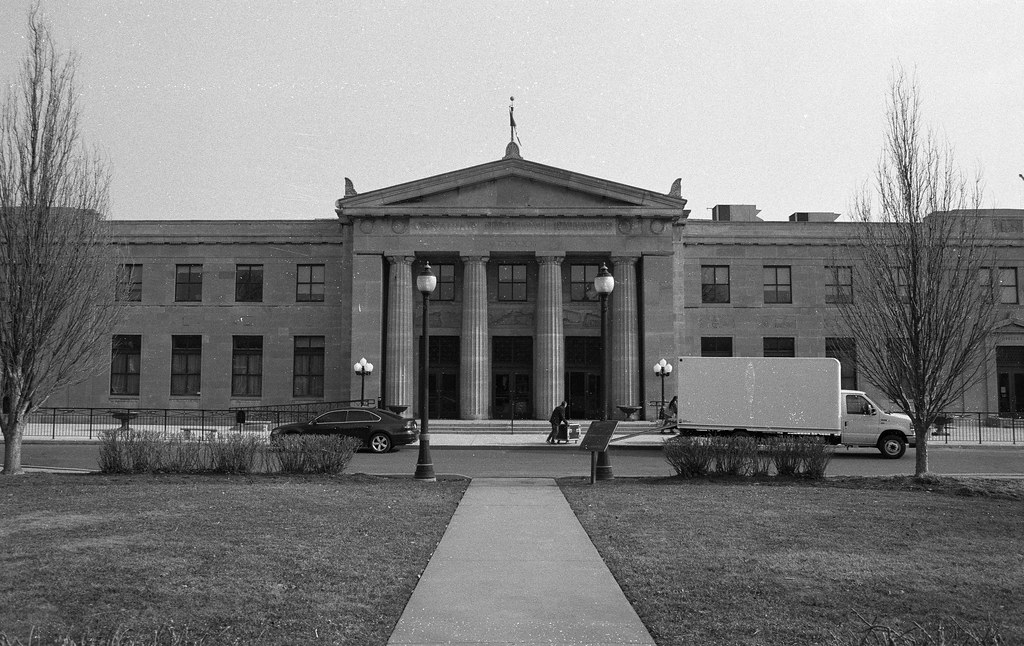 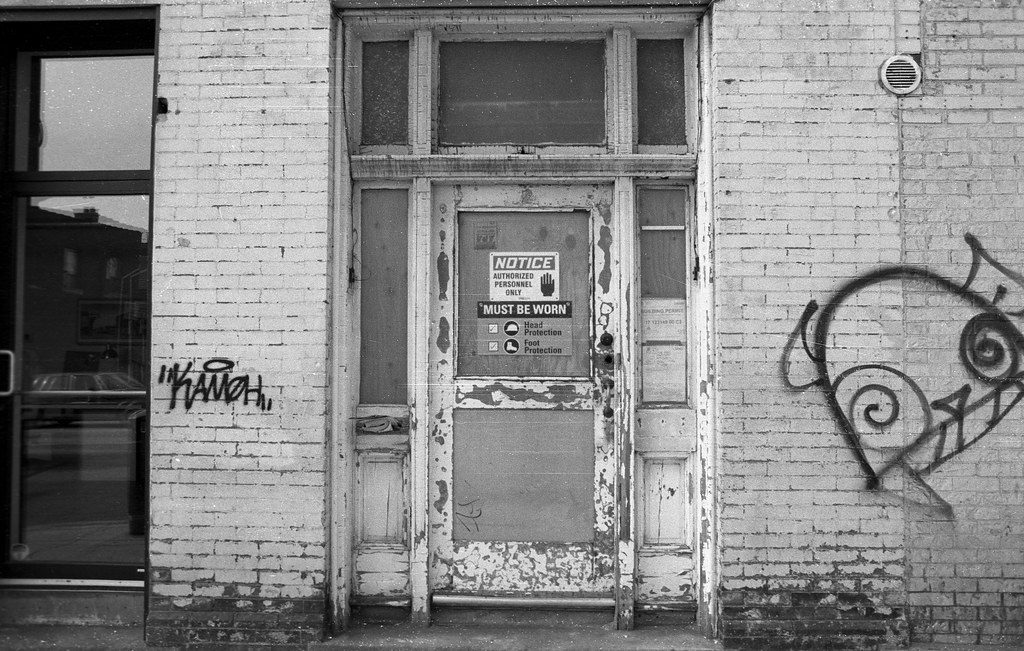 Experiences
The Maxxum 9 is a joy to use; it just is. The viewfinder is big and a bright 100% coverage with a clear and easy to read display. And while I mentioned it being heavy even with a stock factory strap, it did not weigh too much on my neck after a few hours in the field, and that’s dual wielding a Nikon F5 along with the Maxxum 9. Everything on the camera fits and sings right down to the sound of the shutter release and drive advance. The controls are well laid out, and despite having never used the Maxxum 600si on which they’re based, the camera controls were instantly familiar, probably because of my familiarity with the Nikon F4. And then the meter is dead on accurate in any mode, and there are three, the matrix, centre-weight, and spot each one is perfect, and it will pull out a proper exposure in any condition. The autofocus, even using older lenses is a little bit sluggish, but a whole lot faster than my 7000 (RIP). Now the one thing I do have a bit of a beef with is the menu button controls I had a bit of trouble getting the ISO manually set having the hold down the ISO button and keep the spring loaded door open; it took a couple tries to nail the film EI. I’m not looking forward to adjusting some of the customer settings, such as turning off automatic rewind and having the camera leave the tail out from the film canister. The latter being a feature I wish they had on the F5. 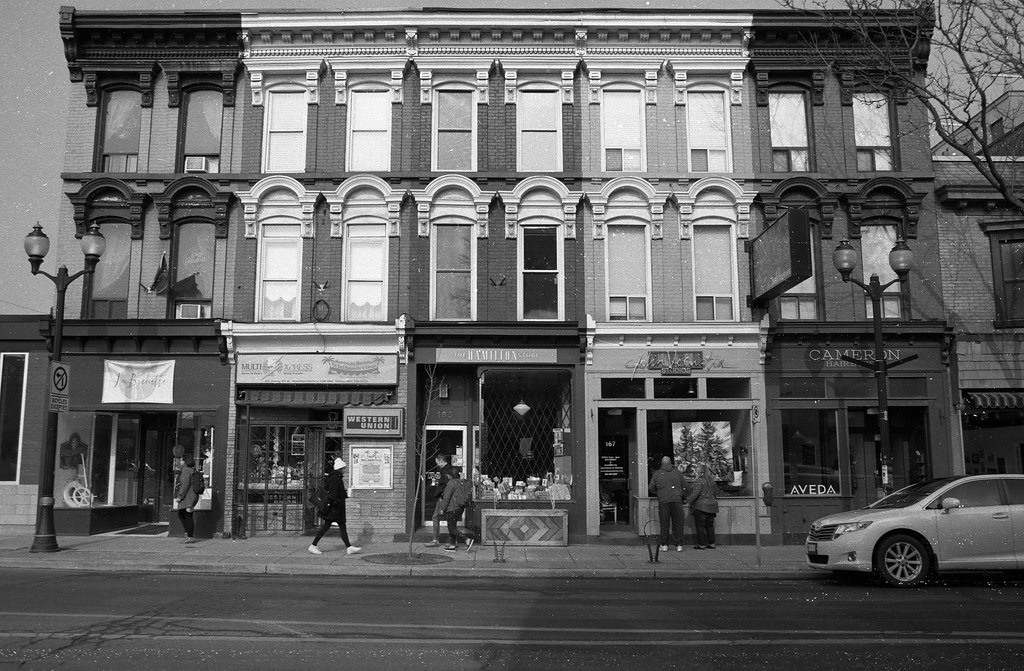 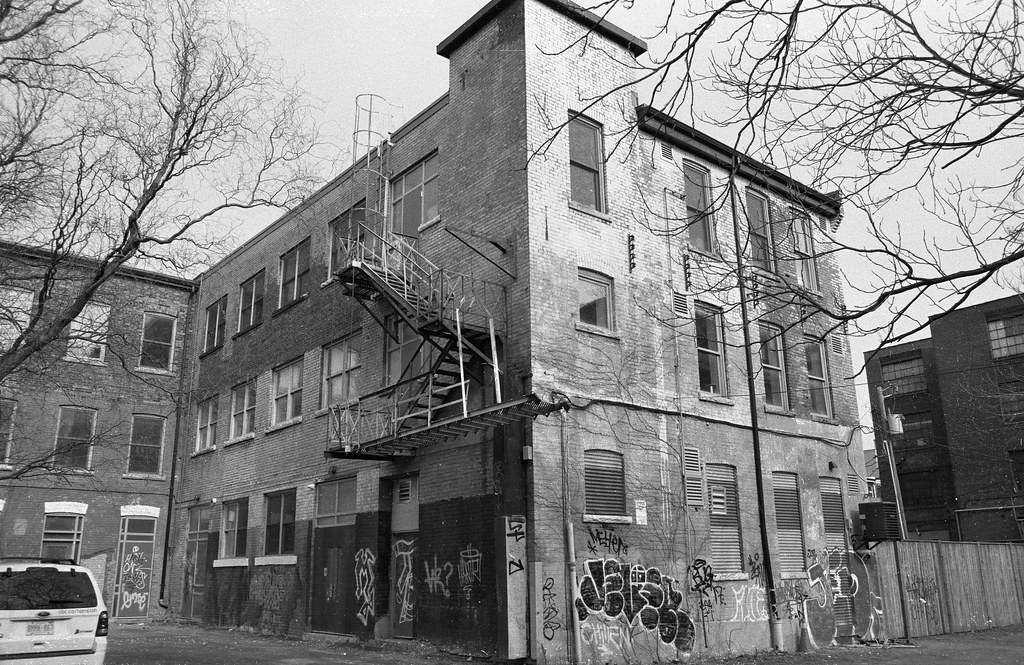 Optics
The Minolta (Sony) A-Mount is both a blessing and a curse. It’s a blessing because you can get a lot of rather nice glass for the camera in both prime and zoom lenses. And if you look in the right places the lenses won’t cost you an arm and a leg. The 35-70 f/4 and 70-210 f/4 are both amazing zoom lenses that won’t break the bank. Even the prime lenses are on the inexpensive side with a 50 f/1.7 running you under 100$ at the right place. And these lenses are right on par with the old manual focus Rokkor glass I enjoy with my XE-7 and XG-M bodies. You do have to watch out, the stock 9 does not have support for the modern SSM glass, but some 9’s have been upgraded with a new board to allow SSW support. I’m not sure if my example has such an upgrade, but I also have no SSM glass to try it out. If you do have a lot of SSM glass, then a Maxxum 7 might be a better option. The curse is that the modern Sony DSLRs use the same mount, so all your Minolta AF glass will work on the Sony DSLRs. That said while some lenses are harder to find on the used market, there’s still plenty of inexpensive options available. 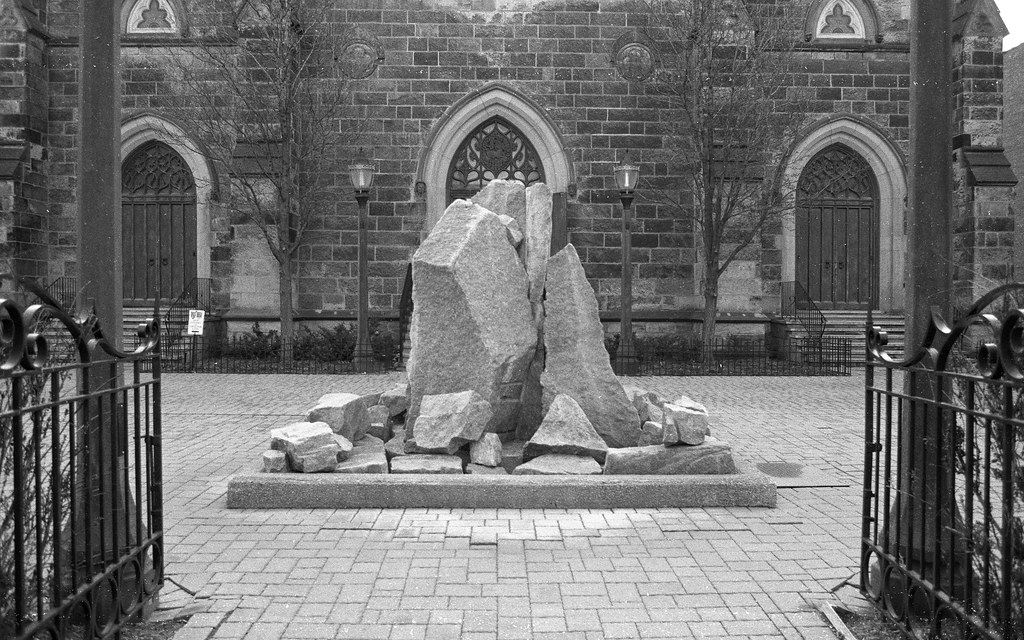 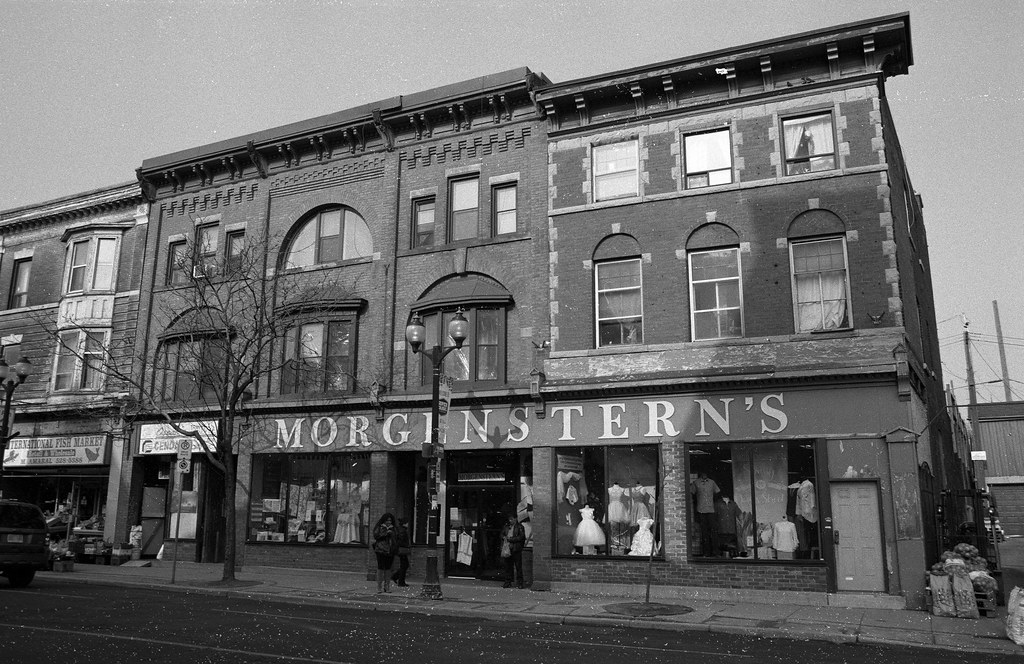 Lowdown
When it comes to 35mm SLRs the Maxxum 9 has it all, it honestly does. There are enough modern options to stand up to the F5 but enough manual option to make it a joy to operate and simple as well! And now probably the best feature of the camera is the power, you have three options. If you’re running with just the camera body, you are limited to a CR123 battery, which isn’t too expensive. But if you get the battery grip you have the options of using AA, CR2 or CR123, and there’s a switch to tell where to pull the power from the body, or the grip, with separate settings for CR2 or CR123a/AA. And if you’re running AA, it only takes four. Now the Maxxum 9 is not the cheapest camera on the used market, with eBay prices running from 300-500, which is on par with the Nikon F5. However, the updated variant, the Maxxum 9Ti, will run you a bit more 500+ if you can find one. Overall I’m rather pleased with the addition of the Maxxum 9 to my tool kit, and it certainly will be coming along on many more trips.