Originally designed for aerial surveillance in Eastern Europe, the Derev line of films is new to the North American market thanks to the Film Photography Project. I had the honour of beta testing the film for the FPP and found that Derev Pan 100 is an excellent film for outdoor shooting on bright sunny days. Sharp with a decent touch of grain and an amazing tonality you can clearly see why this film was selected for surveillance. And while on my initial test I only worked with HC-110, I looked forward to trying the film out in various developers! 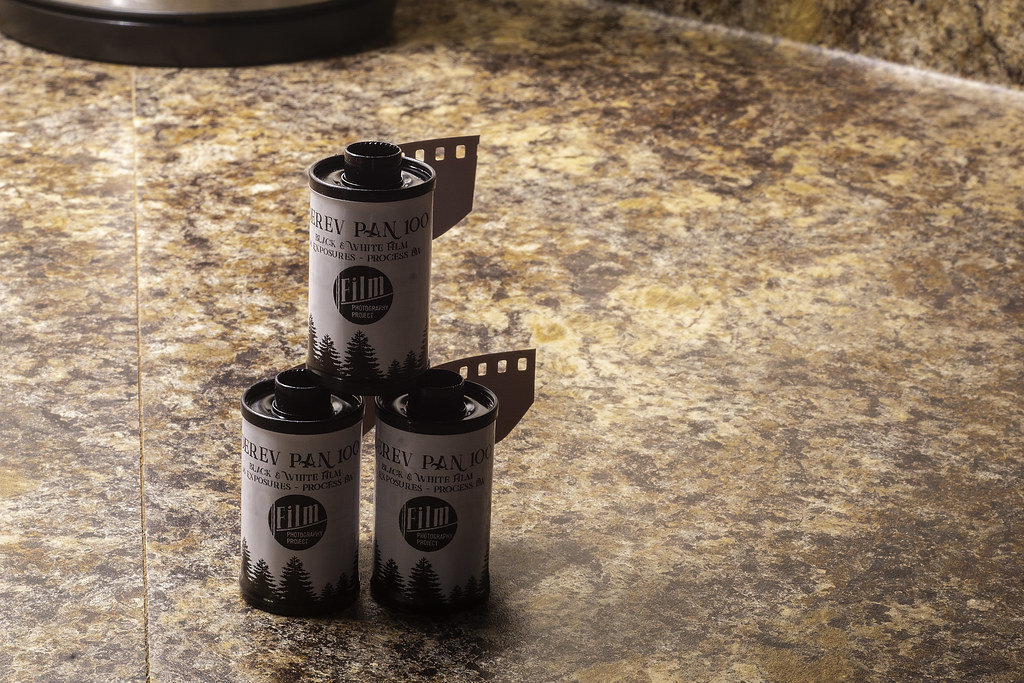 Roll 01 – Kodak D-76
The first thing you’ll probably notice is the grain, which is true there’s a lot of grain here, but the images are sharp! And while I already had an idea of the power of Pan 100, having worked with the stock in HC-110. That said, I’m a big fan of the film in D-76 and would love to see it in a 1+1 dilution. Yes, there’s plenty of grain but you have edge sharpness and some dimensionality. Not only that but there is decent contrast and tonal range, and while I was shooting in bright direct sunlight I should have used some sort of ND filter to tone things down. Certainly gives me a solid baseline!

Roll 02 – Kodak HC-110
My first experience with Derev Pan 100 was souping the film in HC-110, and that is why I specifically used Dilution H. The film produces beautiful tones across the board and good contrast to match with dark blacks and bright lights. Like before there’s plenty of grain, a little bit more than D-76 but you still have sharp images. Personally, I think that only low dilutions of HC-110 should be used with Pan 100, even dilution B might blow the contrast off the roof and loosing the beautiful tonality.

Roll 03 – Rodinal
Of the three Derev Pan flavours I did not expect this much grain with the slowest stock. That said I don’t find the grain distracting at all, I find it rather pleasing! But let’s get back to the that, first, off I rather like the tonality and contrast resulting from stand-developing, despite being medium you still have those beautiful whites and blacks which are helped along by the yellow filter. There’s almost a clean classic look about the images. Plus the film responds rather well to the contrast filter and gives a nice darkened sky. And then there’s sharpness, and while there is plenty of grain, that grain only adds to the sharpness of these images.

Final Thoughts
While not my favourite of the Derev lineup, the 100-Speed flavour is certainly not a bad film. Despite being on a polyester base it handles will in both loading into the camera and onto plastic Patterson spools. As a 100-Speed film it is also grainer than other emulsions I’ve tried, yet renders a wonderfully classic look. So while I probably won’t be using it for regular day-to-day shooting I might use it for historical reenactments and other such activities. The best place to purchase Derev Pan 100 is through the Film Photography Store!