If you think this Portra 800 is a new film, then you’d be wrong. There’s used to be a huge range of Portra films, but today there are only three films in the Portra range. Still, Portra 800 is overshadowed by Portra 160 and Portra 400. I mean, I had heard some talk about Portra 800, but always dismissed it as one of the older films and stuck with Portra 400 and pushing it to ASA-800 when I needed that extra boost. And I can honestly say I used to tell people to not bother with the film stock. But after shooting it, I’m glad I have another roll of the stuff because when shooting inside it is a stunning film, I have yet to shoot it outside, but do plan on it soon! 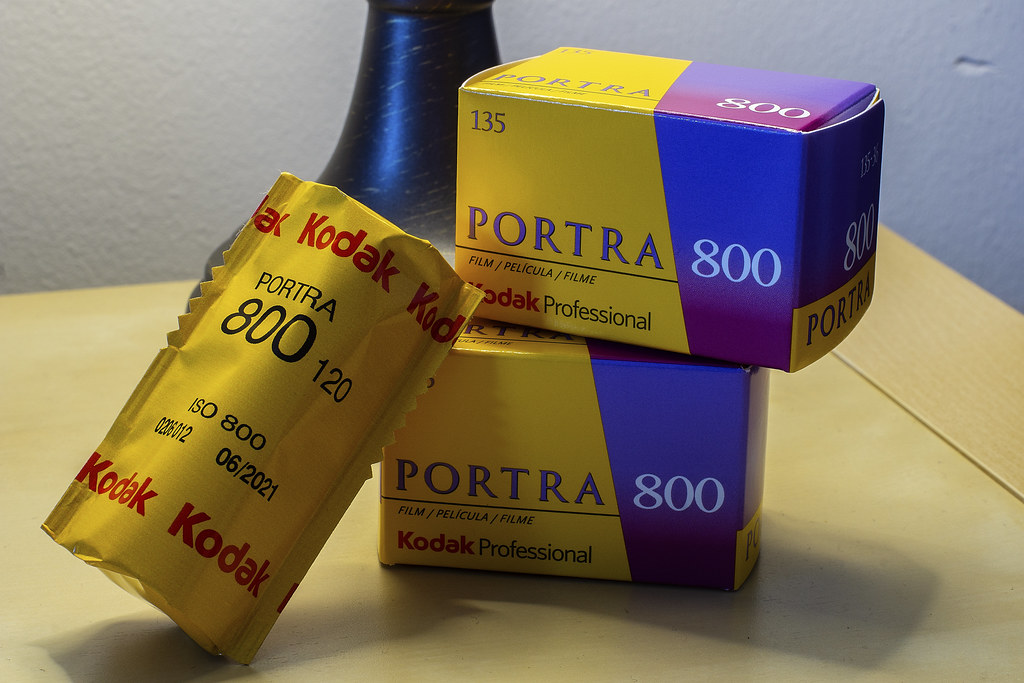 Colour Rendition
The first thing I noticed about Portra 800 is how well colours are rendered, especially inside. There’s a certain richness to the colours, almost warm, probably because I’m shooting daylight-balanced film under artificial light. And the browns are stunning, but so are the reds and yellows. There’s just something warm about the film, like a cosy blanket on a winter’s day. And after looking at some examples of the film shot under daylight conditions even there everything looks right. And just because the film is fast, doesn’t mean you have to wait for low light conditions, even in bright sunlight. It’s great for shooting zone focus or needing a fast shutter-speed at sports or even children.

Image Quality
Frankly, here’s where all Portra films shine, the image quality. What I found most surprising about the 800-speed flavour is how fine the grain is, I mean the grain is almost what I get out of Portra 400. Now I should be surprised at this, modern Kodak colour negative films are known for their fine-grain nature. And even there is little difference between the 35mm shots and the medium format shots for grain reproduction. And then there’s the sharpness, again Portra 800 is steller here also. And it doesn’t matter if you’re shooting in 35mm or medium format.

Scanning
In the past, I’ve had problems scanning films that are faster than ASA-800; they often get rather muddy and lose a lot during the digitisation process. That said, Portra 800 scanned like a dream. And again that should come as no surprise; this is a film designed for the modern era of hybrid workflows. Very little colour noise got introduced during the process and was easily eliminated during post-processing. The one thing I did struggle a bit with is colour cast, mostly because I shot the films indoors and in low light, but with a bit of work, I managed to fix the issues using just the tools available in Photoshop. In both cases, the scanner used was an Epson V700 with the stock Epson software that handled the inversion.

Overall Impression
For a film that I had never shot before doing a review on it, I’m rather impressed at how well it turned out and certainly made a believer out of me for the continued use of the film in any condition. I do still have one roll left which, hopefully by the time I’ve published this review, have shot, gotten processed and published online. And I do intend to shoot it outdoors during the day. If you’re a fan of the Portra line, I highly recommend using the film instead of pushing Portra 400, but that’s just my opinion on the matter. Until then, I do plan on shooting this film more when I have the strange urge to shoot film in colour.