Sometimes a camera breaks and we can’t get it fixed, but we don’t want to get rid of it either, so they just sit on our shelves looking pretty or in pieces. The gang also talks about getting your camera repaired.

Rest In Pieces
Those cameras that just sit on the shelf because we either can’t get them repaired, they’re too far gone, and we just can’t get rid of them.

David White Co. Stereo Realist
For John, now in glorious 3D, the Stereo Realist represented a unique piece of photographic history. The idea of 3D photography wasn’t new when the Stereo Realist saw initial production. But it certainly helped it take off through the mid-century. And the Realist certainly set the standard for that art deco look that many of the cameras showed off. But these are complex beasts and for John, it was a one-roll wonder. The biggest weakness in these cameras is the film advance which failed after that first roll. 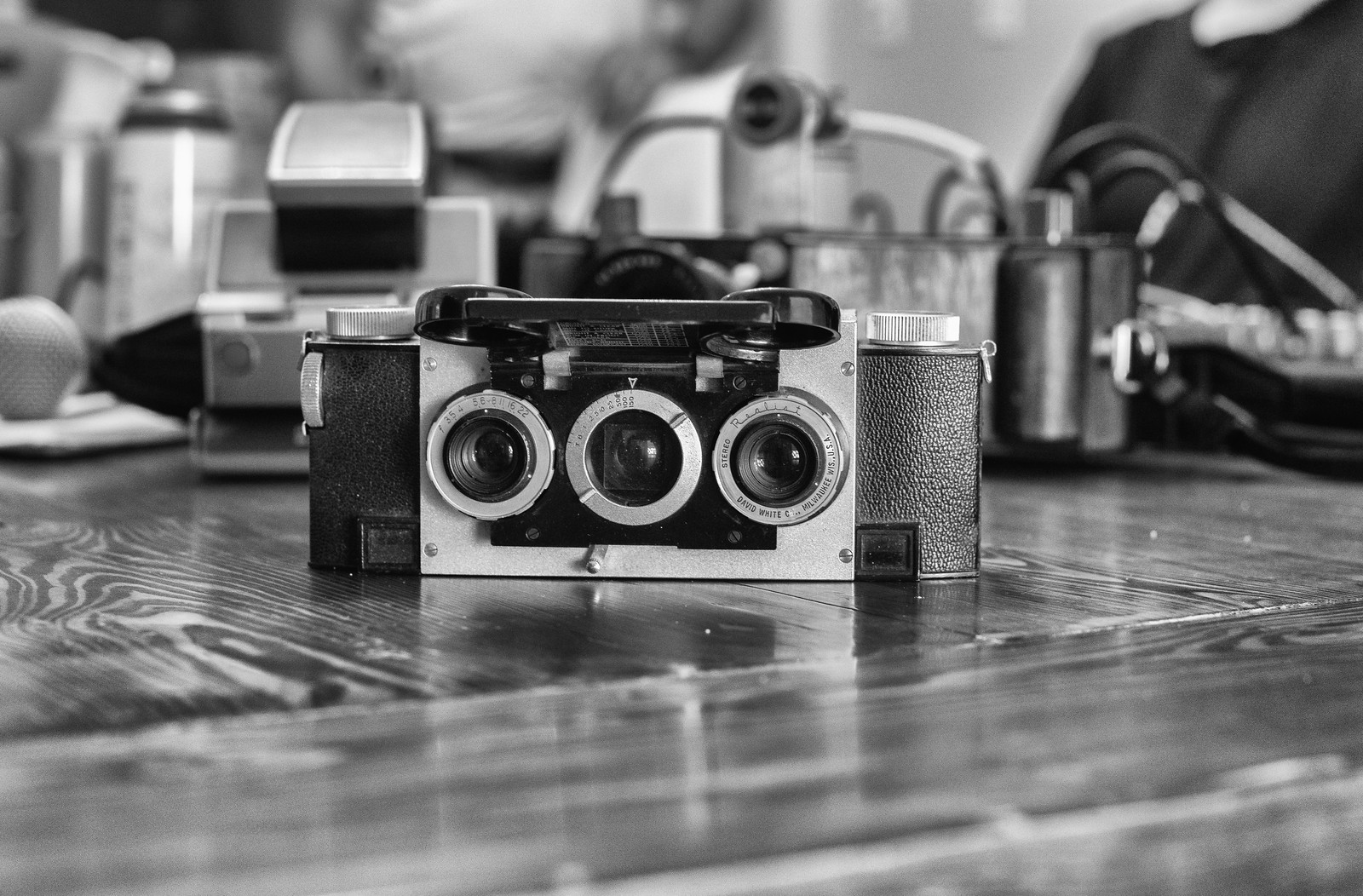 Polaroid SX-70
Before the real craze hit, Alex found this awesome camera for a fair price at a camera show, and that sent him down the rabbit hole that was the Impossible Project in those early days. And while the original SX-70 is an engineering marvel, they aren’t easily fixed and do have some problems. This one failed after only a few packs of film through the lens. And because of their iconic standing and now higher price tag, it lives on Alex’s top-shelf on display. 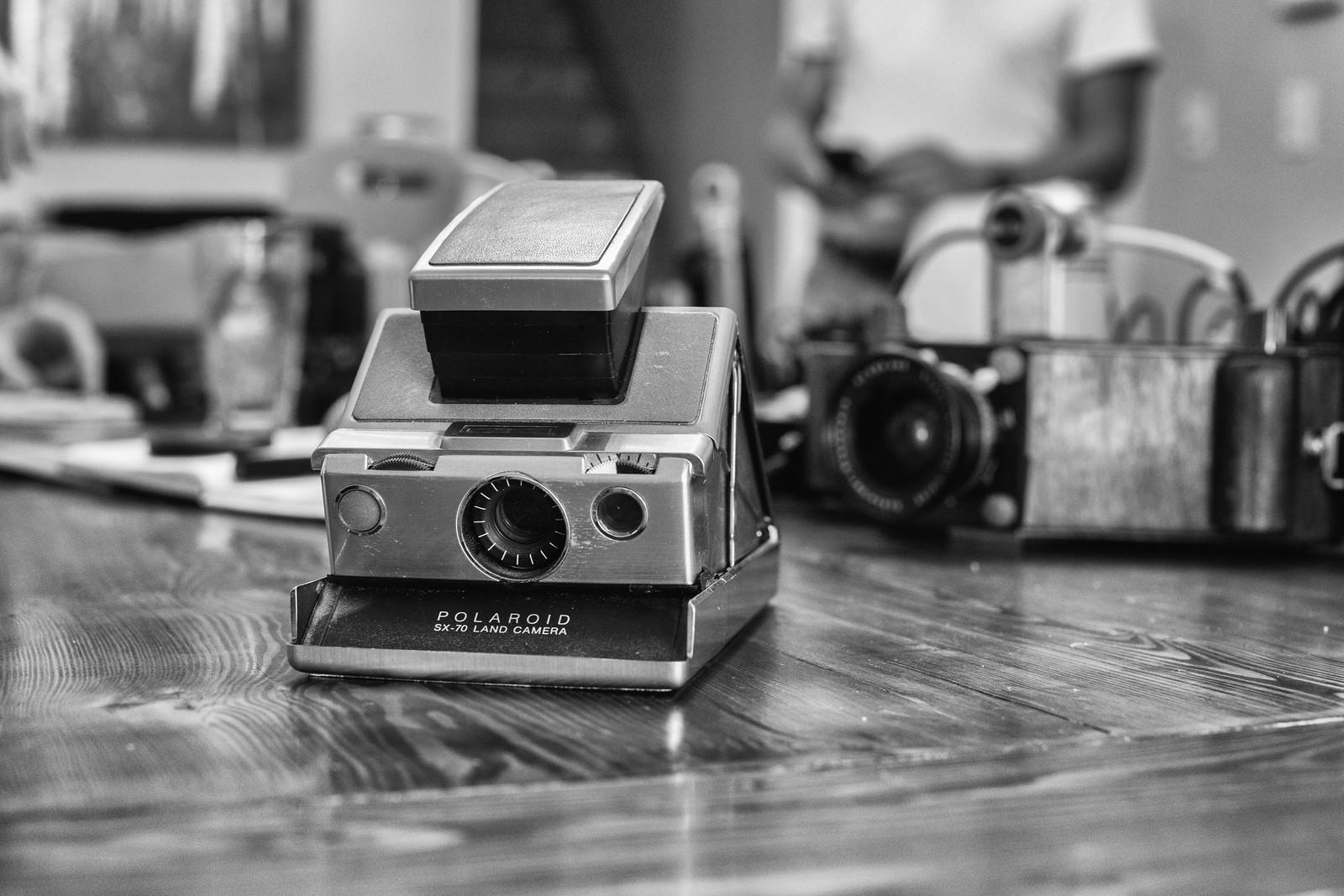 Voigtländer Vitomatic
Well if there’s a camera that matches the episode title it is these two Vitomatics from James. You see, these came to him in various states of functionality and he decided they’d be a good project camera. But the trouble is that during disassembly, no documentation was made. Thankfully, they ended up with Matt before the end of the episode who has plans for the various bits and pieces in his own projects. 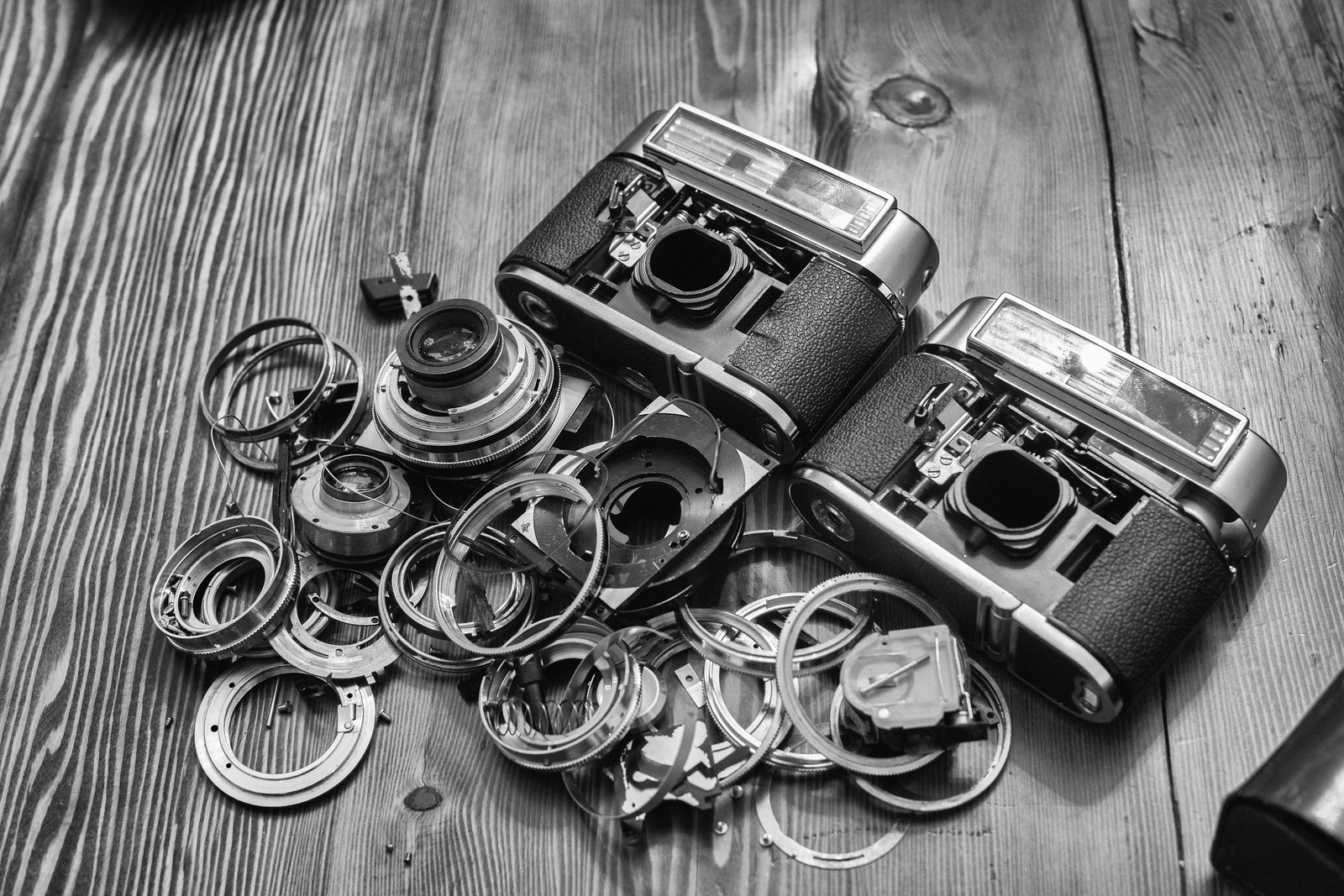 Zeiss Ikon Contax IIIa
There’s something about a mid-century rangefinder and the first great camera grudge match. That is the one between Zeiss Ikon and Leitz. Now there’s nothing wrong about the Contax IIIa, and in a couple of ways, they have better specs than contemporary Leicas. But these are over-engineered and the biggest weakness is in the shutter curtain. The roll-up metal curtain when it fails, it goes big time and these days there’s only a couple will dare attempt a repair. Bill’s suggestion, go with a Nikon. 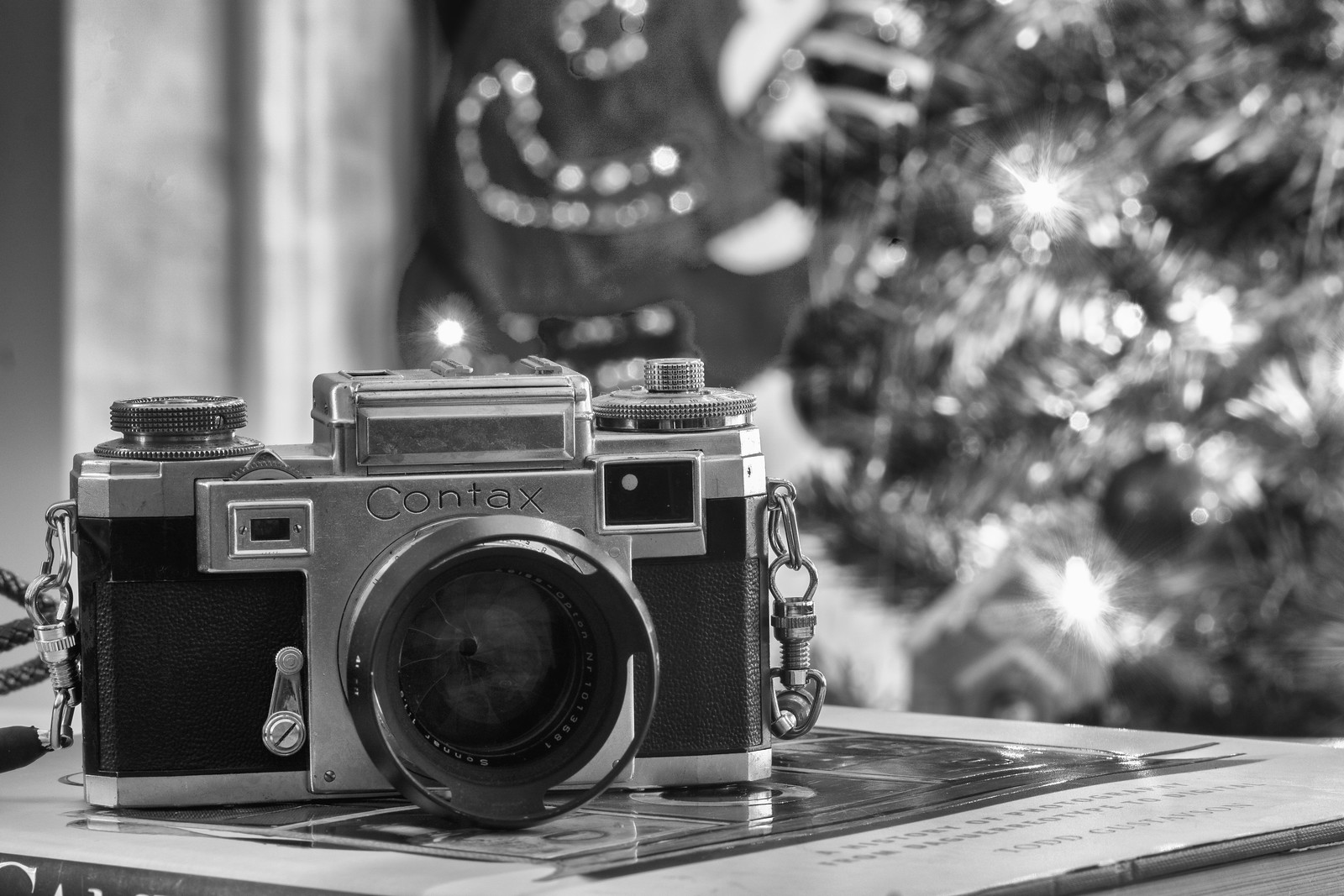 Zenit ET
Well, here we have in full view on what makes Soviet Cameras, Soviet Cameras. Matt got the camera new in box, but it never worked right out the box. The problem lay with the shutter and the rubber used. It broke down during its long trip out of the former Soviet bloc and into his hands. Of course, Matt tried to fix the beast but ended up using the camera for parts.

CLA What?
When it comes to getting your cameras repaired the biggest term that gets tossed around is CLA, short for Clean, Lube, Adjust. Sadly this is a catch-all phrase that is often not well-liked in the repair shop. It’s important that when you do send a camera out to a repair shop that like any other professional service, give them your symptoms, not solutions. And most importantly most western cameras are difficult to repair from home when in doubt send it out. And then trust your tech, they’re trained, passionate, and probably have a lot more knowledge than you.