While we are all unabashedly Nikon fans here at CCR, that doesn’t mean we don’t shoot other camera systems. And while we’ve done a bunch of deep dives on the Nikon F series, what about the other F? We’re of course talking about the Canon F-1, F-1n and New F-1 because all are different, two are close, one of a radically different name. So stay tuned and join, Bill, John, Ori, and Jess as they dig into Canon’s answer to the Nikon F!

Nikon changed the face of professional SLRs in 1959 with the release of the Nikon F, a true system camera. Canon had their own SLRs, the Canonflex that operated with the R-Mount lens, the first lens mount from Canon. The mount used a breach lock system and would set the standard. But Canon continued to produce their high-quality rangefinder, and Nikon took the lead in system cameras. But Canon watched, and began to make improvements, the R-Mount was superseded by the FL-Mount in 1964 and came with some improved SLRs. And when word of a new Nikon SLR came, Canon decided to not only build a competitor but a true rival to the F2.

The Canon F-1 and the Canon FD-Mount were released in early 1971. The FD-Mount would use the same breach lock system but have dual mechanical linkages to the camera body that would allow for semi-automatic exposure setting using one lug and pin to communicate the aperture setting and another to allow for the camera to control lens aperture. The F-1 would be designed to not only work perfectly with the FD lenses but also work with the older FL-Mount lenses at least stopped down for metering. The F-1 was designed from the ground up to work with a meter, and Canon would seat the CdS cell next to the focusing screen so that no matter what finder is placed on the camera it would have a meter. As for accessories, Canon would produce four finders, four focusing screens, four motor drives, three backs (one of which was a 250-shot magazine), and a pile of lenses. One of the unique finders is the Servo EE, which provided semi-automatic shutter priority exposure functionality.

In 1976, Canon began to produce an updated model, the F-1n. The same year marked the release of the FDn update to the lens mount, which replaced the breech locking ring with a simple release button. In total thirteen changes were made on the F-1n. The film advance now featured a plastic tip and the offset increased to 30° and the stroke decreased to 139°. The meter sensitivity was increased to ASA-3200. The mirror was changed out to allow for more transmission of blue light resulting in a brighter viewfinder. The standard focusing screen changed from a Type A to a Type E, and an additional five screens were released. Canon would produce two special editions of the F-1n, a military version done in an Olive drab finish known as the Canon ODF-1 and in 1980 for the Lake Placid Olympics. Production of the F-1 showed that Canon could produce a strong system camera but through the 1970s the inclusion of electronics in cameras resulting in the popular A-Series.

The A-Series, with the AE-1 and A-1 in the middle of the decade saw the implementation of electronics and IC chips that created cameras that had some level of automation and auto-exposure. When Nikon released the F3, Canon had their answer ready in the New F-1. And yes, even though the New F-1 was a whole new camera, the name didn’t change. The New F-1 took all the good parts of the mechanical nature of the F-1(n) and combined it with the best features of the electronic A-Series to come up with a hybrid camera, electro-mechanical. Not only did they use the latest in Microchip technology, but they also leveraged new materials coming onto the market.

The F-1N took the idea of a system camera beyond what Nikon originally had. The body is more than just a place to mount the lens and load the film. It would become the command centre of the whole system. You could choose five different finders, a 100-shot magazine, an AE motor drive, databacks, and more. The idea was that you could customise and use all the best features. The New F-1 had only a single special edition for the 1984 Los Angles Olympics. While we’re unsure when production ceased on the F-1N, it is rumoured that it continued into 1992, even after the introduction of the EOS system in 1987. Official discontinuation happened in 1994 with factory support ending in 2004. 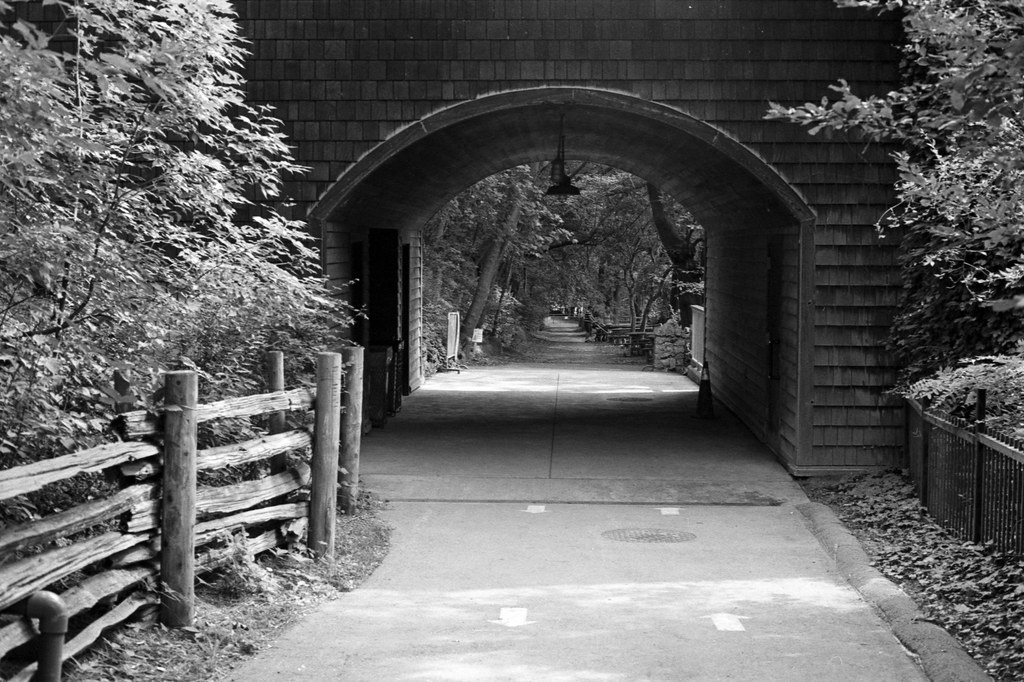 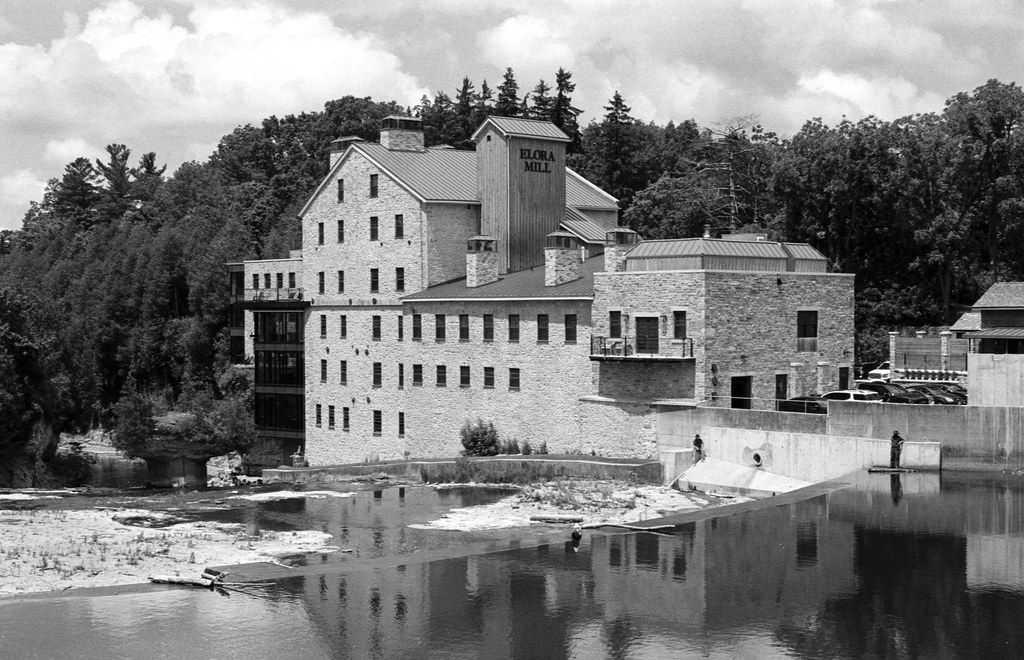 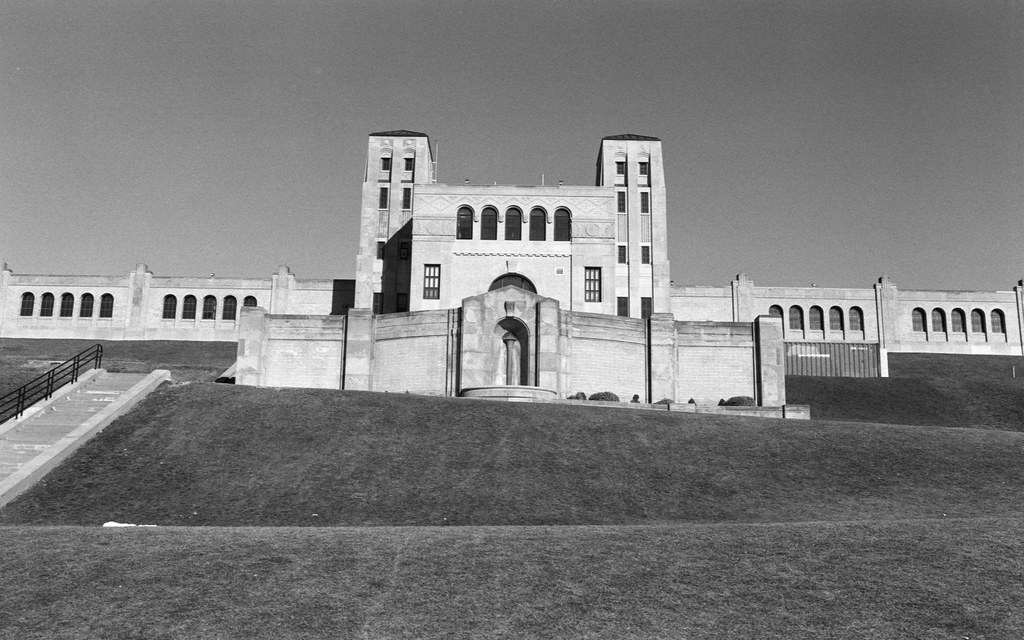 Want a subscription to SilverGrain Classics and are a fan of Classic Camera Revival? Visit their shop online and buy a magazine or a subscription? Looking for a good spot to get your gear and material fix check out Burlington Camera (Burlington, ON), Downtown Camera (Toronto, ON), Film Plus (Toronto, ON), Belle Arte Camera (Hamilton, ON), Pond’s FotoSource (Guleph, ON), Foto Art Camera (Owen Sound, ON). Out West there’s Kerrisdale Cameras (BC), The Camera Store (Calgary, AB) and Beau Photo Supply (Vancouver, BC). Additionally you can order online at Argentix (Quebec), buyfilm.ca (Ontario), the Film Photography Project or Freestyle Photographic. Looking for development options, check out these labs that have our support, Boréalis Photo Lab, Old School Photo Lab, The Darkroom, and Film Rescue International.