I remember not being overly excited about Rollei Paul & Reinhold when it was first announced in September of 2020. I mean, yes, it is great to see a special edition film released to celebrate the 100th Anniversary of a premier and historic camera maker (Franke & Heidecke later Rollei). There was little data on the film at the time, and there are still many gaps. Given that the actual film stock is unknown, it’s either a limited edition run (made in Italy, not Belgium) or a found stock that has been rebranded. Either way, Rollei has been tight-lipped about the film’s source. Given that there are limited times provided by the official datasheets that I had to go and calculate out my own times for Ilfotec HC/HC-110 and Adox FX-39 II. 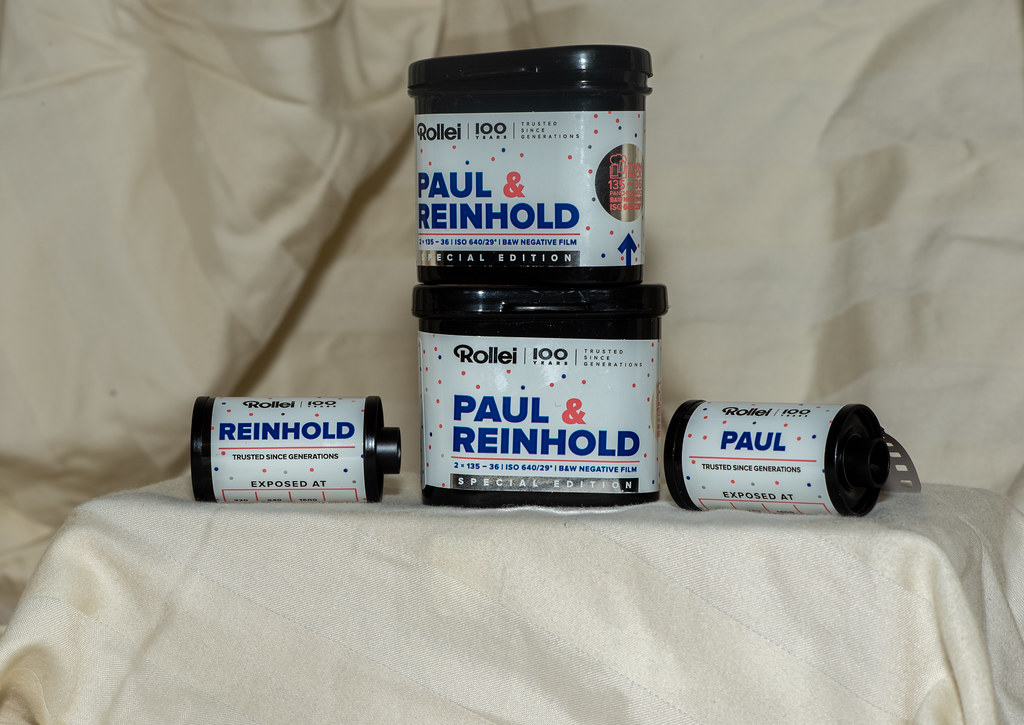 Roll 01 – Rollei Supergrain
My gut was telling me that I would end up with some grainy mush, not that I see that as a bad thing, but I wasn’t expecting much from the film. Of course, as soon as I pulled the negatives out of the tank, my mind changed instantly. The density of the negatives was perfect, the film base proved clear with the Rollei and Paul & Reinhold/640 clearly marked on the rebate. But then scanning came treat number two. There’s a reason that Rollei recommended their Supergrain developer because I ended up with a rich contrast that delivered excellent tonal separation. While there is grain, but it helps add edge sharpness, and the film is nice and sharp. As an introduction to the film, I am certainly impressed.

Roll 02 – Kodak D-76
I have mixed reactions to these images. My initial plan had been to develop these using a 1+1 time which might have helped reduce the prevalence of grain but probably would have dropped the contrast, whereas I did notice a certain drop in contrast even with stock but an uptick in visible grain. Yeah, mixed reaction. I’m not saying that these are bad nor is the combination bad, it certainly is what I initially expected from Paul & Reinhold, lower contrast and a bit more grain. The grain is a bit mushy, but you do have decent edge sharpness but you do lose that tonal separation, even with a yellow filter added in, maybe adding a deeper yellow filter will help out. While not a recommended developer in my case, but it will work in a pinch.

Roll 03 – Adox Rodinal
Alright, so there is an official Rodinal time for Paul & Reinhold, and I nearly did use the listed time, but I wanted to see how well the film performed when developed using the stand method. When developed normally in Rodinal the film is excellent and I was drawn in by some examples shared by fellow photographer Ori. But I made the choice after seeing the results I got out of D-76 being a little too grainy from what I saw earlier. The results were awesome, I went with a 1+100 dilution and had two slow inversions at the 30-minute mark. While there is still grain it’s far more reduced than what I saw with D-76. But the grain helps build up that edge sharpness which combined with the tonal separation adds to the film’s overall sharpness. There’s a good contrast, nothing too harsh or soft a nice middle ground. While worth the effort and time taken for the results.

Roll 04 – Adox FX-39 II
In full disclosure, there are no official published times for Paul & Reinhold and Adox FX-39 II, but have decided to do one roll as stand developed I didn’t want to include two going with HC-110 Dil. J. This means I needed to backwards engineer a time as I didn’t have any other official listed chemistry. I went back through my records and found a film with a close box speed and the same D-76 stock dilution times. I landed on Bergger Pancro 400, which is decently close to the ASA-640 of Paul & Reinhold. From there I looked up FX-39 times, which I had felt would be a good fit for the film, landing on a longer more dilute time, I calculated back to a 1+9 dilution time. I ended up shooting two rolls the first at the box speed of ASA-640 and the second at ASA-320. The results are both excellent, at ASA-640, the negatives were thin but after scanning and some work in Photoshop they turned out better. The images were sharp, with a bit of grain, but I’ve come to expect that with this film, deep tones and excellent contrast. The second roll I pulled in development to account for the overexposure and the results were even better, with good density on the negatives that scanned well and needed little in the way of adjustment. There is some reduction in grain but no loss of sharpness, the contrast has also been reduced but nothing that takes away from the images themselves.

Final Thoughts
Despite all my searching online, I haven’t found any real clue onto the original source of this film, some point to a re-release of Agfa Isopan or Tasma T42, or a found roll of older film that’s been over-exposed. How much was made or if it will continue to be made is unknown, so if you want to try it, now is the time as some stores still have it in stock but that stock may be limited? Overall I’m rather happy with the results and the film, the one thing that I wish they had were HC-110 times, but I managed to pick up another pair of rolls to see what I can figure out, thankfully working with FX-39 II on Bergger Pancro 400 times gives me an educated guess! And it actually worked and the images developed in Ilfotec HC turned out amazing, and probably are my favourite from the film.