If you’ve used any of the modern Bronica cameras, you’ve mostly used them all. And that is the beauty of them because of they all act, behave and feel the same in both operation and general, cosmetic details. The only difference is the size of the negative. And while I’ve reviewed the smaller of the three, the ETRS earlier this year, I now switch up to the largest of the three the GS-1. As I’ve mentioned before, I’m not a fan of Bronica cameras, but I like the GS-1 and would easily rate it higher than the Mamiya as it stands up easier on field work when comparing similar bodies, the Pentax 67 out strips both for ease of use in the field. Sadly the camera is a rare beast to find these days even on the used market, but if you can find a full setup, you have a keeper. Special thanks to Mike Bitaxi for loaning out the beast. 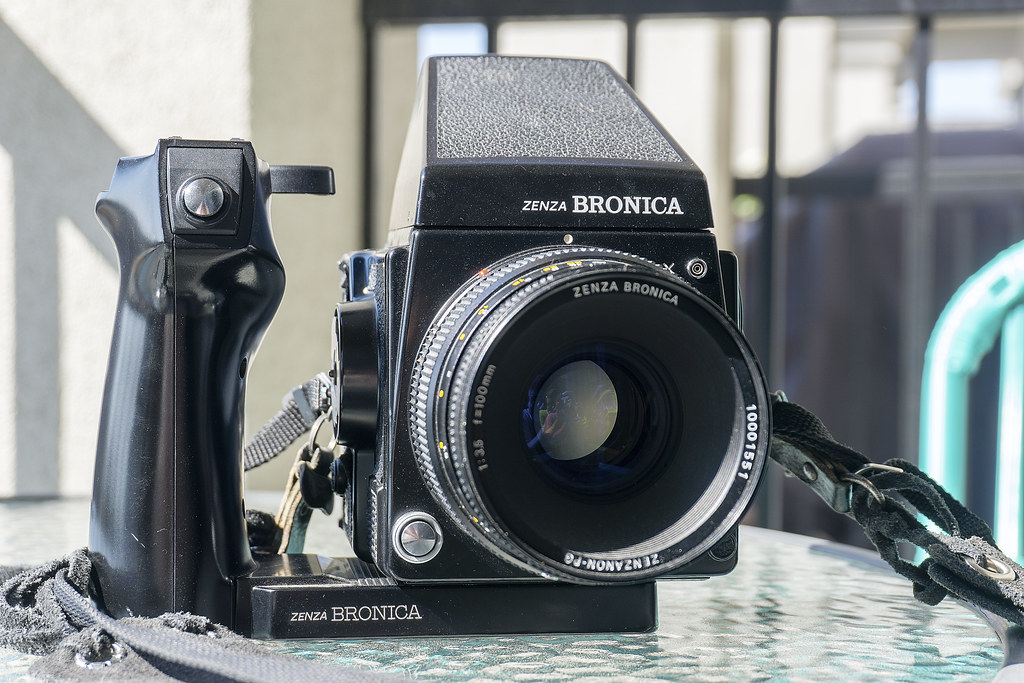 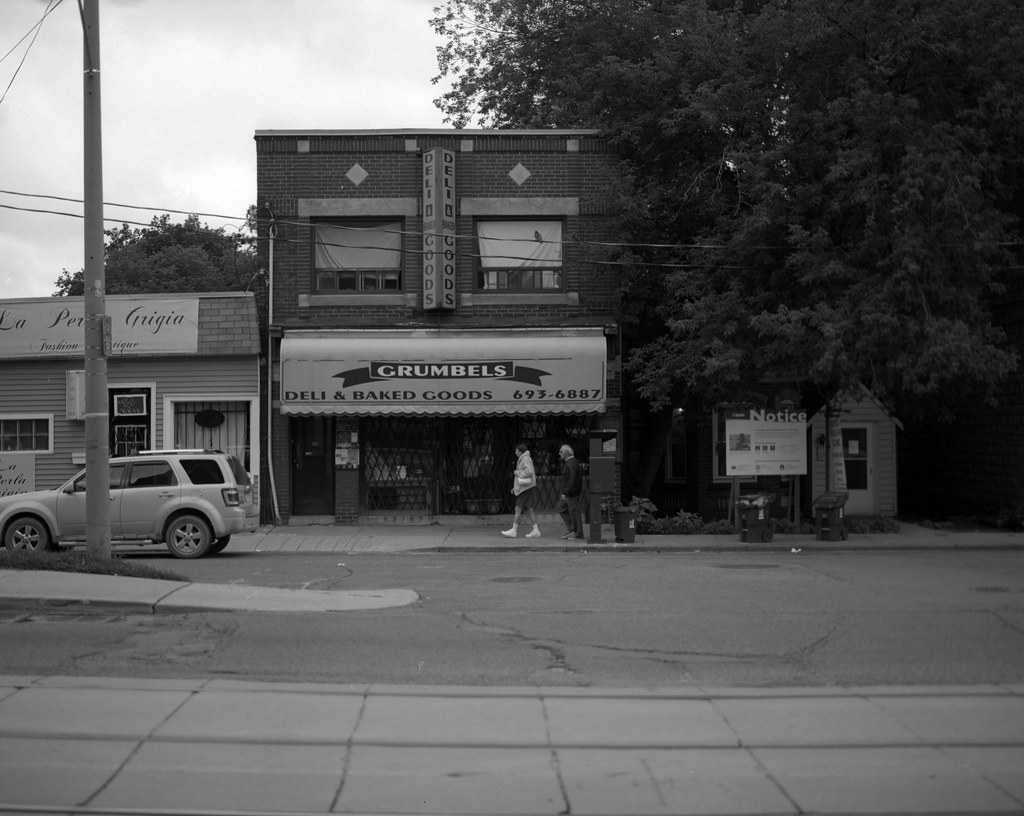 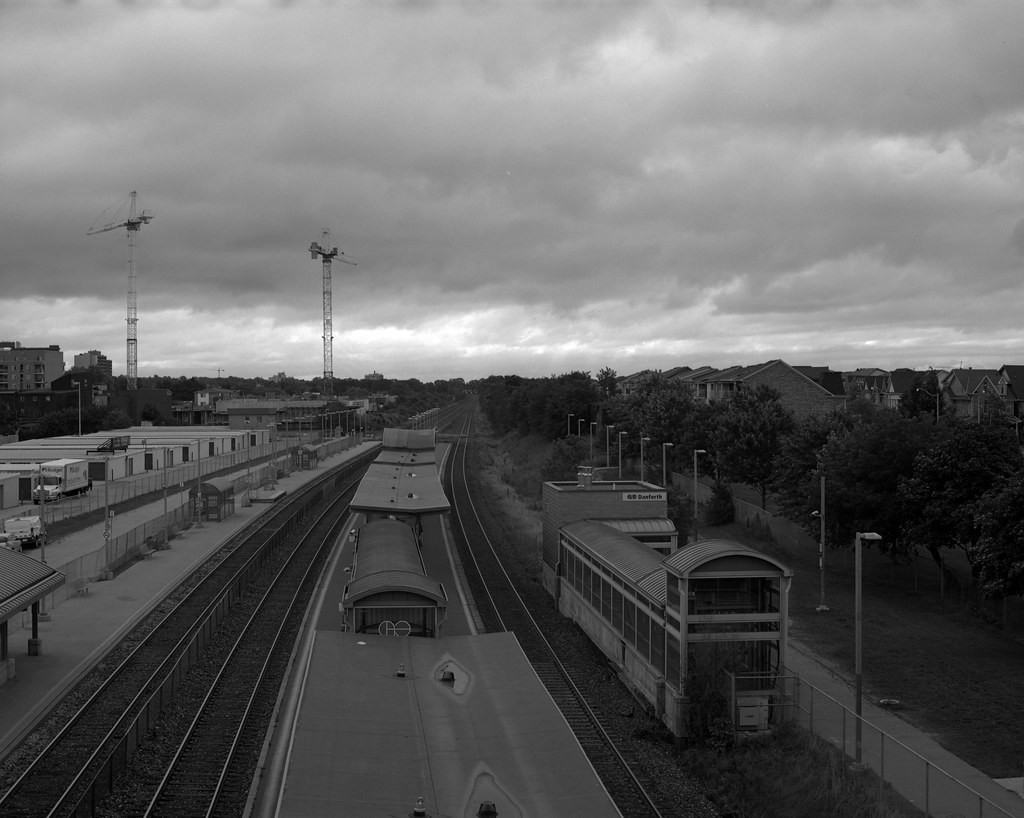 The Good
Despite being a 6×7 camera the GS-1 if properly equipped with a good neck strap and action grip is designed for use in the field, when compared to a camera like the RB/RZ67, even with a waist level finder the action grip makes the camera easy to use. While this is no Mamiya 7 or Pentax 67 I found that even the weight is acceptable for walking around. However, it might be an easier camera to operate in a studio. If you’ve used other Bronica cameras of the same period you’ll instantly know how to operate the GS-1 with all the same controls; even the accessories mount in the same fashion as the smaller cameras. And the camera is designed for speed, a familiar crank or double-stroke will advance the film and cock the shutter, and return the mirror. The GS-1 is also a fully modular system so you can customise it to however you need it from finders, backs, grips, and lenses. It also impressed me how quiet it was, of its size and weight I expected a mirror slap that would wake the dead and rattle even the steadiest photographer at 1/60 of a second. And finally, having the large 6×7 negative makes the camera ideal for wedding, travel, landscape, and other situations where the print is king, and you don’t want to lug along a 4×5 large format camera. But my favourite part, the camera has a functioning built in, on/off switch, helps to save that battery, and that battery is pretty standard and can easily be purchased online or at a camera/electronics shop. 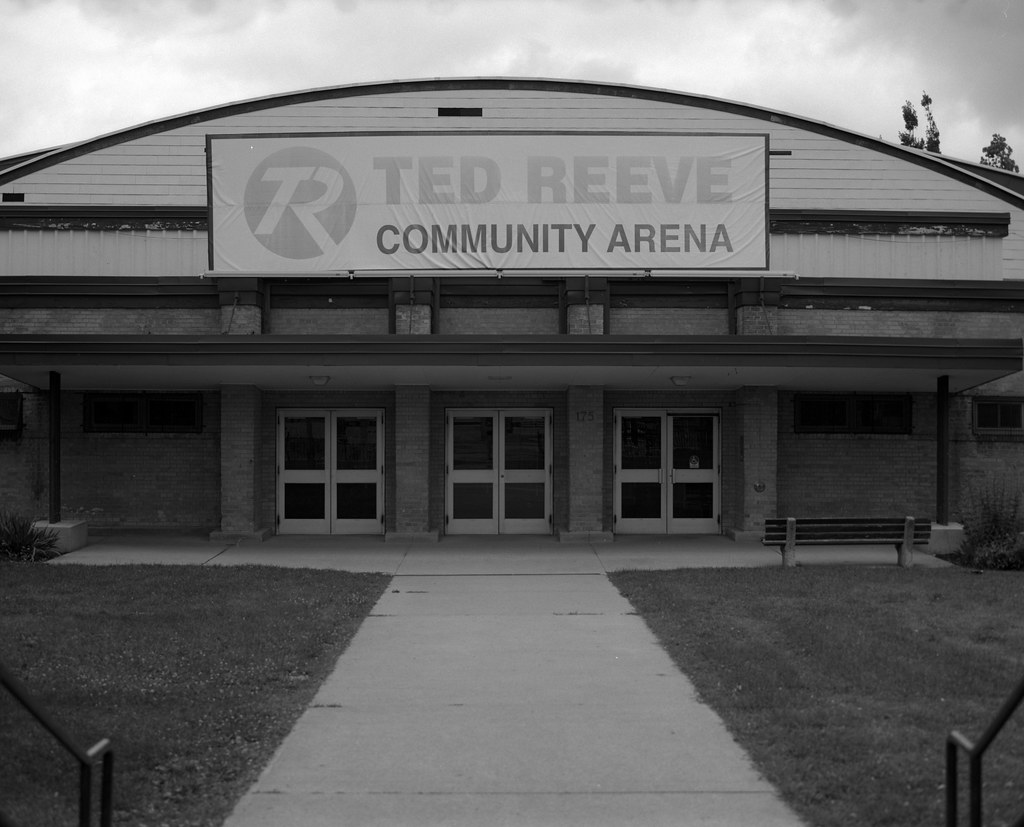 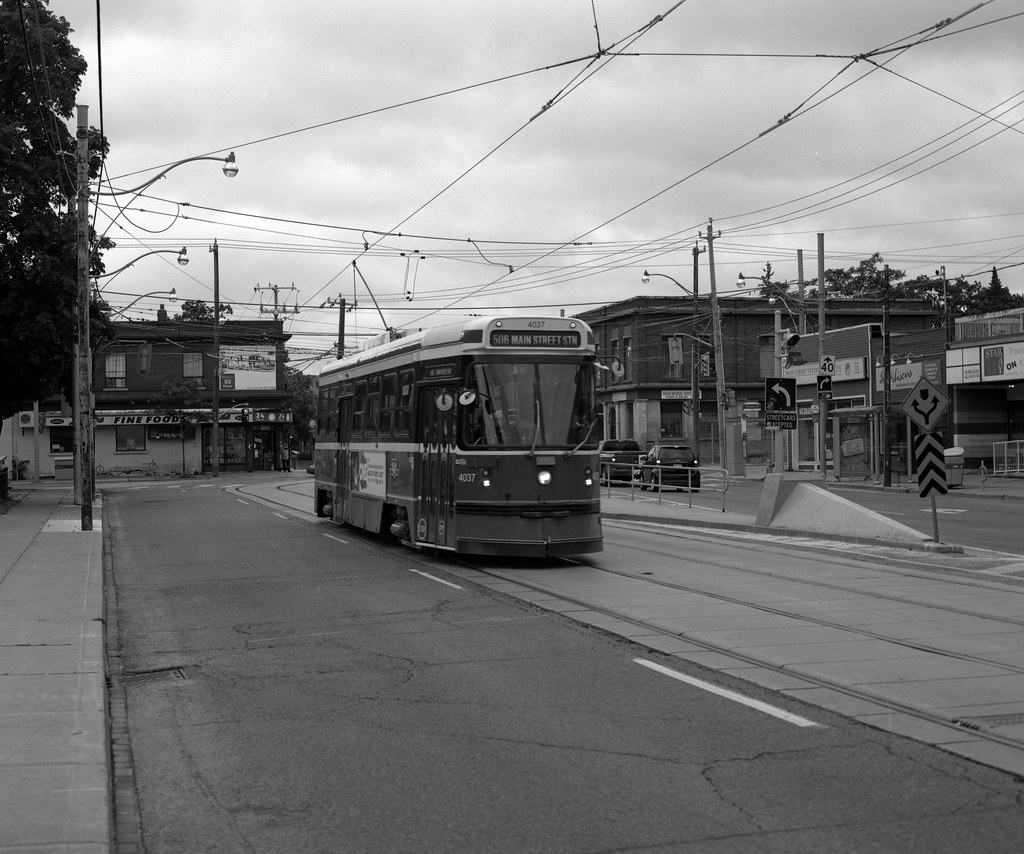 The Bad
The camera does have the trouble with weight, while less than an RB/RZ, and with a good strap it is not much of an issue, but if you have back troubles this might not want to be a camera of choice. Now I’ve handled cameras with hair triggers before, the Olympus XA comes to mind, and so does the GS-1. I had barely laid my finger on the action grip shutter release and bam; I had taken the shot. I was just glad I hadn’t changed the frame composition. Then when it comes to changing the camera to portrait orentation, you have to hall the whole thing 90 degrees, with the action grip and eye-level finder it’s not too bad, but if you have the waist-level finder, good luck buttercup. However, the biggest trouble with this camera is the rarity of it. I had not even heard of the system until Mike first mentioned he was collecting the parts to make one up. And I find that odd given the near twenty-year life of the GS-1. So why is this a bad thing, well the trouble is that if something breaks or goes wrong, it makes it hard to find replacement parts or accessories and being an electronic camera from the 1980s something will break eventually? And given this rarity and lack of gear on the used market, anything you do find will be relatively costly. 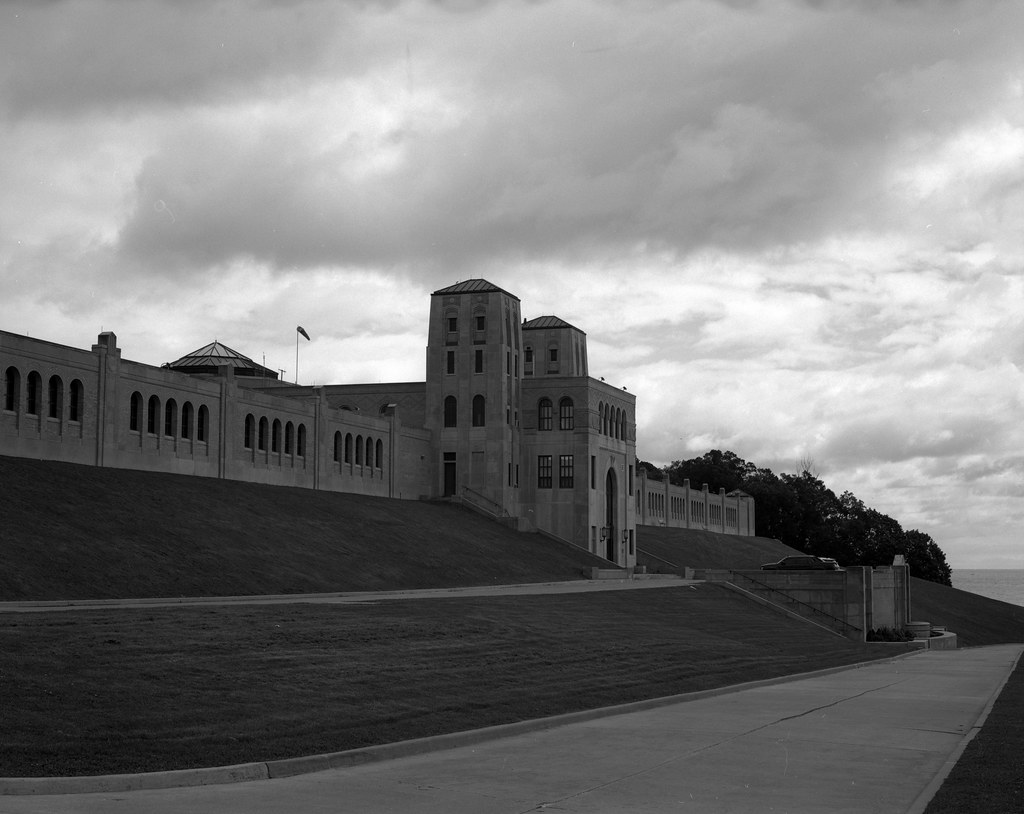 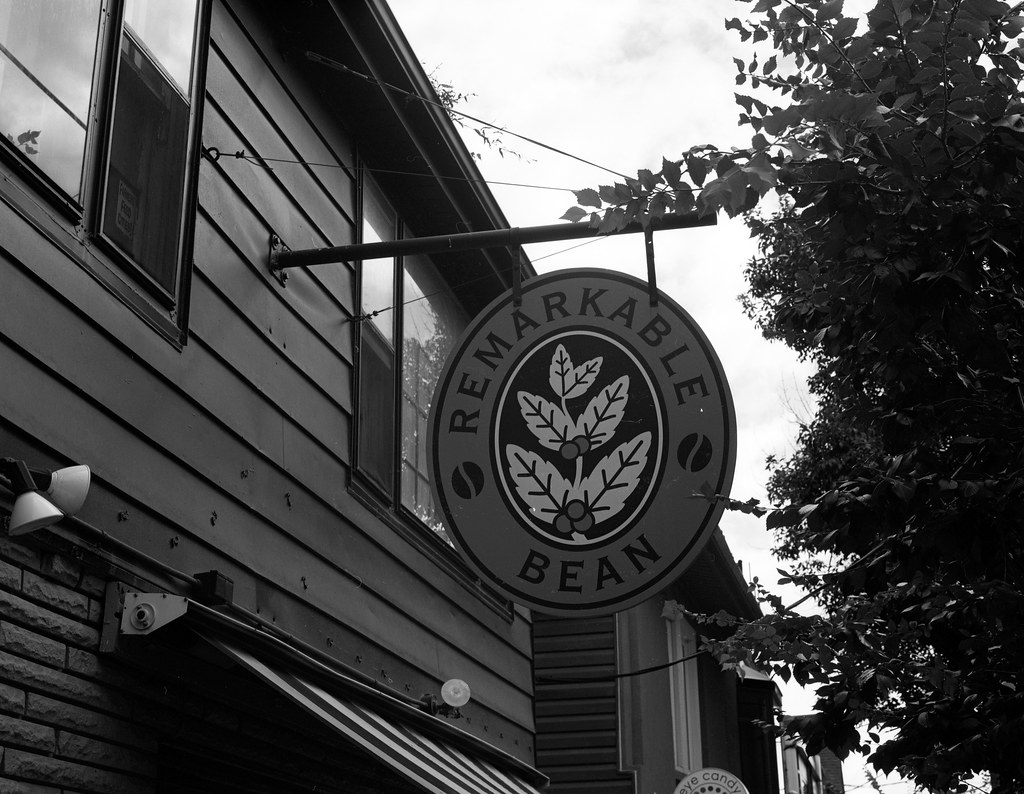 The Lowdown
Like any other 6×7 camera I’ve reviewed, the GS-1 is certainly a winner, but as a 4×5 shooter, it just doesn’t fill a need in my toolkit. Also, two frames into my second roll, it stopped working for me, it must know of my loathing of Bronicas. When it went back to its owner, Mike, started working again. If I ever stopped shooting the 4×5 format, I would probably go for a 6×7 camera, but given the rarity and cost attached to a GS-1 and my general distrust of Bronica cameras, my two 6×7 cameras of choice would be a Pentax 67 or Mamiya 7. While I would hazzard reccomending the GS-1, it’s not a bad camera, it’s just there are better options for 6×7 shooting out there. Heck, I’d even run with an RB/RZ67 over a GS-1. Worth the massive back damage if it provides a little more reliablity.