When it comes to folding cameras, not all cameras are created equal. Many are simply box cameras dressed up with some bellows, while others have full on rangefinders and exposure control. While the Voigtländer Bessa is not top dog, it certainly is a little more usable than a simple box. The Bessa is a step up from a simple box but lacks a rangefinder to couple the manual focus. Couple this with a solid lens, with a full range of aperture and shutter speeds, makes this a solid choice if you’re looking for a folder. The Bessa is a long line of folding cameras that began in 1929 and lasted until 1949 with several changes over the course of product manufacture. This particular model dates between 1935 and 1937. It came into my collection through my Uncle Harvey, brother-in-law to my mother, it belonged to his father who used it well into the 1950s before switching to motion picture film to capture family memories. Special thanks to Uncle Harvey for trusting me with a family camera. 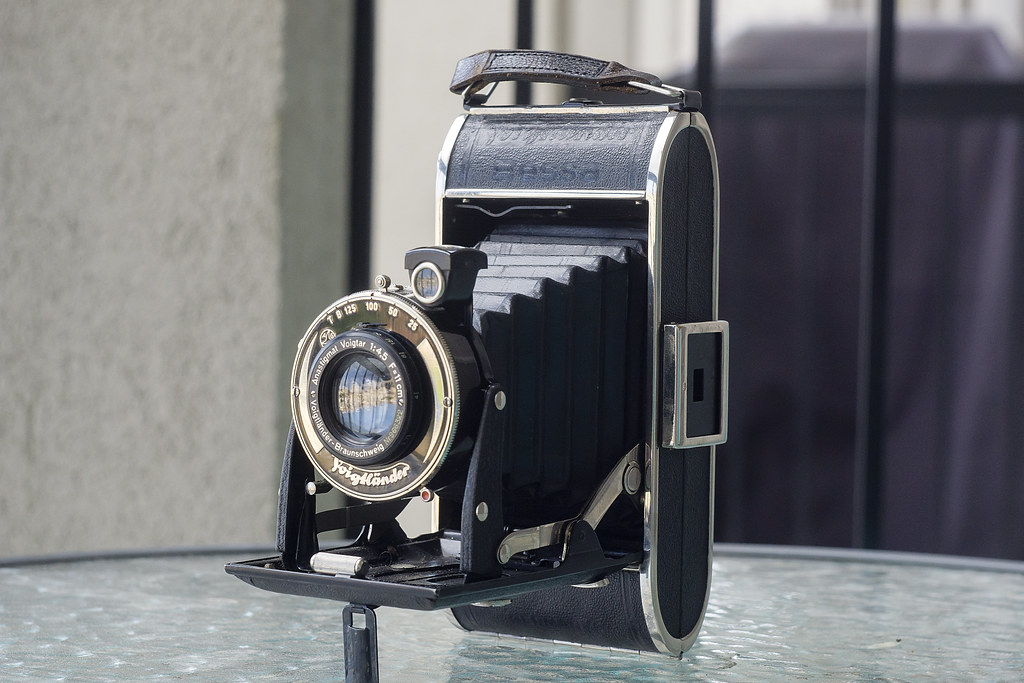 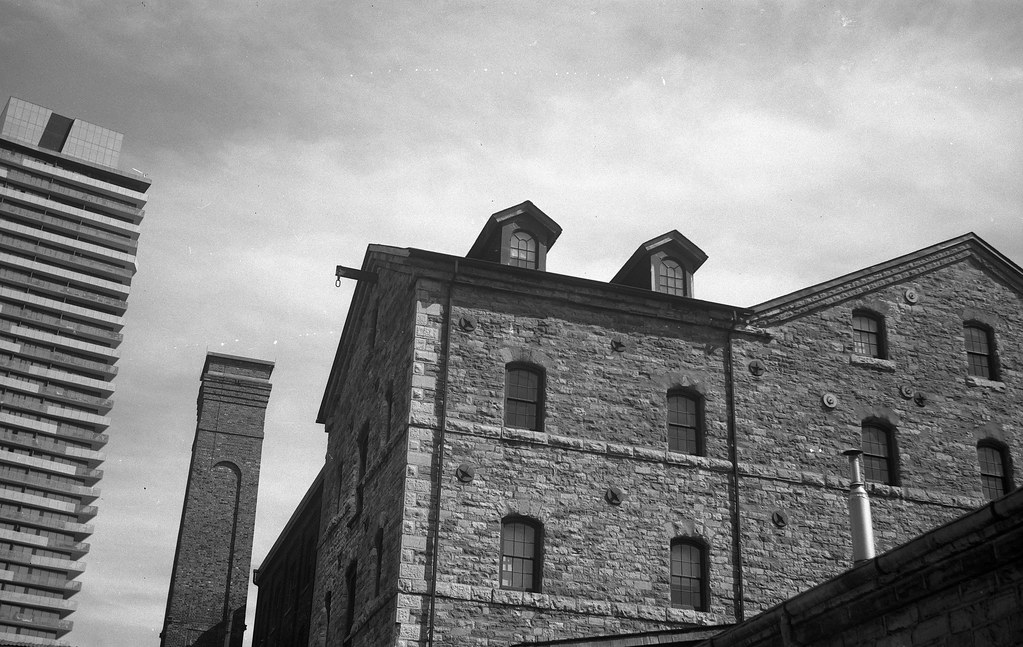 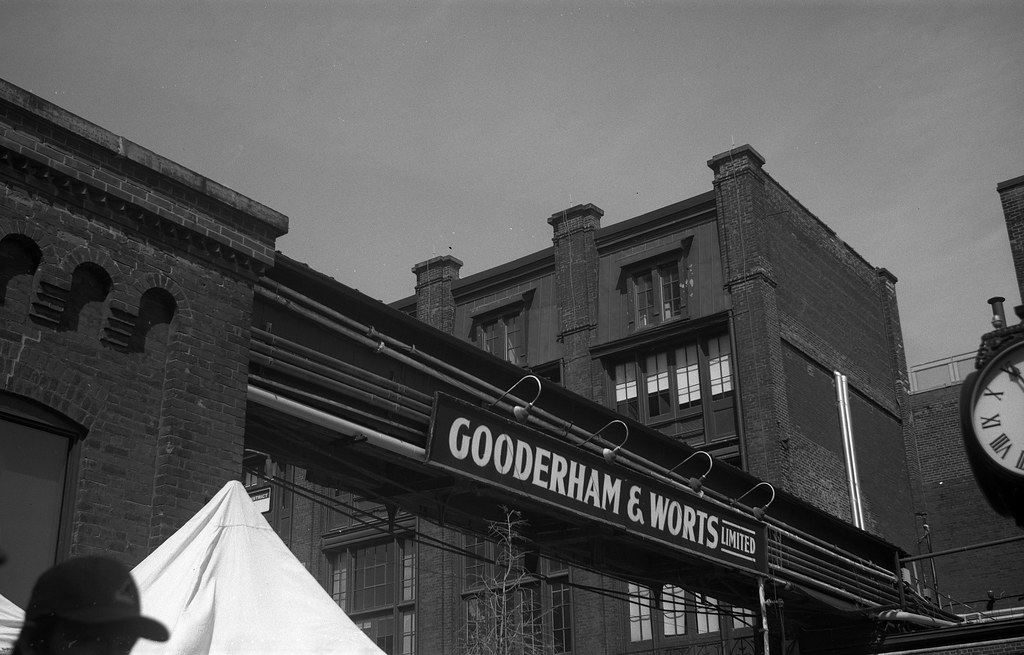 The Good
If there’s one thing I’ve learned over the past reviews is that age doesn’t always mean poor performance. In fact, I’ve had successfully quality images from cameras far older than the Bessa. And the Bessa certainly delivers, the Voigtar lens, based on the Anastigmat design, provides quality sharp images at any aperture, I mostly shot these at f/11 or f/8, the reason will come in the next paragraph. While not exactly the fastest lens on the block at only f/4.5 I only found this to be a problem once and only because I was shooting the film at ASA-50. When it comes to handling, the Bessa is a decent shooter. Probably top on my list is that there’s a shutter release on the lens door, makes it nice and easy to shoot either landscape or portrait. By default the camera shoots in the big and beautiful 6×9 format and produces fantastic images as such, the 11cm (110mm) lens is perfect for the format with no vignetting or fall-off in any corner. But you will only get eight frames per roll. However, you can add a mask to the camera and use the second frame counter window and produce 6×4.5 format images that double the number of exposures per roll to 16. Of course, you need to add a mask to the camera, a mask I don’t have but can be produced I have yet to create such a mask. And finally, the camera is designed to accept both 120 and 620 film rolls, while less of an issue today such compatibility between Kodak Films and everyone else certainly helped the average photographer. 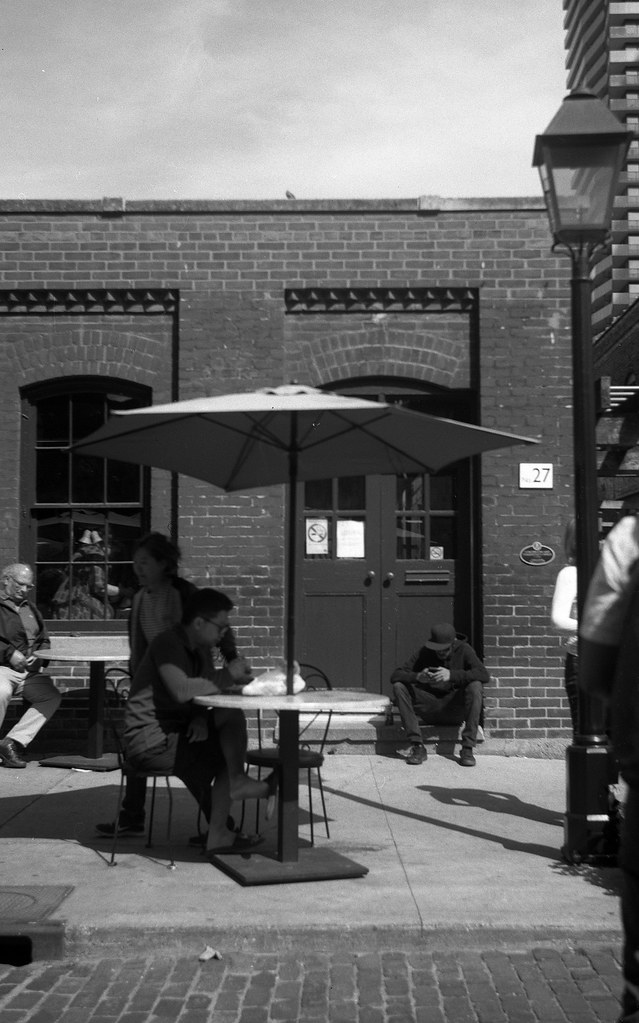 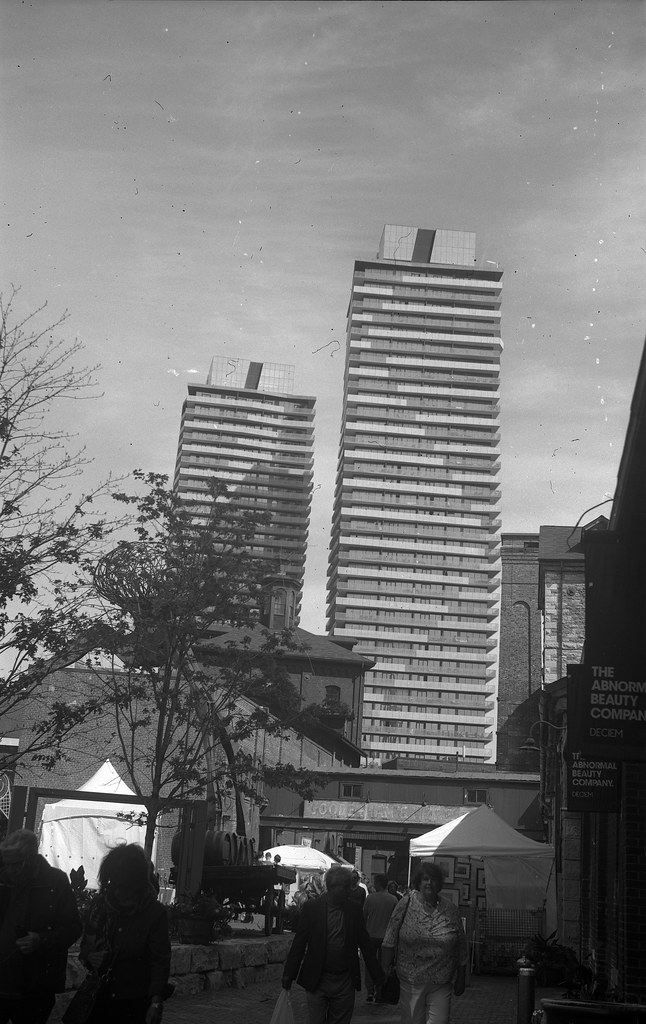 The Bad
The Bessas are old cameras, with the earliest models being 88 years old and the youngest dating to 68, not exactly spring chickens. I was lucky that this particular camera is in great working shape. The first thing is that the bellows can get damaged. While some might let in just a bit of light and give a distressed look to the images, others might leak like a sieve and ruin any film run through the camera. Lenses haze over, shutter stick, so if you are looking at one, try and sort out the general shooting capacity of the camera before purchase. Let’s move on, there are two serious issues and two minor issues I have with this particular camera. The first and most severe in my mind is the film winder. Being a dual 120/620, it’s a pretty substantial piece of metal, and I found that it chewed through the plastic take up reel. Thankfully I was able to run through the eight frames before it stopped advancing and I was able to extract the film with a change bag. But for future use, I’ll probably want to stick to either a 120 or 620 spool that is metal. The second issue I have with the camera I eluded to in the previous paragraph, and that has to do with focus. The camera is a manual focus lens without a rangefinder, so you have to give a rough guess on the focus or use an external rangefinder, realising this I made a point to shoot mostly to infinity and stop it down to at least f/11 to get a decent depth of field. The only shot I made at f/8, I missed focus by a touch. If I take this camera out again, I’ll be sure to pack the external rangefinder; it worked great with the Pony 135. The two remaining issues are minor, first is that the lens is uncoated, so you only want to shoot black & white film through the camera to get decent results. And secondly, the shutter speed maxes out at 1/125 of a second. So you don’t want to go shooting Kodak Tri-X or Ilford HP5+ through the camera unless you plan on seriously pulling the film in development and exposure. 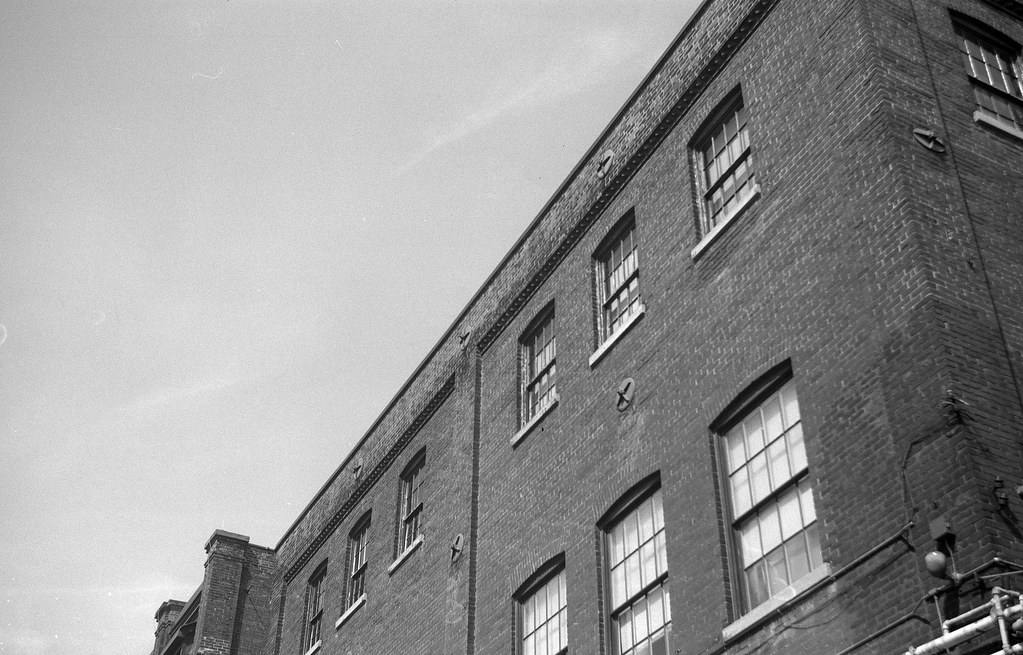 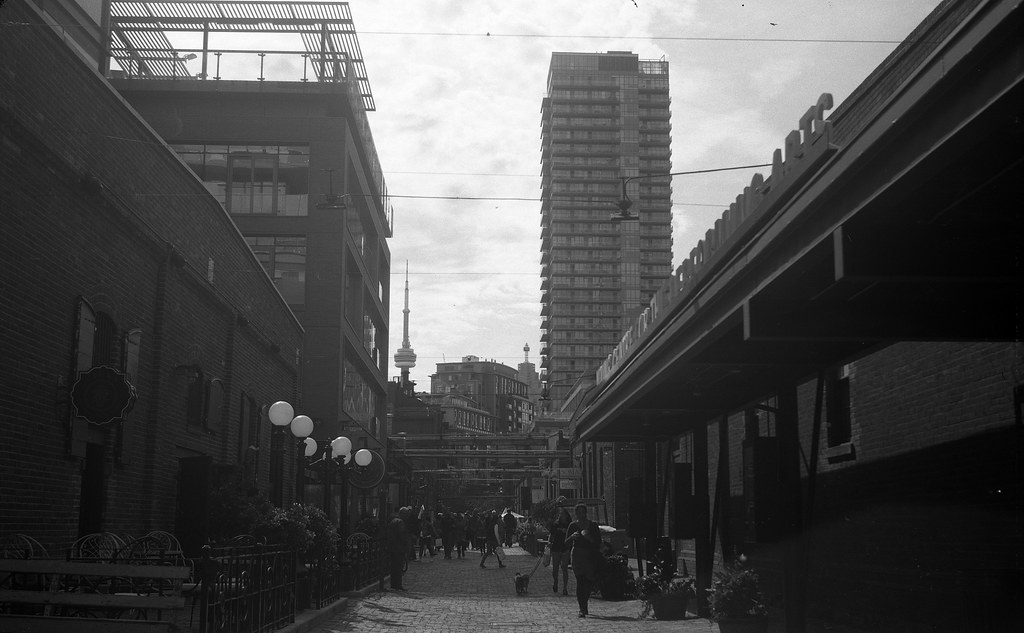 The Lowdown
When it comes to folding cameras this one, despite the issue with focusing, is a real winner. Certainly would be a good choice if you frequent World War II reenactments, even if it’s just a prop but kudos if you use it to shoot. And if you do find a camera in good working order, it certainly won’t let you down. If you do shoot with the camera, remember when this camera came out Ilford had just released HP (the great-grand daddy of HP5+) and rated at ASA-160. You’ll mostly want to stick to Ilford FP4+, Kodak TMax 100, Ilford Pan F+, Fomapan 100, Ultrafine Xtreme 100, or Rollei RPX 25 to get the best results out of this camera. And the best part is shutter speeds are perfect for Sunny-16 style metering (1/125 to 1/25) and if you’re lucky enough you might even find one with an original metal reel inside. Just remember to save the reel or simply remind you lab to return it.