The 1980s were a weird time, both for the world as a whole and for the camera industry. We saw the rise of electronics in cameras and the strange merge between the modern era and style and a clinging to the earlier form factors. One of the iconic styles is the Canon T-Series, these were automatic cameras complete with auto-exposure on manual focus cameras. While these T-Series started off fairly boxy, but by the Canon T90, they had some streamlining. Enter the Yashica 108 Multiprogram (Yashica 108MP), like the T-Series Canon cameras the 108 features autoexposure (heavy automation in the camera) and a manual focus lens. Despite carrying the Yashica name, this is not a Yashica but rather a Kyocera. The same time the Japanese firm got their hands on the Contax name. They aimed the Yashica on the consumer market while Contax aimed at the higher end while maintaining the C/Y Mount. Now the 108MP is aimed at the middle of the line photographers and like other cameras from the 1980s provides a solid shooting experience for someone who needs a cheap and fast way into 35mm film photography but is only a stepping stone. 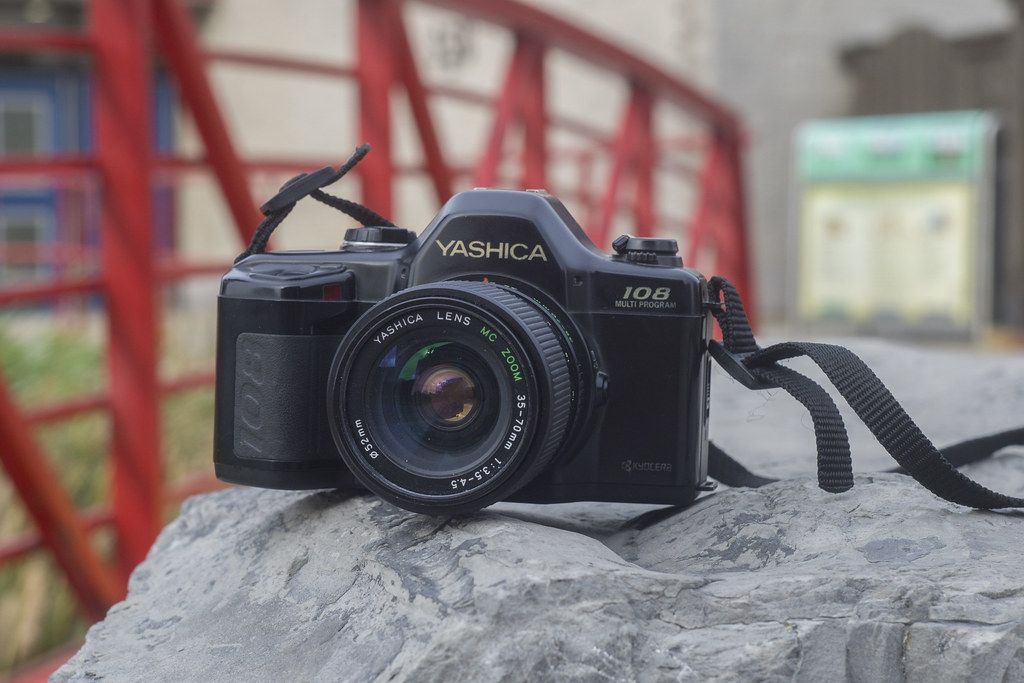 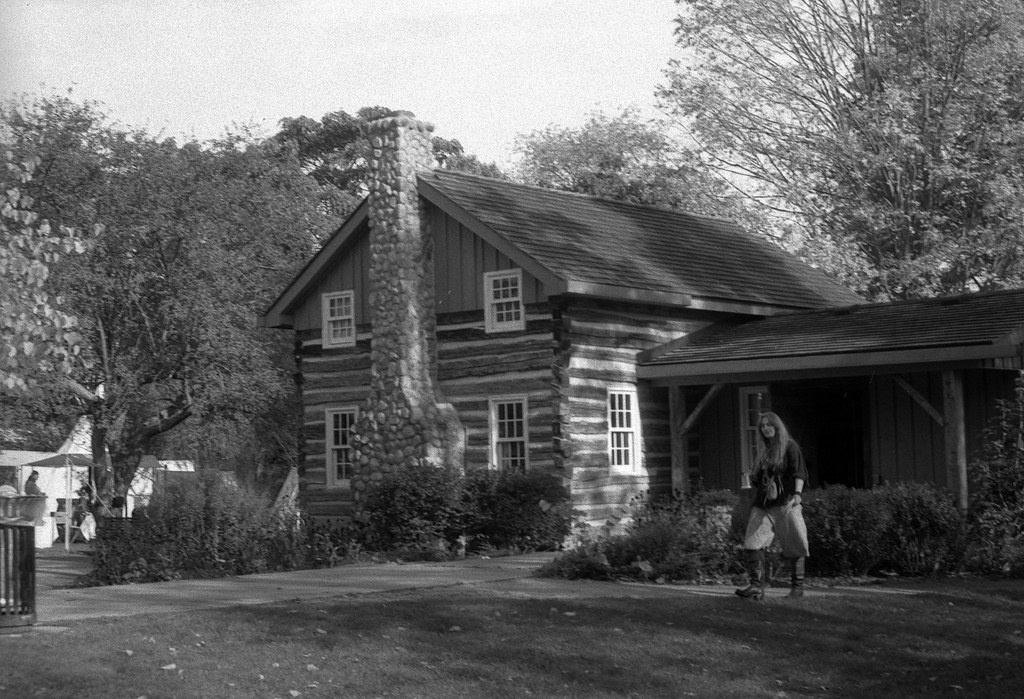 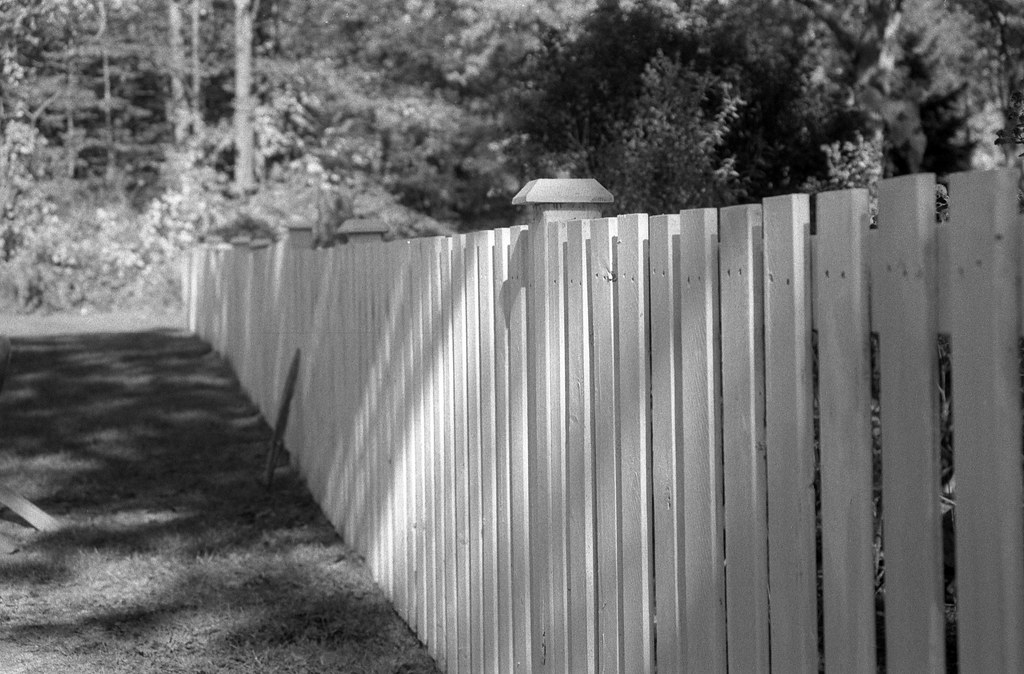 The Good
The strongest feature on this camera is the C/Y mount, or rather Contax/Yashica. This means that you have access to a pile of amazing lenses including Carl Zeiss (built under license) which match the optical quality of the German-built lenses. Trust me, I shoot these lenses on my Contax G2 which is also a Kyocera camera. And the camera itself is fairly easy to use and figure out even without a manual. One thing I always harp on with cameras is how it’s powered and in this case, the 108MP, despite being from the 80s/90s is powered by AAA batteries, four of them. This makes it easy to find batteries no matter where you are in the world. 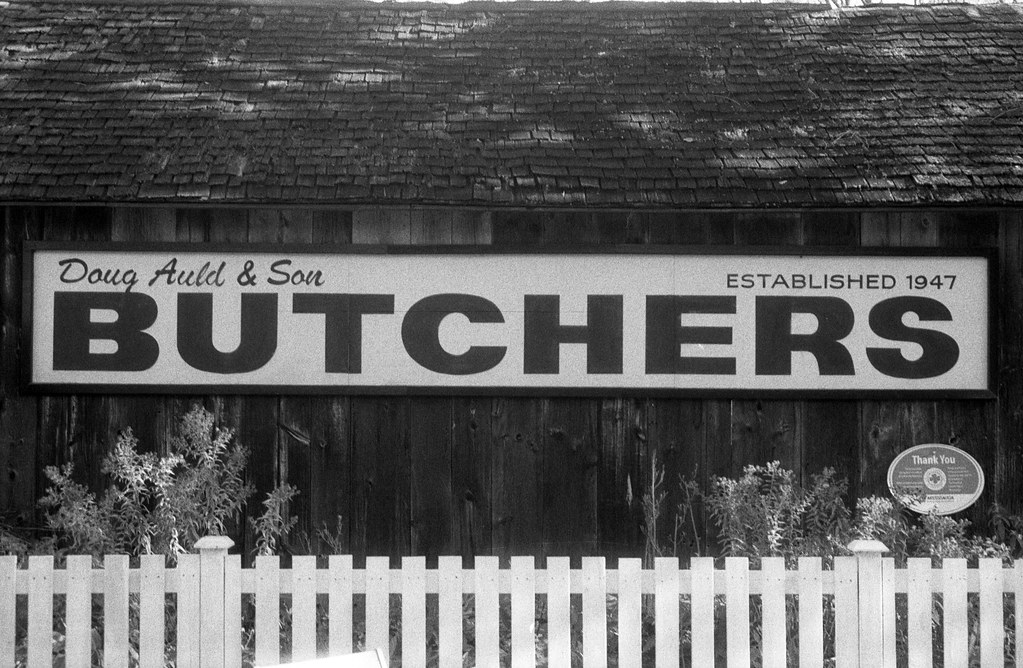 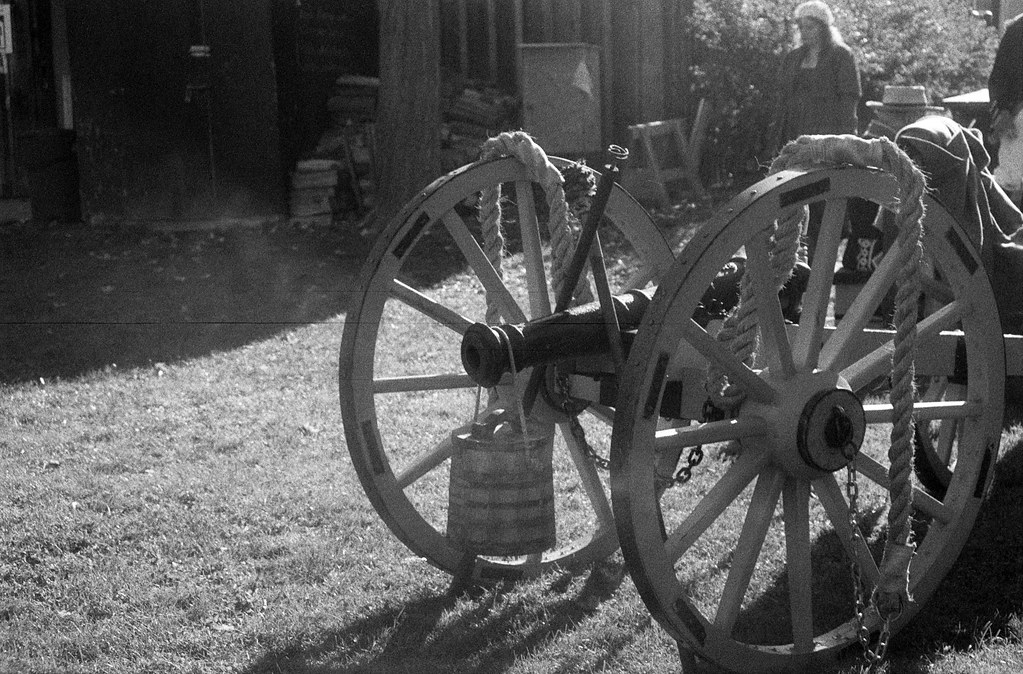 The Bad
One of the first thing I recognised with the camera is how plastic it feels and bulky. Despite the streamlined look of the camera that looks like a T90 but this camera is little more than a T90 lookalike without the guts of that camera. The 108MP isn’t tall, and I found myself constantly looking for a better place to set my fingers. For a 35mm SLR that has a fairly normal look and operation, it’s awkward to operate. You have no feedback in the viewfinder when operating in Program and Aperture Priority mode (which is marked as Av on the dial, another Canon inspired mark) only a green dot and an icon to indicate you need flash. Now despite having some amazing lenses available in C/Y mount, there are plenty of bad lenses, truly cheap. And finally there’s no way to manually adjust the film speed, it auto recognizes the film canister’s DX code and if there isn’t one it defaults to ASA/ISO-100. And it doesn’t even do a good job with that, my film came out a touch over-exposed. While not a deal breaker, you will want to stick to DX Coded films. 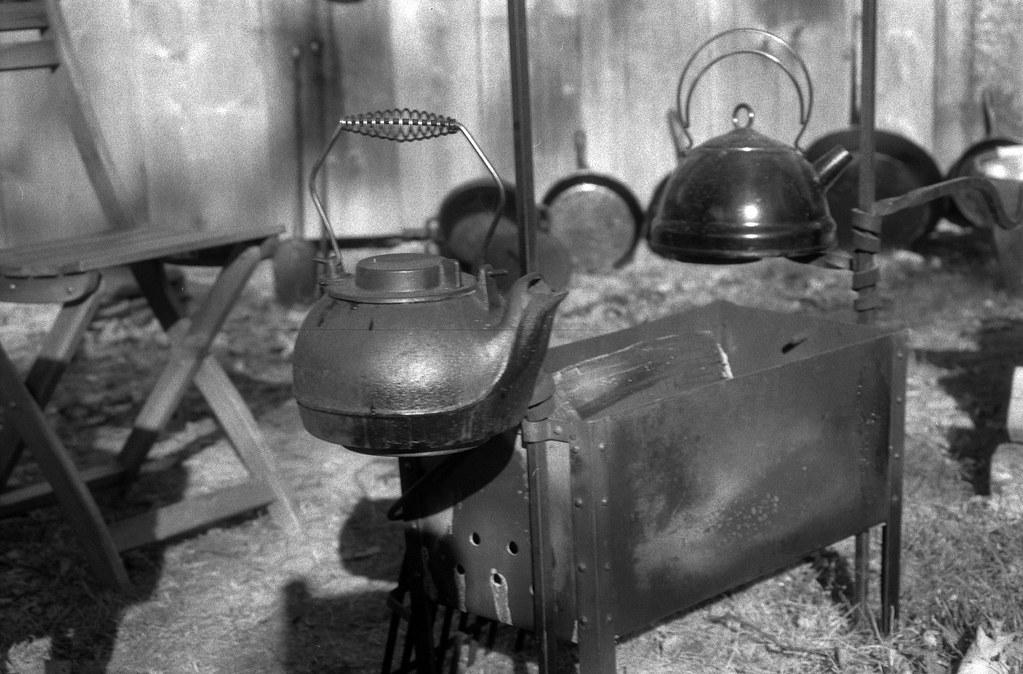 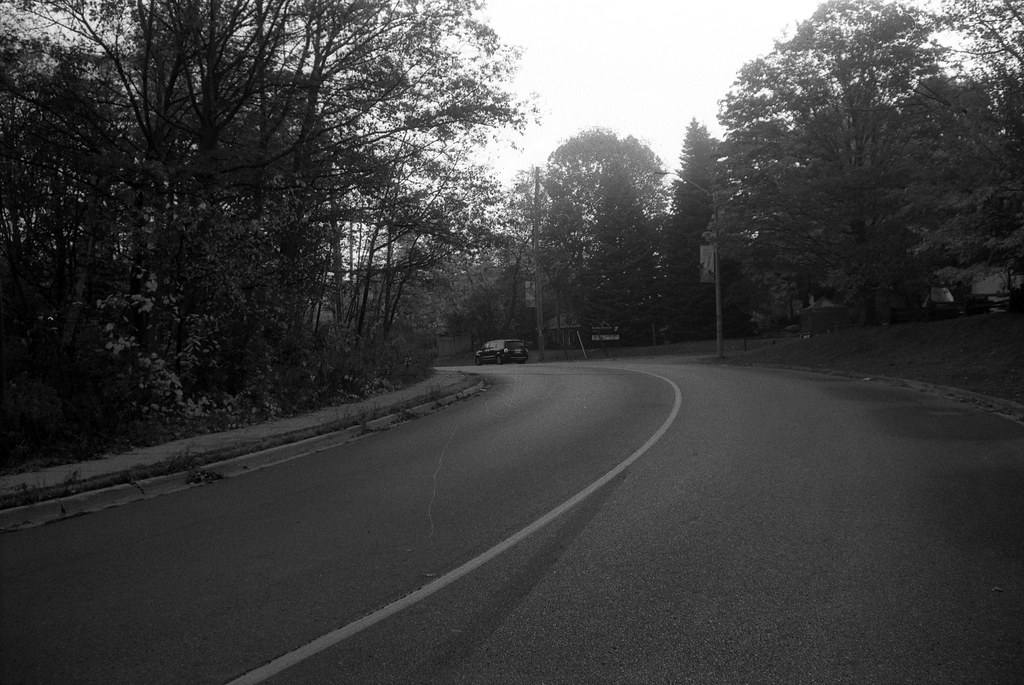 The Lowdown
This is not a camera I would recommend for anyone looking to get into the C/Y system, poor build quality, awkward operation, and generally a poor man’s copy of a Canon T-Series. And the reason being is that it is a stop-gap camera, a save-face before the release of the Autofocus 230AF. But if you’re starting out, this might be an okay choice. Basic, no-nonsense, and little you can do. However, as soon as you use it you’ll want to start looking for another camera to move up to. At least there are better C/Y cameras out there. You’d be better off finding a Canon T50 or going with the Contax line of cameras from Kyocera, better quality overall.