In the early days of Photography, most photographic stocks were Orthochromatic, which means they didn’t see a certain colour on the spectrum, mostly this meant the film stock could not see red light, other times it meant the film didn’t see blue light. And while today Panchromatic stocks are the norm, there is still a need for technical films. While shooting Ortho 25, I worked under the assumption that it didn’t see red light. However, I’m not sure of which colour the film is not sensitive to. But it doesn’t matter now; Ortho 25 is an amazing slow black & white film that is deadly sharp and so fine-grained I don’t think it has any. 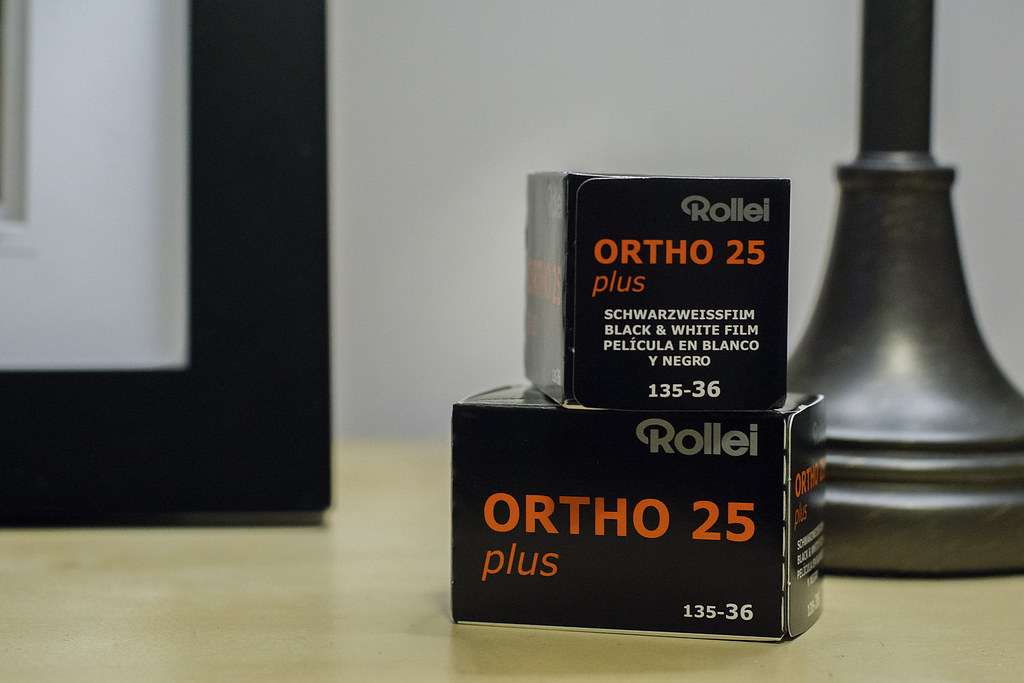 Roll 01 – Kodak D-76
When you have a film that’s rated to ASA-25, I think it is impossible to get any heavy grain pattern. And while D-76 is a fairly common developer, it still produces amazing images with Ortho 25. You do see a bit more of darkening of the reds in the images, mainly brickwork in the buildings. But nothing seriously heavy. Sadly there’s no 1+1 time available at the moment, but I would love to see what a more dilute image would look like. 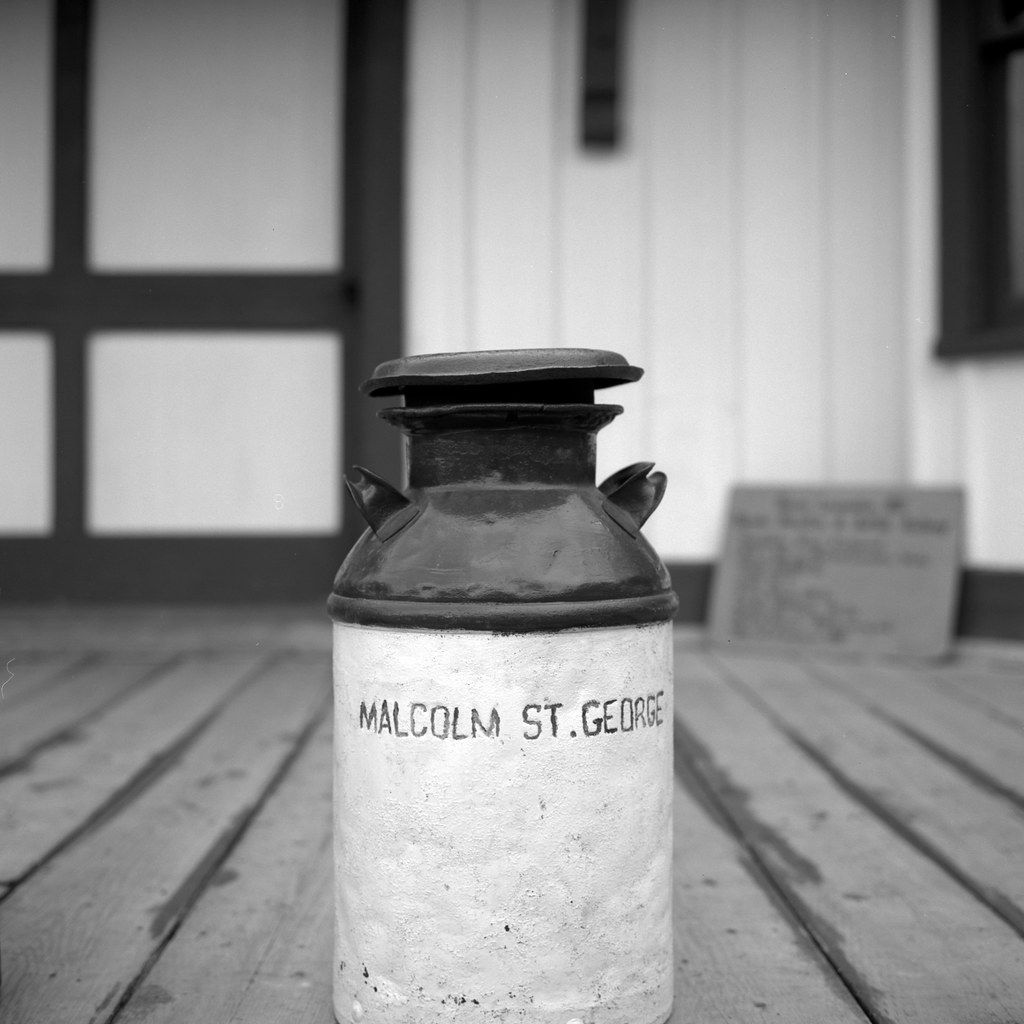 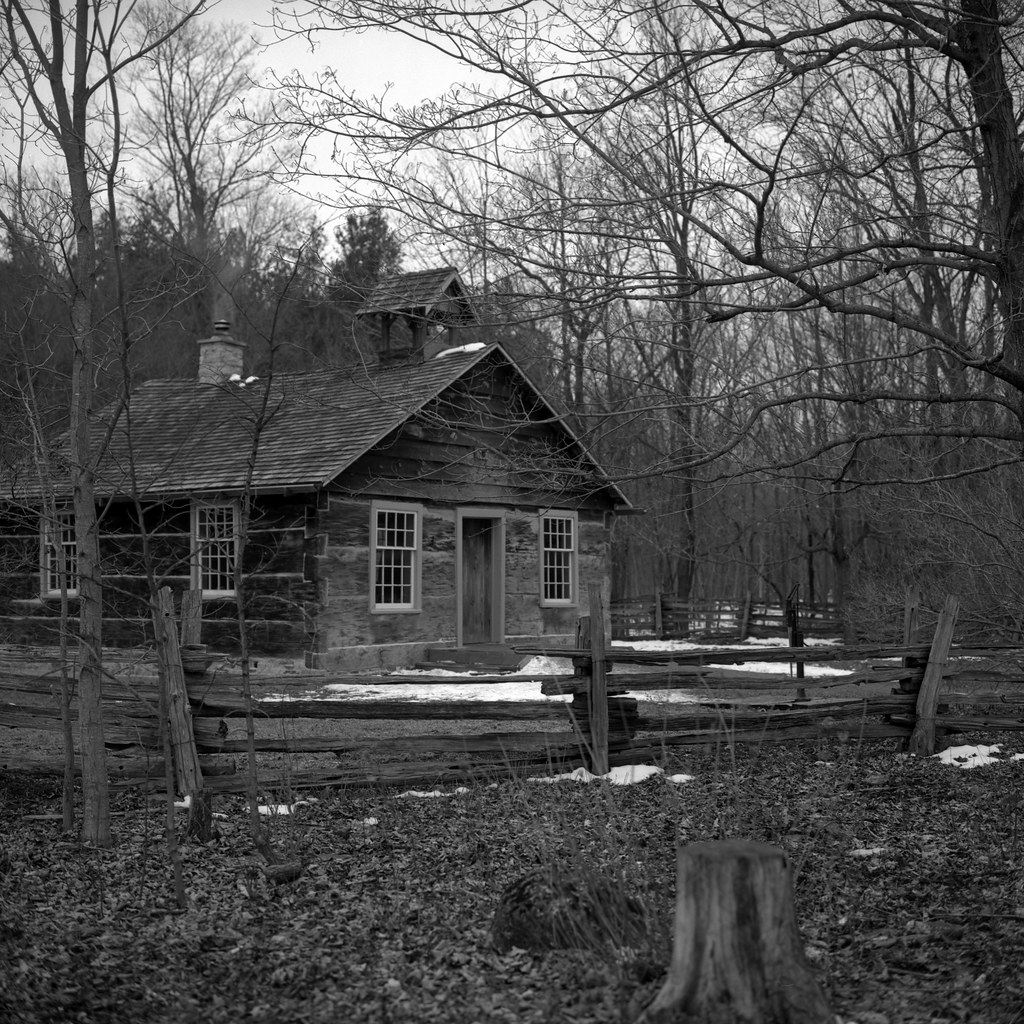 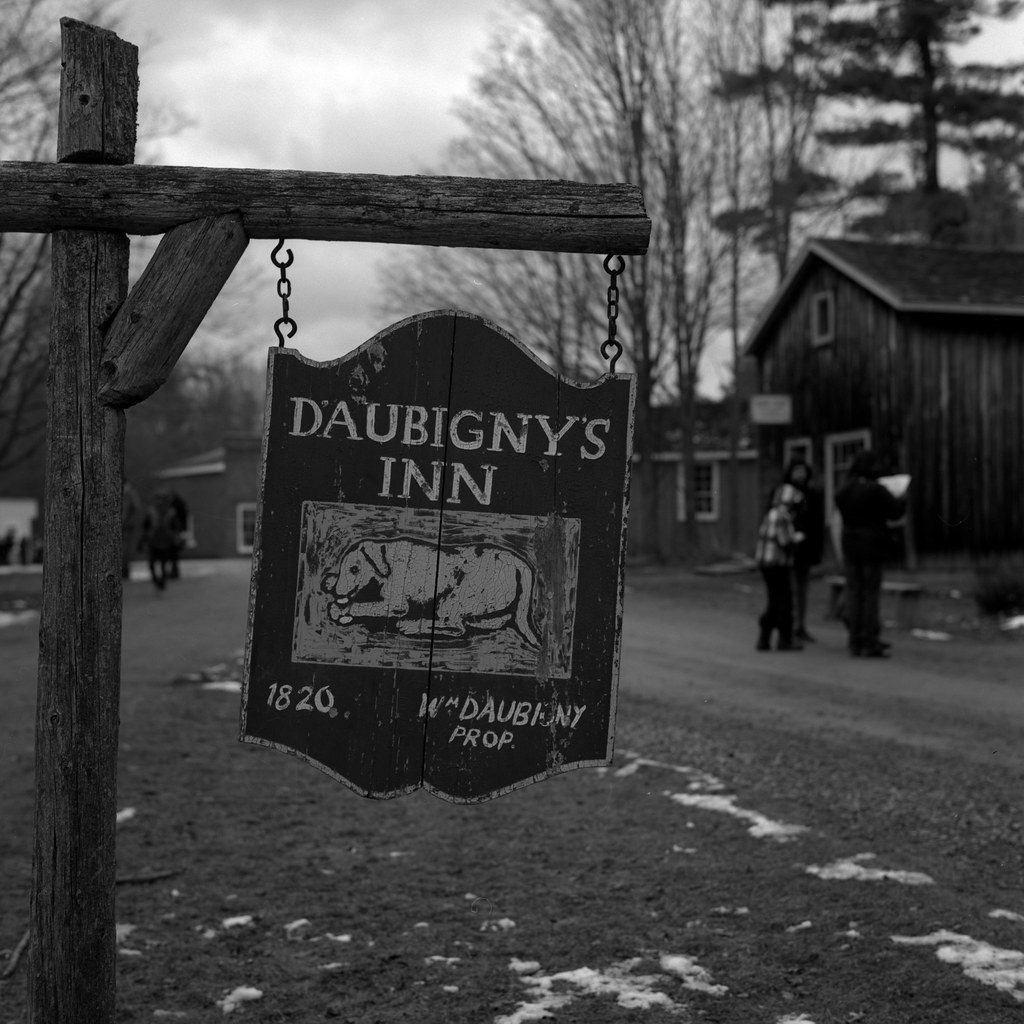 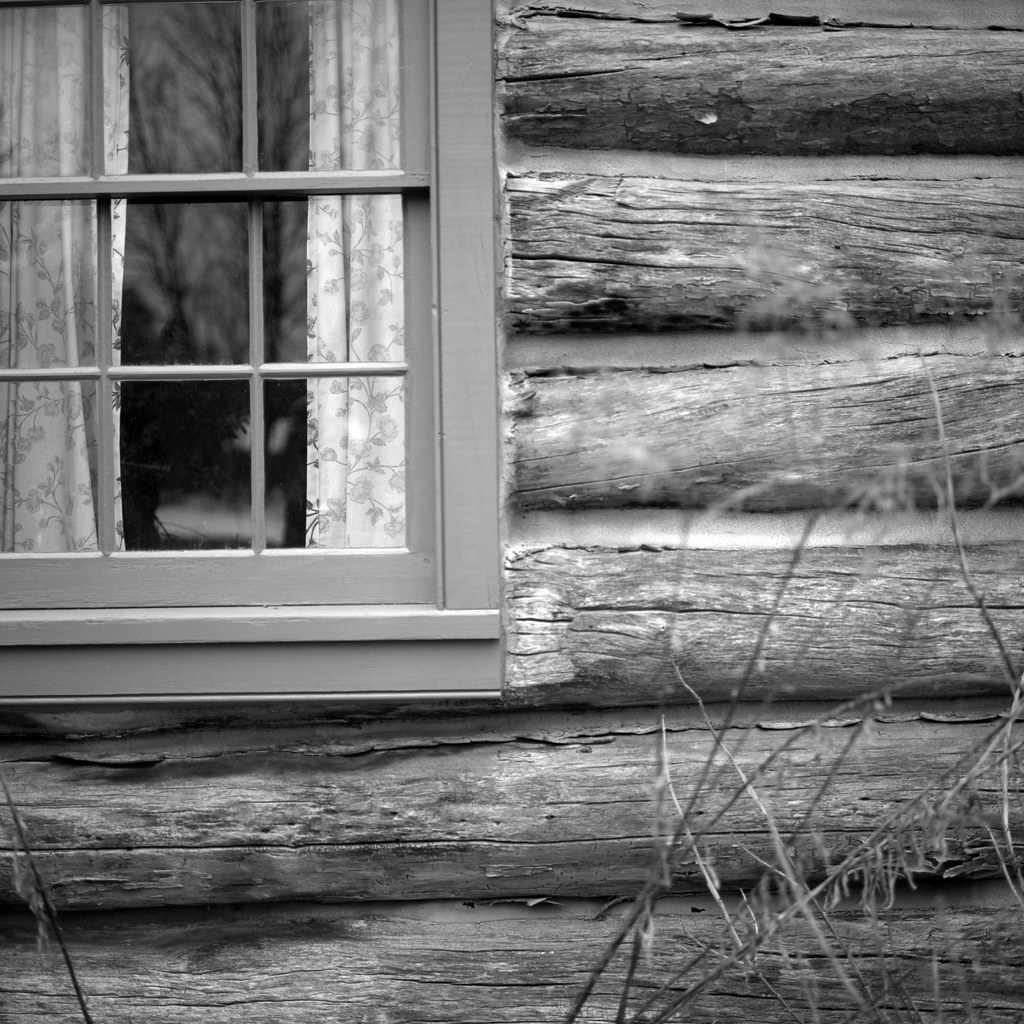 Roll 02 – Rodinal
I was expecting a little more drama, reds that were coming out black, something exciting. And it pains me to say it, but these images look normal, sure you get next to no grain, images sharp enough to cut yourself on. But still, I was expecting something a little bit more out of this film, to be honest. Now, it’s not to say Rodinal is a poor choice for this film; it works well you get a full panchromatic image which is unexpected, but still a pleasing look all the same. Very low on the contrast however in many of the shots. I only really noticed the darker rendering of the reds in the brick detail shot. 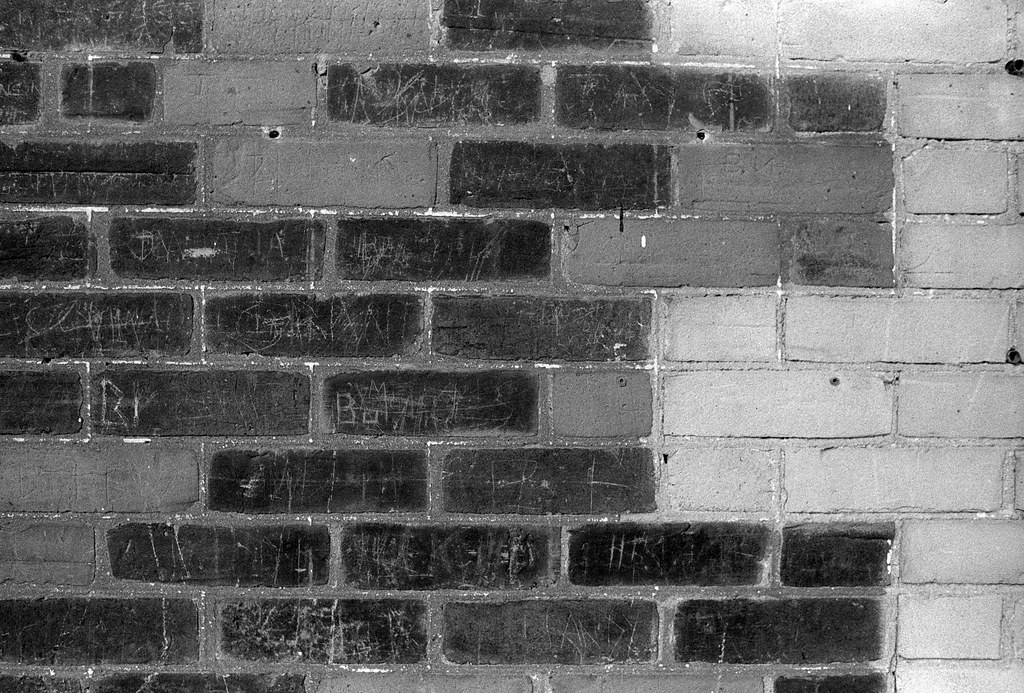 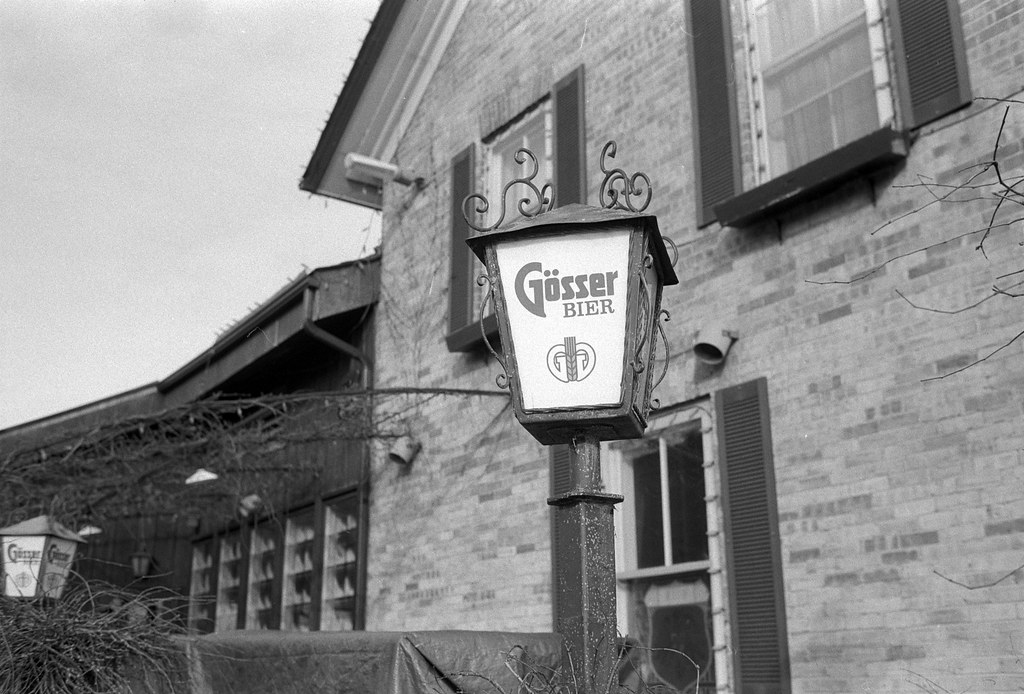 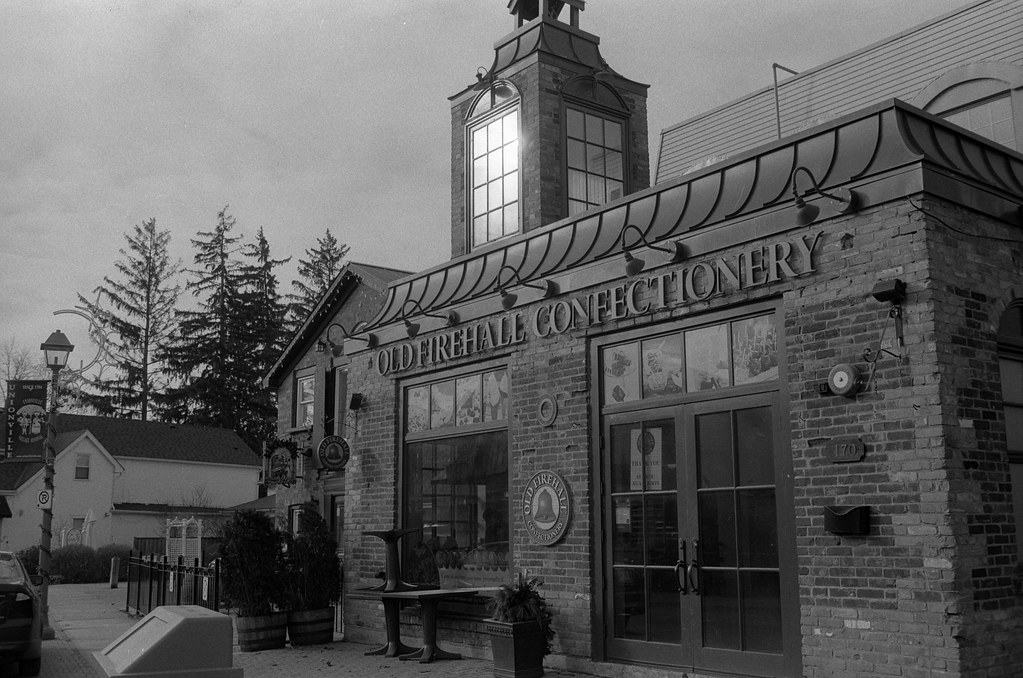 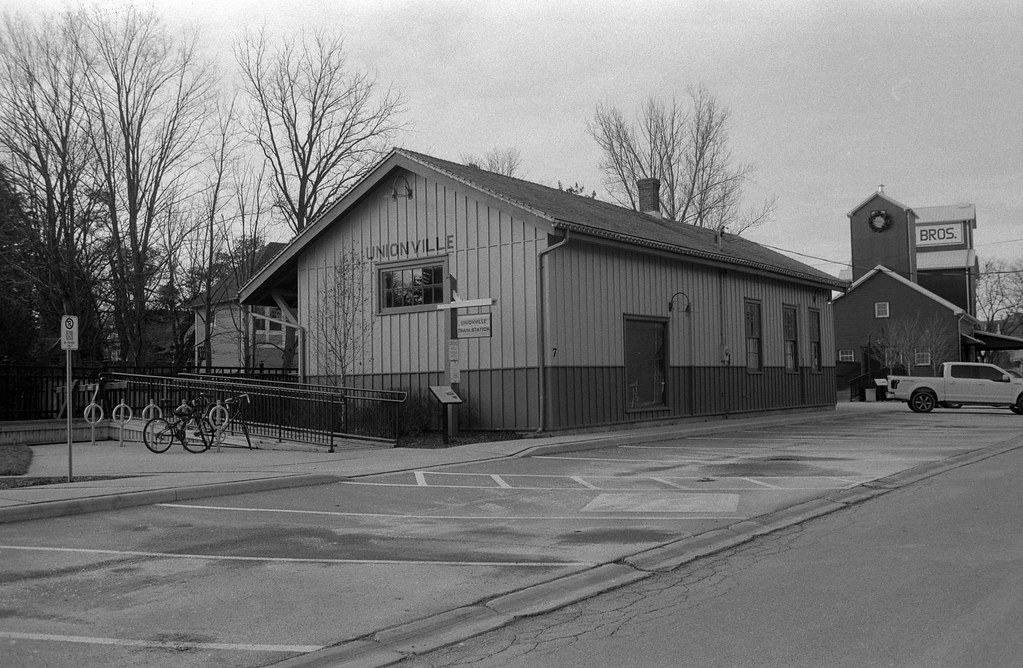 Roll 03 – TMax Developer
I wasn’t too sure about TMax Developer, but I think Ortho 25 responded well to it. While the Massive Developer Chart calls for a 6 minute time in 24C water, I didn’t realise that until after I had prepared the developer in 20C, thankfully I was able to calculate the time and just gave it about three fewer seconds to make it a common time. I continued to be amazed here at the quality of the images, and you even see a greater darkening of the reds here than with D-76. But you do lose some of that razor sharp images that you get with Rodinal, while no surprise, even in D-76 Ortho 25 is super-sharp, but in TMax Developer, they’re a little softer, not by much but enough to make them rather pleasing. 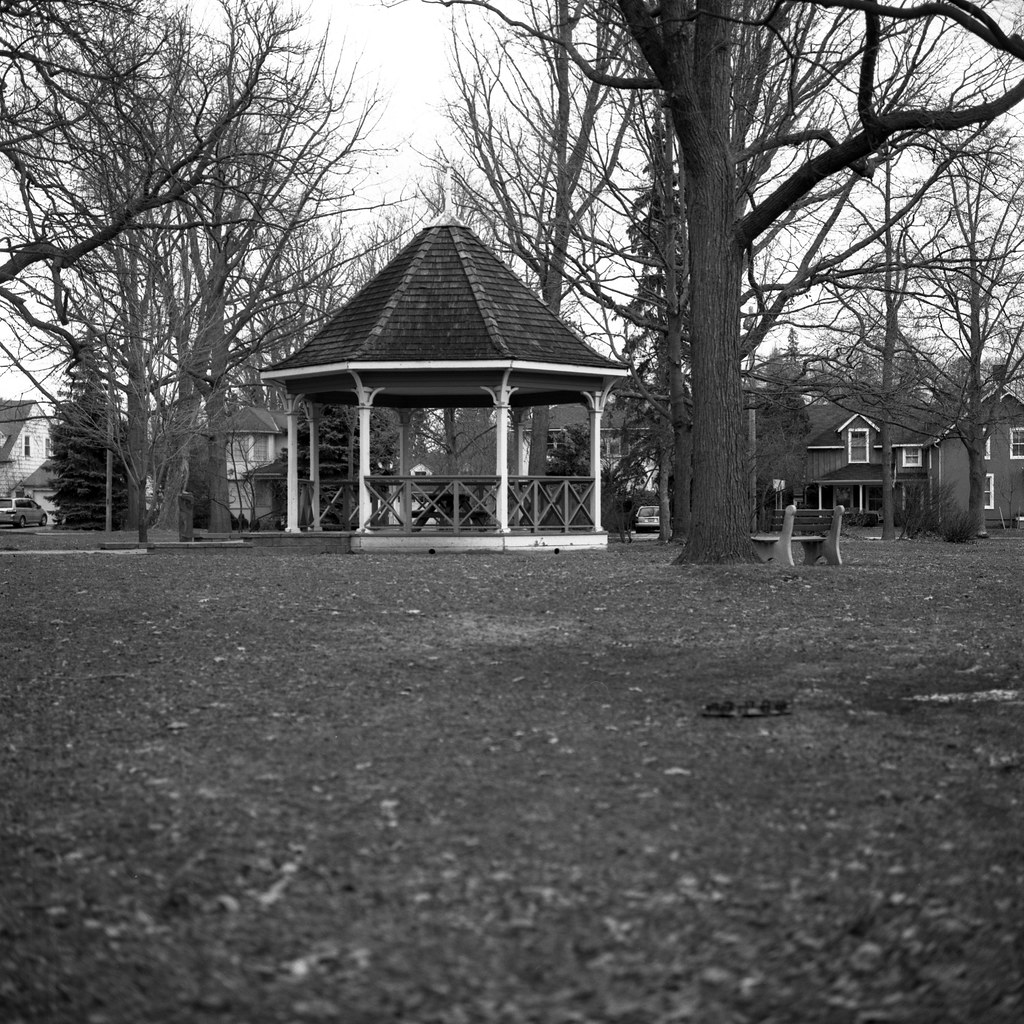 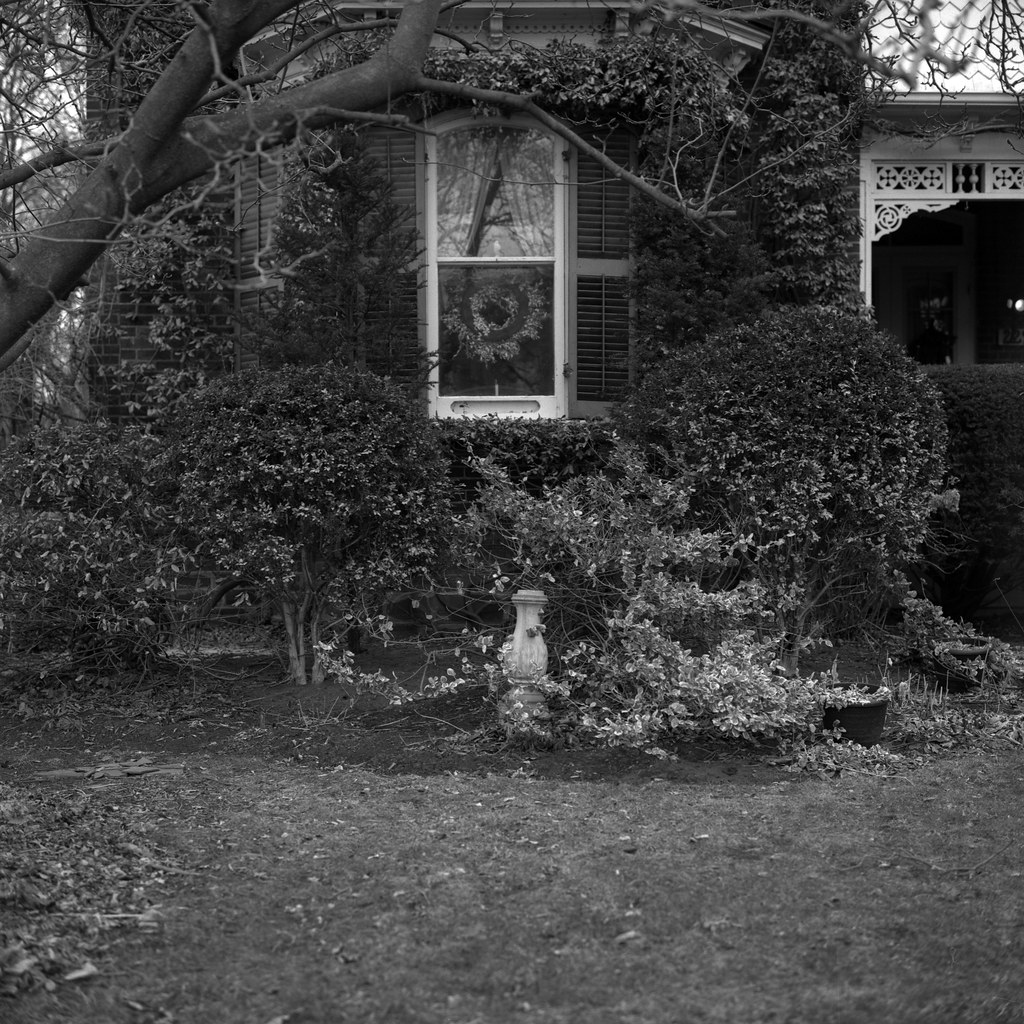 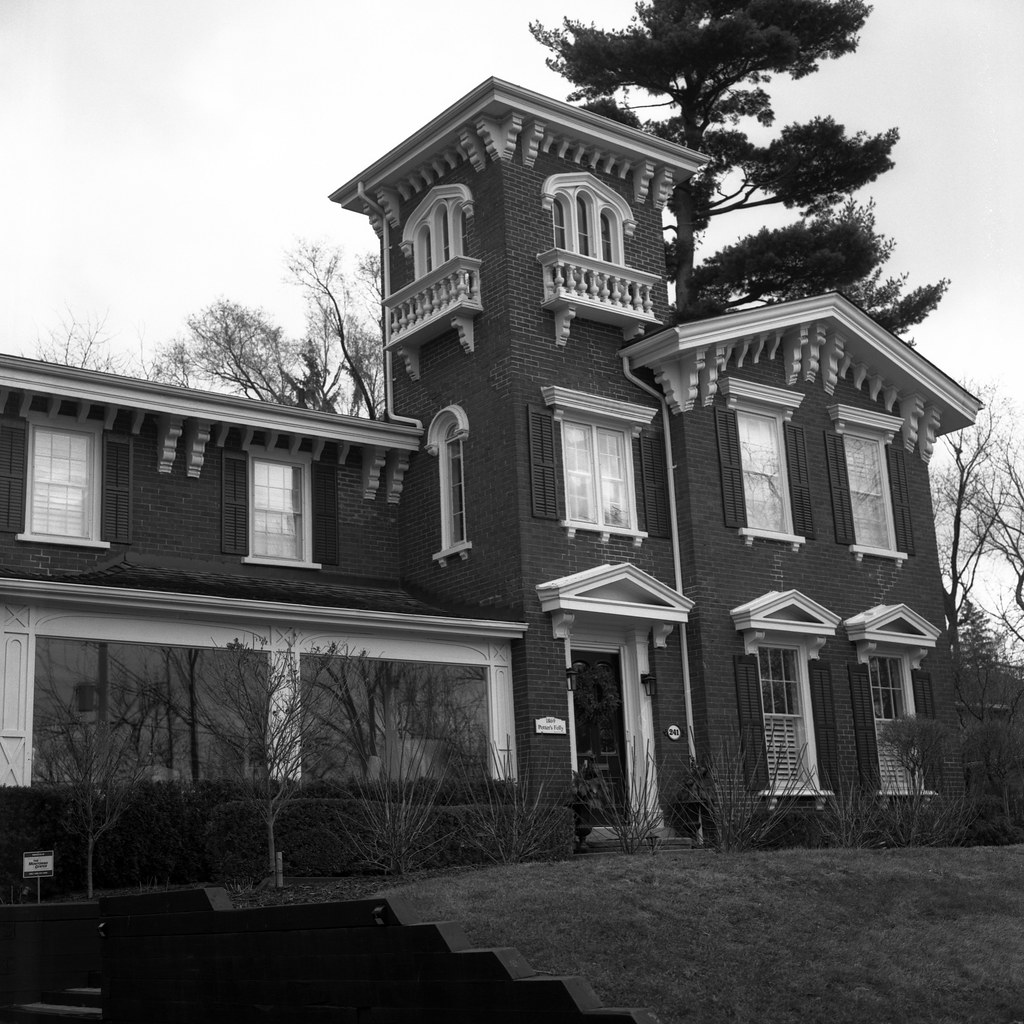 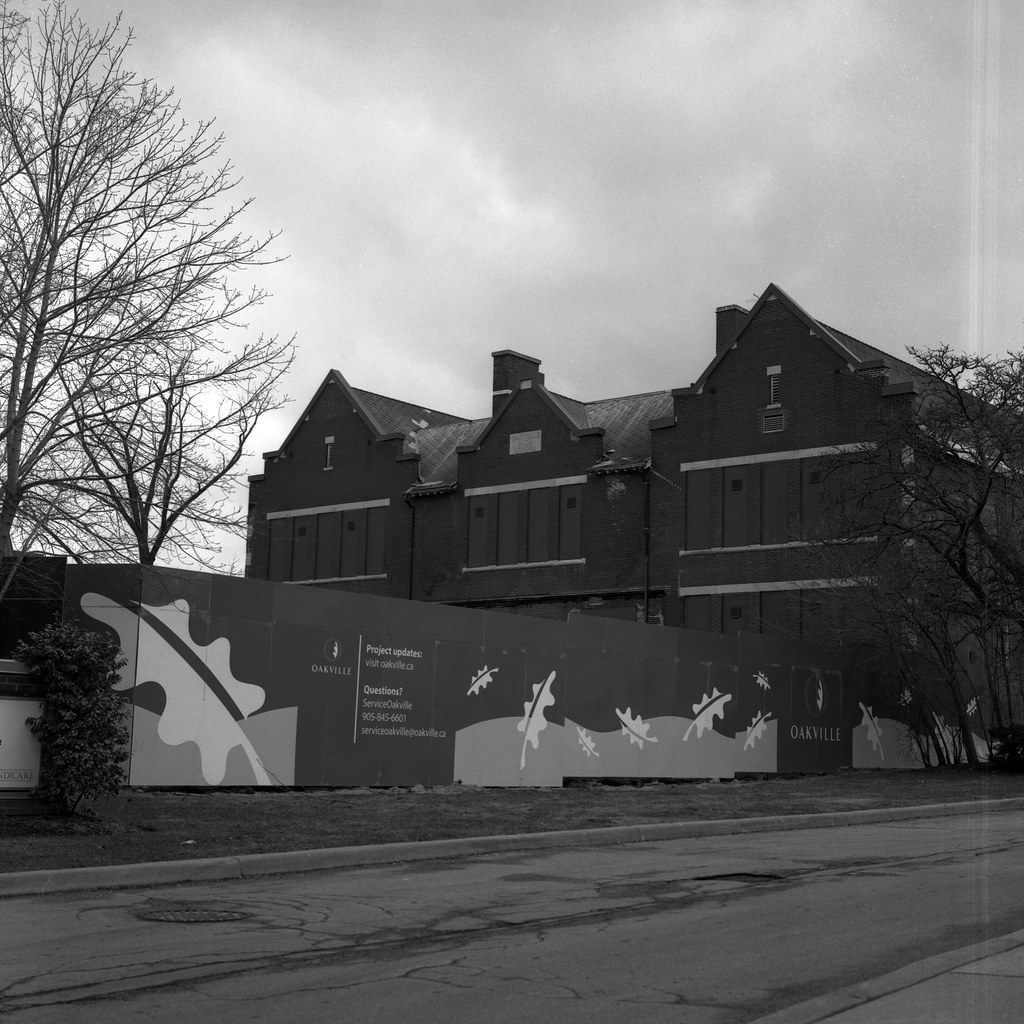 Final Thoughts
While it’s impossible to get any grain with a film this slow, I still think your best bet for developing to show off the sharpness and fine-grain nature you want to use Rodinal. I also enjoy the fact that many of the developing times for Ortho 25 are in the six-minute range which isn’t something you see in many films this slow. I’m mostly thinking RPX 25 here. While I can’t see much use for the film myself, it does give another slow film option other than RPX 25 or Ilford Pan F+ something we don’t see that often these days with most companies producing films rated at ASA-100. Ortho 25 is readily available, but only in online shops, Argentix, FreeStyle and Maco Direct.