While not many people would notice it, but when watching a film, and you come across this amazing sequence in black & white, the rich tones across the board, and just a classic cinematic look and wonder, how can I make my still images look that good! Well if you are watching a film shot on traditional film stock the answer is rather easy, Eastman Double-X 5222. Chances are you’ve seen a film shot on this stock, such as the opening sequence of Casino Royale or Shindler’s List. I first came across Double-X a few years back when I purchased some rolls through the Film Photography Project and while my first rolls were lab developed (Thanks again Old School Photo Lab) once I started developing on my own I started seeing the amazing nature of this film! While I mostly use it for urbanscapes I should give it a try for some portrait work. With Eastman Double-X being primarily a motion picture film there is little in the way of still photography developer information, but now that more people shooting and self-developing you can find a wide-range of developer combos and speeds. 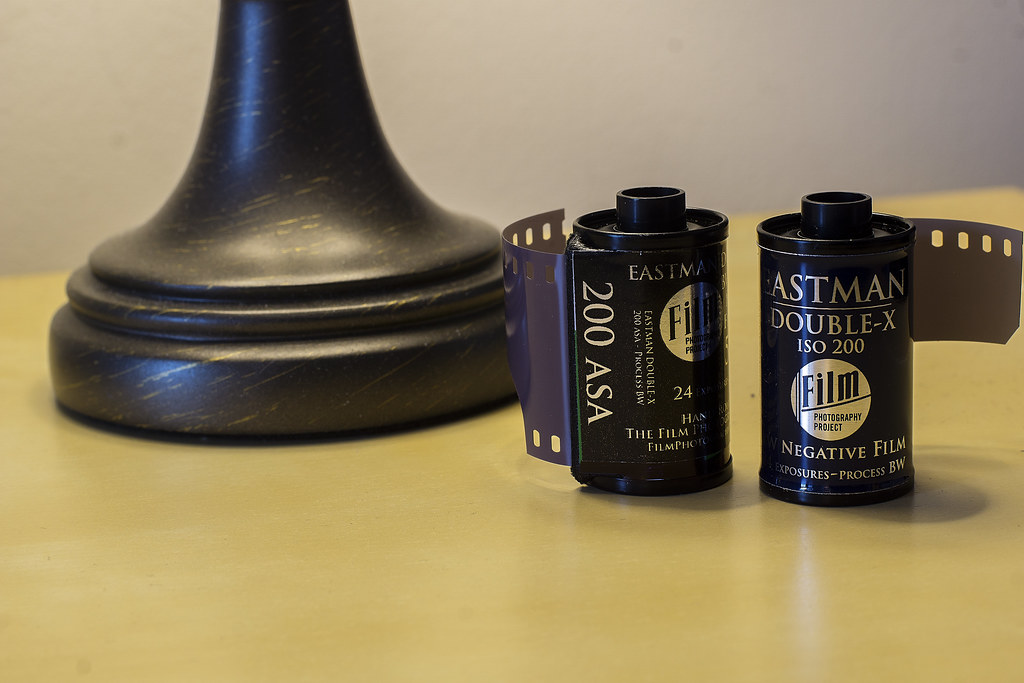 Roll 01 – Kodak D-76
I often find that D-76 gives you as close to the normal developing pattern for any film out there. And personally sometimes the results can be boring, but not with Double-X, the results well they speak for themselves. First off the dilution is one I don’t often use, 1+2, but shooting at the ASA-200 mark which is usually used for Tungsten (hot light) applications but can be done in daylight as well. You find that you get those rich cinematic tones that you see on the silver screen, and while you get sharp images there is a fair amount of grain to your images. But still, in the lack of a motion picture developer, D-76 is certainly a worthy option for Double-X. 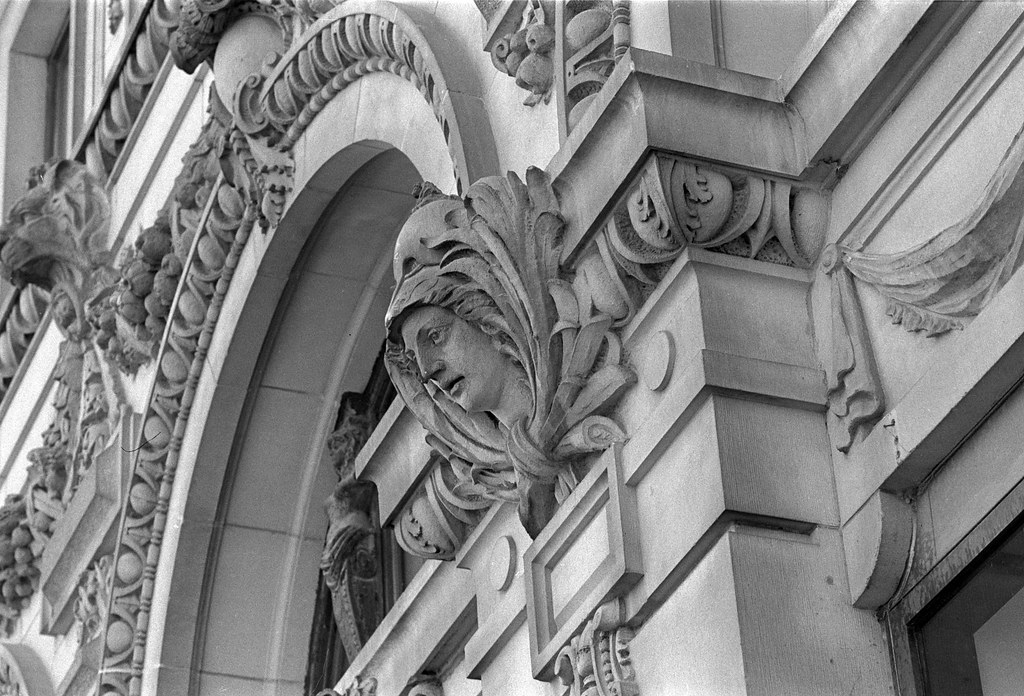 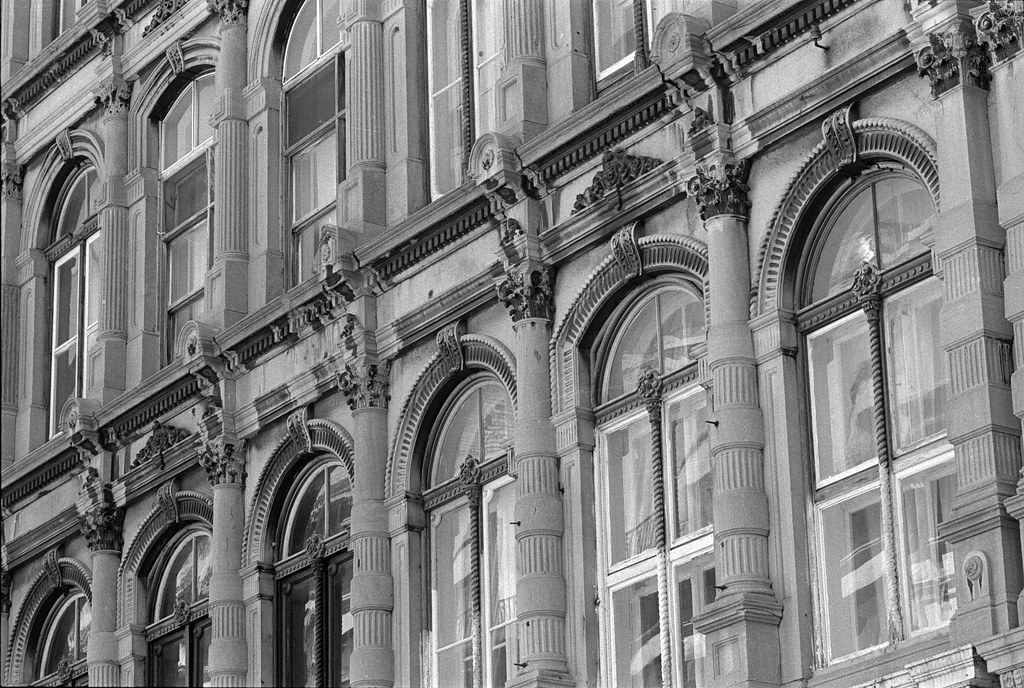 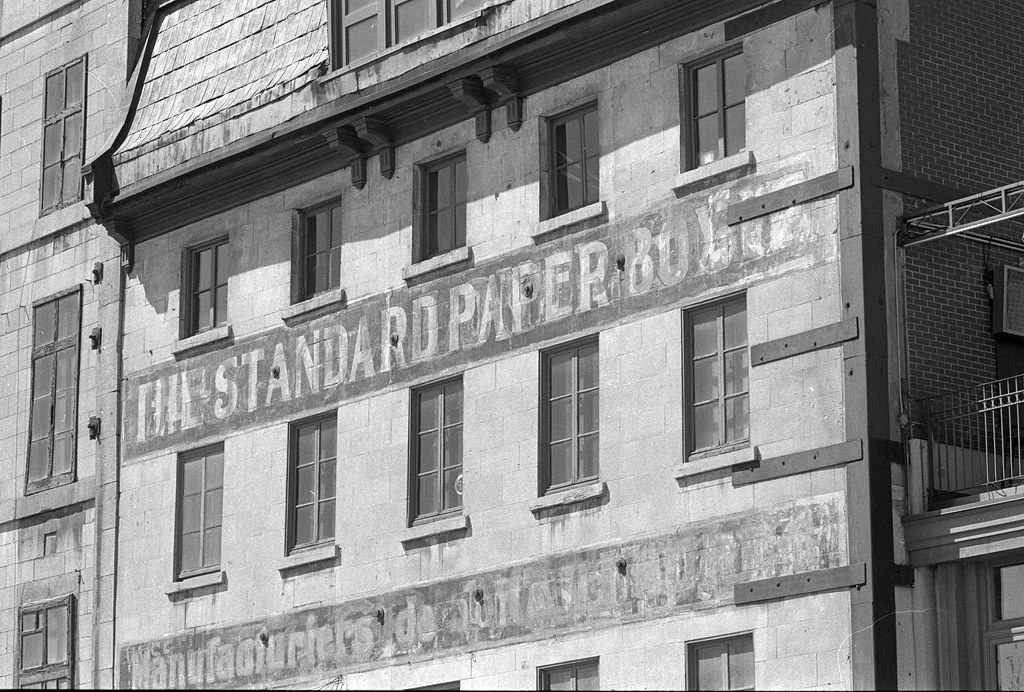 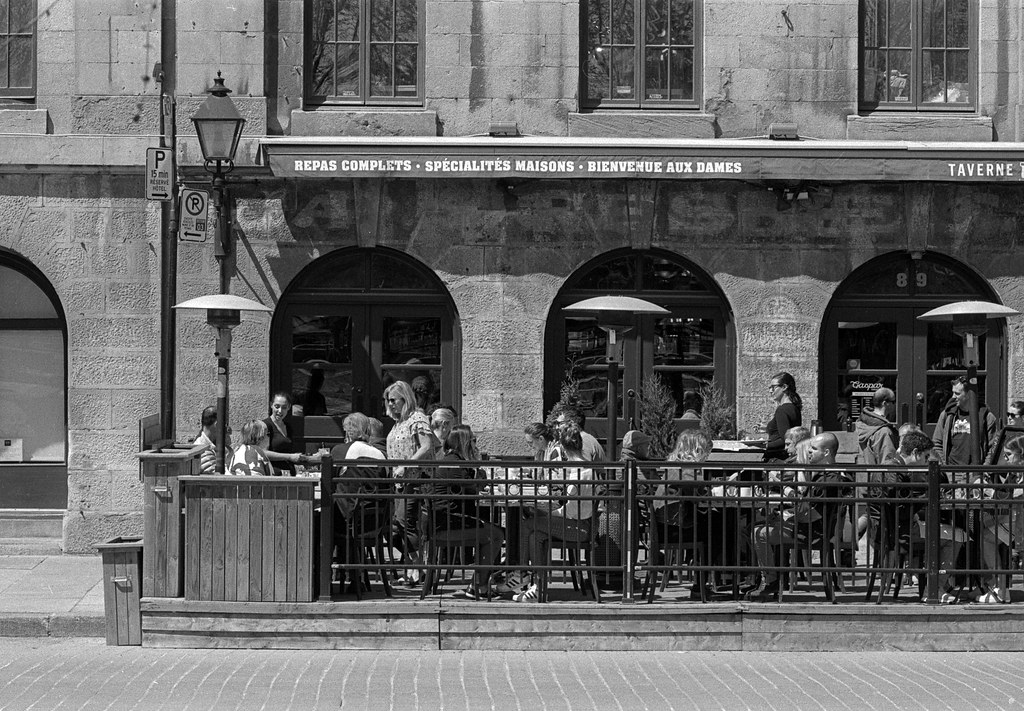 Roll 02 – Kodak HC-110
Kodak HC-110 has always been a benchmark developer for me, and the developer would be the first I used with the film in self-developing and used by Old School Photo Labs for the rolls I sent in. And the first developer that many home developers used with the film. However, it is not my favourite with Double-X, it makes the contrast way too deep, more blacks and whites than the smooth greys that you see on the screen. Yet, if it’s the only developer you have, it won’t be a bad choice. 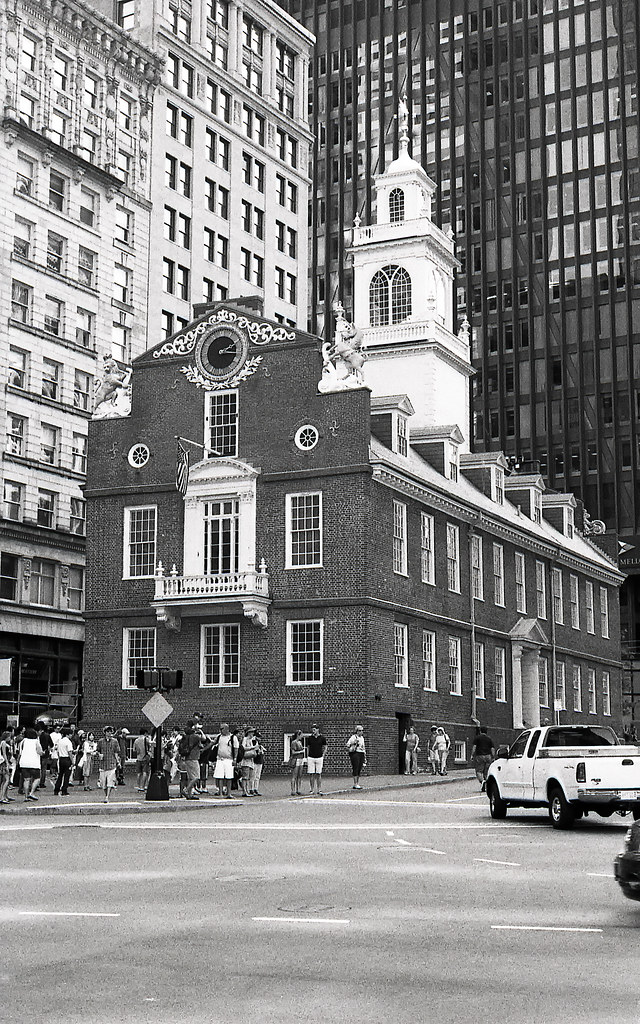 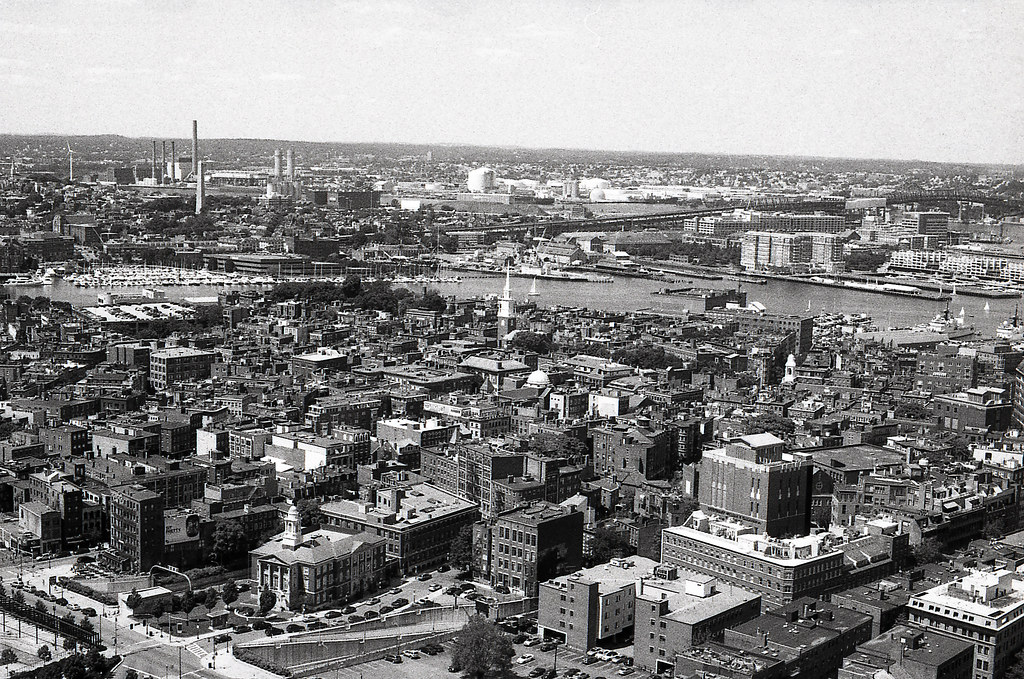 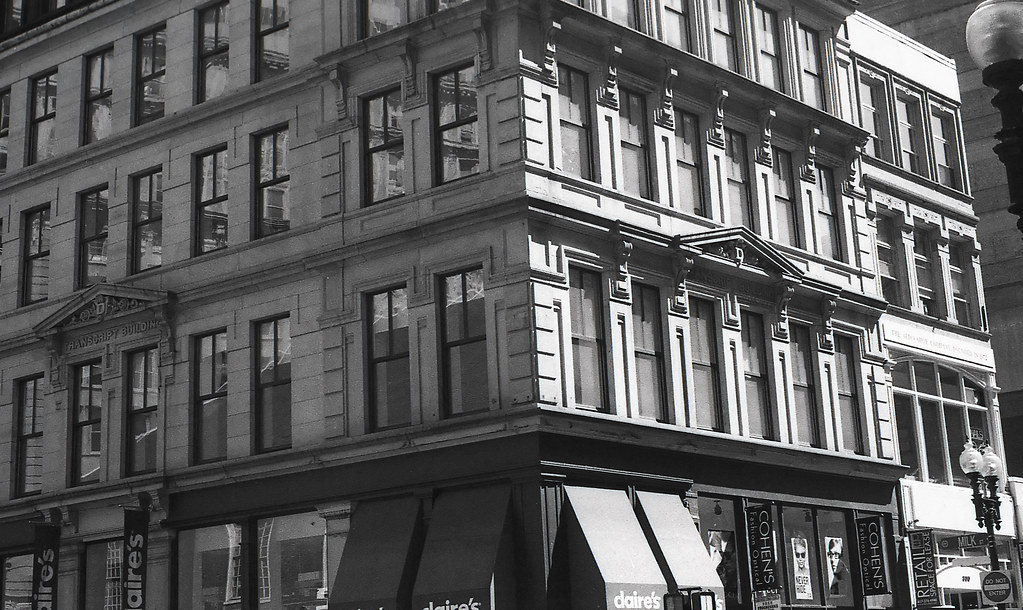 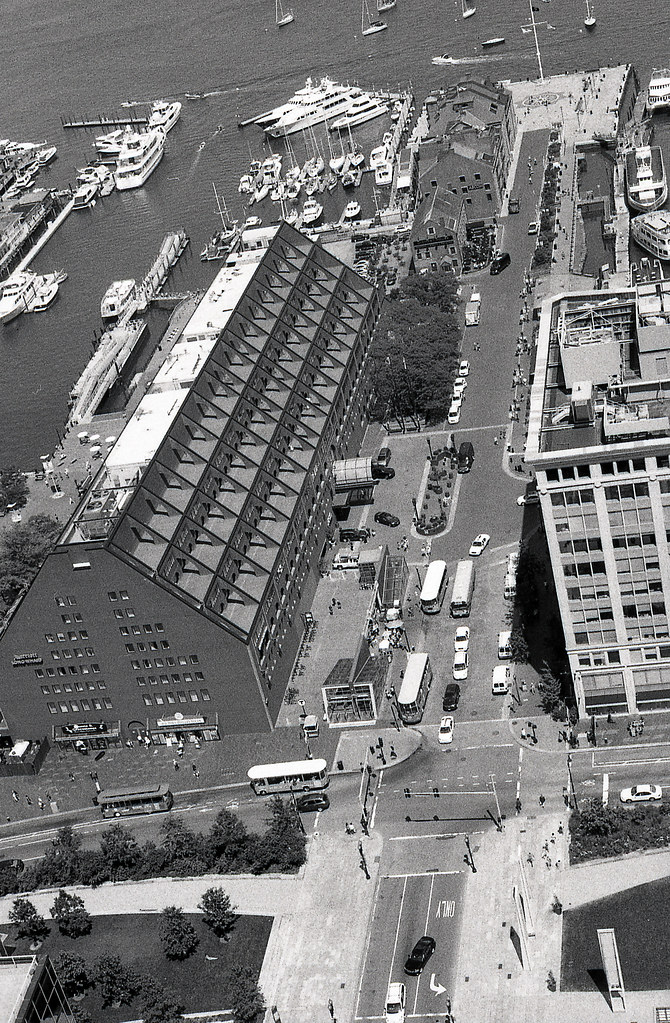 Roll 03 – Kodak Xtol
Double-X is not a fine-grained film by any stretch of the imagination, but then again it doesn’t have to be. We are talking about a film that is designed to be moving through a projector or camera so grain doesn’t matter. Now one might think that a fine-grain developer would help, sadly that isn’t the case either. I actually found that Xtol even diluted doesn’t do as good a job as D-76 at controlling the grain, and again you get a high-contrast look same as HC-110. Again, not my first choice for Double-X. 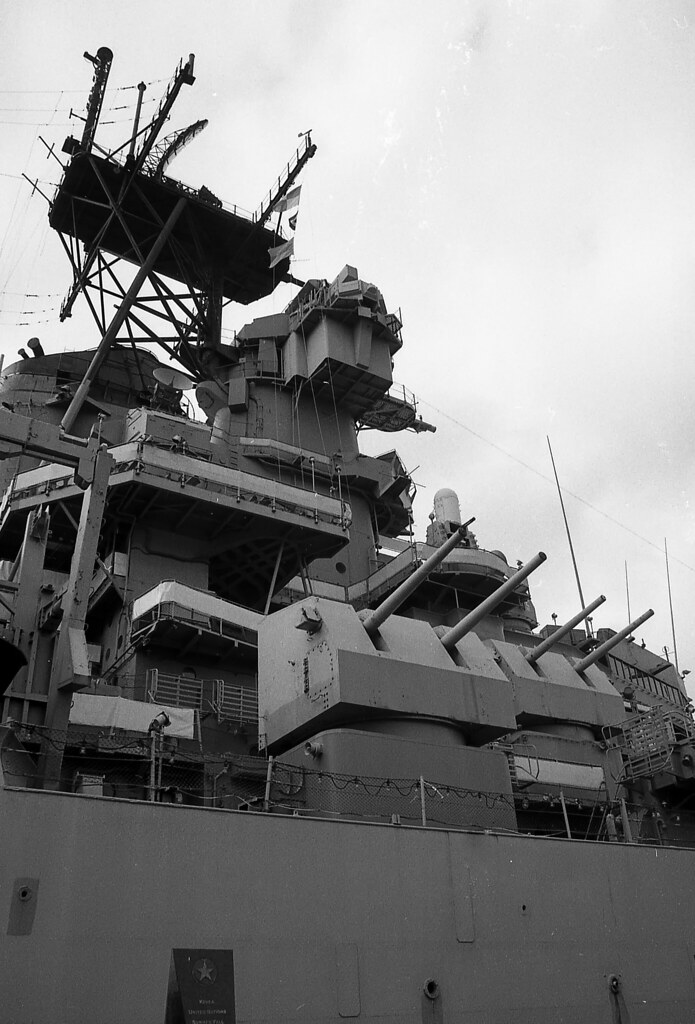 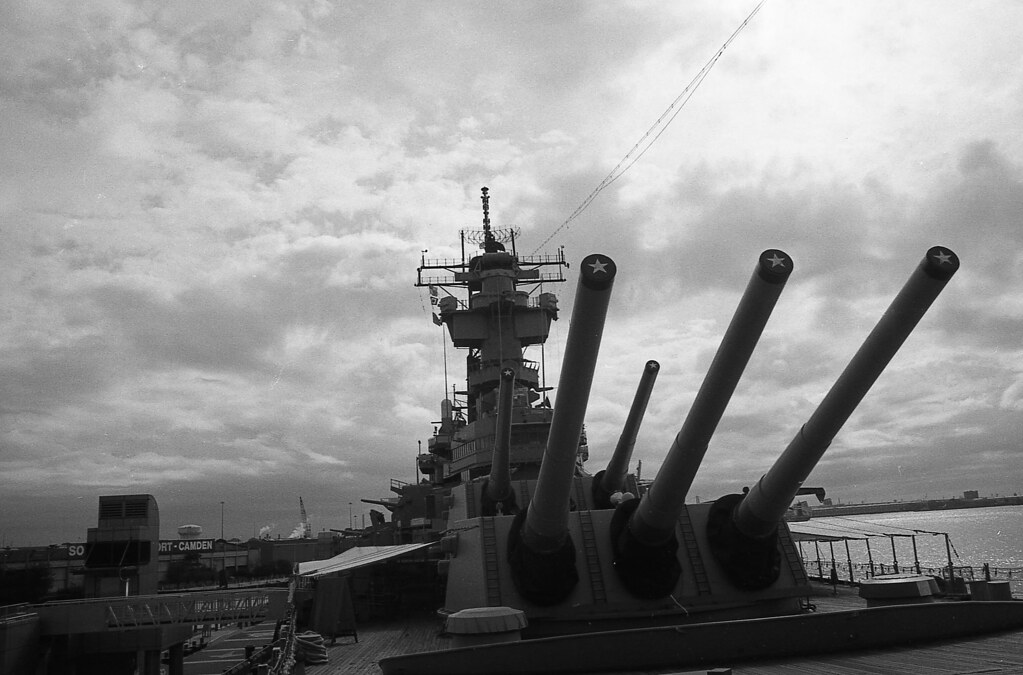 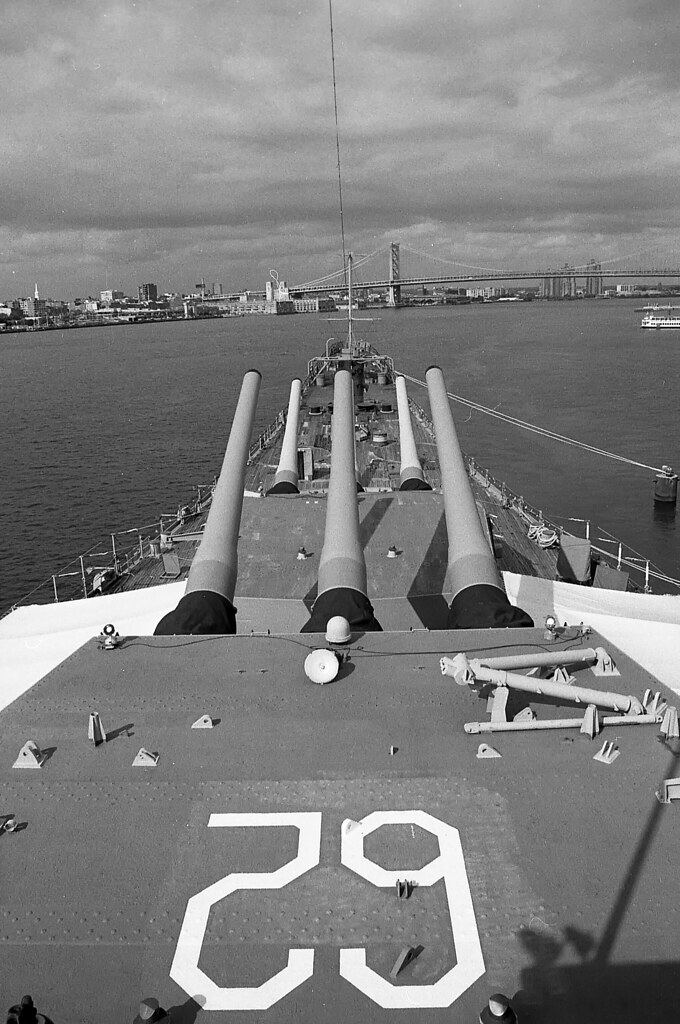 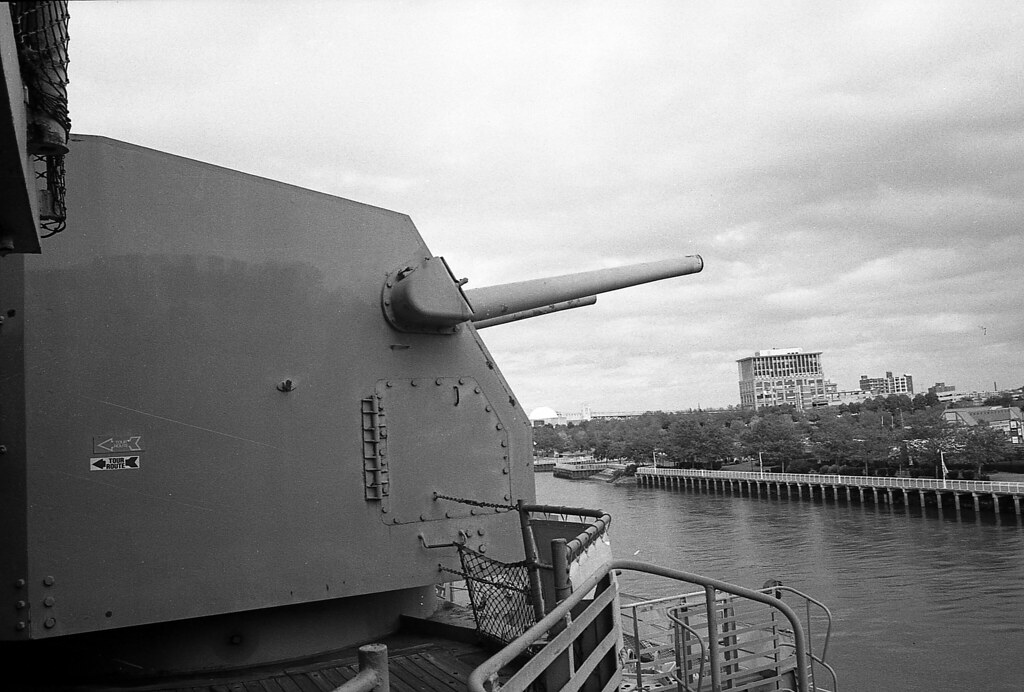 Roll 04 – Kodak DK-50
Kodak DK-50 is a developer that is rare these days but honestly, it does one the better jobs on the film out of some of the earlier developers I used (D-76 was the latest developer). While you still get the grain on the film, but you have those amazing cinematic tones that you expect from Double-X, and plus the grain is not too bad. Now the biggest issue is that you cannot buy DK-50 fresh these days, but if you come across a still sealed pouch it will mix up and work. Or if you feel comfortable enough, just mix it up yourself. 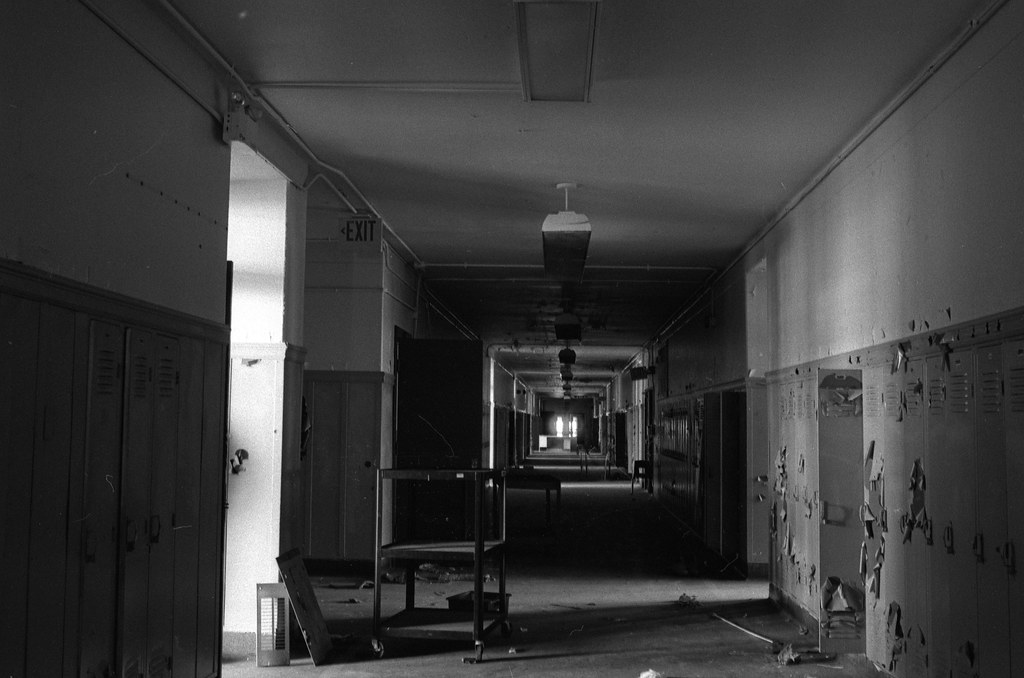 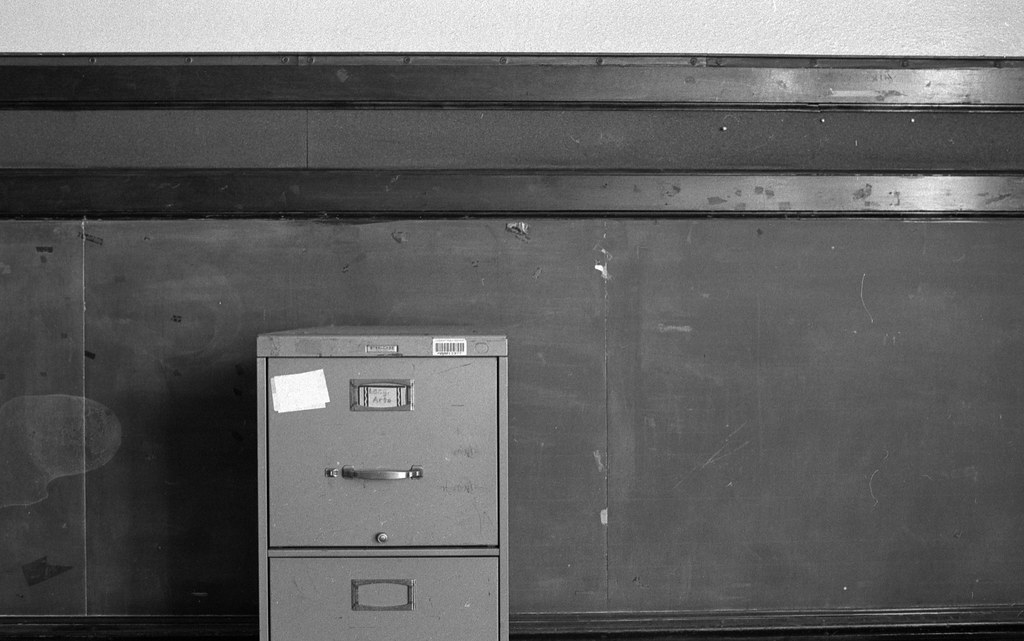 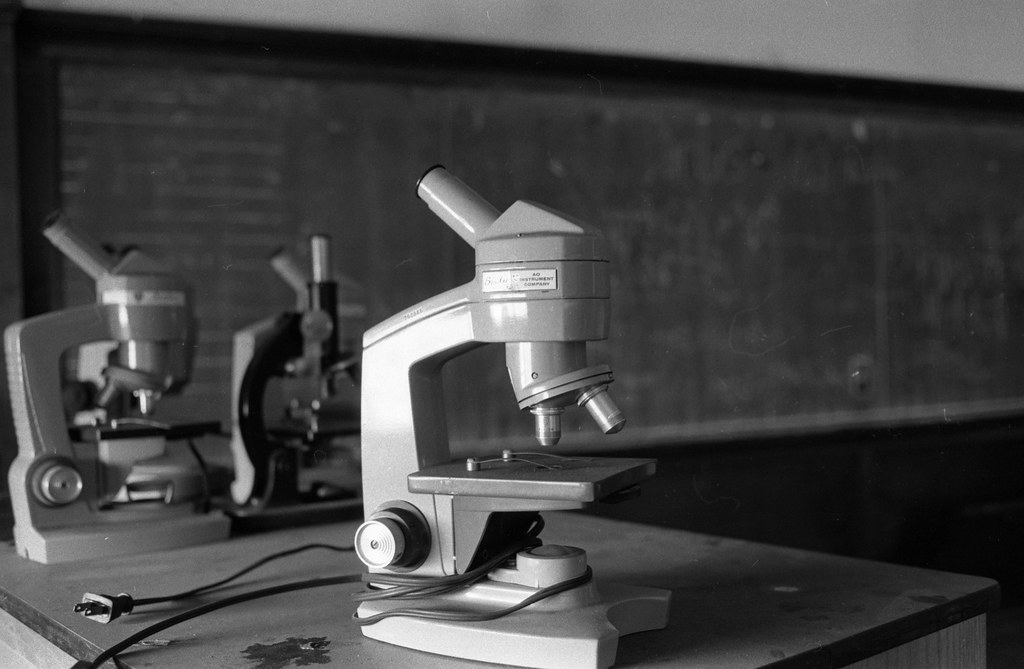 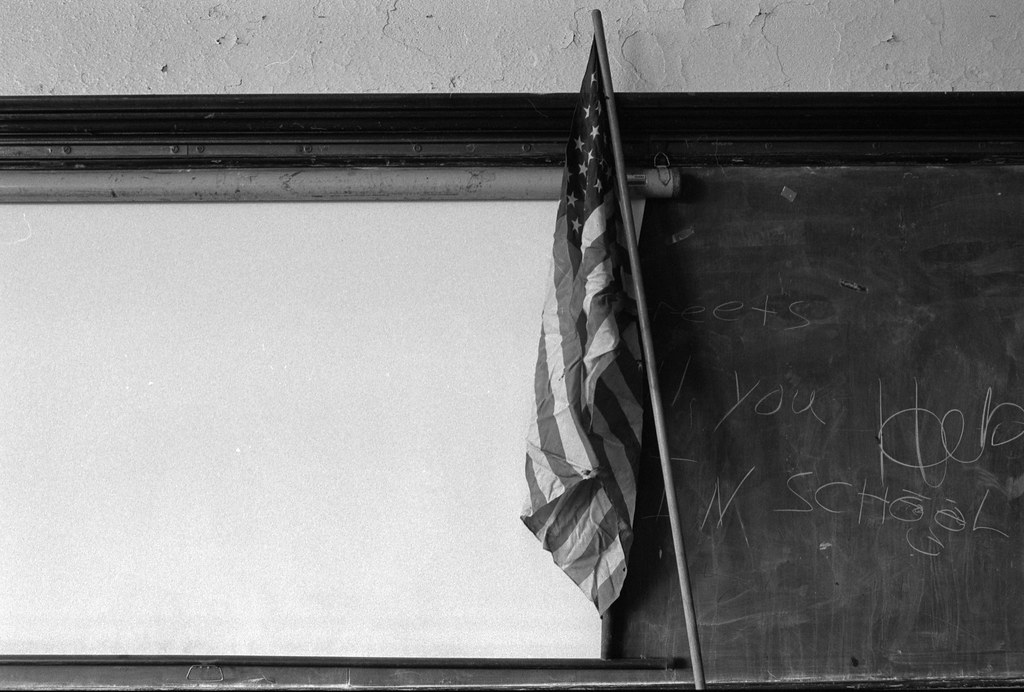 Final Thoughts
As I mentioned in the paragraph in Xtol, Eastman Double-X is not a fine-grained film, as it doesn’t have to be. But if you don’t think too much about the grain the film is a wonderful mid-speed film that will work in any lighting situation indoors, outdoors, direct and diffused light. Think of it as a slower Tri-X, but a very classic Tri-X. While I haven’t run the film through Rodinal, I’d say go for pulling the film back a stop or stand-developing to reduce the effects of the rougher grain. But honestly, if you want the best results in Kodak D-76 stock, 1+1 and 1+2 will all provide strong results. Or just mix up some of your own DK-50! If you want to give Double-X a try, it is mostly available online, you can pick it up from the Film Photography Project and you can get the FPP Branded Double-X through Downtown Camera in Toronto. The same stock can be purchased through Cinestill as bwXX.