The reintroduction of TMax P3200 had a bit of a polarizing effect on the film photography community. Many welcomed it back, seeing this as a positive step for Kodak, a teaser before they get the new Ektachrome back on shelves and in cameras. Others were rather derisive on the move, decrying it wanting films like Plus-X back before a high-speed film because we still have Ilford Delta 3200 and it comes in Medium Format as well! I took a more balanced approach, I’ve only really shot high-speed films a few times, but I figured hey, might as well give it a go. I had shot some P3200 back in 2013 and was none too pleased with the results. But now, having fully fleshed out the film, I’m rather pleased with it. 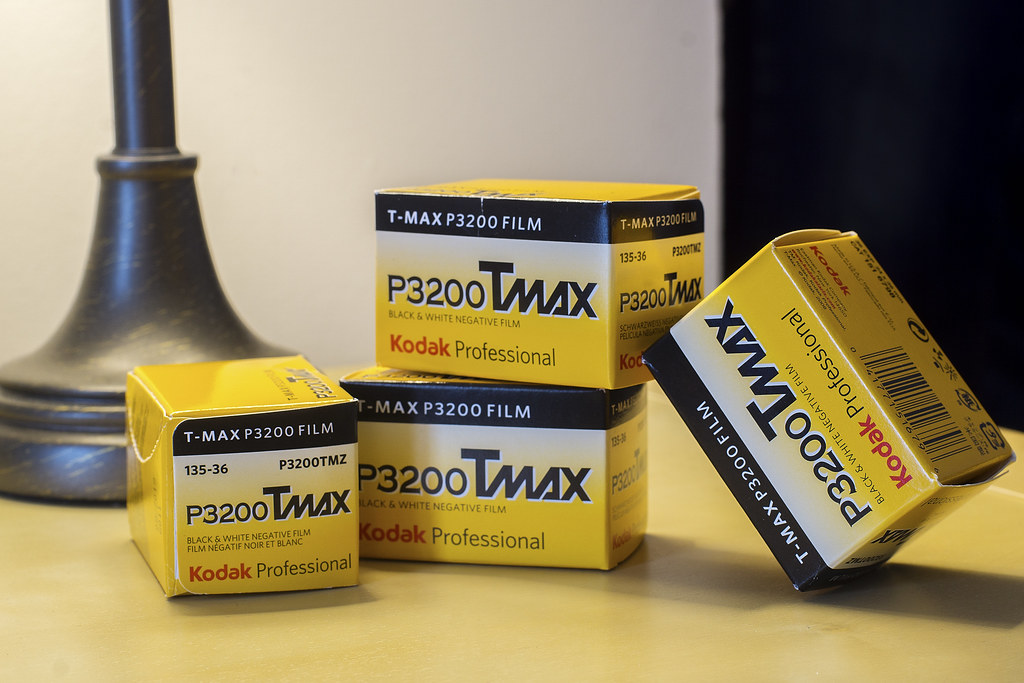 Roll 01 – Kodak HC-110
I do have to say I’m rather surprised at how well the film turned out, giving the rather big pull. The grain is reasonable given all the circumstances. While there’s still a decent amount of grain, it’s pleasing in the sense that it shows that the film still maintains a level of sharpness for a native 3200-speed film. Even with a two stop pull, you get the same tonal range and contrast but that might have the help of HC-110. It shows the latitude of the film both above and below the box speed. 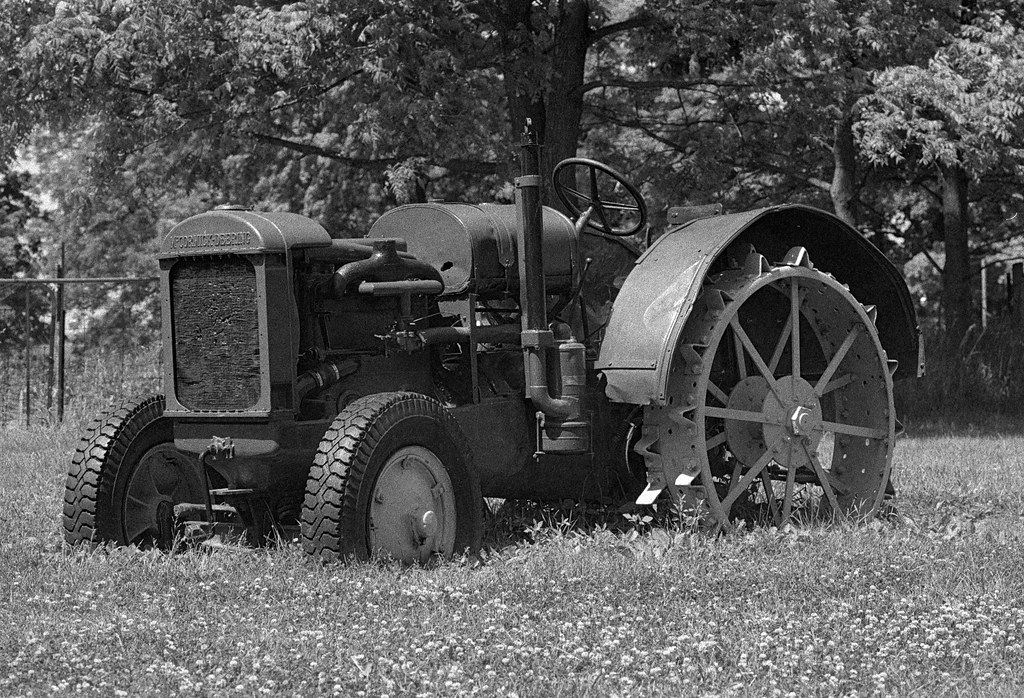 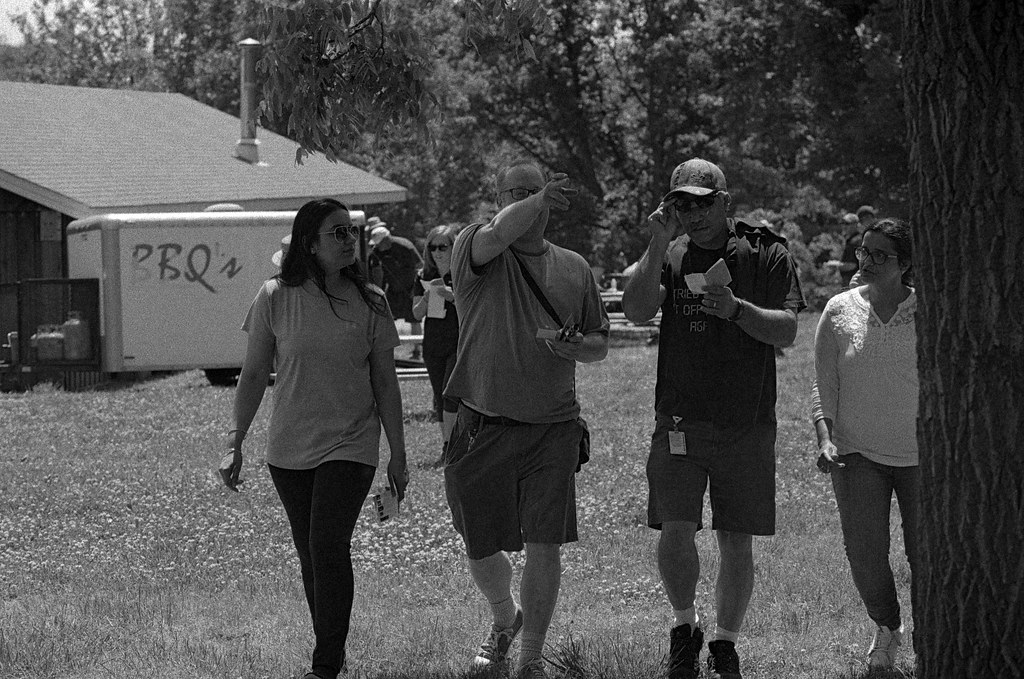 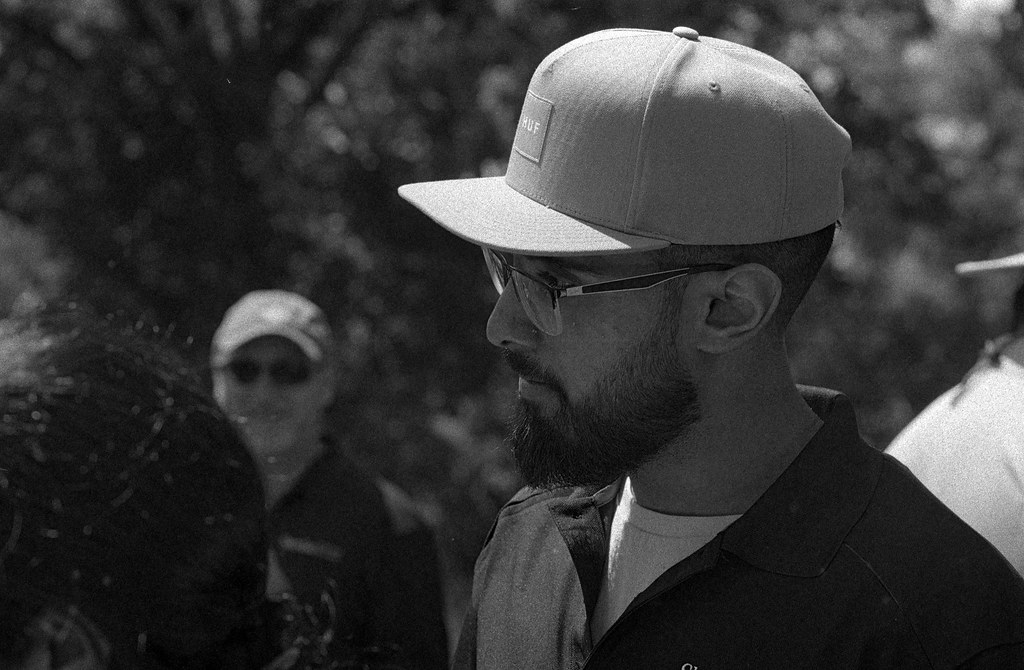 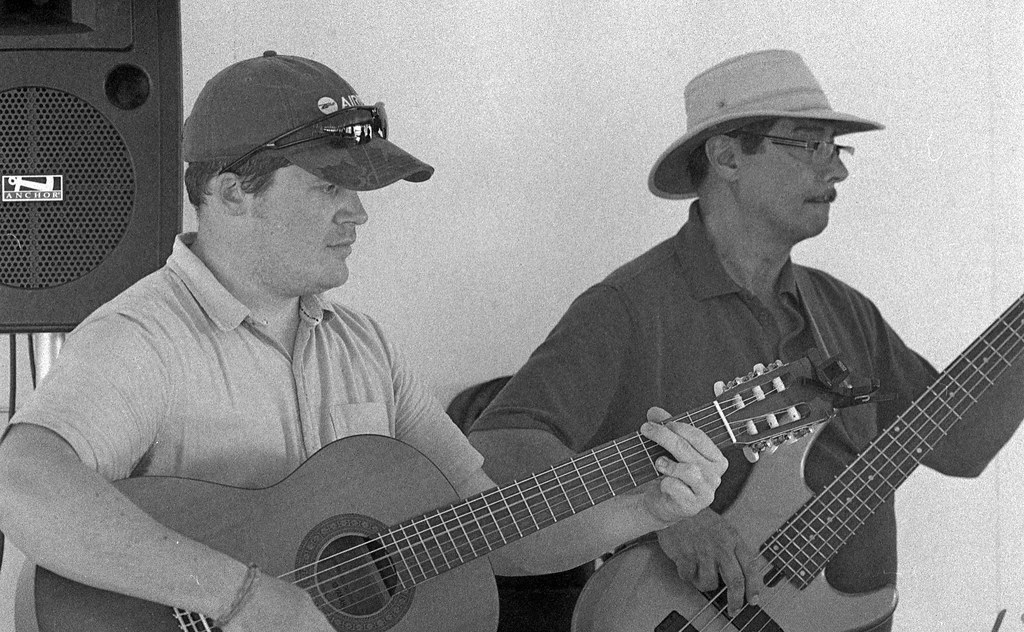 Roll 02 – Ilford Microphen
By far my favourite from the lot, everything you want in a T-Grained film is here, sharpness, pleasing grain, contrast, and tone. With a single stop pull, the film transformed entirely, I actually think the native box speed for P3200 is ASA-1600 looking at these results, heck, the negatives look printable in a darkroom. Probably nothing bigger than say 5×7, but still the results are pretty awesome. And considering I shot these under several different lighting conditions and the results are pretty much constant across the board. We have a winner here. 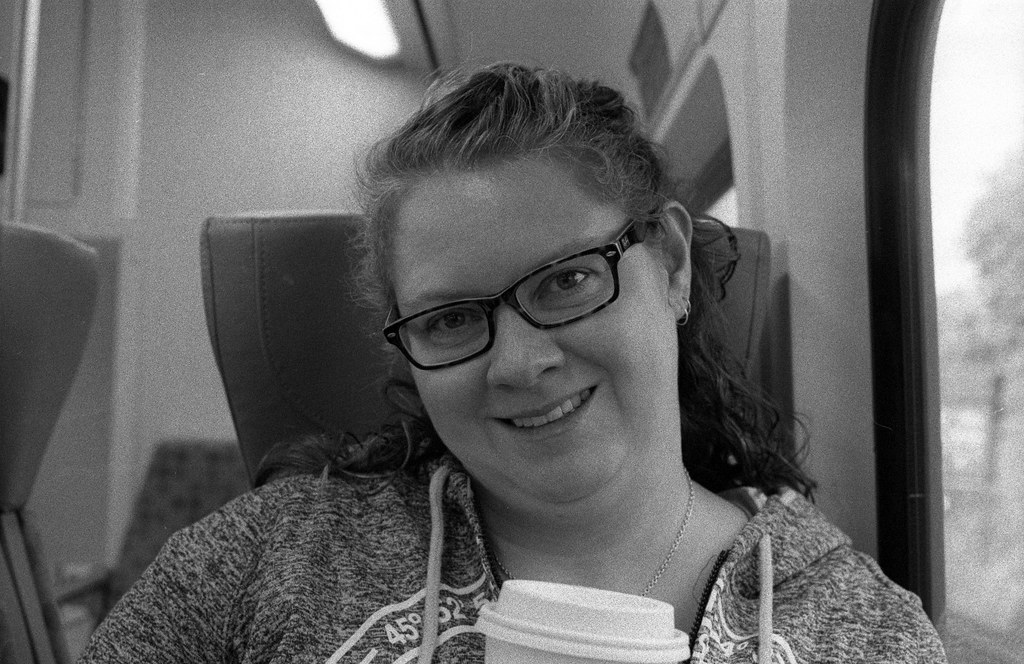 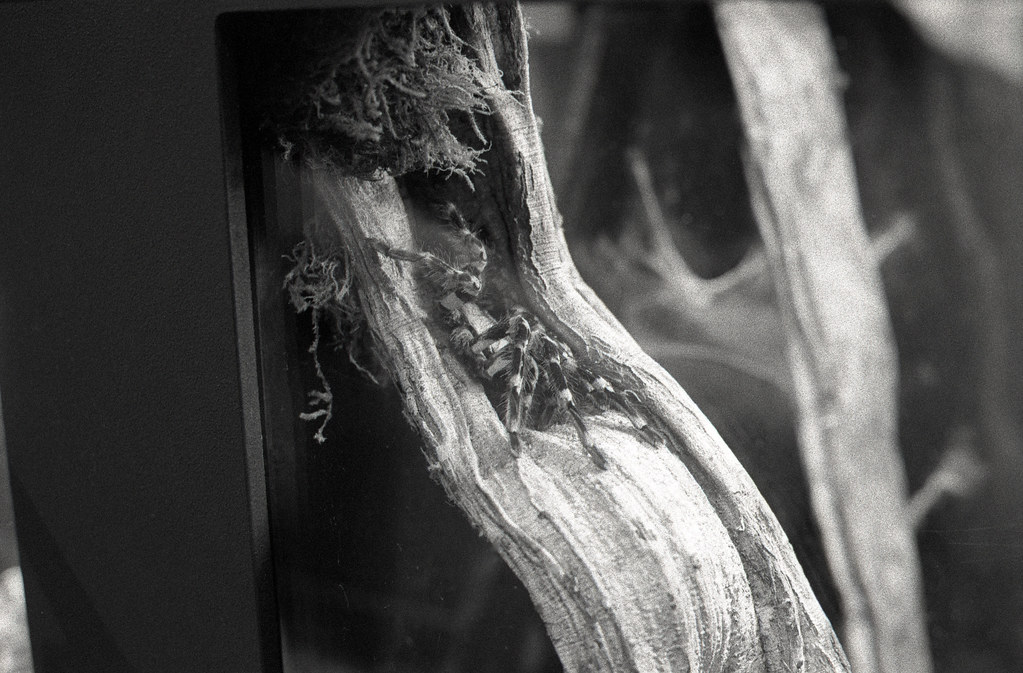 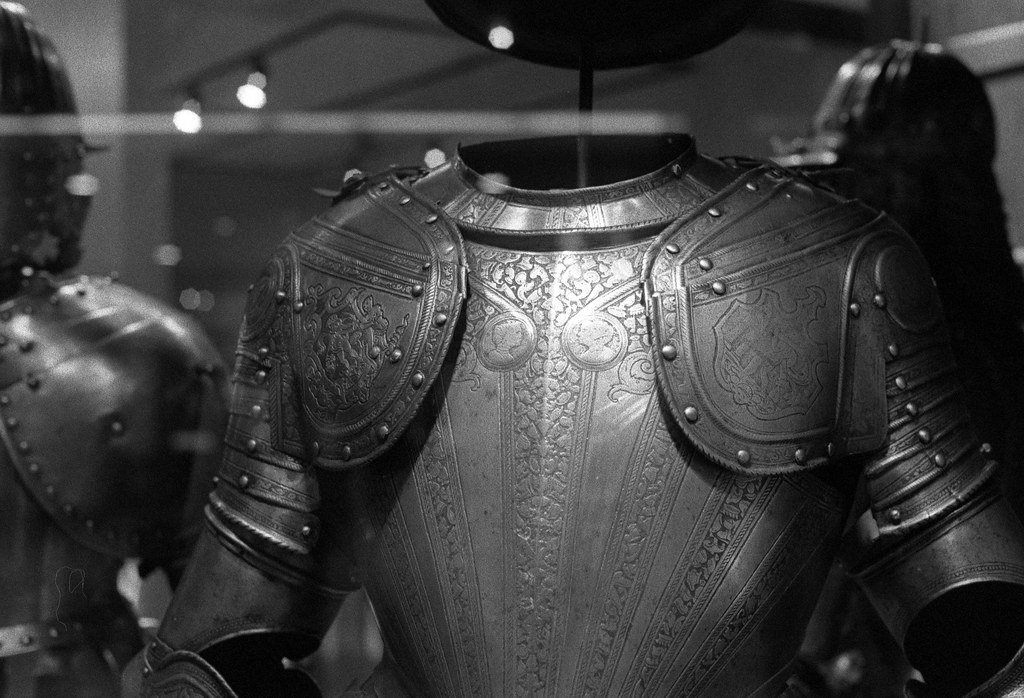 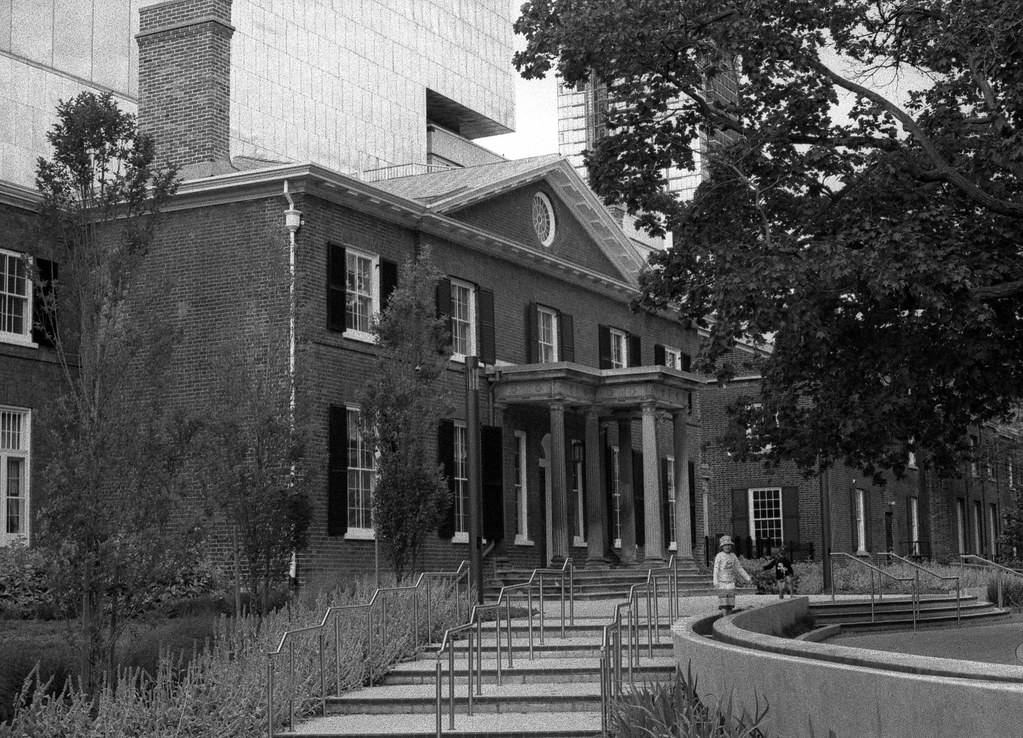 Roll 03 – Kodak TMax Developer
The first thought through my brain when I scanned in the film was ‘would you look at that grain’ oh yeah, but there was no really stopping the grain, but then as I kept moving I noted how sharp the film was even with the grain, it just looked good! And that’s saying something because I was shooting in many cases in really weird lighting conditions. Churches, specifically, the big cathedrals in Quebec aren’t exactly the best for handheld shooting. Yet, I was getting amazing images despite everything, sharp, tonal range is spot on, and an amazing contrast! 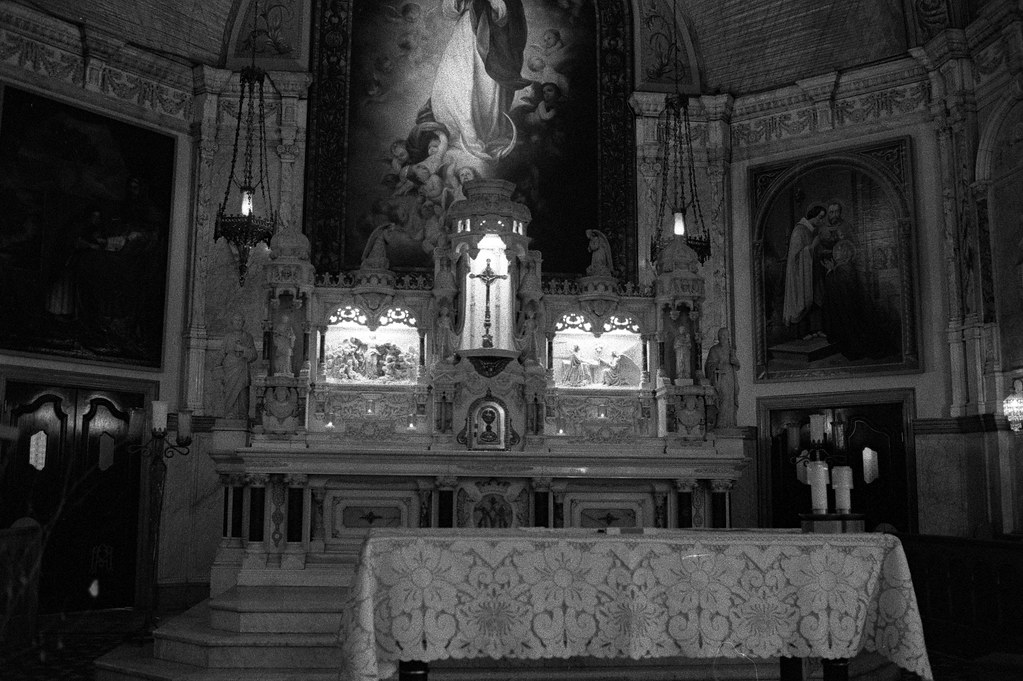 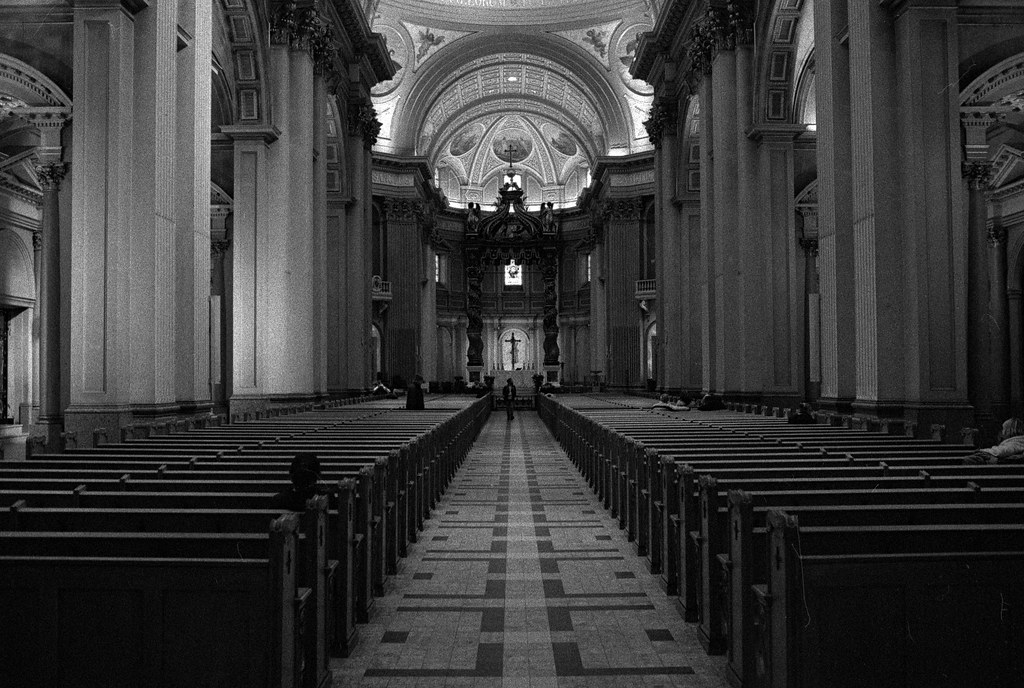 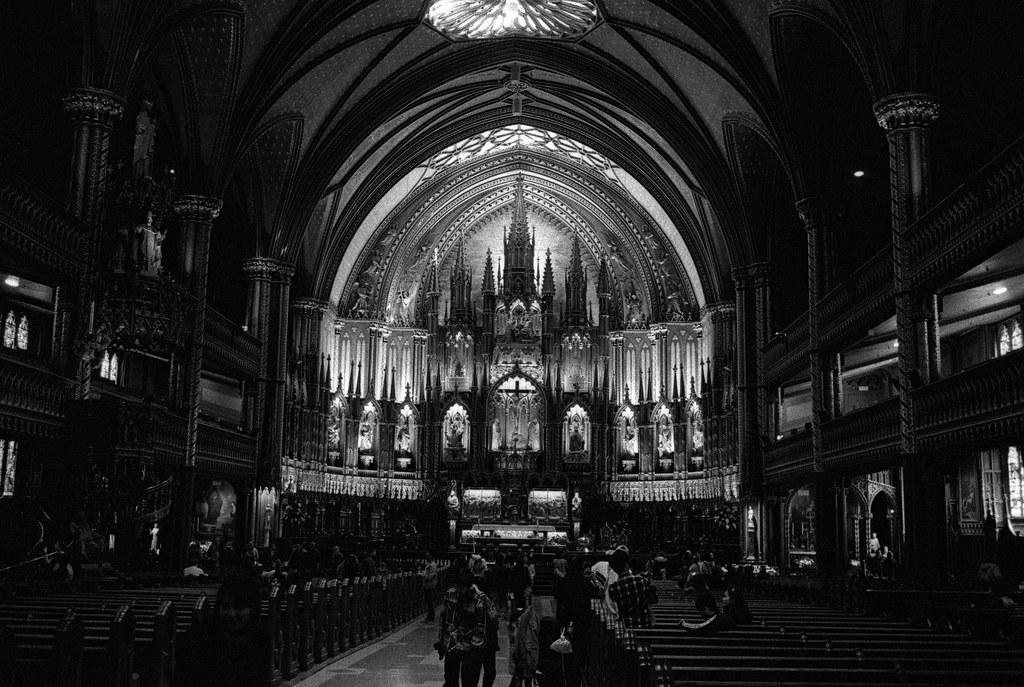 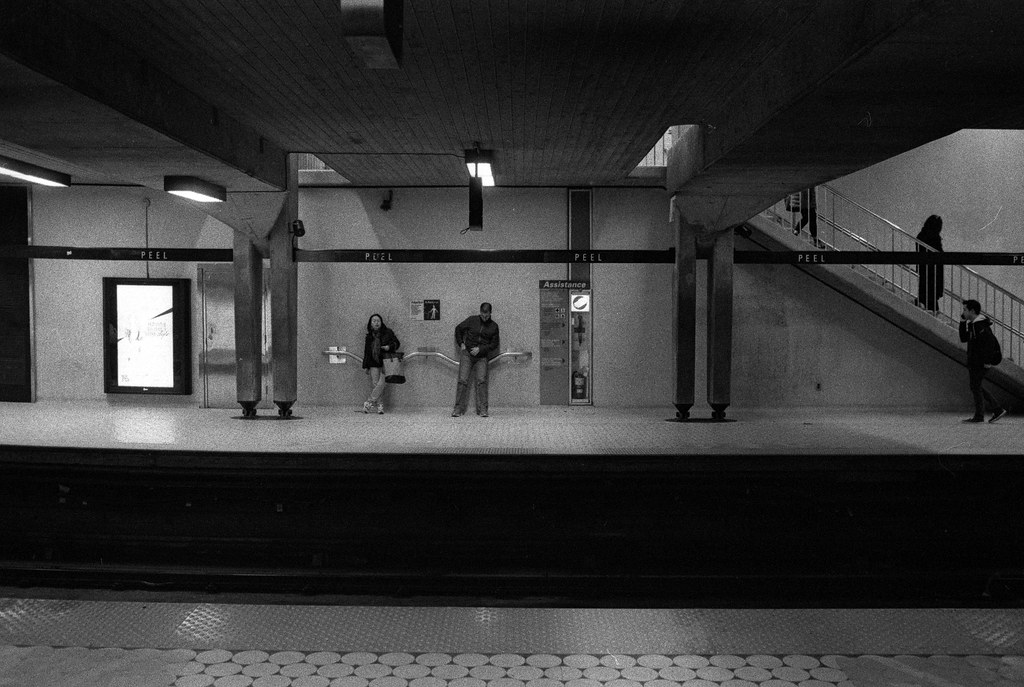 Roll 04 – Kodak D-76
There’s ugly and then there’s ugly, I honestly don’t know what I was thinking D-76 is not exactly the best choice for pushing a film, but sometimes you have to just give it ago. Yet, I found that as I moved through the images I embraced the grain, accepted the dense negatives. I mean what else could you do. While I wasn’t exactly shooting in the best conditions either so there’s a very black and white feel to many of these images. So no, D-76 and pushing the film is probably not your best option, but it might do better if you pulled the film. 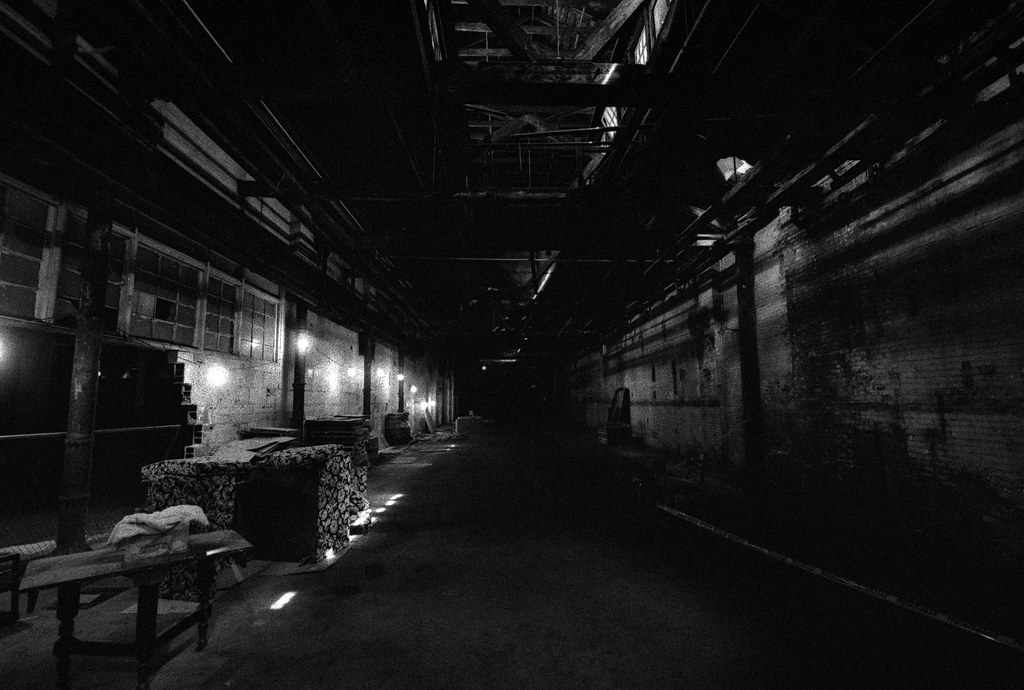 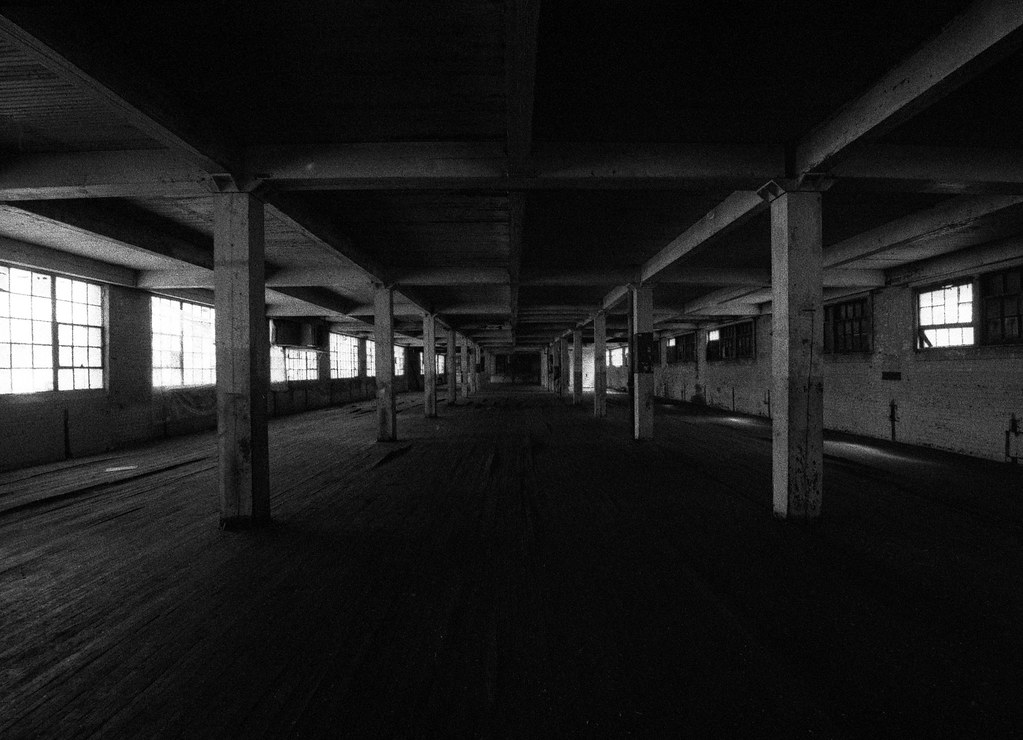 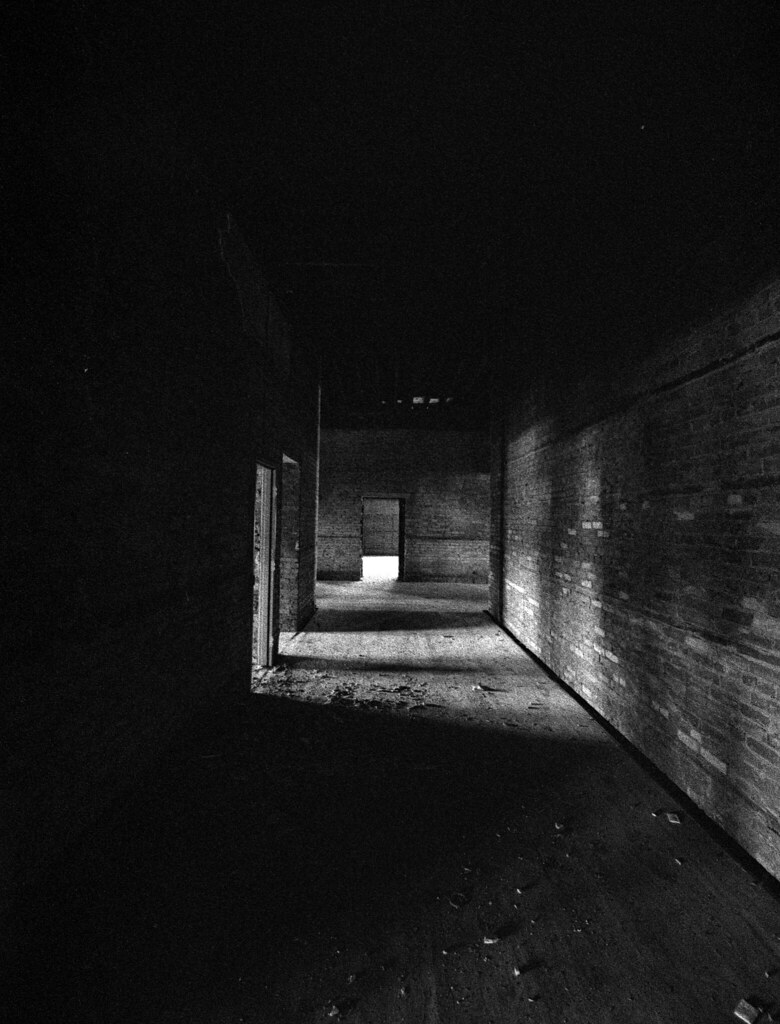 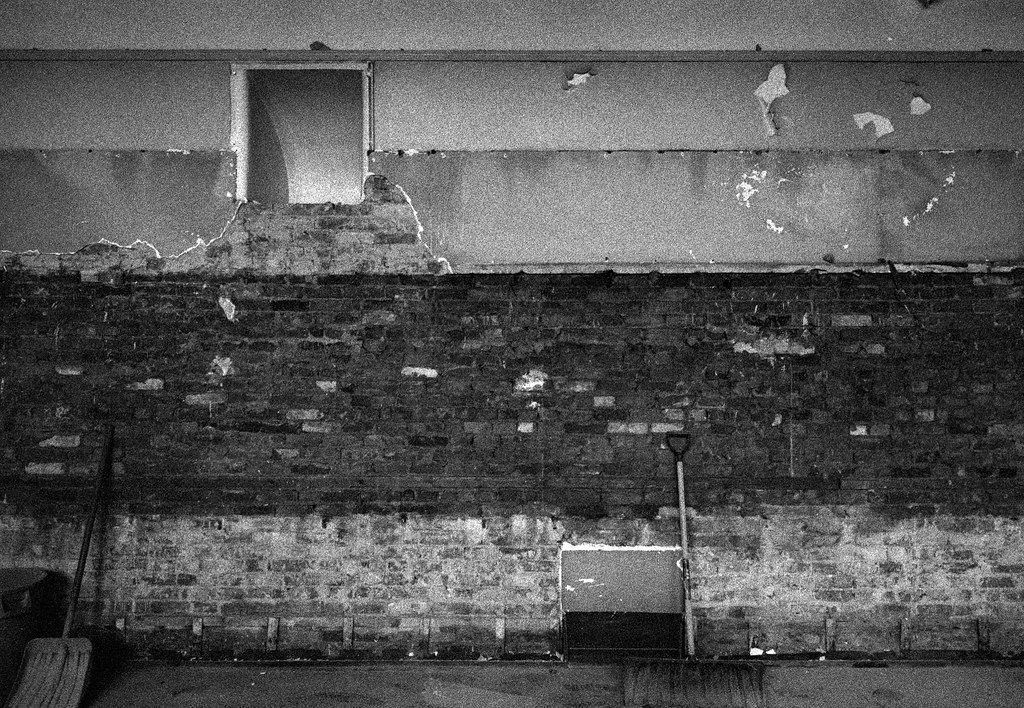 Final Thoughts
Films faster that ASA-400 don’t sit too well with me, but then again if I’m shooting in low light I’m normally using a tripod, however, after shooting through these four rolls I could see myself getting a roll to shoot at a wedding either at 1600 or 3200 my two favourite speeds for the film. And while yes, there’s always Delta 3200, I like to make sure to spread the love around and support all my favourite film manufactures. And if I needed to do some Medium Format work with high-speed films, then I’ll always have Delta! Thankfully, Kodak spread the net wide and P3200 is avalible through all your favourite online and physical camera shops!