As much as I would love to get my hands on enough APX 25 to run a classic film review of that legendary stock, sadly they are few and far between, and when they are sold, often it’s at a premium. In the meantime, how about its faster cousin, APX 100. But the two films are wildly different, APX 100 is a silver rich film that produces amazing sharpness, detail, and contrast. For this review, I got lucky and found 50-sheets of APX 100 in 4×5 which made shooting the film all the more enjoyable. 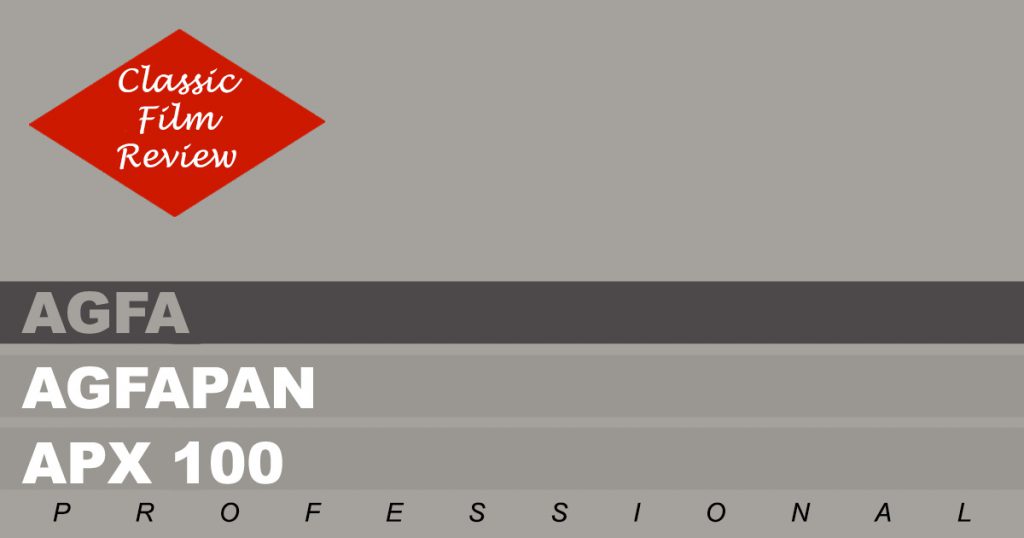 Group 01 – Rodinal
I always knew the APX line of films love Rodinal, I mean, it’s Agfa and Agfa, like Tri-X and HC-110, Pan F and Microphen. But I had always processed with the 1+25 dilution and APX 25, never with APX 100. So rather than go the usual route, I went with 1+50. Now again, I’m giving the film a bit of an edge with the 4×5, but man, the images are sharp, contrasty, amazing tonal range especially in the inconsistent lighting conditions in which these were shot.

Group 02 – Kodak D-76
Just when I thought this film couldn’t get any better, it goes and shows up once again. With D-76 the images are certainly brighter, with no change even with a Stock developer, than the highly dilute Rodinal. It probably helps with the 4×5 negative size, but these images are sharp, but in a pleasing way, not a ‘you’re going to cut yourself’ way that you get with Rodinal. They still maintain good contrast and tonality. Certainly another winner!

Group 03 – Ilford Perceptol
Honestly, I can’t see any special reason to use Perceptol with APX 100. Don’t take this the wrong way, there’s nothing wrong with the combination, it’s just Perceptol doesn’t add anything to the film stock, sure it does a fine job producing the same tone, contrast, sharpness with fine grain that I’ve found with the other two developers, but there’s no change in that. Which shows the power of APX 100 it’s consistent when shot in the same way.

Group 04 – Kodak HC-110
And finally, there’s something a little different the HC-110 certainly lived up to its name and pumped up the contrast. But honestly, I don’t mind because it still looks good. While the tonal range has been reduced, it works in the subject matter. Again you have sharp images and fine grain at the same. Time. I do think HC-110 is a good choice, but I think it would do better is lower dilution, and since I still have several sheets, I do want to give it a go in E, F, and H.

Final Thoughts
Like all expired film, it is important to know how it was stored before it came to you. It also shows that you can shoot at box speed even after a decade. Probably because it’s a slower film and large format. If there’s one thing, I noticed about APX 100 is how consistent it is across multiple developers. I found that APX 100 looked surprisingly the same between D-76, Rodinal, and Perceptol. Only HC-110 bumped up the contrast. I’m glad I have another thirty sheets to play with because I do want to play more with other developers, such as other dilutions of HC-110, Pyrocat-HD, Stand-Developing in Rodinal, Kodak D-23, and TMax Developer.