When I initially beta tested the Derev Pan films the one film that was missing from the test pack with the middle child, Derev Pan 200, so this is a brand new film for me. There aren’t many mid-range speed films on the market today, especially in black & white films. You have Rollei Superpan 200, Derev Pan 200, Svema Foto 200 plus Eastman Double-X. So I had no real understanding of what to expect. Grainery than most films in the Derev line, it presents a generally low to a mid-contrast classic look. The trade-off for the grain is that the film is sharp in any developer or situation. 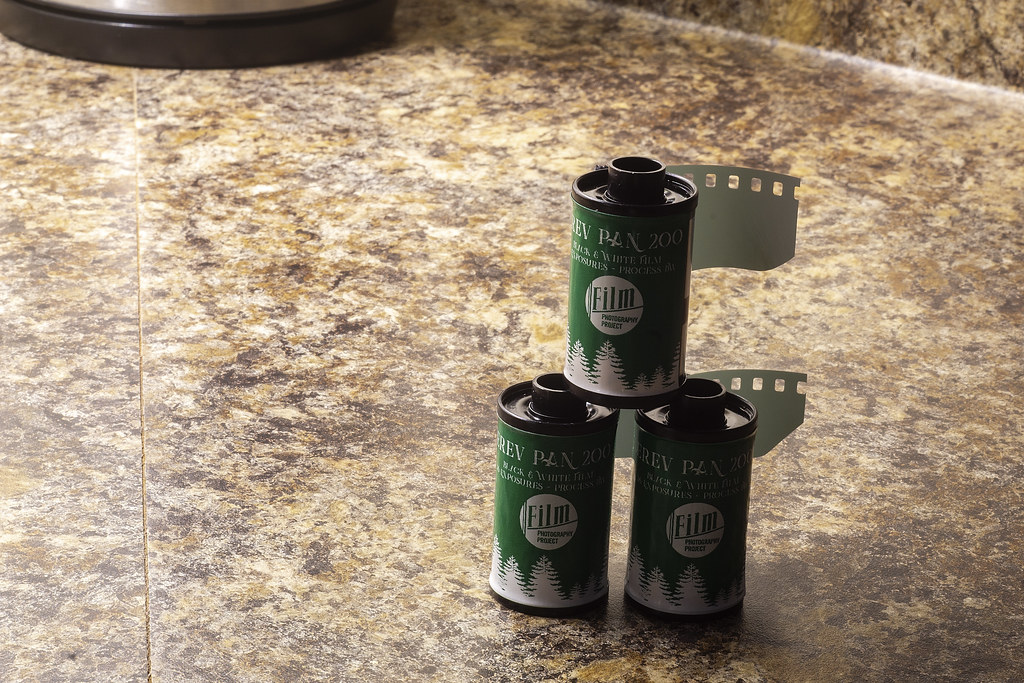 Roll 01 – Kodak D-76
Derev Pan 200 comes out strong from the gate, having only some baseline from the test shots posted online, I had some idea what to expect. However, I wasn’t expecting such a strong showing and pleasing images right at the start. The 200-Speed flavour provided excellent results, grain yes, but only slightly more than what I got with Pan 100, and the same sharpness that I’ve come to expect from the Derev line of the film. But there is an increase in contrast but the same wonderful tone across the spectrum. I’m looking forward to the next couple of rolls!

Roll 02 – Kodak HC-110
Here’s a film that isn’t afraid to show off the grain, but it looks amazing! Here’s what I expected the film to look like, super smooth tones, amazing contrast, I mean dead on contrast. And this is even in weird lighting conditions working in shadows and light, some of it might have been the Nikon FA, but the film has a dynamic range that certainly helps. The images are sharp, and yes the grain is there, I find it rather pleasing all the same.

Roll 03 – Rodinal
Well, that sure is a lot of grain, I mean I didn’t expect this much with a 1+100 dilution and stand-developed. But don’t let the grain scare you off because you maintain the film’s sharpness and these images are sharp! The contrast is in the low-to-mid-range and again the contrast was probably helped by the yellow filter. Not my favourite, I think this film would do better in a 1+25 or 1+50 dilution to help kick up the contrast. Although it probably will kick the grain up a bit more but shouldn’t be too bad.

Final Thoughts
Let’s talk about the film base, the super-thin base is both a blessing and a curse, so let’s break that down. First, the polyester base gives the film a strong foundation so there’s a good chance it won’t tear in most cameras, having used it in two autoloaders and the FA with the MD-15 drive I had no issues with loading or unloading the film. However it is susceptible to light piping, so it’s best to store and load in dim light and store both before and after loading in black film canisters. As for loading onto reels for developing, I had no issues with plastic Paterson reels but having no steel reels I cannot speak to those, but I have heard that some people struggle. My best suggestion is that you wear gloves and take it slow and that in the case of plastic make sure they’re super dry! But the plus side is that after developing the base lets the film dry flat, no curls or cupping here. Scanning in the Coolscan V is great, the feeder grabs the film quickly and performs the autofocus and autoexposure with little complaint or lag. The scans are easy to edit with some adjustments needed and few aberrations from the scanning process. Derev Pan 200 is my favourite of the three, with the best balance between grain and sharpness, with HC-110 doing the best job. The best place to purchase Derev Pan 200 is through the Film Photography Store!