Among those who have shot the Derev Pan line of films the favourite is Derev Pan 400, and I do agree with that. When I ran the beta tests for the film, it was Pan 400, that was my favourite. Being a 400-Speed film, I thought there would be more grain than I expected, images were super sharp, incredible tones and contrast. You can run this film through any situation and developer and get some incredible results! 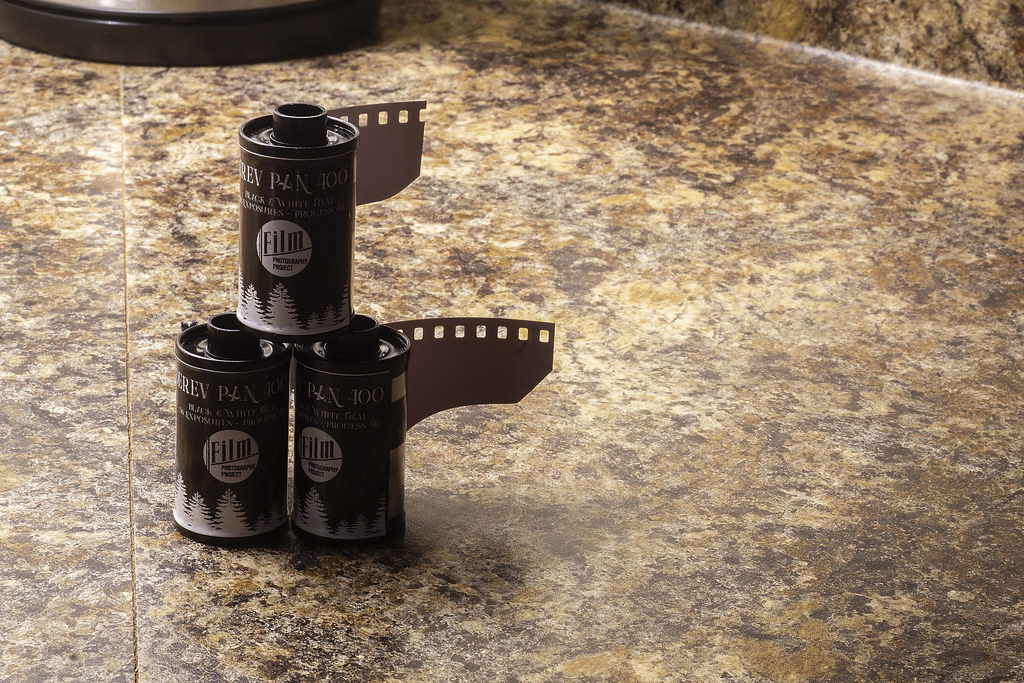 Roll 01 – Kodak D-76
I have to say I came into the review already impressed with Pan 400, but the results I saw with this first roll in D-76 only proved my opinion. The first thing I noticed is that the grain on Pan 400 is far finer than what I found in Pan 100 and Pan 200. There’s also a higher contrast, which could be due to the harsh highlights and shadows in the early morning in the downtown. Yes, the images maintain a decent tonality across the spectrum. If this is how the film behaves in D-76 Stock, I will hazard a guess that the results are even better in a 1+1 dilution. It certainly gives me hope for even better results in the other rolls!

Roll 02 – Kodak HC-110
I think I undercooked this roll, but it doesn’t matter because I got some decent results all the same. While they might not fully show off what Derev Pan 400 can do in HC-110, I think it works all the same. The contrast is fairly high, with deep blacks and clean whites, but you still have a decent tonality. Sure there’s an uptick in grain, but still pleasing. Not to mention all these images retain that lovely sharpness I’ve come to enjoy with Derev Pan 400. I would bring the developing times up to at least six minutes if I used Dilution B again.

Roll 03 – Rodinal
I find it rather hilarious that the film stock that I thought would look the worst in Rodinal (even stand developed) would be Derev 400, I mean I had some bad experiences with Svema Foto 400. But the surprise is that Derev 400 looked just as good as the 100 and 200 options. But with a much finer grain, which is what blew my mind. While I think the stand-developing did not work 100% here, they were a little on the dark side but nothing that I couldn’t fix in Photoshop. It might have done better with a slight pull to ASA-320 to help bring up some of the shadows. However, there is a certain quality to these images with decent tones, high-contrast, not to mention sharpness and fine grain. I would love to see this film done in a regular dilution of Rodinal to see what the results could be; I’m sure they’ll be amazing.

Final Thoughts
Personally, Pan 400 is only my second favourite. It has amazing sharpness with a fine grain I have not yet encountered in a 400-speed film from Eastern Europe. Not to mention the speed with a touch of latitude needed for a fast film. I’m sure Derev 400 would respond wonderfully with a push or pull a stop or two in either direction. And while it is on a polyester base, it doesn’t suffer being super thin like Derev 200 and handles rather easily with both loading the film into the camera and onto plastic Patterson reels. While I did not include the images in this review, my favourite way to shoot and develop the film is with Pyrocat-HD with a slight pull to ASA-320, complete winner right there. If you’re looking to try something new and a little different, then I do suggest Derev Pan 400. The best place to purchase Derev Pan 400 is through the Film Photography Store!