There were plenty of photographers out there who seemed happy that Kodak ColorPlus 200 came to the North American market. But the real question among many was what is the film stock exactly? If you look at the box lots of the standard text is not only in a foreign language but even in foreign characters. Once I opened up the box and popped out the canister, the mystery would be solved, the film canister clearly says Kodacolor 200! Kodacolor itself is an old film stock and was Kodak’s first colour negative film released and produced from 1940 to 1963. The next version, Kodacolor-X was introduced in 1963 and had a film speed of ASA-64 (as opposed to the original film speed of ASA-32). Both these stocks used the C-22 process. There was a year overlap between the old C-22 Kodacolor-X and the C-41 process Kodacolor II, with Kodacolor II being released in 1973 and Kodacolor-X being discontinued in 1974. Initially rated at ASA-80, a year in the speed was increased to ASA-100. In 1977, Kodak introduced a 400-Speed version of Kodacolor. In 1982, Kodak released four versions of Kodacolor VR with speeds ratings at 100, 200, 400, and 1000 all of them using the new T-Grain technology. VR-G versions were introduced in 1986. Today they’re better known as Kodak Gold. So what film stock is ColorPlus? From what I’ve read online and pieced together where multiple sources seem to agree, this is based on the Kodacolor VR200, so an older emulsion that was moved out of North American production for the South Asian market, and now returned to the North American Market. Where does it sit? Well based on the cost here, it’s somewhere between the consumer films and the professional films, aimed more for the nostalgia the colour palette produces. 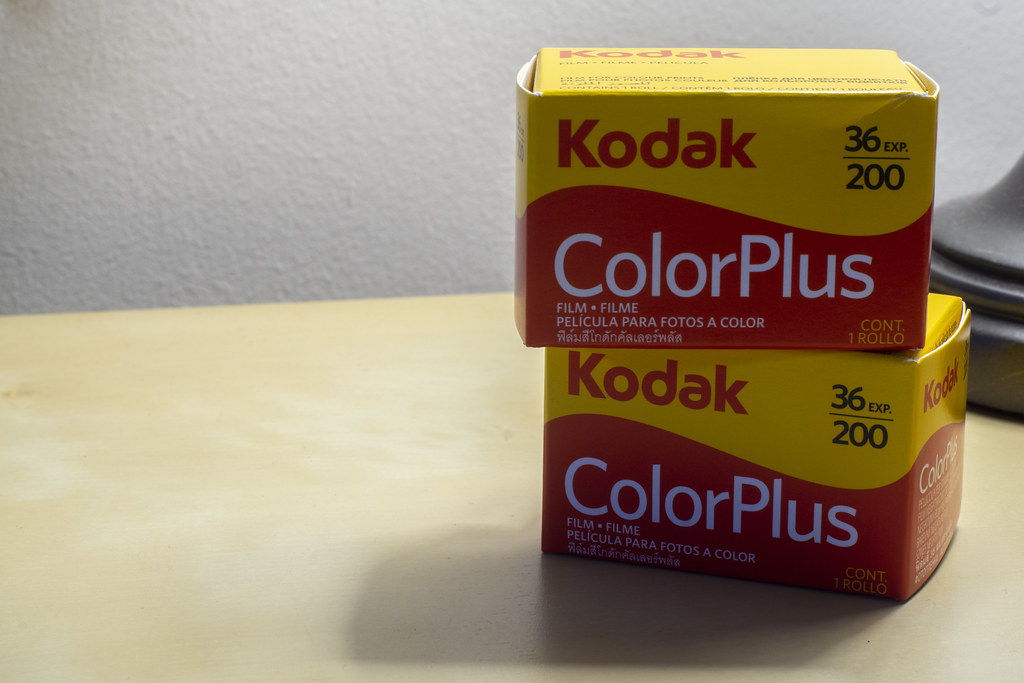 Colour Rendition
Honestly, I would put the colour rendition for ColorPlus between Ektar 100 and Portra 160. It’s a nice classic palette, that gives you the punch in warmer colours like reds, yellows, and oranges, and soft tones in the cooler colours. The contrast is around a middle ground. This is a film that is clearly designed to work better under sunnier conditions, as even under partly sunny lighting the film behaved in a totally different way, with warmer tones lending the film more towards a red colour cast, and under a bright overcast, you have much cooler tones. The one colour that seemed to get lost in all this is the greens which were being closer to a cyan. And the warmer colours were far more muted. Overall I find the colour palette very pleasing, a nice mix between punchy contrast and almost pastel colours.

Image Quality
What amazes me is the quality that ColorPlus has, given that it is a stock that first came out in the early 1980s. So, you will encounter a bit more grain than what you’re used to, this is first-generation T-Grain technology, so it’s sharp, but has a little more grain. And any major grain issues you don’t see when viewed full, only under serious pixel peeping do you see the grain. And yes, I am rather surprised at how sharp these images are even after scanning. I would say that the film has a medium contrast, affected only by the lighting conditions and the lens. I found the images more contrasty when shot behind the Zuiko glass on the OM-2n than behind the Maxxum glass on the Maxxum 9. The film performs the best in outdoor light, both in partly sunny and overcast conditions with little effect on the colours and it even did well indoors under mixed lighting conditions with any colour temperature issues easily adjusted in Photoshop. Although I will add that the film will probably give you to best performance in full sunlight and I will certainly get a roll to try it out when we actually get decent sunny and/or partly cloudy days later this year.

Scanning
I will always be the first to admit, I don’t like scanning colour film. It can be a fickle beast, and thankfully the Nikon Coolscan V does make it easier. But I will say in this case, ColorPlus is an easy film to scan. And while nothing ever scans in perfect, I had to make no manual adjustment to get the images and Photoshop’s automatic functions didn’t make any major shifts from the initial scan. While the scanning did introduce some colour aberrations in the images, these again were easily removed with little loss in overall image quality and sharpness, and any loss easily added through a light amount of post-sharpening.

Overall Impression
I like this film, it has a certain old-world flavour tempered with a dash of nostalgia. I’d venture so far to say this film looks like my childhood and there’s a strong chance that many of the photos found in my family albums at my parent’s house were captured with Kodacolor. While I did shoot this film during the winter months, including a day following a snowstorm, ColorPlus is a summertime film, but will also work in any condition you throw it in. And you don’t need to shoot this behind lenses from the 70s and 80s, it performs just as well behind modern glass. And I’m hard-pressed to choose which ones I liked more, the stuff shot with the OM-2n or the stuff shot with the Maxxum 9. And while I don’t see myself shooting ColorPlus a lot (only because I don’t shoot a lot of colour film), it is an inexpensive film even with it being imported. Through the Film Photography Project with the exchange it works out to 6.45$ (4.89$ USD), Downtown Camera carries it for 9$ a roll and Argentix.ca for 6.59$ a roll. So yes, even in Canada it is one of the least expensive films on the market, but don’t let that stop you. ColorPlus will certainly be a colour film I’ll reach for more when I desire to shoot colour film.