While Film Photography has been around for a while, some recent developments have occurred within the hobby and community. So in today’s episode, Alex, James, John, and Bill sit down to discuss the recently B&W developers they’ve been using and the newest photo-sharing site, Grainery!

Developers Mentioned On Today’s Show
510-Pyro
A new player in town, 510-Pyro, takes a typically toxic developer type and tones it down to something far safer than even Pyrocat-HD. First released in 2006 and refreshed in 2012, 510-Pyro is another magic bullet developer. It offers everything you love about a pyro developer; it gives you that desired stain on the negative (more with the non-acidic fixer, but still present with a normal fixer), plus high acutance, fine-grain, superb tonal separation and lots of forgiveness. You can easily pull out shadows and highlight details from the negative even if they look underdeveloped. 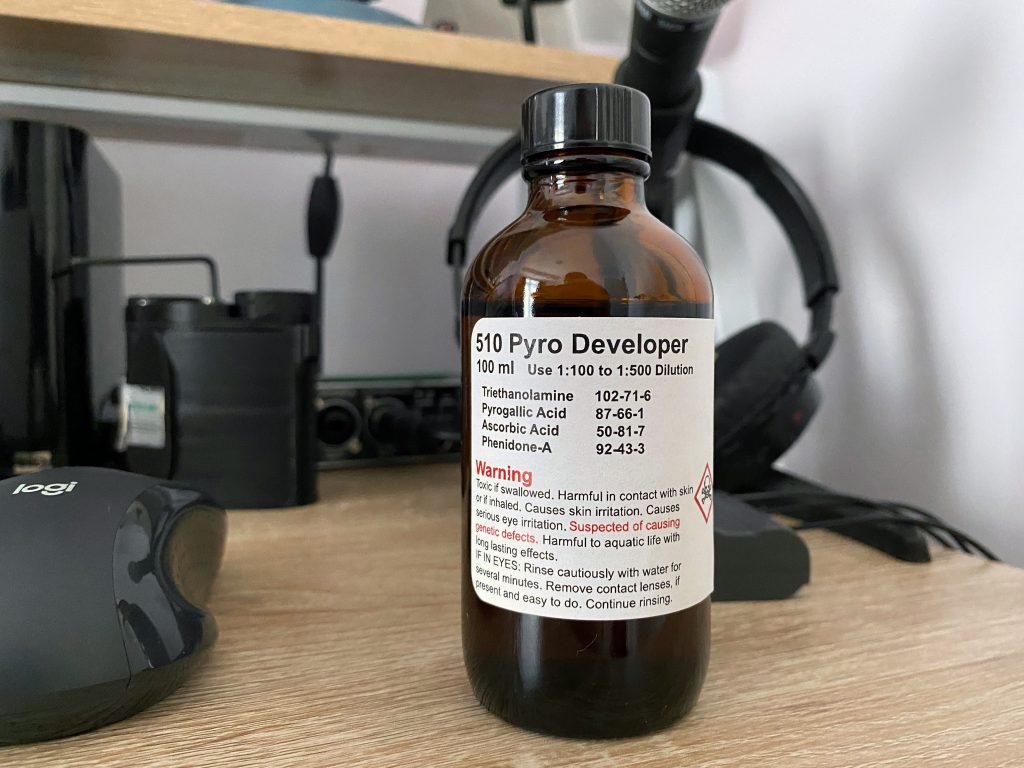 SPUR HRX
HRX is a bit of an odd-ball developer, especially how you mix it from concentrate. It is an alternative developer to something in the pyro category and can be a bit of a magic bullet. HRX is a developer that tries to check all the boxes with fine grain, sharpness, and close-to-box speed. And while James has been able to get the results he wants out of stock standard developers, but realises that he didn’t shoot things just right. But HRX certainly gets him the results he wants from how he shoots the film. 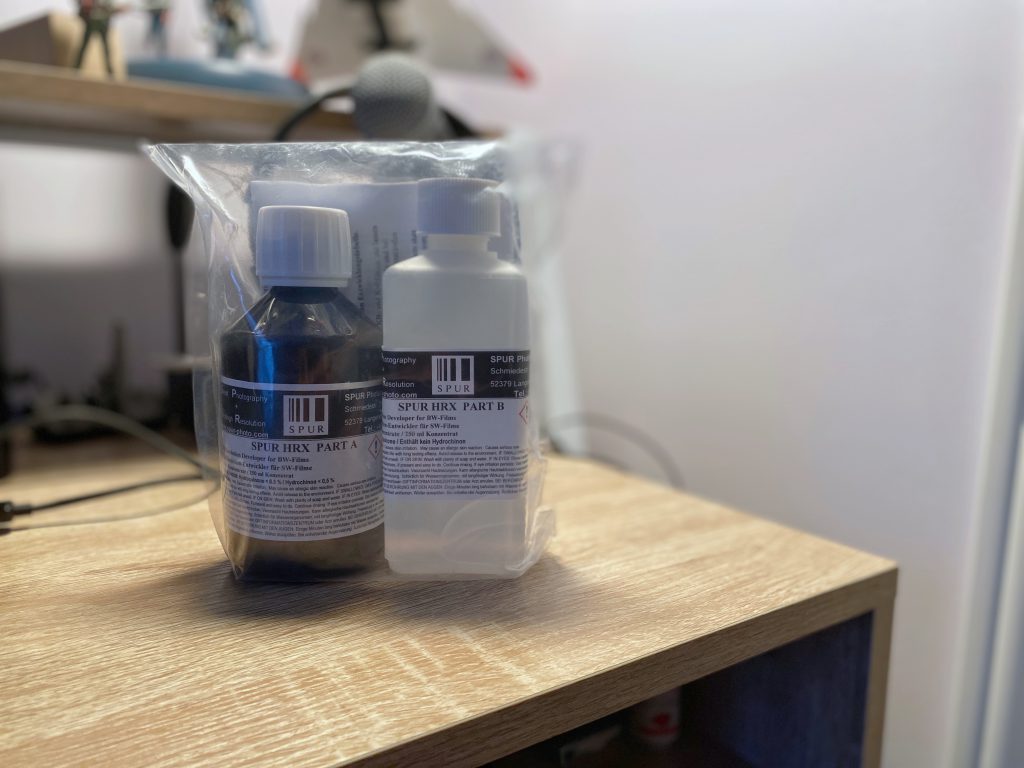 Black/White & Green
Coming from a strong backing of LegacyPro instead of Kodak, and when the LegacyPro ran out, John decided to try out Flic Film’s Black/White & Green. This is a commercially available version of PC-TEA. It looks and acts like old-school HC-110 and gives you developing times equivalent to D-76 1+2. It also is safe to use in septic systems, and you only have to run it with a single dilution. It takes a bit to mix up due to the thick concentrate, but with a bit of effort, it will mix up nicely; it also is longer developing times and is all Canadian. And if you are looking for developing times, Flic Film has an extensive list of films and times on its website.

Grainery – The New Game in Town
A new player in online photo sharing. Grainery is based on the idea of Instagram as it was supposed to be and used to be. But is more dedicated to film photographers, with a similar look and feel to Instagram but in a much softer form. There’s no video, no ads, and it is filled with like-minded photographers. Right now, it is a web-based application, but mobile apps for iOS and Android are coming soon. But for now, the website is mobile browser friendly. The app allows you to add your most common cameras, lenses, and film stocks. It also allows for better uploads; there’s no cropping. What you see is what you get! And while CCR won’t have an official account, our hosts on today’s show are all on the platform and working to build up their online catalogue.