As happy accidents go, when you’re trying to come up with a new slide film, and you reinvent a classic film from the past, there’s nothing wrong with that now is there? P30 is, at its heart a motion picture film and probably make a great reversal film. While I would have loved to try a roll through Dr.5, the expense of the process and a possibility of it not working makes it hard to decide to send it to them. P30 is Rollei Retro 80s on steroids with a touch of Eastman 5363 thrown in for good measure. The images have a deep chrome feel like you are looking at the world through a red filter. 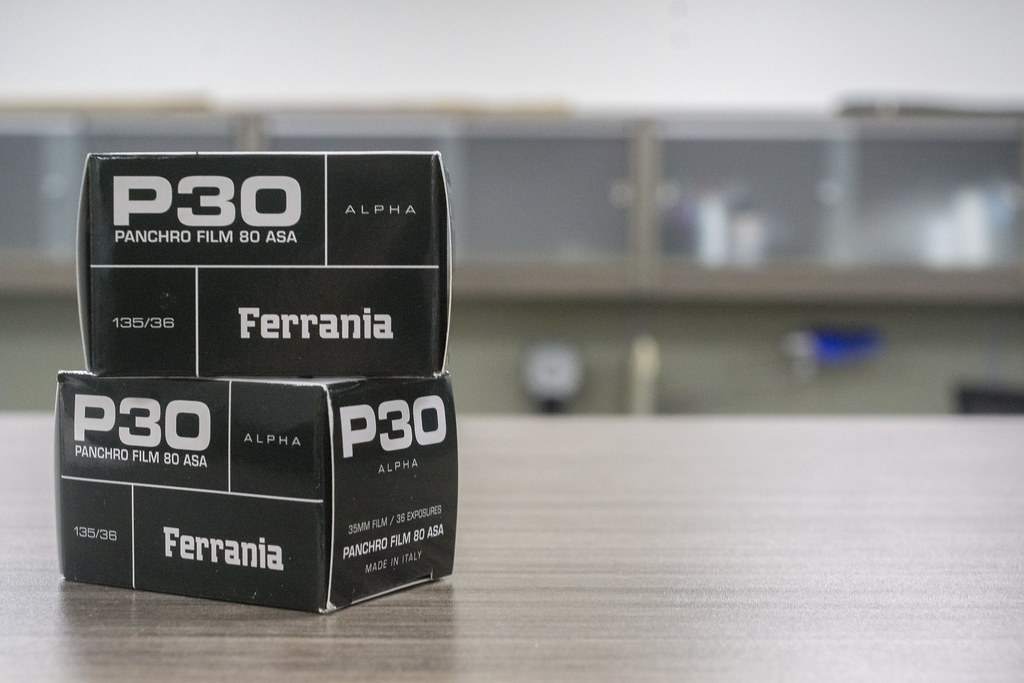 Roll One – Kodak HC-110
For a first impression, I was initially disappointed, the negatives were very thin, there were images, but I would have to push myself in post-processing to pull them out. But when I did, wow, I’m a big fan of a well-developed roll of Eastman 5363. And the results I pulled out were exactly on point. But they also had the quality and feel of images shot through an orange filter, maybe even a red. And the image quality, sharp as a knife, beautiful separation of tones and next to no grain. Personally, I would add an extra 30 seconds to the developing time that might help clean up the negatives.

Roll Two – Kodak D-76
When a company says that a developer is ideal for their film stock, listen to them, I am rather impressed with the way P30 handled D-76, the tonality was dead on the money. But I did notice the loss of the orthochromatic feel that I had with HC-110, but it doesn’t affect my view of the film stock. The film retained its fine grain and sharp resolution even in a rather boring developer.

Roll Three – Rodinal
While not my favourite, P30 does respond to Rodinal rather well. In fact, I find it knocks back the contrast inherent in the film. It shows off the sharpness and resolution of the film stock, however, it doesn’t make the film sing. I think it would do better with less time maybe drop it back to thirteen minutes rather than the given fourteen. There was something lost in this roll of film.

Roll Four – Cinestill D96
Since P30 is a film stock descended from motion picture stocks, it only makes sense to see how a native developer works. While today you cannot get Kodak D-96, there are a couple of options. First is Cinestill D96 the second is FPP-96. Both are modern versions of the classic Kodak developer. And you know, P30 sings, but the results are probably not for everyone. There is plenty of contrast, but that could be due to a little bit of over agitation on my part. Honestly, the contrast isn’t too bad, sure you lose a bit in the shadows, but the blacks are black and the whites are whites. And the greys in between are wonderful! There’s next to no grain and the images are sharp all the same. The only downside is that while the time is short (8 minutes at stock) it’s constant agitation. Which if you have a rotating base isn’t bad, but by hand, being able to keep that slow rhythm is difficult. I should have used some sort of marching song to keep my rhythm. Either way, an excellent combination.

Final Thoughts
I like this film, Ferrania P30 combines everything I like about Rollei Retro 80s and Eastman 5363. Rich contrast, sharp images, and a touch of orthochromatic response in the blues. I hope that the fine folks at Film Ferrania don’t stop producing this film and move it beyond an Alpha release and into full production along with their long-awaited slide film and maybe even a return of Solaris. But if you’re a fan of Retro 80s but can’t stand that polyester base, then P30 is the film for you. And while production is happening on a regular basis, there are limitations to quantity. Plus with P30 no longer being in Alpha, full production is ramping up. You can get it directly from the FilmFerrania Store, they do have a distribution warehouse in North America so shipping is fast. But you can also get it from various online outlets such as the Film Photography Project, Freestyle, B&H and also physical storefronts like Downtown Camera.