If you want your images to have something that no other images have, then shoot Infrared film, it literally sees the world in a different light, infrared light to be exact. While these days there aren’t many options for black and white or even colour infrared films save for Rollei IR400 and the FPP Infrapan 200. There are however many in the near infrared range. I don’t often work with infrared film stocks as they need just the right set of circumstances to work well. Not to mention special filters, even cameras need to be done right as the film is highly sensitive. But when it comes to IR film, if you really want to try it, it’s Rollei IR400.

Roll 01 – Rodinal
Now the infrared film isn’t exactly known to be fine grain, but if you want strong results than Rodinal works perfectly. Because you’re shooting from behind a filter you have to radically pull the film, in this case, ASA-25, so you don’t really have to worry about a grain fest when working with Rodinal. And up until this point, it has been the only way I’ve developed IR400 and usually if it works, I stick with it. You get exactly what you’d expect, the greens are rendered as white and blues are scary black. 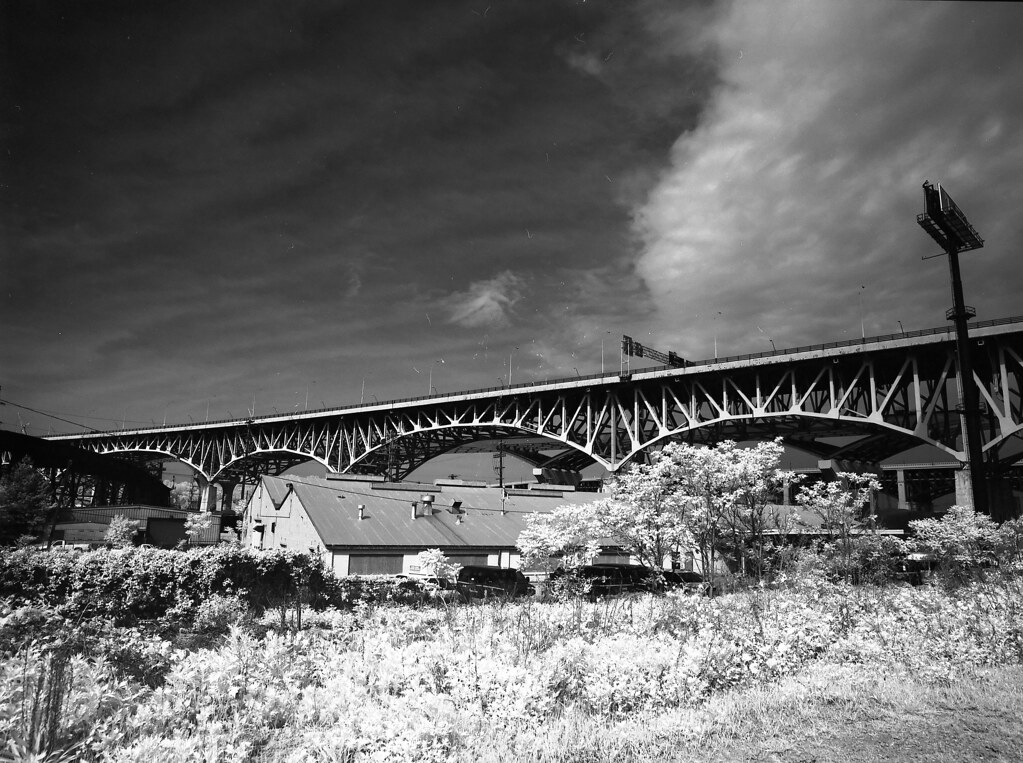 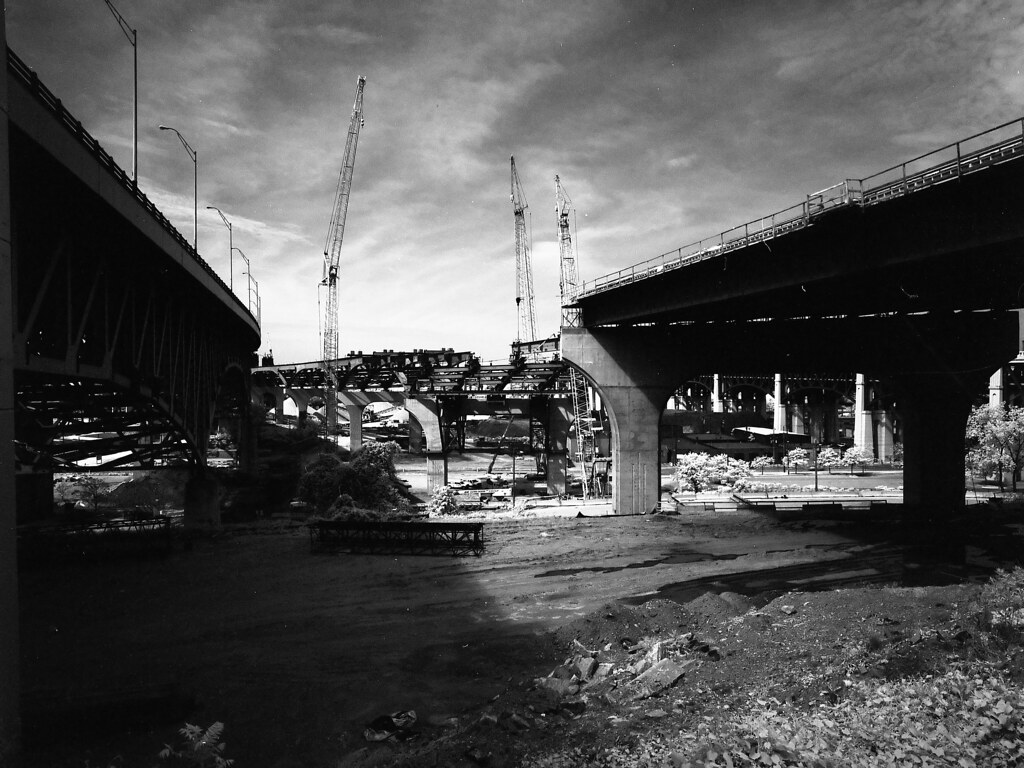 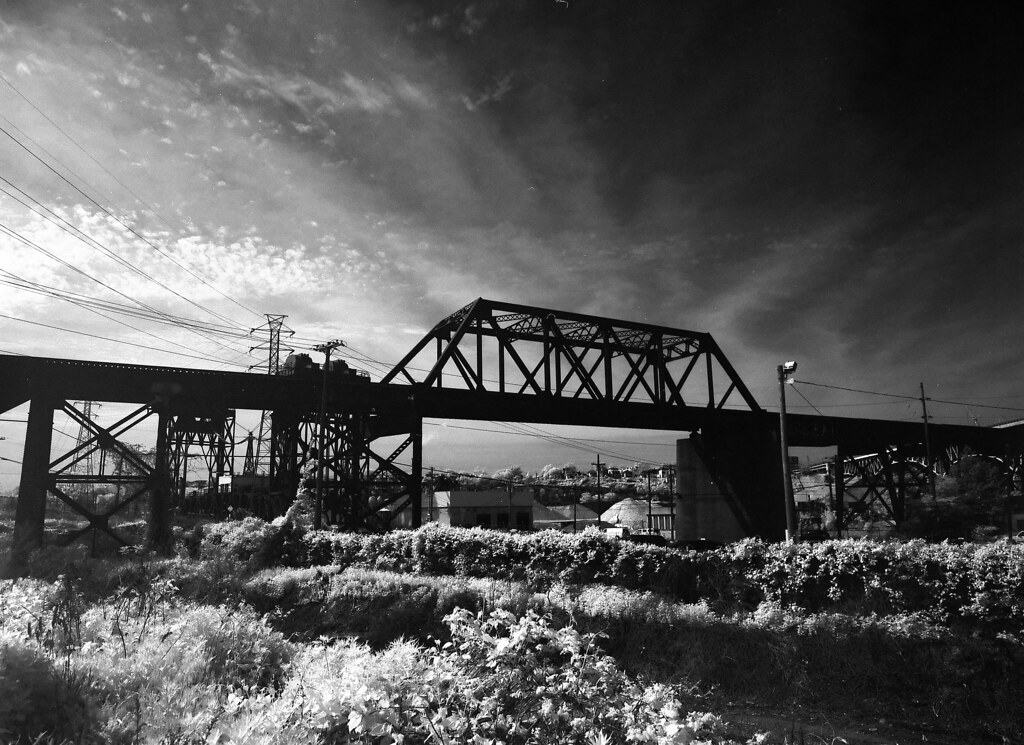 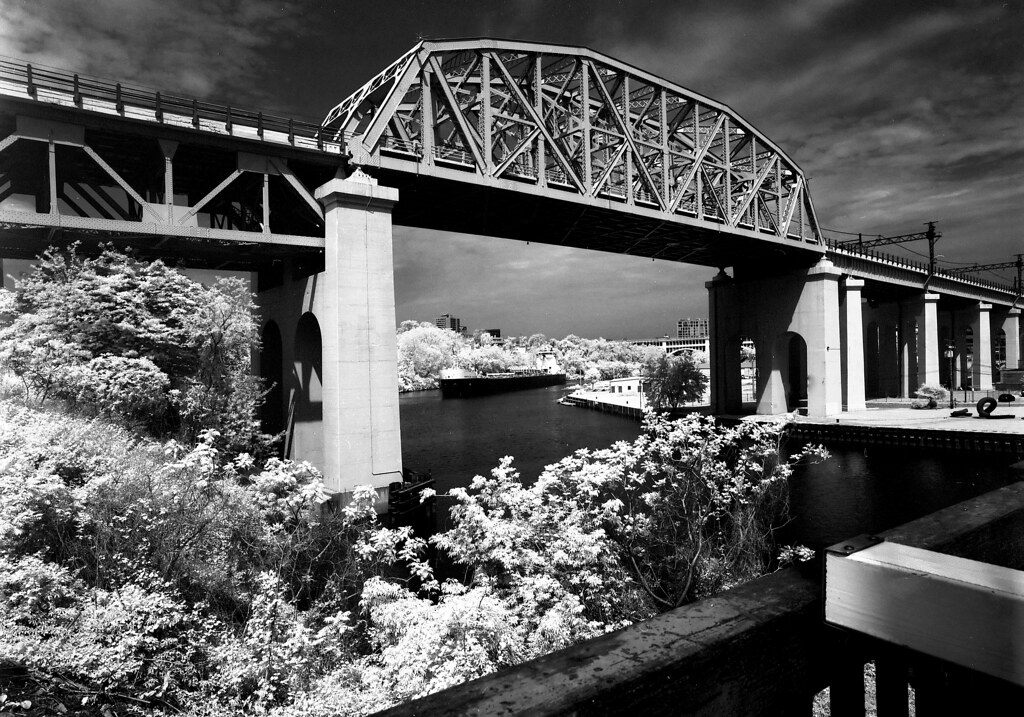 Roll 02 – Kodak D-76
Now I understand that with IR film it’s going to be far more grainy than your average film, and sure the ASA-25 was not the best, so I had higher hopes for ASA-12, but man, I think there’s even more grain. Now again, D-76 isn’t a fine grain developer, but I’ve gotten decent results from it before. Now I think it didn’t help that the light on the day I shot was far from ideal earlier on. It only shows how fickle IR is for the light outside. I think the combo would work better in 120 or 4×5 and with better light. 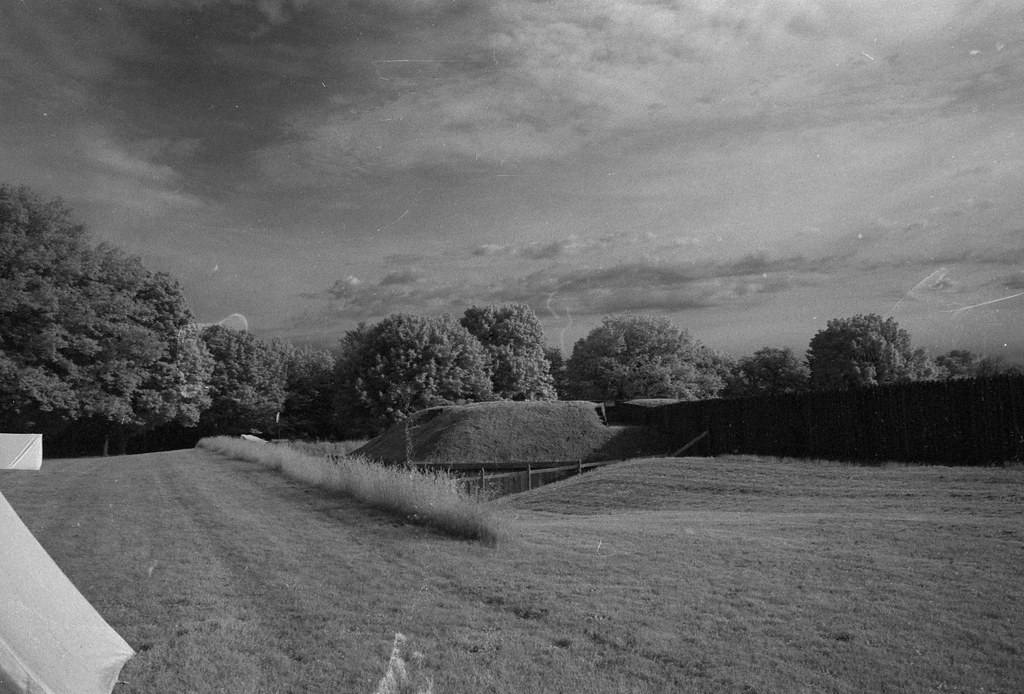 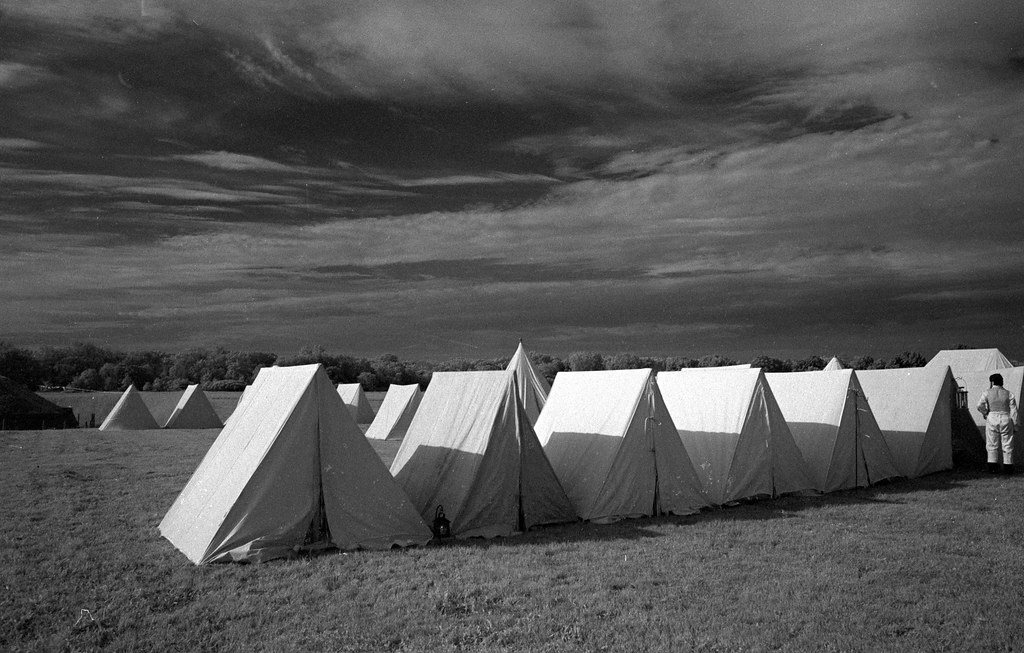 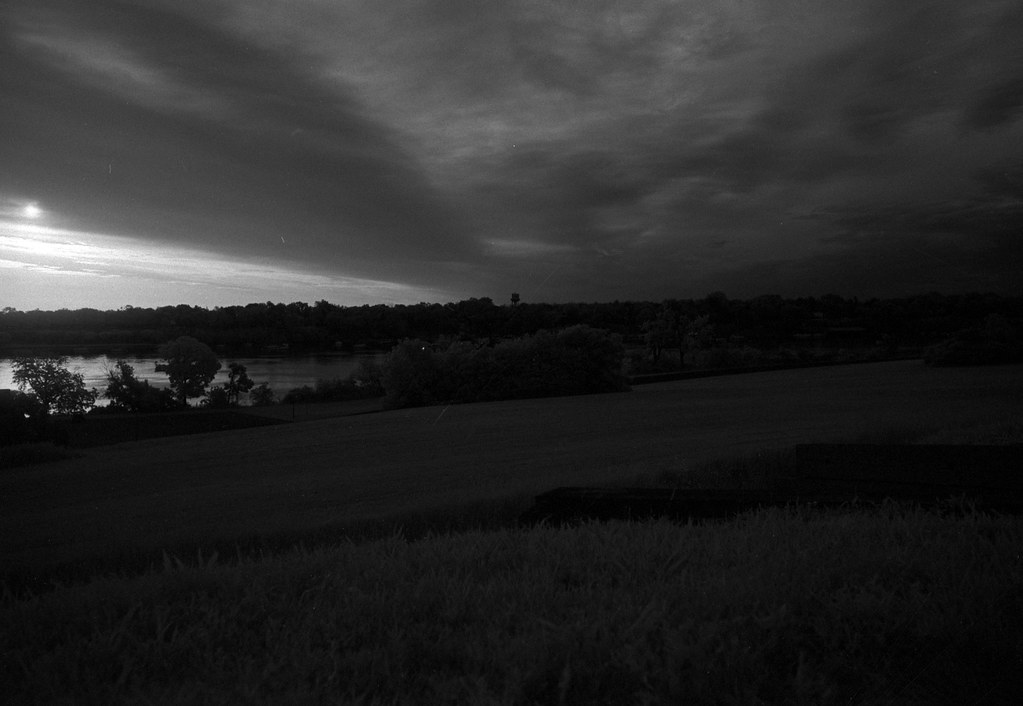 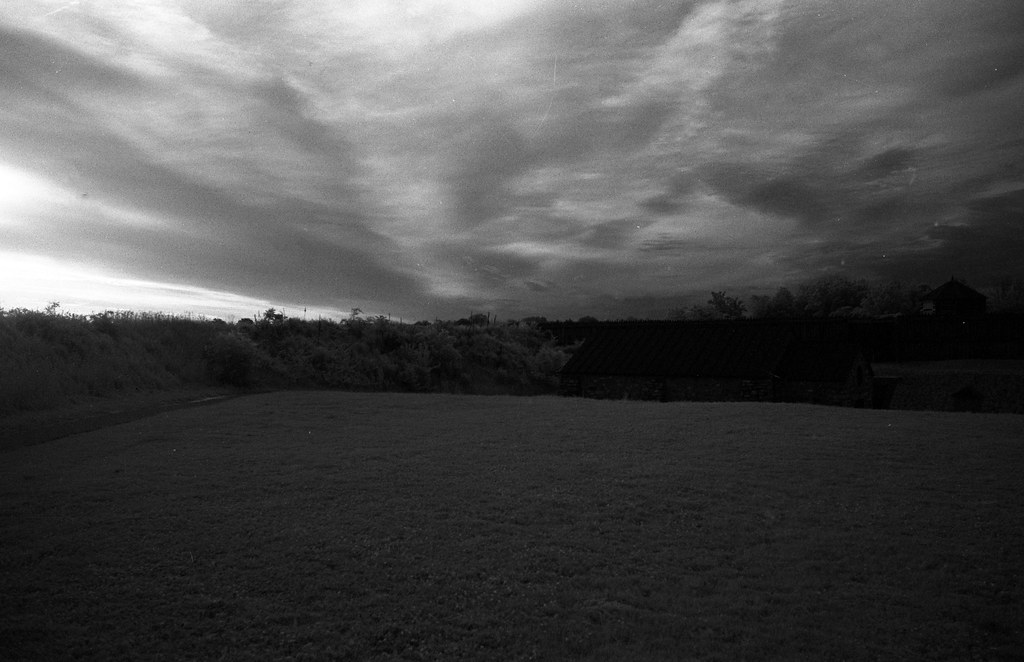 Roll 03 – Kodak HC-110
Honestly, there were misgivings, HC-110 isn’t known as a fine grain developer and pumps up the contrast, combine that with a fickle film, you’re going to start running into problems. But I was totally wrong, even with Dilution B the results are awesome. I think the grain is under control for two reasons, the first being that I shot the film at ASA-12 the second is that its medium format. Either way seriously impressed at how well the film responded and gives that mythical Infrared look. 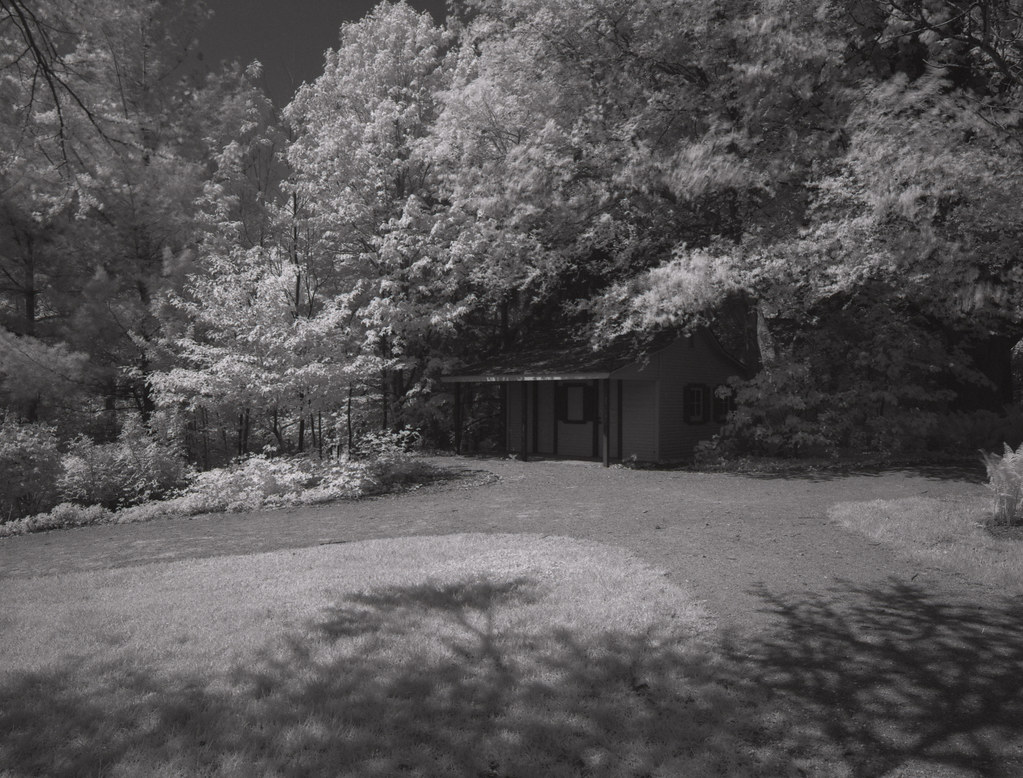 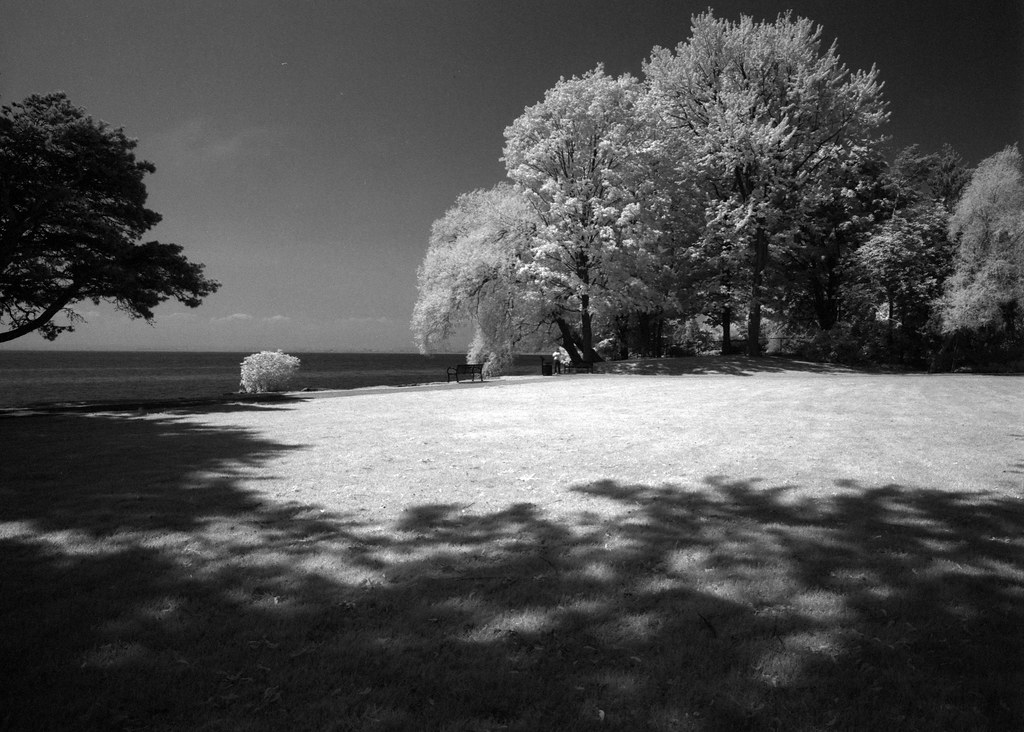 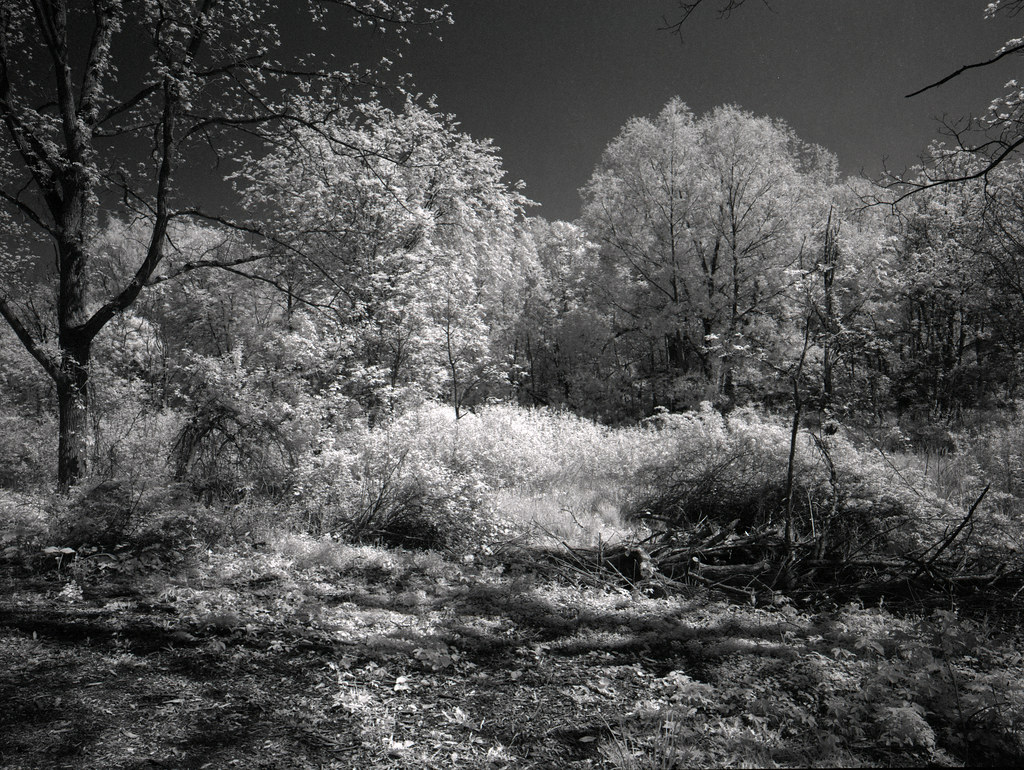 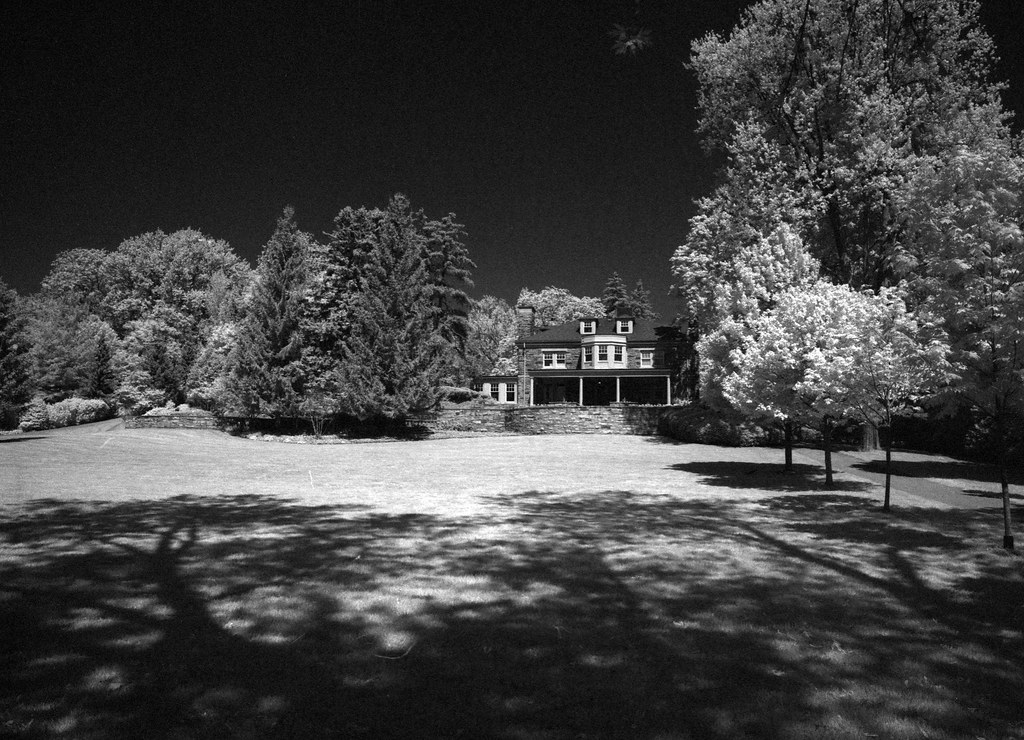 Roll 04 – Kodak TMax Developer
I never said that Infrared film would have fine grain and this certainly shows that fact. I am rather surprised at the amount of grain I got from these images it looks closer to TMax P3200 shot at 3200 than a 400-speed film pulled to ASA-25. Yet there’s nothing wrong with that, an infrared film has always had a far greater amount of grain. And I have no idea how old the particular roll I shot is. The roll was fresh when I got it but then ended up getting buried under mountains of other films. But when it comes to using TMax developer, I don’t recommend it, even though you got the clear infrared look and feel out of all the images. 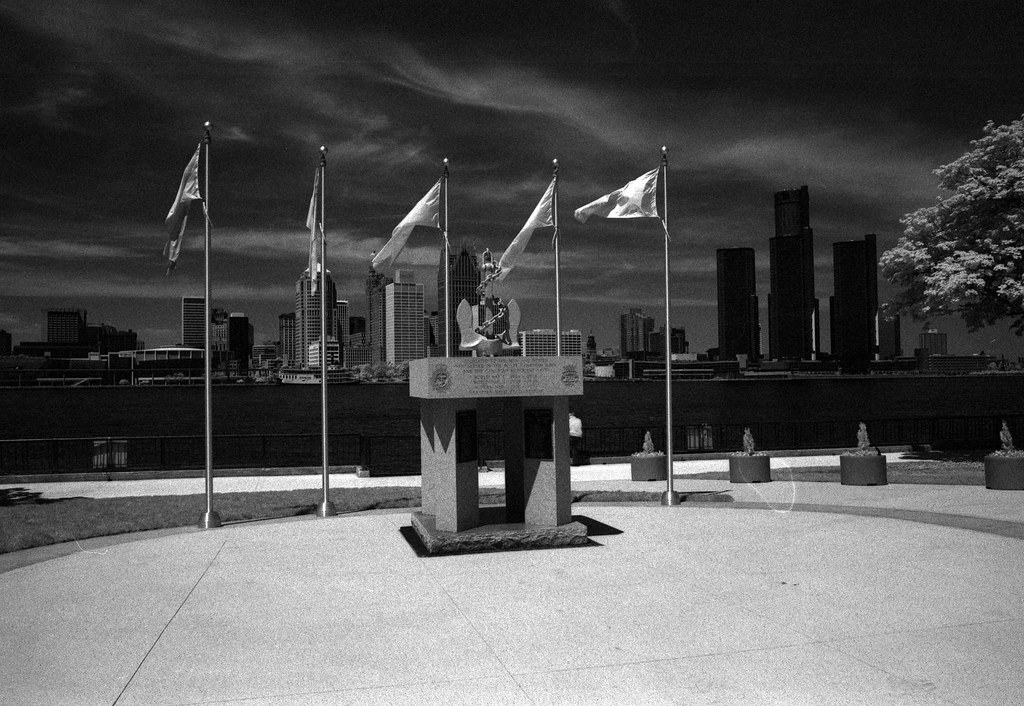 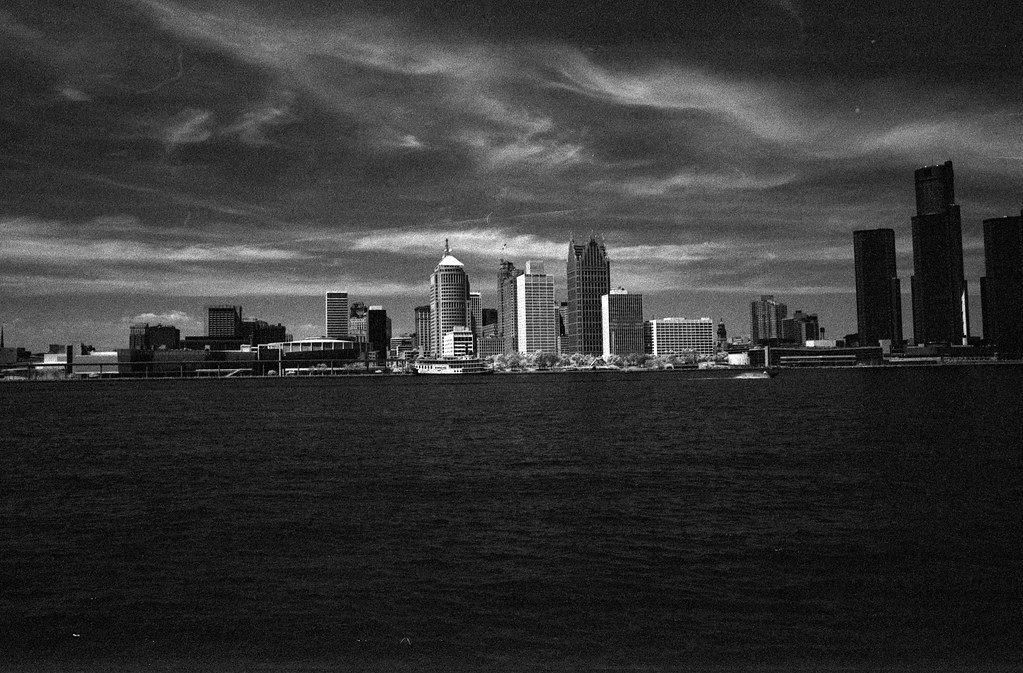 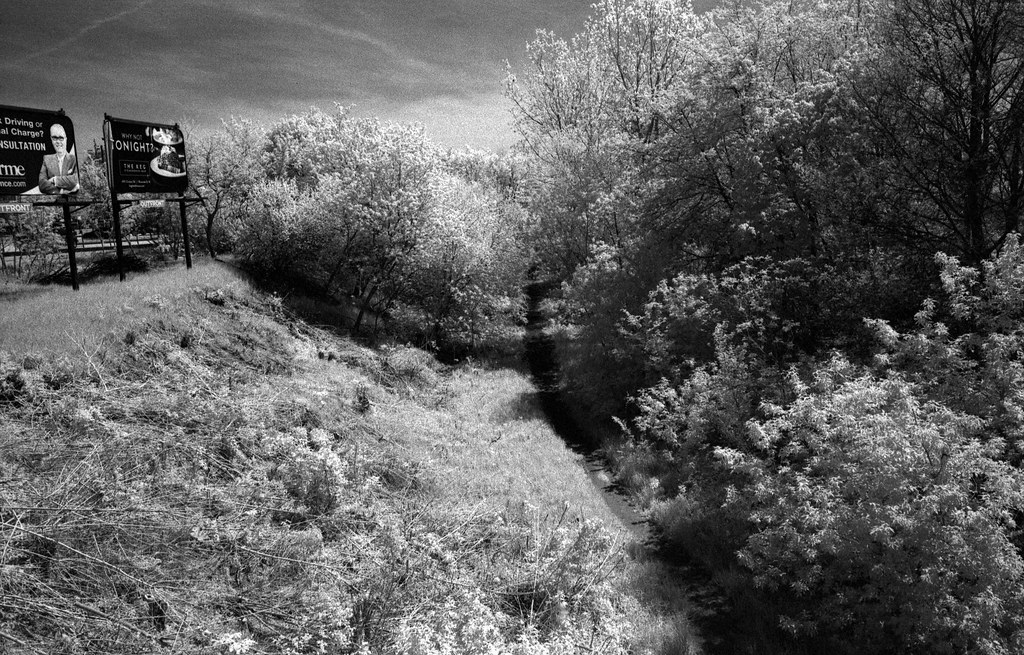 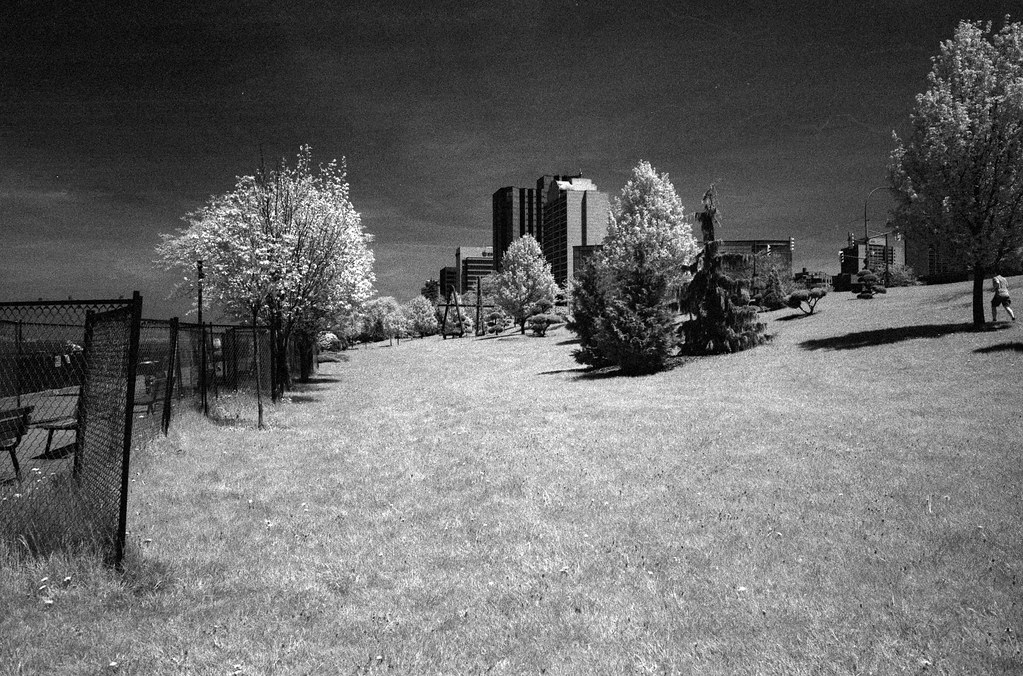 Final Thoughts
When it comes to Infrared photography choices these days are fairly limited. While you have the near IR sensitive films such as Rollei Retro 400s, Retro 80s, Ilford SFX 200, even JCH StreetPan 400, there are very few actual black & white infrared films out there. Gone are the days of Kodak HIE and Konica’s IR film, so you really have no choice but Rollei IR400 or Film Photography Project’s Infrapan 200. As a film, I’m a fan of it, but you need every condition to be perfect, bright sunlight, clear skies, lots of greens and blues to carry it. And also you need an IR filter, I use a B+W 092 and a Hoya R72, I got a deal on the 092, but my wallet certainly hurt after ordering the R72. Not to mention you’ll face issues if you shoot the 35mm film through a camera that uses a DX sensor, or labs that use IR in automated machines. And don’t forget to adjust your focus, most manual focus lenses have a red dot to put your focus point at, because infrared is not part of our visible spectrum. But if you shoot at a higher aperture at least f/8 with a wide angle lens, you should have no issues getting a decent depth of field to get everything you want in focus. Rollei IR400 is a fickle film that needs a steady hand to use, but it is certainly worth the effort to get something rather magical. If you’re looking to pick up the stock, it is mostly available online through MacoDirect, Argentix, or B&H. There are some physical stores that carry it as well.